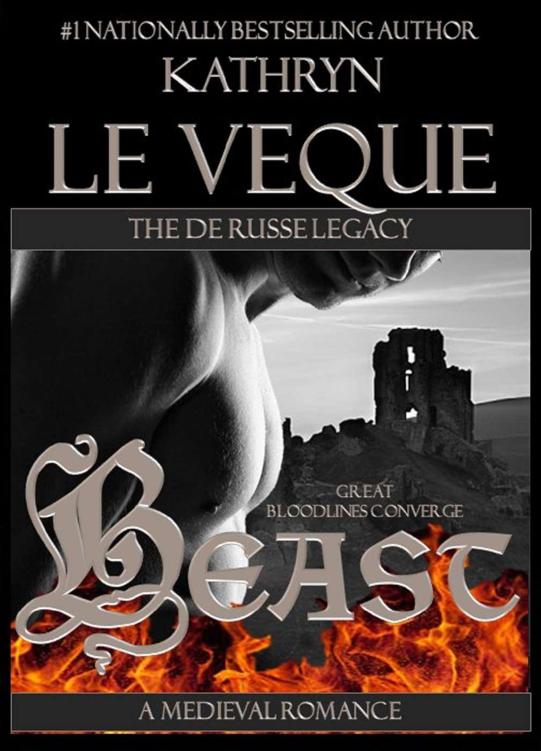 Copyright 2014 by Kathryn Le Veque
All rights reserved. No part of this book may be used or reproduced in any manner whatsoever without written permission, except in the case of brief quotations embodied in critical articles or reviews.
Printed by Dragonblade Publishing in the United States of America

Other Novels by Kathryn Le Veque

So many people help me bring my books to life – it definitely takes a village to keep the Le Veque writing machine going. So, here we go with some heartfelt acknowledgments -

Many thanks to my wonderful Amazon representative, Stacy, for her help and encouragement.

Many thanks to my team – Scott, Kris, and newcomer Ashley for their support and skill.

Many thanks to my Street Team who unashamedly help spread the word about me and my novels.

Many, MANY thanks to some members of my writing sisterhood – Suzan Tisdale, Tanya Anne Crosby, and Claire Delacroix for their unwavering support and advice. Fantastic ladies, every one of them.

And, of course, many thanks to my readers who offer me support, suggestions, opinions, and a few giggles. You guys rock!

The prologue of this novel involves the premise of a legend....

The novel is set in the year when Joan of Arc was burned at the stake. In doing research for just the opening scene, I came across lots of information about Joan. I read her trial transcripts as well as details of the trial itself. I read anything I could find about her actual death. It is widely accepted that her remains were burned, re-burned, and then thrown into the Seine River to prevent relic hunters, but the Catholic Church advocates that her heart – of all things – survived the pyre. So did her intestines.

Now, there are actual medical reasons why entrails and organs may have survived, but in the 15
th
century, it was seen as a miracle. That being said, what you will read in the prologue isn’t fiction. If you believe the Catholic Church, it is very real. Joan was made a saint in 1920 and is one of the patron saints of France.

More interesting information on Joan – she wasn’t actually convicted of heresy. She was convicted of cross-dressing of all things, considered a relapse of her heretic tendencies. Her trial transcripts are truly intriguing and open up the world of Medieval inquisition that is both fascinating and horrifying. It’s also a terrible lesson in Medieval (in)justice because Joan was actually tricked into cross-dressing (which she had sworn off before the magistrates under penalty of death) by the Duke of Bedford when he took away her female clothing and only left her male clothing to wear. Again, this offers more captivating insights into a 19-year-old woman who was basically railroaded by the English and their French conspirators.

Based on that legend, of a young woman who really suffered some terrible injustices, a sympathetic English knight known as Beast was born.

Home to Me (The Andrades, Book 2) by Ruth Cardello
Why Does He Do That?: Inside the Minds of Angry and Controlling Men by Bancroft, Lundy
Year of the Talking Dog: A Hana Walker Mystery (The Hana Walker Mysteries Book 2) by Patrick Sherriff
Lady Miracle by Susan King
Below Stairs by Powell, Margaret
Hay Fever by Bonnie Bryant
Bare Skin: A Billionaire Romance by Leah Holt
In His Shadow (Tangled Ivy Book 1) by Tiffany Snow
Last One Home by Debbie Macomber
La yegua blanca by Jules Watson