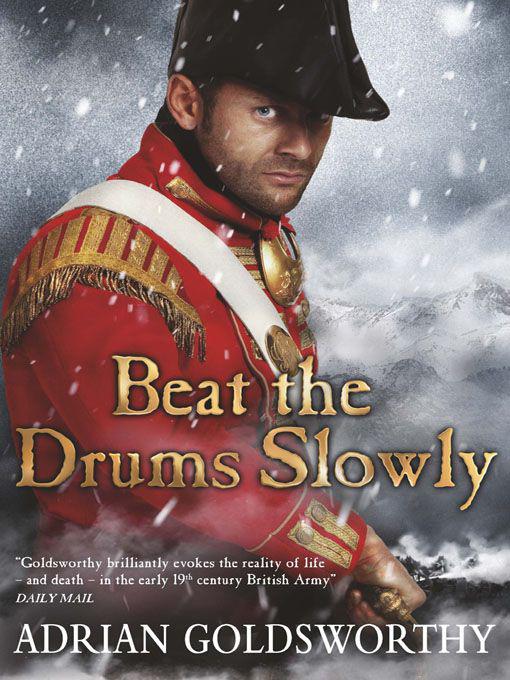 Second in the series begun by TRUE SOLDIER GENTLEMEN, the story takes our heroes through the winter snows as Sir John Moore is forced to retreat to Corunna. Faced with appalling weather, and pursued by an overwhelming French army led by Napoleon himself, the very survival of Britain's army is at stake. But while the 106th Foot fights a desperate rearguard action, for the newly promoted Hamish Williams, the retreat turns into an unexpectedly personal drama. Separated from the rest of the army in the initial chaos, he chances upon another fugitive, Jane MacAndrews, the daughter of his commanding officer, and the woman he is desperately and hopelessly in love with. As the pair battle the elements and the pursuing French, picking up a rag-tag band of fellow stragglers along the way - as well as an abandoned newborn - the strict boundaries of their social relationship are tested to the limit, with surprising results. But Williams soon finds he must do more than simply evade capture and deliver Jane safe and sound to her father. A specially tasked unit of French cavalry is threatening to turn the retreat into a massacre, and Williams and his little band are the only thing standing between them and their goal.

To Bill Massey and Carole Divall, with thanks
BEAT THE
DRUMS SLOWLY

As I was a-walking down by the Lock Hospital

Dark was the morning and cold was the day

When who should I spy but one of my comrades
,

Draped in a blanket and cold as the clay
.

Then beat the drums slowly and play the fifes lowly

Sound the ‘Dead March’ as you carry me along

And fire your muskets right over my coffin
,

For I’m a young soldier cut down in his prime
.

Got six of my comrades to carry my coffin
,

Six of my comrades to carry me high
,

And each of them carry a bunch of white roses
,

So no one may smell me as we pass them by
.

Lyrics, c. 1780, to an old tune probably now most familiar as the ‘Streets of Laredo’. There are many variations on the lyrics. 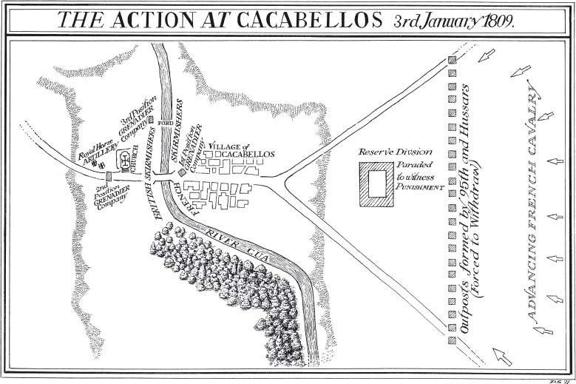 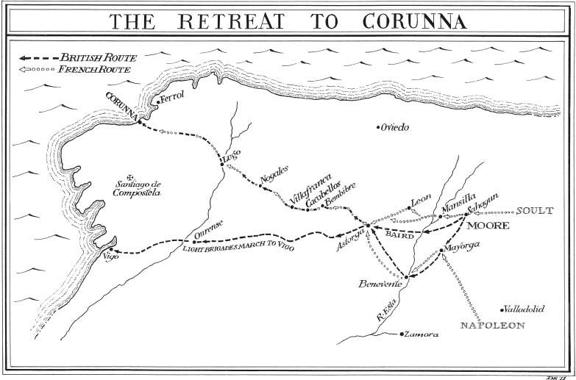 T
he first horseman splashed through the ford with barely a check, cloak drawn tightly around his neck against the night’s chill. A glance behind showed that his companion was having difficulty with his borrowed mount.

‘Come on, Williams,’ the man called back, trying to sound friendly even though it dismayed him that a fellow officer was so lacking in this essential accomplishment of a gentleman. ‘Not far now.’ His encouraging smile was lost in the shadow of his cocked hat and the gloom of the night. Cloud for the moment masked the bright moon, leaving only a faint glow off the snow-covered fields.

‘Doing my best,’ replied Ensign Williams, for although he disliked Captain Wickham and resented his condescension, he was obliged to respect his superior rank.

‘Go on, Bobbie! Go on, girl,’ he added more quietly. The mare flicked her head up, then tugged at the reins and took a couple of paces backwards. She did not like the look of the fast-flowing water, or perhaps it was the rushing noise and the clicks and reflections from the chunks of ice that had come from the mountains not many miles away. Williams prodded his heels against her side once again. Ears twitching, the horse began to turn away.

‘Get on with it!’ The impatience was obvious in Captain Wickham’s tone, his consciously suave demeanour beginning to crack. ‘We must not keep Lord Paget waiting.’

They were riding to join Lieutenant General Lord Paget, eldest son and heir of the Earl of Uxbridge and the commander of the cavalry forming the vanguard of the British Army. Wickham obviously relished using the title, and had already done his best to imply a degree of familiarity. Although belonging to the same regiment, the 106th Foot, the captain had been given a staff appointment back in August, secured through the offices of powerful friends. Williams had often wondered whether these knew or cared anything about the actual talents and character of the man whose advancement they fostered. Personally, he had seen enough of Wickham to despise him both as a soldier and as a man.

Williams had no whip, as indeed he had no spurs, although since he instinctively felt the latter to be cruel this caused no regret. His boots were the same as those issued to the ordinary redcoats of the regiment, as were his gaiters.

An ensign was the most junior of commissioned ranks in the British Army and Williams had been an officer for barely four months. Before that he was a Gentleman Volunteer, a man without friends to secure him a commission or the money to purchase one. A volunteer marched in the ranks, carrying a musket, wearing the uniform and doing the duty of an ordinary soldier. All the while he lived with the officers of the regiment, waiting until battle created a vacancy and he had shown sufficient courage to deserve it. Back in August he had fought the French in Portugal and both of those things had occurred. Not only that, but he had survived to receive the promotion.

Now it was just a few days short of Christmas in the year of Our Lord 1808, and the British Army had marched from Portugal into Spain. They were riding to join the foremost vanguard of that army, although Wickham had still not told him why he had been summoned from his battalion.

Pulling on the reins, Williams tried to guide the mare back towards the ford. Suddenly she went sharply in that direction, turning full circle.

‘Damn it, Bobbie,’ he muttered. ‘It’s only water.’ A religious man, who often seemed rather sombre when he was not with his few close friends, Williams rarely swore, but had always found that riding encouraged the practice. His friend Pringle had bought the bay mare from among the horses captured from the French at Vimeiro. It was a scrawny beast, for French dragoons took poor care of their mounts, and her left eye had been lost long ago to infection, leaving a gaping, empty socket. Yet she was normally willing, if insanitary in her habits – ‘likes pissing on her own hay’, was Billy Pringle’s verdict. He had christened her Roberta, but quickly shortened it to the less respectable Bobbie or even Bob.

‘For God’s sake!’ hissed Wickham. Waiting on the far bank, he was beginning to feel the deep cold of the night, and tugged his heavy boat cloak even closer around him. Williams wore nothing over his red jacket, with its ensign’s epaulettes and shoulder wings marking him out as a member of a flank company. Ensigns in the rest of the battalion wore only a single epaulette on the right shoulder. He possessed no cloak, and although his soldier’s greatcoat was warm enough, it was far too awkward to wear on horseback.