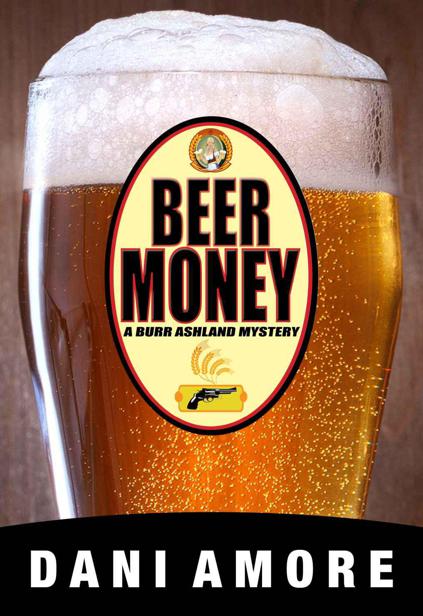 “Dani Amore writes fast-paced, gripping tales that capture you from Page One and hold you enthralled till the last word. This lady is one hell of a storyteller.”

“Dani Amore is a sensation among readers who love fast-paced thrillers.”

“Amore is definitely one to watch."
-Edgar-nominated author Craig McDonald

"Dani Amore's writing reminds me of the great thriller writers -- lean, mean, no nonsense prose that gets straight to the point and keeps you turning those pages."
-Robert Gregory Browne

"
Dead Wood
is a fast-paced, unpredictable mystery with an engaging
narrator and a rich cast of original supporting characters."
--Thomas Perry, Edgar-winning author of The Butcher's Boy.

"As gritty as the Detroit streets where it's set,
Dead Wood
grabs you early
on and doesn't let go. As fine a debut as you'll come across this
year, maybe any year."

BEER MONEY
is a work of fiction. Names, characters, places, and incidents either are the product of the author’s imagination or are used fictitiously. Any resemblance to actual persons, living or dead, events, or locales is entirely coincidental. All rights reserved. No part of this publication may be reproduced, stored in a retrieval system, or transmitted, in any form or by any means, electronic, mechanical, photocopying, recording, or otherwise, without prior written permission from the author.

To Find a Mountain

“…and beer gushes to be churned to blood…”

Strong hands held him by his shoulders. Pulled him toward the window.

The words reverberated in his head.

A piece of advice he'd picked up from his father. Or maybe his high school football coach. Maybe a late-night war movie.

He tried to hold his feet steady against the floor but his legs buckled. His body numb. He blinked away the bloody film covering his eyes. The glass in the window was the heavy kind, with the undulating warped surface and beveled edges. It reminded him of the first house he and Emily had ever owned. An old, run-down Victorian on the East Side.

He felt the hands shift on his body. One moved to the back collar of his sportcoat, the other grabbed the back of his belt. The memory of the glass windows, of that first house, popped through his mind flashbulb-quick.

Suddenly, he felt his feet leave the ground and his body was propelled through the air with astonishing speed. He felt nothing as he crashed into the glass. His skull punched a hole in the thick window and then he was pushed through.

When his shoulders hit the window the entire frame of glass exploded outward. The noise rang in his ears, registered somewhere far away in his mind. Jagged shrapnel buried itself in his chest arms and shoulders. Raked giant, bloody furrows down through his legs.

And then he was falling.

Through the numbing gauze of his brain, a distant part of him felt the cold wind on his face. It reminded him of tobogganing in the harsh Wisconsin winters. When he’d once built a ramp of ice-covered snow, imagining himself to be Evil Kenievel flying over rows of motorcycles.

Now there was no sense of childhood adventure. He was an objective viewer watching the cold unyielding earth rush toward him.

His body turned in the air, became perfectly vertical. He hit standing up. The force of the fall drove him to the ground. His legs, cracked and broken, folded beneath him.

He slammed into the concrete. His arms splayed out from his sides.

Blood seeped from the corner of his mouth.

He knew something was wrong. That his body didn't work. And that it would never work again. He thought then of his ex-wife, snapshots from the honeymoon in Jamaica. The first house on Huron Street. A few good years and then the beginning of the end of the marriage. A slow dissolve to black.

A door banged open in the distance. Footsteps approached. Crunched on the pieces of glass. He heard moaning and realized it was coming from somewhere deep in his chest, bubbling in his throat. He ran his tongue over his cracked lips. Tasted the salt from the sidewalk.

The visions of his ex-wife left him and now he thought of Julie. Her green eyes. Her smile. Her laugh. She was his new lease on life. In the dim recess of his mind where logical thought hadn't yet been extinguished, he understood the current irony of that thought. A small cluster of agony rose within him. He just wished he could say good-bye to Julie.

A low fog began to drift over the image in his mind, and through it, he saw a figure standing before him.

"Please..." was all he could muster. Blackness rained over and around him.

"Professor Bantien," the shape said. The dying man heard something metallic. Tried to place the sound. Something to do with a gun. Bullets. "Look on the bright side," the shadowy figure said. "All these years studying history…and now you actually get to become it.”

The barrel of the gun was pressed to the dying man's head. He closed his eyes.

The gunshot echoed in the darkness.

I watched the bartender pour me another beer. It was one of my favorite beers in the whole world, but for the life of me I couldn’t remember its name at that moment.
How many had I had?

Well, there’s strength in numbers, I thought.
Who said that? Patton?

“What, for me?” I said as she slid the glass of pure deliciousness in front of me. Her name was Kimmie. The bartender. Not the beer. The beer’s name was something that ended with the word Pilsner.

“Thirsty today, Burr?” she said to me. Kimmie smiled and I thought she was awfully cute. Which was strange, because I seemed to recall only yesterday that she sort of looked like a cross between Fidel Castro and an alpaca.

“I’m getting over a cold, need plenty of liquids,” I said.

Kimmie nodded and moved off to take the orders of a couple of newly arrived customers.

I checked my watch.

I looked at my glass. How could it be half gone already? Damn beer thieves, they were the worst. Probably used a long straw when I wasn’t watching.

I quickly drank the rest before the thieves returned and ordered another. This would be my last.

“Close out my tab, too, please,” I said to Kimmie.

As I was signing the bill and appreciating the beauty of the new beer, so much sexier than the old beer, my cell phone buzzed.

"This is Burr." My name is Michael Ashland, but “Burr” was my nickname from high school, given to me by my football coach. I had been a defensive back and my coach had liked the way I attached myself to the opponent's wide receivers.

Quite literally, the name stuck.

"Burr." The nervous voice on the other end of the line belonged to Fred Pip, a low-budget local commercial director, and a friend from way back.

"Of course you are Fred." I said. "That's what you do for a living. If you didn't have something to worry about, you couldn't survive. It'd be like Mother Theresa suddenly deciding she needed to pamper herself for a change."

"Burr, I'm serious. And worried." Fred did in fact sound very serious and quite worried.

Fred was a sweet guy; there was no getting around it. I read once that altruism is the highest form of human development. Whether or not it's true, I don't know. But there were two things I could say about Fred Pip with the utmost certainty. He was gay. And a better man than I would ever be.

"So what are your worried about, Fred? Studios in Hollywood tracked you down?" Fred had the biggest movie collection I'd ever seen in my life. He’d gone from illegally taping them to illegally downloading them. He was always shoving DVDs and hard drives full of movies at me. And then, at his insistence, I would have to call him the minute I finished watching one so we could 'discuss.'

"Have you heard from Tim?" he asked.

"Uh, we were supposed to have lunch yesterday...he should have called me." Fred sounded hurt and worried. Like the parent of a wayward child.

"Well let's get his face on a milk carton right away, Fred," I said.

"I've been trying to track him down," Fred said. "He's nowhere to be found." His voice was rising, heading for the Panic Zone.

"He's probably at the library, trapped in a study cubicle," I said. I giggled a little, then let a beer belch slide out through my nose.

"And he sent me something weird, like, two days ago," Fred said. He'd lowered his voice. "It makes no sense because he was going to see me yesterday," Fred said.

"What is it?” I asked. "Some type of masturbatory accessory? "

I sighed. I had just finished up a divorce case. Photos of the client’s wife with the reserve center for the Milwaukee Bucks had sealed the deal.

It had been a rough night. I silently cursed Kimmie the bartender. Why had she kept shoving those beers at me? What kind of masochist was she?

From the bed, I could see snowflakes falling on the Dutch Elm tree outside my window. Big splotchy flakes that fell with nearly audible plops.

I swung my feet off the bed and sat upright. The pounding in my head was persistent but had no rhythm. Like a country band on its first rehearsal.

The clock read just past nine.

The Price of Peace by Mike Moscoe
You Disappear: A Novel by Jungersen, Christian
It's a Love Thing by Cindy C. Bennett
Chasing the Valley by Skye Melki-Wegner
Guilt by Jonathan Kellerman
Pickers 1: The Find by Garth Owen
The Emissary (Horse Women of the Zombie Apocalypse) by Jordan, K. A.
Such Is Death by Leo Bruce
She Is Me by Cathleen Schine
365 Ways to Live Happy by Meera Lester