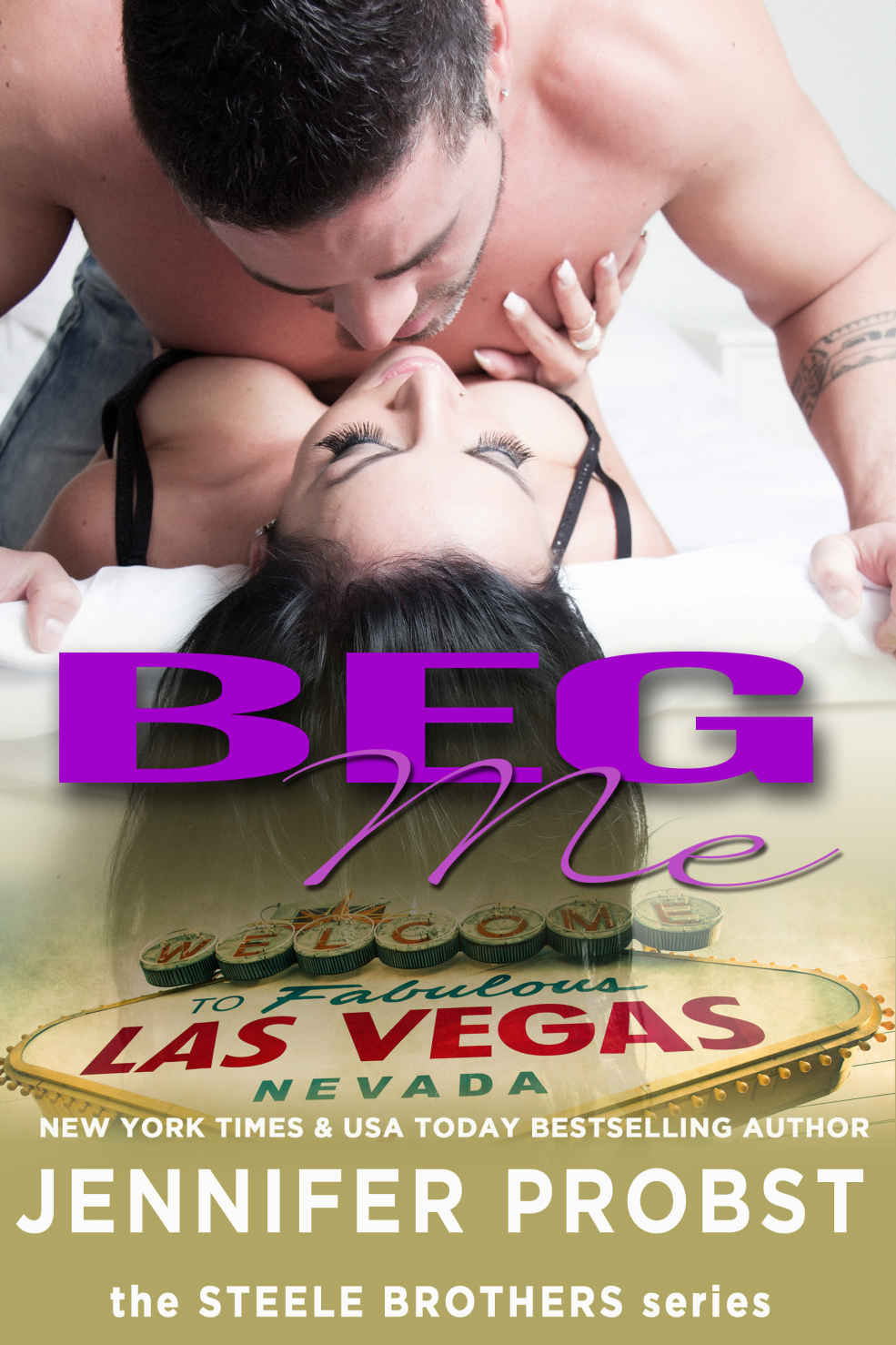 There are so many more but I’d need a book to list them!

This book is different.

Thank you, as usual, for reading. 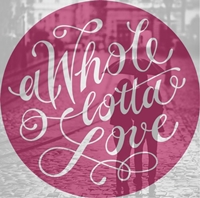 Support the author. Buy this book

R
EMINGTON STEELE KICKED BACK ON THE
leather chaise lounge, crossed his arms in front of his chest, and stared at his brothers. Hard. Something big was brewing and he didn’t like it. As the youngest in the crew, he had to be stronger, faster, and smarter than them in order to survive. And this little get-together stunk of a good old fashioned Steele Brother intervention.

“Real nice of you to welcome me to Vegas with a party,” he said. “So, where are your better halves?”

They relaxed in a private VIP room at The Bank, a top-rated club housed in the Bellagio hotel. Remington loved the sleek black, gold, and mirrored elegance of the decor. The mix of jungle and hip-hop music vibrated from the speakers, and the glass encased dance floor packed with writhing bodies floated in the air, serving as the focal point. His oldest brother, Rick, lifted his beer and took a long sip. “Doing girly stuff. Like we’re doing manly stuff. Just because we’re hooked up doesn’t mean we don’t know how to party on our own.”

Rem held back a laugh, especially when his other two brothers, Rome and Rafe, nodded in agreement. Oh, yeah, they were done. Blissed out from love, sex, and all that cotton candy stuff that filled a man’s brain and connected straight to his dick.

The pain rippled through him, but thankfully it didn’t cut right to his heart like it had a few years ago. He’d experienced love once. He’d hoped to experience it again, but Rem wasn’t that lucky. Five years of looking and instead, he only found a pale imitation of his first love over and over, until he’d become so frustrated he turned into a bit of a hermit. The call from his brothers had been his lucky Ace, especially on the heels of yet another broken relationship. Vegas was a fresh start, with endless possibilities. Though he doubted he’d find what his brothers had, maybe he could at least soothe the emptiness for a while. Hot women, flashing lights, and buckets of money was a nice distraction.

“If this is a party, why do I feel like I’m being set up for something?” Rem asked, studying his siblings. Rick, who looked a bit like Thor without the cool hammer, kept his gaze averted. Rome, who was like a George Clooney look-a-like, sporting pre-mature grey hair and steely eyes that kept his lover Sloane in check, cleared his throat. Rem wished to God he’d been able to claim Thor or Clooney as his birthright instead of the ridiculous 1980’s show,
Remington Steele
, which had launched Pierce Brosnan’s career. His mother had been a fervent viewer and named her fourth son in honor of the smooth, charming agent. Even worse, when Rem popped out with blue eyes and black hair, his mother declared it fate. Rem had taken a terrible ribbing from both his brothers and friends’ parents who had also watched the show on television.

His other brother, Rafe, took a shot of Jack Daniels and leaned forward, his palms on his knees. His buzz cut had grown in and he now sported brown curls that matched the brown of his eyes. Former military, and a newly admitted male sub to his lady love, Summer, he spoke calm and steady, like Rem was about to jump out the window.

“We’re worried about you, Rem.”

He arched a brow. “Funny, a few months ago these two called me because they were worried about you. Now I’m the one in emotional trouble? Trust me, dude, I haven’t gone through anything close to you. I’m fine.”

Rafe returned from his overseas assignment with a medal for bravery, a bit broken, and a lot lost. But since he moved to Vegas and met Summer, a new peace emanated from his frame, along with a happiness Rem had never seen before. Got him all choked up. And he adored Summer, with her sunny smile and sweet disposition. He still couldn’t believe she put on a cat suit and dominated his brother at night, but damned if Rem wasn’t proud of Rafe for being true to himself and finding love.

“We think
you
think you’re fine,” Rome cut in. “But
we
don’t. You practically radiate anger and frustration. And we all know those emotions don’t go well with being a Dom.”

Temper flicked from his narrowed gaze. “You questioning my ability to be safe with my submissives?” he asked.

Rick groaned. “No, dude, we all know you’d never hurt anyone or lose control. That’s half the problem. You’re so wound up that nothing seems to satisfy you. Or more to the point: no one. I talked to Dan at Chains and he said you’re having trouble finding women to play with.”

Frustration simmered. His brothers were right. Eventually, he needed to engage in a scene and wring out the anxiety and scar tissue building. “I’m still settling in,” he said. The excuse sounded weak to his own ears. “I’ll be fine.”

“Well, we got you a present,” Rome said. “And if you don’t use it you’ll hurt our feelings.”

Rafe laughed, then handed him a card. It was black and gold with the name FANTA-C scrolled in embossed lettering. Rem flicked the card over and found a phone number. “What’s this?”

His brothers shared a meaningful look that, as the baby, had always annoyed the crap out of him. “That’s the exclusive matchmaking agency we all used. Call the number and tell them I referred you,” Rafe said.

Rem spurted out a laugh and reached for his own beer. It was official. His brothers were certifiable. “I do not need help finding a woman,” he stated. “I’m insulted you think I need an escort service.”

Rome elbowed Rick. “See? They need to change the name of the place, it does sound like we’re getting him a hooker.”

“Listen, it’s not an escort agency, I swear,” Rafe said. “You call the number and fill out confidential forms that details your perfect night with your perfect woman. Anything goes. If they find a match, they call. If you don’t hear from them, it’s because they don’t have a woman who’s your perfect mate.”

Rem stared. “You are crazy. Do you actually think you met your women because of the juju of an agency called FANTA-C?”

“Yes,” they all said in unison.

Holy crap, they really did believe it. He stared at the card and waited. No shock. No tingle. Nothing. It was just an ordinary card with an ordinary service that had fooled his brothers. Weird. His brothers were dealers and bred to spot bullshit or a bad play a light year away. They weren’t the type to believe in magic and love and white picket fences.

Remington wondered if he was missing something. A piece of a complex puzzle revolving around this mysterious FANTA-C. Maybe he needed to try it out himself. Prove to his brothers nothing special happened and it was just pure luck that led them to their mates.

“Am I joining a cult? How’d you get this card if you have to burn them?”

“After your match is complete and successful, FANTA-C gives you one card for a referral. You’re mine, dude. Don’t blow it,” Rafe said.

He let out a shout of laughter. “Fine. I’ll make the call. I’m too intrigued at this point to back out.”

His brothers lifted their glasses in a mock salute. “To the night of your life.”

Rem clinked his shot glass to theirs and drained it in one swallow. Maybe it’s exactly what he needed. He felt so damn… lost. He had everything a man could want on the surface, yet his gut burned for more.

Rem smothered the messy feelings and concentrated on his party.

C
ARA WINTERS TOOK A DEEP BREATH
to calm her rapidly beating heart. Excitement and nerves swirled together in an elegant cocktail she craved to drink in one gulp. It was always like this before a meeting with a Dom. But tonight was so very different than others. Tonight, she’d experience her deepest, darkest fantasies.

Her hands shook slightly as she ran them down her barely there skirt. This dom had been precise about his expectations and requirements for the evening. A bottle of champagne was on ice — “Ace of Spades” Brut Gold to be exact, and two crystal flutes flanked the bucket. The suite was opulent and lush, set off the main strip of Vegas at a hotel that FANTA-C owned. The agency confirmed it was used often for many of their clients, completely safe, and discreet. Decorated in rich burgundy and silver, gilded mirrors, plush carpeting, and a master bed and bath in gold and Italian tile made Cara feel sinfully spoiled. She hoped to use the spa tub and steam shower.

Thank goodness the dom didn’t order her to greet him in standard sub position — on her knees, naked, with legs spread. Though her friend said FANTA-C was a trusted agency, she wanted to be able to talk to the dom that she was trusting her wildest fantasy to, even though she’d sent her list of do’s and don’ts to him already. If the connection wasn’t there, or if she got a weird feeling in her gut, Cara was walking out the door. She’d already phoned her girlfriend with the exact location and room number. Melanie was on stand-by to rescue her if needed.

A soft knock on the door interrupted her nervous thoughts.

Cara hesitated only a moment. Then opened it.

The shock jolted through her like an electrical current. Her body froze, but her gaze hungrily slid over him, noting the delectable changes over the years. He was leaner. Harder. Sooty black hair spilled messily over his forehead, framing aqua blue eyes. Once, those eyes were filled with burning heat. Now, they reminded her of a chilly winter morning, flecked with shards of ice.

His features were still hard and carved from stone, from his sharp Roman nose, square jaw, and slashed cheekbones. His upper lip was thin, setting off the plump lower one that had a habit of kicking up in a half smile. He’d always dressed simply, in dark wash jeans, t-shirt, and loafers, as if he could care less what he threw on his body.

Oh, God, his body. Cara had never forgotten that body.

Whiplash strong. Lean muscles. Eight pack abs from his love of the gym. Corded arms and powerful thighs. Skin a warm, toasty brown. Cara still remembered the patterns of dark hair on his massive chest, and her fingers curled with the need to reach out and touch him.

Of course, she didn’t. As her previous Dom years ago, he’d never allowed her to touch without permission. As the man she’d abandoned without explanation, Cara knew her touch was not welcome anymore.

Waves of tightly wound energy snapped around him. Underneath, Cara caught the sexual chemistry between them flare to life and crackle like a live wire. It was still there. Even after years apart, the moment they came near each other, the connection took over, drawing them together like magnets doomed to never separate.