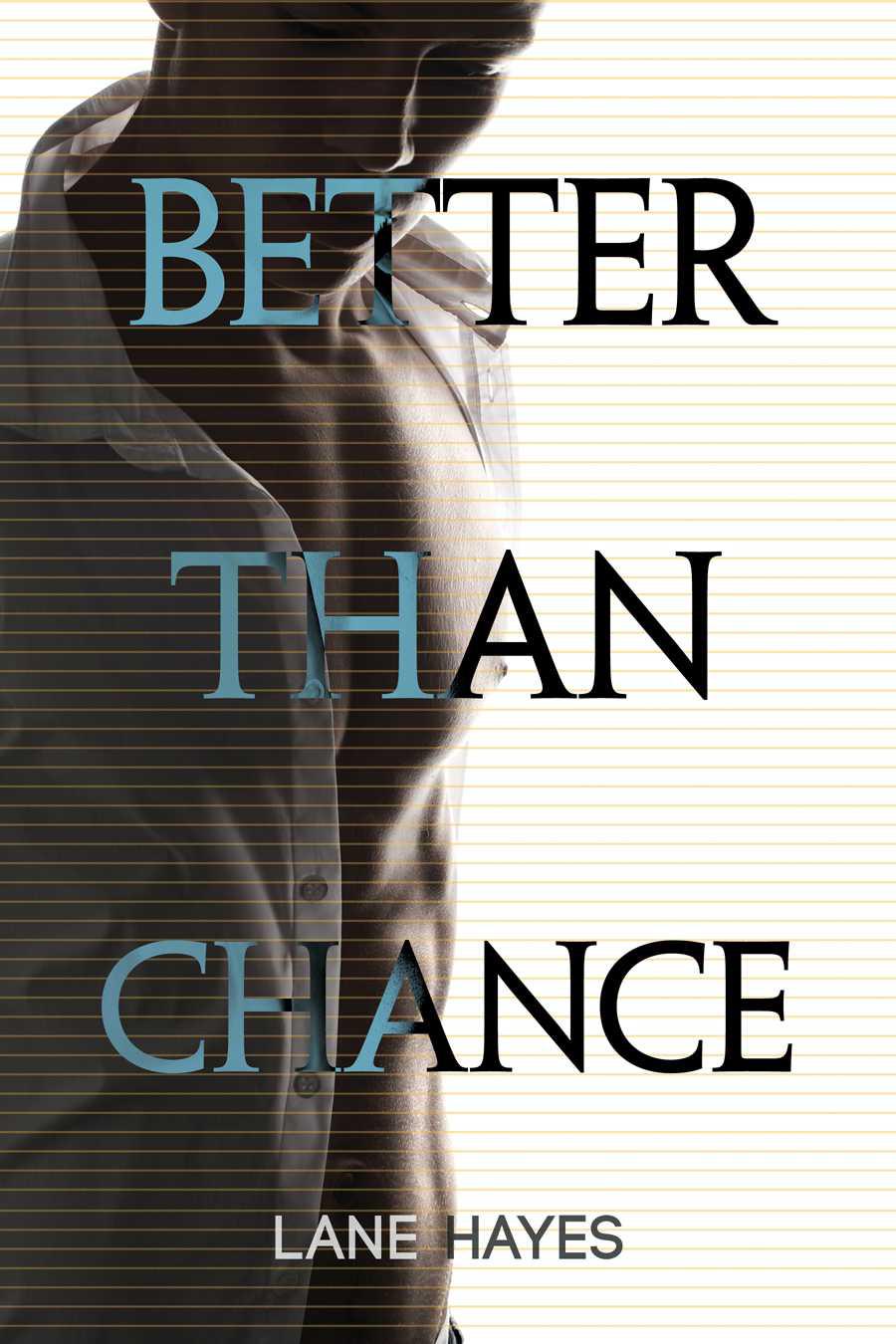 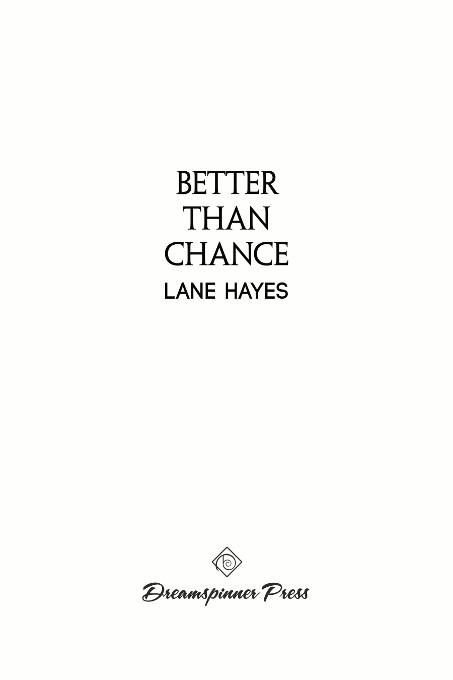 To those who bring out the best in us all. For me… Bob.

I’
M
GETTING
married next month. It’s crazy. Not because I’m not the marrying kind. I am. Definitely. I love any and all things romantic. Songs, movies, novels. As long as there is a happy ending, I’m in. Like many other hopeless romantics, I’m also unfailingly optimistic. I figured the right man was out there somewhere. I could almost picture what he’d look like… tall, dark, and handsome. I’m not necessarily shallow, so I would certainly have entertained blond and homely, but at six foot three, I really hoped for a man on the taller side. In the end, I got what I was looking for, in spades. Well, sort of….

I may have always figured I’d be a married man one day, but Peter did not. Ever. Not to a woman, not to a man… he simply wasn’t that guy. Peter is my fiancé, my boyfriend, partner, lover… soon to be husband. We have been together now for five years. And yes, we’re gay. Out and proud and happy to be so. Peter may be less so than me. Don’t get me wrong. He is a well-adjusted, out gay man; however, that is where the similarities end.

Well, that and we’re both tall. He’s six foot four. After that, it’s a case of opposites attract. But the thing people forget about falling for someone who is your polar opposite is that you may just as easily hate them. That’s how it was for me. No one on this earth could ever deny that Peter Morgan is hotter than hell, and certainly not me. However, once I had to interact with him, infatuation fled and I was left wondering why the most gorgeous ones were either straight, taken, or just plain assholes.

Obviously there is a story here or I wouldn’t be on the verge of agreeing to a lifetime commitment. I feel compelled to relate it because I have learned so much over these past few years from this man and our relationship. One important lesson is an age-old one. Never judge a book by its cover.

I
ARRIVED
at my office at what felt like the crack of dawn. Actually I think it was. It was still dark outside when I pushed open the grand glass doors in the lobby of the modern low-rise where Jackson and Burnell commandeered the top two floors. I hadn’t had my first cup of coffee yet, so I was half asleep. I remember vaguely hoping I’d checked the color of my socks before I put them on that morning. Six thirty was too early for me. I didn’t usually get to the office until eight, and I liked it that way. I liked the cheerful buzz of people on the streets and sidewalks making their way to their workplaces. Even when conditions were less than accommodating, I enjoyed the hustle and bustle. So you had to deal with a little weather… no big deal. It was better than deserted streets and darkened lobbies.

I shivered in my long navy wool coat, closing my eyes for a moment while I waited for the elevator. I was so damned tired. I probably shouldn’t have gone dancing with Aaron last night. It was a blast, but four hours of sleep wasn’t going to cut it for the day I had ahead of me. I was starting a new project today. A big one. I was thrilled to have been asked, which was how I ended up staying out all night celebrating with my best friend.
Coffee
, I thought again. That’s what I needed.

I made my way through the darkened corridor to my own small office before making a beeline for the coffeemaker. I checked messages on my cell phone while I waited patiently for the high-tech machine to brew my lifeline for the day. It may sound dramatic, but I could feel a wave of exhaustion settle over my body as I leaned against the granite countertop in the office kitchen. I felt like I might fall asleep standing up. I turned at a sound behind me.

“I brought you this. I had a feeling you’d be a little slow this morning.”

Rebecca handed me a large takeout coffee from our favorite shop on the corner.

“They were closed when I got here. How did you get this?” My voice was reverent as though she’d pulled off the most amazing feat ever.

“Jay baby, I know it wouldn’t have even occurred to you to see if they were open. You’re too used to me spoiling you. I should never have started bringing you coffee. You probably barely know how to use the machine in your own home! And you sure don’t know how to use this one. Honey, you have to turn it on!”

I gave a puzzled look at said machine and realized she was right. I hadn’t turned the fucker on. Oh well. I gave her a big smile and leaned over to kiss her cheek.

“Thank you, darlin’. I wouldn’t survive without you.” I batted my eyelashes before turning back toward my office.

Rebecca followed me, taking a seat in one of the two modern black leather chairs facing my desk. Rebecca was one of our secretaries. She’d been at Jackson and Burnell for ten years. She was happily married to a contractor and lived the family life with her chubby hubby and their three kids and two dogs out in the suburbs of Maryland. I think cats and birds were mentioned, but I had tuned her out by then. When I was first hired three years ago, fresh out of graduate school, Rebecca was one of the first people I’d met. Ironically, it was in the kitchen where I’d been trying to make a cup of coffee. I rolled my eyes at the memory. She was right: I was hopeless.

“So, I take it you did a little celebrating last night? Tell Mama all about it.”

I laughed. She was one of those funny, straight married women who loved gay men. She loved hearing about my grand gay adventures, even though she knew most of what I told her was pure bullshit. I entertained her. Whatever the case may be, she had become an ally and a friend. In the cutthroat work environment of a lobbyist in the nation’s capital, you learn quickly whom you can trust and whom you cannot. I was lucky to have her on my side.

I spent a few minutes embellishing my tale of debauchery from the evening before. The truth was that Aaron, my best friend, had insisted we go out to celebrate. After a drink or three, he talked me into going dancing at a nearby club. I hadn’t required much persuasion in all honesty, but that’s just how things were for me sometimes. It was hard to stop having fun when I was on a roll. Aaron understood. Not everyone else did, though. Rebecca just laughed and shook her head at me.

“You ought to know better. How old are you now anyway? Twenty-eight?”

“Well, we used to be friends. I’m twenty-seven! Alright already… as interesting as the subject may be, enough about me. Do we know who the project leader is yet? How big the team is? What do you know, All-Seeing-One?”

Rebecca giggled like a schoolgirl and shifted her larger frame in her chair. She pulled out a pair of reading glasses and her notepad and pen. Suddenly she was the epitome of a diligent secretary working for a high-profile DC firm. I adjusted effortlessly into work mode myself and began to take notes. Our new client was a new environmentally progressive solar energy firm who required our assistance with the Department of Energy. What exactly that entailed and who would be assigned to tackle what issues would all be discussed in our morning meeting with the project lead.

“I don’t know who the lead is for certain, but I have a suspicion you’ll be happy.” Rebecca peered at me over the rim of her reading glasses, her brown eyes twinkling with amusement.

“Oh? Do tell. The caffeine is finally taking hold, but my body is still wondering why the hell I’m here at seven fucking a.m.”

“Language!” She reprimanded. Rebecca didn’t mind swearing per se, but she really hated the word “fuck.” Too bad. It was one of my personal favorites.

“Sorry, ma’am.” I turned on my southern charm and was begrudgingly forgiven.

“I have a feeling it’s Peter Morgan. You know, the really handsome….”

“Oh my! How will I concentrate? Do you know we’ve never worked together before? This is rather exciting! More to celebrate! I have had a major crush for two years.”

“Honey, this whole office has. But, don’t get too excited. I think he bats for the other team.”

“Oh that
is
too bad…. Shouldn’t you be admonishing me about infatuation at the work place? It is, after all, highly unprofessional.”

“Well, yes. But who could blame you? That man is fi-ine!”