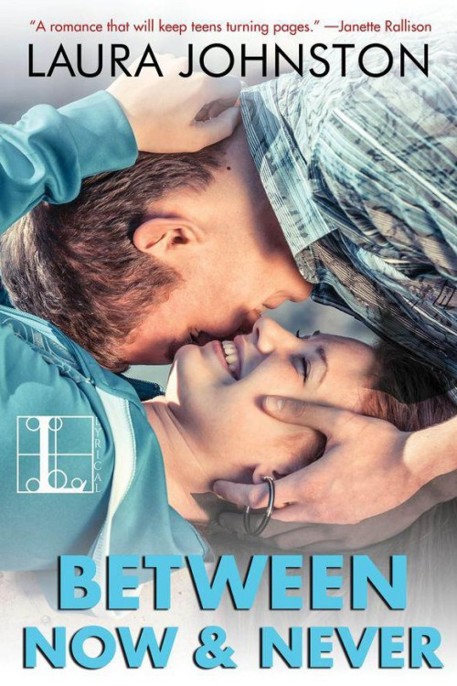 PHOTO BOOTH
“Quick,” I say, “what should we do?”
A flash of light. Picture one down. Both of our mouths were hanging open, blank stares straight ahead.
We burst into laughter and can’t stop. A second flash. Picture number two: both of us laughing.
Our gazes meet and we pull ourselves together, his eyes never veering from mine. He leans toward me, coming halfway before pausing, his eyes seeking permission. I regard him with equal parts terror and anticipation, the intimacy of the situation whispering a thrill. He closes the distance between us and glides his nose through my hair. My heart rattles around as though this is the first boy I’ve ever been close to.
“Now smile,” he whispers into my ear. Even if I should be creeped out, forget it. My cheeks burn despite myself and I feel the corners of my lips tugging upward.
A flash of light signals the third picture and I am totally seduced.
Also by Laura Johnston
Rewind to You
BETWEEN NOW & NEVER
LAURA JOHNSTON

The Body on Ortega Highway by Louise Hathaway
Translucent by Dan Rix
Jaina Proudmoore: Tides of War by Christie Golden
Under the Kissing Bough by Shannon Donnelly
Paradise Valley by Dale Cramer
Montana Sky by Nora Roberts
Whispers of Darkness (The Deadwood Hunter Series) by Rachel M Raithby
Inside Danger (Outside The Ropes Book 2) by Claudy, Ashley
The Long Walk by Stephen King, Richard Bachman
The Maintainance of Headway (1987) by Magnus Mills