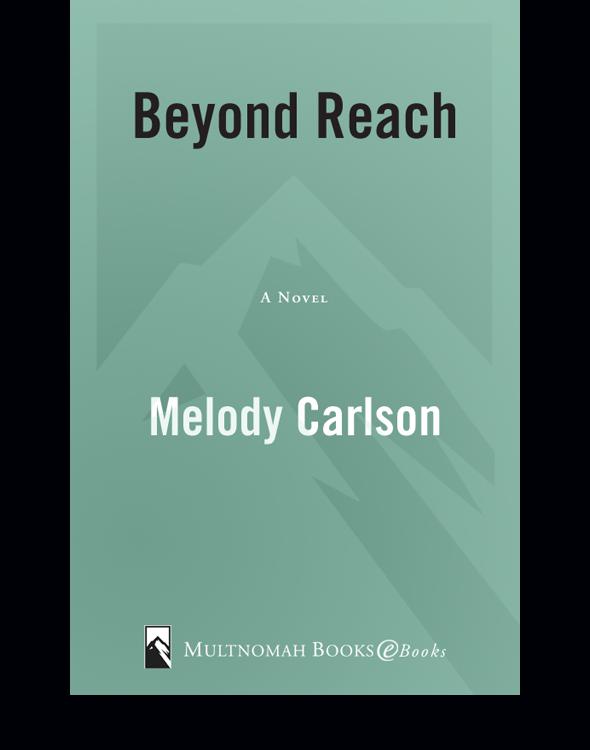 “Bad Connection
is a terrific story for anyone who loves supernatural fiction. My daughters are going to be arguing over who gets to read it first.”

“God does what He wills and cannot be manipulated. This is the sound doctrinal message for Melody Carlson's book
Bad Connection.
Writing about a spiritual gift we rarely see today was risky, but handled so well I would encourage any teen (or their parents) to read this book. I was reminded that we are not to be afraid of God's more unusual gifts, but to allow Him to use them in our lives.”

“Bravo to Melody Carlson for creating a wonderful, engaging character who is just like our daughters and the teens in our church. Yet, she's gifted with visions from God. After eighteen years in youth ministry and watching the world present an enticing display of the supernatural, I'm thrilled to see Christian fiction address this issue, letting teens know that greater is He that is in you, than he that is in the world.”

“Bad Connection
has it all: suspense, a ripped-from-the-headlines plot, and characters you'd find in any high school. It's a novel I'd definitely recommend to my teenage granddaughters and their friends.”

DIARY OF A TEENAGE GIRL SERIES

My Name Is Chloe

I normally don't include a letter in my books, but because The Secret Life of Samantha McGregor series treads on some new territory, I want to make a few things as clear as possible. First of all, this book is
fiction
—it's simply a story that's meant to entertain and to possibly point out some spiritual truths—but it is
not
a theological study on the proper use of the gifts of the Holy Spirit. While I do believe in the gifts of the Holy Spirit and that God wants all of us to do many wonderful things, I also realize that Samantha's gift, her ability to receive dreams and visions from God, is extremely rare and unique—but it does make for a good story!

Second, my hope is that you won't envy Samantha's unusual gift or seek it for yourself, since that would be totally wrong! Don't forget that God is the giver of every good and perfect gift, and
He's
the One who decides who gets what and when it's appropriate to use. If you go around searching for your own gifts, you can put yourself at serious risk. Satan masquerades as an angel of light and delights in tricking those who took for gifts in the wrong places. Don't let that be you.

More than anything, I hope you'll follow Samantha's example by seeking out God and a committed relationship with Him. I hope you'll desire to walk closely with God every day, to make Him your best friend, and to be ready for whatever adventures and gifts He has in store for you. Just make sure they come from God!

And finally, remember that the Bible is our ultimate source for answers to all of life's questions. That's why I've included more Scripture in this series than usual. Also, please check out the resources and discussion questions in the back of this book.

I pray that this fictional journey will draw your heart closer to God and that He will be your lifeline—for today and for always!

A Word from Samantha

Turns out it was just God. Okay, not just God. Because, believe me, God is way more than just anything. Still, it was hard to explain this weird phenomenon to my mom or the shrink or anyone. It still is. Other than my best friend, Olivia, I don't think most people really get me.

But that's okay, because I know that God gets me. For that reason, I try to keep this part of my life under wraps. For the most part anyway.

A Word from the Word…

M
ission accomplished. Kayla Henderson is safe. After a typical holiday delay, the plane has just taken off from Phoenix, and Ebony and I are flying back to Oregon now—just in time for Christmas.

After discovering there's no in-flight movie, I recline my seat, close my eyes, and slowly exhale. I am so ready to kick back for a while. Our flight won't arrive in Portland for a couple of hours, perfect for a nice long snooze. It looks like Ebony is one step ahead of me. I let out a deep sigh and feel myself sinking into a state of what I hope will turn into comatose slumber…

I'm barely out when I feel a sharp metallic jab on my elbow and look up to see the stainless steel beverage cart attempting to rattle its way past me.

“Excuse me, miss,” says the blond flight attendant. “Your arm is in the way.”

“Sorry.” I pull in my arm and sit up straighten rubbing the sore spot where the cart rammed me. You'd think they'd be more careful with those things. Anyway I'm wideawake now. So much for my nap, although it looks like most of the other passengers are fast asleep. Lucky them.

I watch the blond flight attendant slowly working her cart up the aisle, and I can't help but think that it must be a fairly boring job. Not only does her career seem somewhat tedious, but I've noticed that a lot of the passengers, particularly during the holidays, can be pretty rude and impatient.

She parks her cart at the front of the plane, then pours a cup of coffee, sets it on the little tray, and walks back a few rows. Then she leans over to give it to a dark-haired man sitting on the aisle. As he reaches for the cup, the little tray tips slightly and the coffee cup slips off and empties its hot contents right over the poor man's front. He instantly leaps to his feet and attempts to brush the brown liquid off his white shirt, which now looks less than white. He's saying something, which I can't hear, but I see his arms flailing about, and it's obvious he is angry about this little incident.

Naturally, the flight attendant apologizes profusely, attempting to dry him off with some beverage napkins. Finally she ushers him up by the bathrooms, where I assume she will find a towel to dry him off. Poor guy. Not only did he get scalded, it looks like his stained shirt is sopping wet too. She really should be more careful.

Then, just as I assume the little scene has settled down, the man suddenly grabs the flight attendant by her arm, and I'm thinking that this is turning into one serious case of air rage. I start to nudge Ebony in case this goes any further. I know that as a cop she's trained for this sort of thing. But in that same instant, the angry man wraps his other arm tightly around the flight attendant's neck, almost like he intends on strangling her.