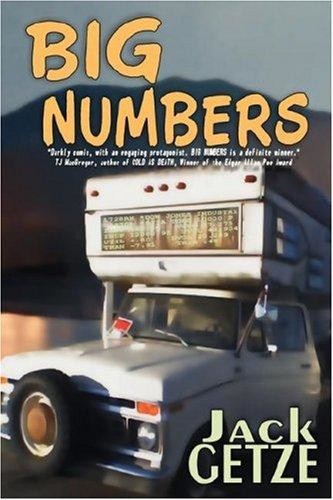 All rights reserved. No part of the book may be reproduced in any form or by any electronic or mechanical means, including information storage and retrieval systems, without permission in writing from the publisher, except by a reviewer who may quote brief passages in a review.

Down and Out Books, LLC

Other Books Available from Down and Out Books

A preview of
Bill Moody’s
The Man in Red Square

The stench of my own vomit fills my nose. Breath comes in short, shallow gasps. Why doesn’t blabbermouth just shut the hell up and get this over with?

“You said you’ve never been deep-sea fishing, Austin, so I’m guessing you don’t know dick about giant bluefin. But when you were a kid, jigging off that pier in California, did you ever hook up with a two or three-pound bonito?”

A muddy green Atlantic Ocean surrounds us, the expanse of gentle swells empty but for the fifty-two-foot Hatteras under our feet and a dozen chum-sucking seagulls screaming overhead.

“Remember how hard those bonito fought, the way they bent the rod near double?” Mr. Blabbermouth says. “Well, imagine one of those bonito’s big cousins, one that weighs…oh, say five or six hundred pounds. I’m talking brute force. Hooking up with a giant bluefin is like playing tug-of-war with a Harley-Davidson.”

“Those shoulder straps okay?” Mr. Blabbermouth says. “Not too tight, I hope.”

Bastard. I am bridled by what is known as a stand-up fishing belt and harness. Tough leather straps encircle my waist and chest as well as my shoulders. Belts, buckles, and locking brass clips anchor me inside the harness, to the pole, even to the rod-mounted Penn 130 International reel.

Think I’m out for an afternoon of fun? Sport fishing with a buddy? What if I mention nobody but nobody fishes for giant
bluefin in a stand-up harness? If you have balls—big balls—you let them strap you into a fighting chair bolted to the deck, hope Big Tuna doesn’t rip that out. It’s happened many times.

Did I mention my wrists are bound together with duct tape?

Mr.
Blabbermouth leans close to nudge the chrome drag lever on the Penn 130. “This will be the second time I’ve seen this happen,” he says. “Like you, a friend of mine had this drag on full when a giant bluefin hit. One second the guy’s beside me on deck, the next he’s flying over the transom, a splash in the water. You know, we never found a trace of him.”

Something heavy bumps the half-pound metal lure to which I am fatally attached. The line draws taut, digging deeper into the green rolling swells. Eternity tugs on my shoulder straps.

And I thought my life was shitty two weeks ago.

The big thing about living in a truck-mounted camper, you bump your head a lot. So when Luis’s chef Cruz wakes me up with repeated loud knocks, I crack my skull against the tin headliner for the third time in two days. Maybe I need a crash helmet.

“You cannot do the sleep in our parking lot, Austin.”

I rub my sore head and peek through the camper’s wallet-size plastic rear window. Either it’s still dark outside or my brain is beginning to swell.

“I say this a hundred times.” Cruz shouts now. “You do not listen. So now I say this…if you use our parking spaces for the bedroom again, I will rat you to the
federales
.”

Cruz has an edge on him this morning. Central New Jersey being so much colder than his former home near Vera Cruz, Mexico, I suspect it’s the fall weather. Most cool days he doesn’t even bother coming outside, let alone threaten
federal police action. Wait until New Jersey sees some snow.

I
open the back door and give Cruz the famous, full-boat Carr grin. “Speaking of rats,
amigo
, can I shower in the employee dressing room?”

Cruz’s eyes shine like black lacquered furniture. He doesn’t want to, but he can’t help liking me. It’s the famous Carr smile. Plus, it helps that every dollar my ex-wife doesn’t garnish
from my paycheck is spent at Luis’s restaurant eating Cruz’s delightfully gut-burning Mexican cuisine.

“Use by non-employees is non-allowed,” he says. “And you force me to declare that one
bueno
stock tip does not make me your bitch forever. Perhaps if you provided another sure thing. A stock with listed options so I can leverage my asses.”

Wow. Despite the obvious language problems, Cruz is wasting no time learning the secrets of American capitalism. Maybe I should make a pitch for his account.
I nod and maintain the grin. “Sure things are hard to come by,
compadre
. But something’s coming soon. Maybe next week.”

He grunts. “You have been suggesting such events since Easter. And now summer is gone. For official.”

I notice the plastic lid on the cup of coffee he carries has an unbroken seal. “Is that coffee for me?”

Ha. Cruz never learns. He has no defense against the famous Carr charm. Over the next five minutes, repeated smiles and a lengthy account of my daughter Beth’s all-star performance at last night’s swim meet, rescue Cruz from the Dark Side. He especially likes the story of how I snuck into the beach club wearing only my Speedos.

I take my time drinking his coffee. When every drop is savored, I shower in the employee dressing room, put on a clean shirt and tie, and comb my hair with Hollywood gel.
My new Monday through Friday transformation routine now complete—homeless bum to ace salesman—I’m almost ready to point my camper toward Branchtown.

My name’s Austin Carr. I’m a stockbroker. The slick expensive business cards in my wallet say I’m a Senior Financial Consultant for Shore Securities, Inc., Members of the American Association of Securities Dealers, but I’m really just a salesman and I work for myself. Straight commission. If I don’t sell, I don’t eat.

A lot of people in my line of work call themselves investment counselors. They wear two thousand dollar Italian suits, carry alligator attaché cases, think and talk about themselves as professionals like doctors and lawyers. In truth, we’re closer akin to used car dealers, only more dangerous because losing your life savings is a tad worse than getting stuck with a leaky transmission.

It’s hard to
sport illusions about yourself when you live in a camper. And I’ve always treated my clients with honesty, to the point of aggravating every sales manager I’ve ever had. Even so, keeping my self-respect, I have not been thinking about this job in a favorable light. In fact, in the years since the market crashed, ruining my sales numbers, my finances, and more recently, any chance of being with my two children, Ryan and Beth, I’ve been wracking my brain, trying desperately to figure another way to earn a living.

Although no solution to my dilemma has yet presented itself, I’ve discovered it helps to ruminate in a positive setting: Luis’s Mexican Grill on Broad Street in Branchtown. The decor reminds me of home, Los Angeles, and Luis has an
authentico
Mexican chef, Cruz. Best of all, Luis works the bar himself every day.

“You are not going to work today?” Luis says.

“Careful, Luis. Your query borders on insult. In fact, I have already called work, only to discover that my monster client delayed our scheduled discourse until this afternoon. I stayed here this morning to spend some quality time with you and Cruz.”

“I recommend this be your final cocktail,” Luis says.

Dealing with numbers all the time is an ache in the ass, definitely, but my biggest problem with being a stockbroker is having to spend all day on the money machine, dialing for dollars, calling busy people at the wrong time, apologizing because the back office screwed up a check, downplaying the risks of an investment to exaggerate the benefits, dancing investors from one asset to another so I can take part of their principal as commission. To be a successful stockbroker, you have to be slightly larcenous.

I lick the wet salt from the rim of my still empty margarita glass. Of course I never worried about little things like
morality while I was netting eight to ten thousand dollars a month. It’s only been since my income dropped by more than half, and mainly since I lost physical contact with my children that I search for the social significance of securities sales.

Luis
discovers the bar bottle of Herradura Gold is empty. He slides left and reaches underneath the counter, moving with a prizefighter’s cat-like quickness, sureness of step.

Today and every day, Luis
shows off his Popeye muscles in a white dress shirt with the sleeves rolled up. A vest and tight-fitting black slacks accentuate his narrow hips and punching-bag shoulders. His high forehead and aquiline nose speak of European ancestry, but the black piercing eyes give him a distinct First American quality as well.

Luis cracks open a new bottle. In short, my favorite bartender is a
hombre.
And while I know this sounds girlish, you feel safe sitting at his bar. It’s like being ten years old again and having your sixteen-year-old brother on the playground with you. It’s unlikely the other ten year olds will pick on you, but if they do, it won’t be a problem long.

Luis deposits my new margarita on a clean paper napkin. “Are you hungry?
Cruz made albondigas soup this morning.”

The other thing I’d like to say about Luis might be racist, a st
ereotype, but here it is anyway. I grew up in the eastern, Mexican-American section of Los Angeles. Ever since grammar school I’ve admired the code of honor and fierce pride with which so many Hispanics are raised. Call me a jerk for saying it, but that’s been my experience.

“Bring me a
breakfast plate with Cruz’s chili Colorado when you get a chance,” I tell Luis. “And get ready to make me another margarita. These doubles are tasty.”

Luis walks away shaking his head. I wonder if he’s disappointed I didn’t order the
albondigas soup. Then I wonder why I respect his opinion so much, why his thoughts are so important to me. Is it because Luis stands as an island of sincerity in my world of lies, deception, and bullshit? Gotta be. I bet Luis never told a fib in his life.

The Lawman's Little Surprise by Roxann Delaney
Matt—The Callahan Brothers (Brazos Bend Book 2) by Emily March
Because of His Heart (For His Pleasure, Book 27) by Kelly Favor
His Black Pearl by Colette Howard
Ready or Not by Meg Cabot
Maninbo by Ko Un
Murder in the English Department by Valerie Miner
Hate is Thicker Than Blood by Brad Latham
Video Game Recruiting (Corporate Marines Book 1) by Tom Germann
Chasing After Infinity by L. Jayne