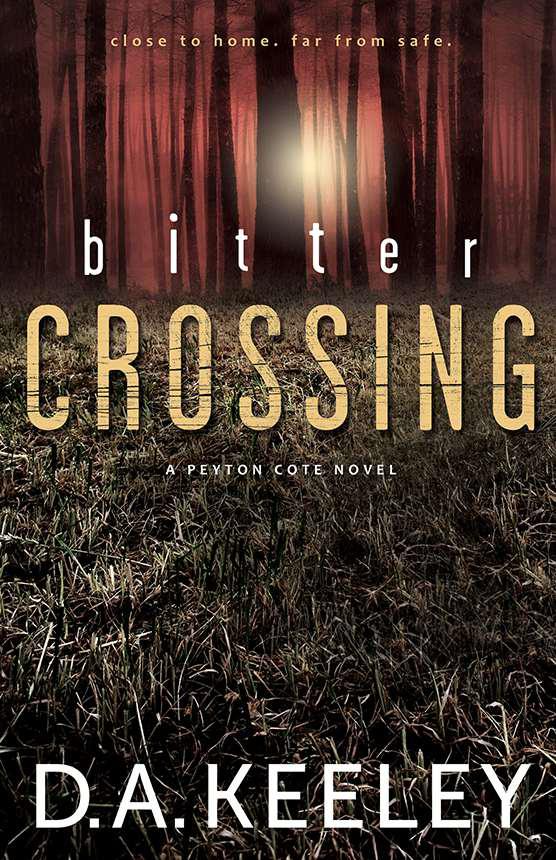 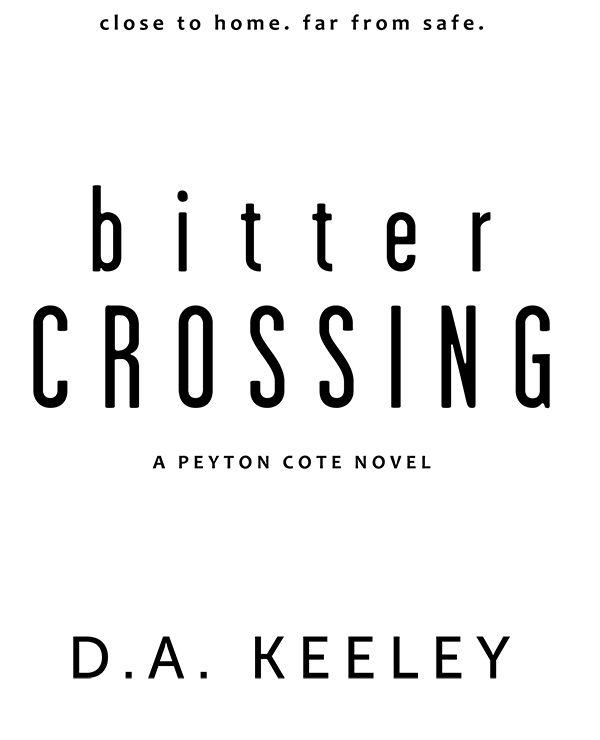 All rights reserved. No part of this book may be used or reproduced in any matter whatsoever, including Internet usage, without written permission from Midnight Ink, except in the form of brief quotations embodied in critical articles and reviews.

Any unauthorized usage of the text without express written permission of the publisher is a violation of the author’s copyright and is illegal and punishable by law.

This is a work of fiction. Names, characters, places, and incidents are either the product of the author’s imagination or are used fictitiously, and any resemblance to actual persons living or dead, business establishments, events, or locales is entirely coincidental.

Midnight Ink is an imprint of Llewellyn Worldwide Ltd.

Midnight Ink does not participate in, endorse, or have any authority or responsibility concerning private business arrangements between our authors and the public.

Any Internet references contained in this work are current at publication time, but the publisher cannot guarantee that a specific reference will continue or be maintained. Please refer to the publisher’s website for links to current author websites.

For the people of Aroostook County

I owe a debt of gratitude to many people who offered technical insights and support during the writing of this novel.

Thanks to the Houlton Sector (Maine) of the US Border Patrol for allowing me “border tours,” and to the agents who took time to answer numerous questions. I strove to portray their profession accurately (while writing a wholly fictional tale). Any deviation from actual US Border Patrol procedure within the novel is poetic license and the sole responsibility of the author.

Special thanks to former US Border Patrol Deputy Chief Kevin Stevens for serving as something of a technical consultant and for reading partials along the way, and to his wife Elaine and daughter Shannon Staples who read drafts of the novel.

Thanks to my good friend and Maine State Police Det. Adam Stoutamyer for sharing his insights and for critiquing sections of the book.

To my mother, Dick and Nancy Dumont, and Florence Eaton, my first readers—thanks for helpful feedback and suggestions.

Thanks to Clarissa Edelston, formerly of the Eaton Peabody law firm in Bangor, Maine, for answering emails and for offering information about the adoption process.

And, finally, to Lisa, Delaney, Audrey, and Keeley, thanks for being the sound of my waves and the sun over my ocean.

H
OW HAD SHE MISSED
it?

US Border Patrol Agent Peyton Cote tossed the binoculars aside and cursed. She threw open the truck’s door and started toward the white sack two hundred yards away, moving swiftly over the frozen dirt field. Missing the drop was bad enough. No way in hell she’d lose a footrace to the package.

While Maine was known for its spectacular foliage season, the state’s northernmost region, Aroostook County, held its breath each fall, living and dying, financially and thus emotionally, with its annual potato harvest. And this year several farms had been devastated by blight, the crop yielding far less than expected.

BC Bud, North America’s most potent marijuana, held a street value of $4,000 a pound eight hours south of here in Boston. A tip indicated it was entering the US here, at the tiny border town of Garrett, Maine.

So here she was.

But how had she missed the drop?

Fifty yards from the safety of her Ford Expedition, her rational mind intervened: she’d hiked the field’s perimeter only minutes earlier, seeing nothing. She was better than that. Had someone been watching and made the drop moments after she’d passed by? If so, someone now knew precisely where she was and what she was doing.

She slowed, unholstered her Smith & Wesson .40. Overhead the predawn sky was sliding from ink to gray. The distant sack was football-shaped.

Four grand a pound.
Get the damned package.

She scanned the desolate field—nothing to shield her, just vast farmland. The eight-pound Kevlar vest she usually bitched about didn’t seem so heavy now.

Thirty yards away, a realization stopped her dead in her tracks.

The bundle was moving.

With a sigh, she reholstered the .40.

Another Goddamn pillowcase of puppies or kittens. Worst-case scenario: an orphaned bear cub whose mother had been poached. Her breath rasped in the morning stillness. Her ankle was stiff and tender. Couldn’t remember twisting it. Adrenaline did wonders, even on a cold Sunday night shift.

Walking closer, she could see the animal writhing inside. She unclipped her cell phone and was dialing the game warden when she heard the sound.

Not the relentless whine of a cub or the tinny cry of kittens. This was louder.

And it was familiar.

She closed the phone and tore open the pillowcase.

Ten minutes later, Peyton was back inside the Expedition at the field’s edge, awaiting paramedics. The infant’s skin was cold beneath her hand, the baby girl’s eyes dull and glassy. Peyton was relieved when she cried.

The infant had been left wearing only a cotton T-shirt and a diaper and was wrapped in a tattered blanket. Discarded, like a scene from
Oedipus Rex
. Peyton killed the dome light, recalling her Introduction to Literature class at U-Maine. A single mother herself, she placed her hand on the baby’s forehead, trying to calm her, judging the girl to be three or four months old.

The drop had been well timed, and this was no package of weed.

Winter never seemed to enter on tiptoe in Aroostook County. It was only October, just one month removed from peak foliage season, but the maples stood bare, as if bracing patiently for the onslaught of subzero temperatures and two hundred inches of snow. The truck’s heater was on high. Despite growing up here, seven years in El Paso had thinned her blood. She’d freeze in February. Rocking the baby in the crux of one arm, she studied the field below through binoculars. In the distance, near the river, stood a tall blue spruce tree.

She’d parked along Smythe Road at a spot agents deemed “the overlook.” Smythe Road ran east to west, ending at the port of entry. Below, to the east, farmland stretched for a mile. Beyond that, the Crystal View River cut an international boundary between Garrett, Maine, and Youngsville, New Brunswick, Canada. Aroostook County consisted of a landmass larger than Connecticut and Rhode Island combined, with fewer than seventy-five thousand residents. The result was a sense of community unlike any other she’d found. It only made sense, she decided long ago, because when you can’t see your closest neighbor but know you must rely on them (and they on you), the result is a connection sprung from desperation that cannot be overstated.

Yet that which boosted regional pride challenged agents. Only 10 percent of the region was farmland, leaving a lot of dense forest along the 137-mile border—ideal for smugglers. In the El Paso desert, she’d been able to spot someone miles away. Northern Maine was different. You were either in a potato field or among thick patches of pines, hearty maples, and walls of thick underbrush. This assignment offered less action than El Paso, but the challenges facing agents could be enormous. Border jumpers quickly became proverbial needles in haystacks.

She set the binoculars aside and pulled back a strip of black electrical tape covering the green dashboard lights. It was 4:47 a.m., daybreak still a half-hour away.

The radio crackled. “Nineteen,” a man’s voice said, “did you request the ambulance?”

It was her boss, Mike Hewitt, the patrol agent in charge at Garrett Station. The PAIC didn’t typically work nights, proving once again Hewitt was a workaholic. His radio transmission also told her the bust she’d anticipated was important—he’d climbed out of bed to follow up.

She grabbed the receiver, wishing to hell she hadn’t listened to Kenny Radke.

“It didn’t go down,” she said cryptically; radio transmissions could be the verbal equivalent of public baths.

“I told you Kenny Radke was a piece of shit.”

Briar's Champion by Levey, Mahalia
A Girl Undone by Catherine Linka
Halfling Moon by Sharon Lee, Steve Miller
Circus by Claire Battershill
The Guts by Roddy Doyle
The Gulf by David Poyer
Andrea Kane by Dream Castle
The Flavours of Love by Dorothy Koomson
Call Me by Your Name by André Aciman
Athena Lee Chronicles 0: The Lost Pilot by T. S. Paul