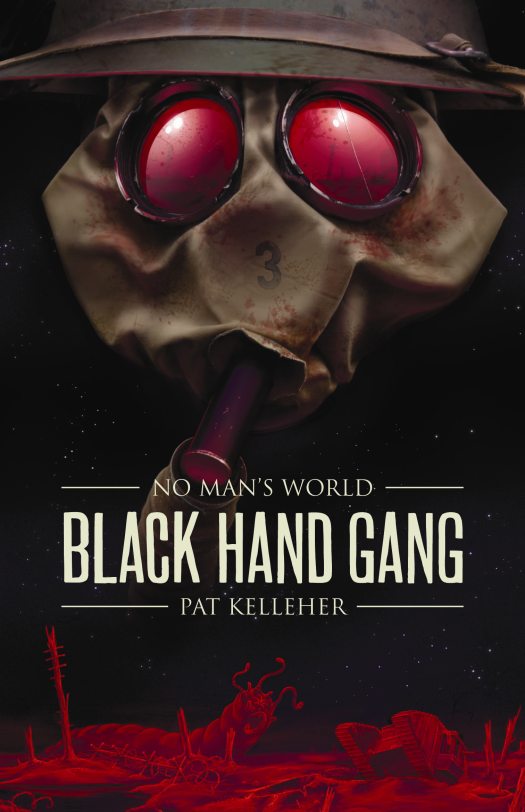 For Scott and Callum

No Man's World
TM
, Abaddon Books and Abaddon Books logo are trademarks owned or used exclusively by Rebellion Intellectual Property Limited. The trademarks have been registered or protection sought in all member states of the European Union and other countries around the world. All right reserved.

I would like to thank: Jean Spencer of the Broughtonthwaite Genealogical Society without whom I would never have stumbled across this story in the first place. I am also grateful to Bill Merchant of the Broughtonthwaite Real Ale Society for an insight into the history of Everson's Brewery and the Everson family in particular. I am extraordinarily indebted to Arthur Cooke, author of
The Harcourt Crater: Hoax or Horror?
for access to his own private collection of documents, letters and diaries pertaining to the incident and especially to surviving footage from the original Hepton film. I would also like to thank the Moore Family for their permission to view the letters and diary of Private Garside. I also owe a debt of gratitude to Stephen Maugham, secretary of the Broughtonthwaite Historical Society for his enthusiasm and tireless work in tracing original documentation. I should also thank Graham Bassett and the staff of The Pennine Fusiliers Regimental Museum for providing me with exhaustive details on the deployment and movements of the "Broughtonthwaite Mates" prior to November 1916 and whose otherwise polite refusals to supply further information only served to confirm and bolster my own research. I am also grateful to Sarah Purser of the Jodrell Bank Press Office and to Michael Wild for agreeing to discuss, over a pint of Everson's Old Fusilier, the speculations still surrounding the Harcourt event. Special thanks must also go to Jim Sherman of the War Museum of the North's Photographic Department and Mike McCulloch of the
Broughtonthwaite and District Mercury
in attempting to identify soldiers and individuals appearing in the Hepton footage. I would also like to thank my wife, Penny, for her continued support, encouragement and long hours transcribing interviews. Finally, I must also pay tribute to those descendants of the men of 13
th
Battalion of the Pennine Fusiliers who spoke to me privately for fear of ridicule and censure.

Any errors in this book are entirely the responsibility of the author.

The Harcourt Crater is one of the greatest mysteries of World War One, along with the Angel of Mons, the Phantom Archers and the Crucified Canadian. At nearly half a mile wide, it was reputed to be the largest man-made crater on the Western Front. The official explanation was that German mines dug under the British positions in the Harcourt Sector of the Somme were filled with an experimental high explosive before being detonated on the morning of November 1
st
1916, resulting in the loss of over nine hundred men of the 13
th
Battalion of the Pennine Fusiliers.

Indeed, this was the accepted explanation until nearly a decade after the event, when a French farmer ploughing fields which lay along the old front line dug up several mud-encrusted old film canisters and a package of documents. Inside the canisters were reels of film which, when developed, revealed silent, grainy footage of British Tommies seemingly on an alien world. The film itself was shown to great acclaim in Picture Houses around the world and it became a minor sensation. Although there were those who claimed they could identify faces in the footage, in the end most felt it to be it a hoax.

The success of the film nevertheless engendered an appetite for Space Fiction among the general public that persisted for decades; the film's grainy, iconic images inspiring thousands of lurid sci-fi magazine covers and pulp fiction stories.

My research further revealed rumours that the Government had approached the noted inventor Nikola Tesla, who had earlier claimed to have received extraterrestrial radio signals, to try to construct a device for contacting the lost men, but without any apparent success. The government of the day quietly closed the case. They officially declared the whole incident to be a "meticulously planned hoax" and it was consigned to the annals of British folklore, although documents believed to include letters and journals from the men of the 13
th
were discreetly returned to the families. Some eventually found their way into the hands of private collectors, where I had a chance to view them.

The original film stock from the canisters, I was disappointed to discover, did not fare as well as the letters. It was stored badly and the unstable silver nitrate composition of the film strips meant that in many cases the film decomposed, although some was salvaged and incomplete footage does still exist.

For a while, the Battalion War Diary, recovered with the film and allegedly detailing the Battalion's life and actions on another world, was relegated to the stacks in the Regimental Museum and was surreptitiously 'misplaced', having been considered an embarrassment and a stain upon the regiment's proud history.

But the myth refused to die. In subsequent years, men occasionally came forward claiming to be survivors of the battalion, returned with fantastic tales to sell, but none were believed. The story inspired the film
Space Tommies,
released in 1951 featuring Richard Attenborough and Richard Todd, and was the basis for a short-lived adventure strip in the boys' comic
Triumph
.

However, it has become apparent from my extensive research that the mystery of the Harcourt Crater and the
true
fate of the men of the lost 13
th
Battalion constitutes one of the biggest cover-ups in British military history. I hope that this, the first part of my account, will go some way towards setting the record straight. All of the major events have been drawn directly from primary sources where possible. Others, by necessity, are based on inference but nevertheless serve to hint at the trials, wonders and horrors they were to face, fighting on a Front far, far from home...

The autumn sun ducked down below the Earth's parapet, staining the clouds crimson and, as the chill twilight wind began to bite, Broughton Street was busier than usual. Private Seeston fidgeted impatiently as an ambling ration party of Jocks on their way to collect food for the Front Line barged past, discussing rumours of the impending attack.

"Oi, newbie! Y'do know this is one way don'tcha, and it ain't yours?" one said as they shuffled awkwardly by.

"Sorry," said Seeston. "We've only just taken over this sector."

"Thirteen, eh? Unlucky for some."

"Unlucky for
Hun
, we say, mate," said Seeston, bridling at the insult.

The Pennine Fusiliers was a regiment with a proud history that went back to Waterloo. They had served in the Boer and the Crimean wars, as well as during the Indian Rebellion. It was their proud boast that they were the backbone of the army in the same way their namesake mountains were considered the backbone of England. Their barracks were in Broughtonthwaite, a northern mill town nestling among the Pennine hills on the border of Lancashire and Yorkshire. The 13
th
Battalion of the Pennine Fusiliers was one of several local Pals Battalions raised in 1914 as part of Kitchener's New Army. With only a small standing army at the outset of the war, a million men were wanted to fight the Bosche. Towns vowed to raise as many of the new Battalions as they could muster. A patriotic fervour swept the nation as young men - driven by dull lives, poverty and the lure of adventure - signed up along with their friends, neighbours and workmates. They couldn't wait to get stuck into the Hun and were desperate to see some action before the war was over.

Their illusions didn't last. On the Western Front, along a strip of mud six hundred miles long, that stretched from the French Alps to the Belgian coast, they died in their tens of thousands, in the blasted, unhallowed ground called No Man's Land.

Seeston forged ahead. Shoulders stubbornly thudded against his as he pressed against the flow, but he was on urgent business, a runner for Battalion HQ. The air of importance that this status lent him bolstered his courage and he pushed on with the purpose of a man who knew his time was more valuable than that of those around him.

From somewhere up ahead, beyond the turn in the communication trench, a high scream punctuated the dull repetitive bass thuds of the German shells that had begun to fall.

"Make way there! Coming through."

Men backed against the walls as best they could. Seeston's advance was brought to a halt as a broad arm swept across his chest and thrust him against the revetment. He was going to say something, but as he glanced down at the khaki arm he noticed the three chevrons and thought better of it. "You an' all lad," said the Sergeant.