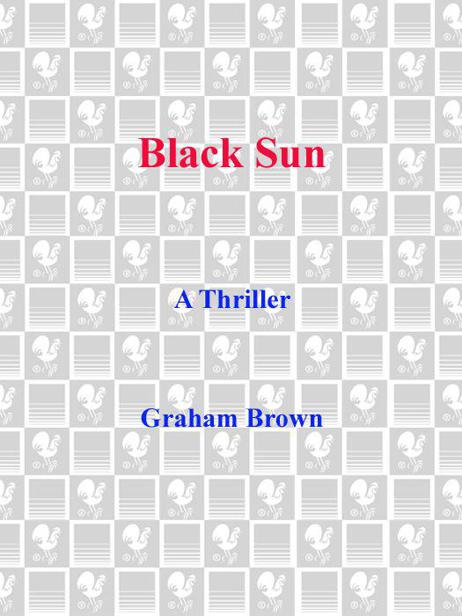 “Action-packed … The fast pace … will keep readers forging ahead.”

“A unique and compelling thriller that will keep your interest start to finish.
Black Rain
is fast-paced, dangerous adventure at its very best. A sequel is in the works, and I can’t wait to read it.”

“Exotic location, innocents in danger, overwhelming odds against the good guys and the inability to know who they can trust—this enjoyable read is very frightening…. A lively read.”

“Black Rain
is an adventure that’s not only a terrific read, but is smart, intelligent, and poised to shake up the whole thriller community. Every copy should come with a bucket of popcorn and a John Williams soundtrack to play in the background. I loved it.”

“Black Rain
sizzles with tension and twists that both entertain and magnetize. The plot envelops the reader into a brilliantly conceived world, full of strange and amazing things. Graham Brown is an exciting new talent, a writer we’re going to be hearing a lot from in the years ahead. I can’t wait.” 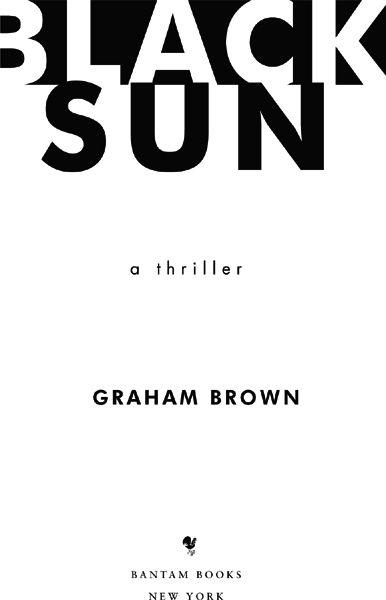 For those who believe

T
o my agent, Barbara Poelle, thanks for the trust and support, and the laughs. I don’t know how someone so brilliant can also be so funny. To Marisa Vigilante, my editor, whose ability to see through the mist sharpened the leading edges of this novel more than I can say. To Alison Masciovecchio and Dana Kaye, my in-house and outside publicists, who do the hard work of turning unknown writers into the known. To Evan Camfield and the copy editors at Random House, who put up with my penchant for inventing new words and strange new uses of punctuation. To the sales and promotion staff at Random House—without you guys pushing hard every day, all the writing in the world would get us nowhere.

And finally to the readers, who put up their hard-earned cash, trusting that we will entertain them and sweep them away for the four hundred or so pages of each book. Thanks for the faith. I will do all I can to never let you down.

T
he fifty-foot trawler
Orlovsky Star
pushed on through frigid Arctic waters and a lingering fog that seemed to have no end. The sea was unusually calm and the wind nonexistent, but with the outside temperature dipping to fifteen degrees Fahrenheit and the water holding just above the freezing point, the conditions were anything but benign.

Alexander Petrov stood at the wheel inside the darkened pilothouse, a grim air surrounding him. His weathered face, shaved head, and clenched jaw all suggested a burden his broad shoulders were struggling to carry. He stared into the darkness ahead of the boat, listening to the thrum of the engine and the occasional muted thump of ice banging against the hull.

So far the ice had been thin: small, free-floating chunks that his boat could slide through at half speed. But the pack ice formed quickly at this time of year, spreading south like a plague, and just an hour before there had been no ice at all.

Guiding the boat on feel as much as sight, Petrov considered the danger: If the ship didn’t reach warmer
waters soon, they’d be trapped and the thin hull ground into metal filings long before any rescuer could reach them.

Then again, perhaps they deserved such a fate for what they were attempting to do.

As another impact reverberated through the cabin, a voice spoke from behind him. “It’s getting thicker. We need to make better speed.”

Petrov glanced into the recesses of the darkened pilothouse. A heavyset man gazed back at him. This was Vasili, a Russian of mixed European and Asian descent and the broker of their unholy deal, the keeper of their unusual human cargo.

Despite the cold, Petrov could see a thin sheen of perspiration on Vasili’s upper lip. If Petrov was right, Vasili’s mind was reeling in a battle between greed and fear, between the possibilities of life-altering wealth just days away and a horrible death in the crushing embrace of the ice.

“What are you really worried about, Vasili?”

“That we’re lost,” he said bluntly, glancing at an exposed circuit board and what had been their navigation system.

The GPS receiver had shorted out eight hours before, the screen flashing and the casing catching fire in a shower of sparks. Petrov had examined it briefly but saw that it was clearly beyond repair. For an hour he’d used the stars to guide them, but the fog had thickened and he’d been forced to rely on the vessel’s compass.

“I was a fisherman before I joined the navy. I learned to navigate at the hands of my father,” Petrov assured him. “I know what I’m doing,”

Vasili stepped closer to him. “The crew is worried,” he whispered. “They say our journey is cursed.”

“Orcas followed us down the channel,” Vasili explained. “And we’ve seen sharks every morning. Far too many for such northern waters.”

That had seemed odd, Petrov thought, as if the predators of the sea were shadowing them, waiting for a meal to be delivered into their hungry bellies. But he hoped it was mere coincidence.

“It’s almost dawn,” Petrov said, changing the subject. “We’ll have a few hours of light, nothing more, but it should be enough. The fog will lift and we’ll make better time.”

Petrov’s statement was designed to ease Vasili’s fears, but even as he spoke, they found another mass of ice and a grinding resonance traveled down the starboard side. From the sound alone, they could tell it was thicker and heavier than those they had hit before.

Petrov reduced the speed to five knots. This was the trap he’d been hoping to avoid, one he’d warned Vasili about: Thicker ice meant slower speed and thus more time for the ice to form in the waters ahead of them.

He switched on the overhead lights, but the fog swallowed the beams and reflected the energy back, blinding him. He shut them off.

Before he could call the crew, the boat slammed something head-on. The nose of the boat pitched upward and their momentum died, as if they’d run aground.

In utter silence he waited. Finally the boat began to move, sliding backward a foot at a time and then settling once again. He breathed a sigh of relief. But he dared not touch the throttles.

A crewman popped his head into the control room from the lower deck. “We’re leaking, Captain,” the man said. “Starboard, forward.”

“How bad?” Petrov asked him.

“I think I can seal it,” the crewman said. “But we don’t want any more of that.”

“Wake the others,” Petrov said. “Get them into their survival suits. Then do what you can.”

It was a precaution only, and also a bluff meant to calm the fears of the men. But even in their suits, they would not last long in the water.

He turned to Vasili. “Give me your key.”

“I don’t think so,” the broker replied.

“So you will take him, then?” Petrov asked. “If we have to leave the ship?”

Vasili hesitated, then reached under his sweater and pulled out a key that dangled around his neck.

Petrov snatched it and then pushed his way outside.

The fog hung in the air, cutting at his face like shards of suspended glass. Not a breath of wind could be felt, and with the engines shut down the silence was complete.

He looked around. A thick layer of frost covered the deck while daggers of ice hung from the bridge and the ladder and the rail. Every surface, every line, every inch of the vessel had become encrusted in ice.

Vasili came out a moment later, bundled from head to toe, but still too stupid to put his survival suit on. “Why did you stop?”

Of course they couldn’t, but they could no longer risk moving in the dark. The fog made it impossible to see the danger, and impatience would destroy them. But to some extent they seemed to be in luck. The fog was beginning to lift. In addition, the thin light of the approaching dawn had begun to illuminate things. This far north, the sun would never get off the horizon, but the light would grow quickly. Petrov hoped it would show them a way out.

And yet, even then something seemed wrong. The sky was darkest ahead of him. It should have been just the opposite; the brighter light should have been out in front of them. It had to be some illusion of the fog, but it seemed as if the sun were coming up in the wrong place.

Before he could come to terms with this, something heavy bumped the boat and pushed it to the side.

“What was that?” Vasili asked.

The slight impact could have been an iceberg moving on the current. But as he looked over the side, Petrov saw that the waters remained dead calm; the ice wasn’t moving.

Petrov ignored him and moved toward the bow. The fog had thinned considerably. Replacing it was a sight Petrov could hardly fathom: a field of solid white.
Unbroken ice that stretched to the horizon in every direction.