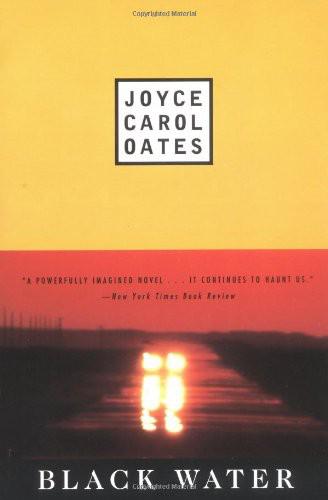 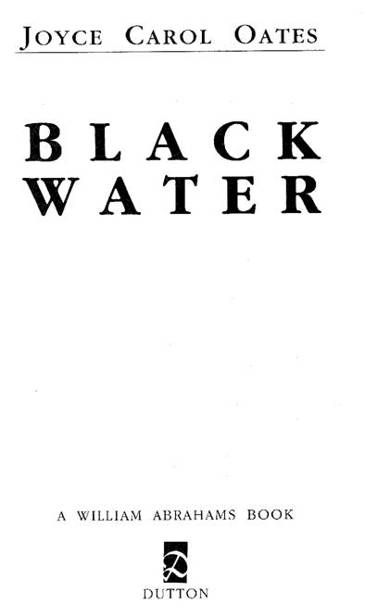 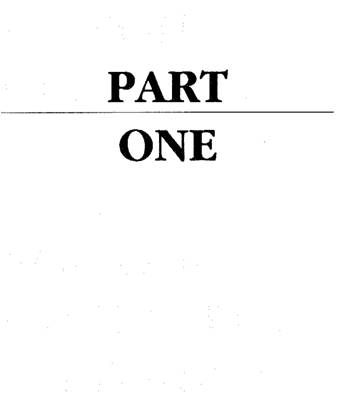 The rented
toyota
,
driven with such impatient
exuberance
by The Senator, was speeding along the unpaved unnamed road, taking the turns
in giddy skidding slides, and then, with no warning, somehow the car had gone off
the road and had overturned in black rushing water, listing to its passenger's
side, rapidly sinking.

Am
I going to die?—like this?

It was the evening of the fourth of
july
. else
where
on Grayling Island, along the northern shore in particular, there were parties,
strings of cars parked along the narrow sandy roads leading to the beaches.
Later, when it was sufficiently night, there would be fireworks, some of the
displays lavish and explosive in brilliant Technicolor like the TV war in the
Persian Gulf.

They were in a desolate unpopulated
part of the Island, they were very possibly lost. She was framing her mouth,
summoning her courage, to say the word
lost.

As
with the condom she'd been carrying in her purse for, how long. Her kidskin
bag, and now her pretty floral-patterned Laura Ashley summer bag. In fact she'd
carried it, the identical item, in an earlier bag as well—that big rakish straw
bag with the red leather trim that finally fell to pieces she'd had it so long.
The condom was neatly and tightly wrapped, it had a chaste pharmaceutical
scent,
it
took up little space. Not once in these many
months had she so much as touched it, preparatory to revealing it, preparatory
to suggesting to whoever it was, whichever man, friend or professional acquaintance
or near-stranger, that he use it, or even contemplate using it. You were
prepared for any emergency but finally you could not speak, there were no
words.

They
were somewhere in the marshlands of Grayling Island, Maine, a twenty-minute
ferry ride from Boothbay Harbor to the northwest. They had been talking
companionably together, and they had been laughing easily together, like old
friends, like the most casual of old friends, and Kelly was trying discreetly
to steady The Senator's hand so that the remains of his vodka-and-tonic
wouldn't splash over the rim of the plastic cup he held as he drove, and then,
suddenly, as in a film when spasms like hiccups begin and the picture flies out
of the frame, so suddenly, she would never comprehend how suddenly, the road
flew out from beneath the rushing car and they were struggling for their lives
sinking in black water splashing across the windshield seeking entry as if the
dreamlike swampland on all sides had come now alive reaching up to devour them.

Am
I going to die?—like this?

Buffy had been hurt or had seemed so.
with
Buffy, so much
was display, you never knew. Saying to Kelly Kelleher, Yes but why leave
now
, can't you leave a little later?—and Kelly
Kelleher mumbled something vague and embarrassed unable to say,
Because
he wants me to: he insists.

Unable to say,
Because
if I don't do as he asks there won't be any
later.
You know that.

On all sides a
powerful brackish marshland
odor,
the odor of damp, and decay, and black earth, black water.
The chill fresh stinging smell of the
Atlantic seemed remote here, like memory, borne inland in thin gusts by an
easterly wind.
And no sound of the waves, here.
Only the nocturnal insects.
The wind in
the stunted vine-laden trees.

Gripping the strap of the shoulder
safety-harness Kelly Kelleher who was not drunk smiled thinking,
How
strange to be
here
yet not know where
here
is.

They were hurrying to get to the ferry
in
Brockden's Landing, which would be leaving
for the mainland at 8:20
p.m
. It was approximately 8:15
p.m
. when the rented
Toyota unobserved by any witness plunged into the water—the creek?
stream
?
river
?—which neither The
Senator nor his passenger Kelly Kelleher had known might be there at the apogee
of a hairpin curve.

Approximately
thirty feet ahead, unsighted too, was a narrow wooden bridge of badly weathered
planks; but there had been no warning sign of a bridge, still less of the
dangerous curve preceding the bridge.

She
was twenty-six years eight months old too young to die thus too astonished, too
disbelieving, to scream as the Toyota flew off the road and struck the surface
of the near-invisible water as if for an instant it might not sink but float:
as if the trajectory of its flight might carry it, the very weight of it,
across the water and into the snaky tangle of rushes and stunted trees and
vines on the farther shore.

You
would expect water in such a place to be shallow, just a ditch. You would
expect the guardrail to be more substantial. You would not expect to be, so
suddenly so rudely so helplessly, in the water black as muck and smelling of
raw sewage.

She
was astonished, and she was disbelieving, and it may have been that The Senator
too shared this reaction, for the Fourth of July on Grayling Island at Buffy
St. John's parents' place had been celebratory and careless and marked by a
good deal of laughter and spirited conversation and innocent excited
anticipation of the future (both the immediate and the distant future—for,
surely, one determines the other), thus it was virtually impossible to
comprehend how its tone might change so abruptly.

Several
times in her life Kelly Kelleher had experienced accidents of a similar abrupt
and confusing nature and each time she had been rendered incapable of screaming
and each time from the first instant of realizing herself out of control, the
fate of her physical body out of the control of her brain, she had had no
coherent perception of what in fact
was
happening.