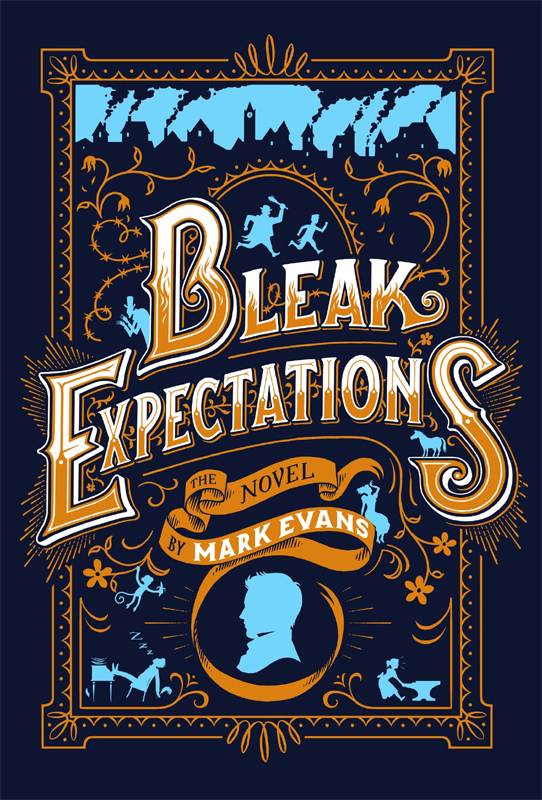 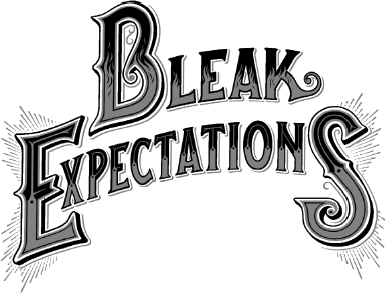 Edited with an introduction and notes by
Mark Evans

First published in the UK by Corsair,

an imprint of Constable & Robinson, 2012

The right of Mark Evans to be identified as the author of this work has been asserted by him in accordance with the Copyright, Designs & Patents Act 1988.

For my beloved Victoria, Rosie and Georgia; for my wonderful parents; for my late Granny because she’d have loved me having written a book; and for the marvellous Mr Gareth Edwards,
Bleak
producer extraordinaire.

In my experience, many introductions to classic novels do one thing very well: they ruin the story you’re about to read. If an introduction is going to discuss the plot, it should really be an afterword or appendix, but your typical academic has to stick it at the front just to boast that they’ve actually read the massive book, even if it does ruin it for everyone else.

This introduction will not do that.

Though I have read the book.

First, a word on the author. Sir Philip Bin is almost unknown outside academic circles these days, yet he was the best-selling author of the nineteenth century, selling more than Eliot, Trollope or even Dickens. Sadly, after the Victorian era his fame dwindled until he actually became the worst-selling author of the twentieth century, selling less even than some very bad writers who should never have had books published in the first place.

Indeed, by the start of the twenty-first century he was a forgotten man, and his books were thought lost to the world – until that fateful afternoon in the British Library when, full of intellectual curiosity, I was ferreting around in the book stacks, eager for a new area of study.

All right, I was actually full of a big lunch and eager for somewhere to have a nap.

Eventually I found a comfortable-looking corner in which there was a handy manuscript I could use as a makeshift pillow. The instant my head settled on it, I knew I had made a colossal literary discovery. In truth, the realization came only when I visited the lavatory after waking, washed my hands and glanced in the mirror to see imprinted on my face the inky impression of a title page: ‘
Bleak Expectations
Sir Philip Bin’.

I rushed back to seize the precious manuscript and decided it must be immediately reprinted. The fact that the author was long-dead and therefore the royalties would entirely come to me barely even crossed my mind.

And here it is:
Bleak Expectations
, Sir Philip’s most autobiographical work, a book that, in its original 1872 printing, sold 40,000 copies – one for every person who could read in Britain at that time.

The harrowing yet ultimately triumphant story of how— Ah, no. I said I wasn’t going to do that. So I won’t.

But I really, really have read it, even the massively long, complicated paragraphs with words we don’t really use any more and stupid Victorian syntax.

I have added explanatory footnotes throughout.
1
They appear at the bottom of each relevant page, not like some books where the notes are all at the end and you have to keep different fingers jammed in different bits of book to read it properly, usually resulting in a sprained finger or angrily thrown-away book.

If you want to tweet your thoughts while reading, don’t. You’re supposed to be reading. Get off the Internet.

For the same reason, you can’t find me on Facebook.

Though, if you want, you can find a short clip of me on YouTube shouting, ‘Get off the Internet and keep reading!’

Finally, I hope you enjoy Sir Philip’s tale as much as I did.

Because, for the last time, I really have read it.

Whether I shall turn out to be the hero of my own life or whether that station will be held by anybody else should be perfectly obvious. After all, what manner of a man would set down the story of his own life if at the end of it he came out looking like an idiot, buffoon or wally-chops?
1
Only an idiot, buffoon or wally-chops would do thusly and, barring one incident involving a lack of trousers and an unnaturally curious horse, I have never been one of those.

You, the malodorous public, know me as Sir Philip Bin: best-selling novelist, Member of Parliament, accidental yet still best-ever Prime Minister, scourge of the French, hammer of the Belgians and adjustable spanner of the Italians, discoverer of the West Pole, hider of the source of the Nile, inventor of the Scotch egg, the Welsh roll and the Irish bun, adventurer, explorer, philanthropist, misanthropist, xenophobe and nine-time all-England foreigner-baiting gold medallist.

But I was not always so.

Indeed, regarding my not-always-so-ness, there has recently been much speculation in the press as to my true origins: both the
Expressington Times
and the
Daily Standagraphian
have run scurrilous, fib-filled stories that have made my blood run hotter than a boiled kettle in an angry volcano. Hence this tome, my attempt to stop that speculation in its tracks like a shot elephant or a lazy train. With this book I shall set the rumour mill at rest and stop it grinding the flour of gossip, from which cometh the bread of scandal and thence the sandwich of despair, filled with the beef of misery and the mustard of grrrr.

Many clues as to my early life are to be found in my novels.
A Story of Two Towns
,
Miserable Mansion
,
The Old Shop of Stuff
,
Graham Grambleby
,
Massive Dorritt
– all my books contain hints at the truth. Apart from
Lustful Killer Bees from Mars
, which, I’ll grant you, is almost entirely fictional.

But now the time has come to cast away hints, clues and obliqueness and instead present the unadulterated story of my fascinating life, with its endless progression of trials, set-backs and conveniently spaced cliff-hanger endings. For adventure has followed me like a dog follows a man with bacon trousers and beef-steak underpants; that is to say keenly, and with a good deal of slobbering.

I was born in 1806, having been conceived the year before in celebration of Admiral Nelson’s victory at the battle of Trafalgar. Family tradition has it that my father, Thomas Bin, heard the news, exclaimed, ‘Hurrah for the King’, then immediately donned a three-cornered hat and eye-patch before boarding my mother, Agnes, and giving her a swift broadside amidships. Whatever the truth, some months later my mother was heavy with child or, as the local poor women described it, ‘all lumpy with a sex-meringue’.

I am told my birth was easy. But I did not need to be told, for I was there, and remember it as well as I remember anything of importance to me, such as my hat size (nearly clever), my shoe size (exactly one foot, obviously) and my blood group (Proper).
2
At one moment all was amniotic calm, my mother’s heartbeat soothing me as I nestled on the placental pillow within her, then the next there was the dread sensation of falling as Nature’s cruel but necessary process expelled me into the world. Fortunately, my birth-plummet was arrested by the pair of Dr Helplady’s reinforced pregno-bloomers my mother was wearing, otherwise the first acquaintance I should have made in my life would have been with a hard stone floor, and I am quite sure we would not have got along.

As I birthed out, my mother was in the midst of a harpsi-chord recital for my father, but being made of stern British stuff, she bravely continued to the end of the piece before presenting me as a baby-shaped encore. Alas, the only music I could provide was a childish wailing in an utterly different key from that of the Purcell my mother had recently completed and, furious at the cacophony, my father immediately left the house to do business abroad.

My father’s family name being Bin, and my Christian name Philip, my infant tongue could make of both names nothing longer or more explicit than Flip-top Bin. Over the years this was shortened to Ip, then extended once more to the far more name-worthy name of Pip. My mother, however, took my original mispronunciation personally, decided she had given birth to a twitiot and, embarrassmented, retreated to her room for a year to blush.

With my father abroad and my mother upstairs, I was raised by the housekeeper, Maggotty.
3
Ah, Maggotty. Dear Maggotty. Dear, sweet, warm, strange-smelling Maggotty. Her starched apron was my maternal bosom in those early months, her starched cap the boundary of my vision. In fact, my main memory of her is starch. She had a motto: ‘If it moves, starch it. If it does not move, starch it. If it seems it has enough starch already, it hasn’t, so starch it again.’

The kitchen was Maggotty’s domain and hence the kitchen was my playroom. And what toys I had! Copper kettles full of boiling water, great pans of bubbling soup, pointed skewers, sharp knives . . . Among my first words were ‘Ow’, ‘That hurts’ and ‘Can I have some real toys that won’t hurt me, please?’ Or at least they would have been, if I could talk at that age, which I couldn’t. But Maggotty would just smile her strange, starchy smile and encourage me to go exploring in the hot pastry oven.

Black Orchid by Abigail Owen
Darkness before the Dawn by Anne Stuart
The List by Siobhan Vivian
The Group by Mary McCarthy
Just One Kiss by Stephanie Sterling
Surface Tension by Brent Runyon
Borderlands: The Fallen by John Shirley
The Teacher's Secret by Suzanne Leal
Wicked Obsession (Bend to My Will #6) by Emily Jane Trent
The Vampire's Kiss by Amarinda Jones