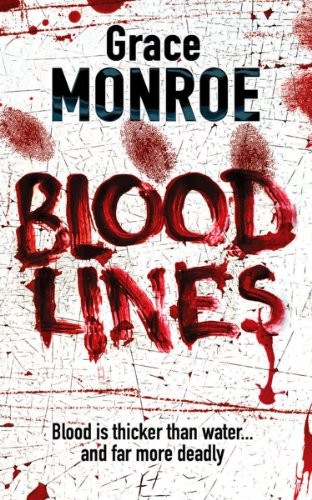 Gordon, Caitlin, Patrick, Brogan and Keanu you are my raison d’être. Maria

The Jacobite ruin stands high in the evening mist. Ruthven Barracks, set on a mound in the Scottish Highlands, echoes with ghosts and lovers’ tales. The settlement which had existed there for over a thousand years is long gone, but the rumours of betrayal and obsession are as fresh as if whispered yesterday. Alisdair Mor mac an Righ once made his home here, but few round these parts referred to him by that name then and nor do they do so now. One of the blackest bastards ever to walk through Scotland’s history, the son of King Robert II lived in barbarous times – times which he, the Wolf of Badenoch, made darker and more murderous every day he lived.

Now the earth which the Wolf walked is hard from the constant tramp of tourist feet. The day-buses and walking tours have long gone as the low evening clouds scurry past the moon. It is almost midnight, but it is as bright as day underneath the startling Scottish night sky. The lovers walk up the steep gravel path from the roadside and, hand-in-hand, enter the stony ruins. They sit down amongst the ancient stones, their heavy voices echoing with lust – and revenge.

A hip flask is taken from the backpack of its owner. It is handed to the other, who fingers it anxiously, thinking of past indiscretions.

‘Take the whisky and seal the deal,’ come the words as the dark fluid is thrown down a throat parched from the wanting. The breath of the lovers is sweet in the night air. They search for words, for an appropriate toast to what they feel for each other. Both seem content to drink in the surroundings and the presence of the other alongside the liquid from the pure waters of the nearby distillery.

This is a betrothal. A consummation. The reverberations of words exchanged and vows underscored will last beyond this night.

But he, more than most, knew that what lies on the surface matters nothing compared to what lurks beneath.

Legend interrupts fact with the Earl’s story at this point and says that his final visit to Ruthven was for an infamous chess battle to the death – with the Devil. As the Devil called ‘checkmate’, a terrible storm of thunder, hail and lightning surrounded the place. In the silence of the morning, all of the Wolf ’s men were found blackened and dead outside the castle walls, with their master discovered lifeless in the banqueting hall, unmarked but with the nails from his boots ripped out. The Devil had won yet again – as the Wolf had always known he would.

‘Don’t you want me?’ comes the voice from the seated woman, who raises the hip flask to her lips once more as soon as she has whimpered the words.

‘Don’t you want me?’ she asks again, her craving for love more overwhelming than the feeling of fear which batters these walls. The betrothal is not going as planned. Where are the dual commitments? Where are the exchanged vows of lifelong adoration? As the woman reaches out to touch the face of her beloved, she also raises the pewter flask above her head as a sign of dedication. Her voice echoes around the ancient stones, joining the many pledges made there over the centuries.

‘Join me,’ she says, but her words do not invite, they beg.

‘May the hinges of our friendship never rust, nor the wings of our love lose a feather,’ she continues, trying to ignore the silence of her beloved. ‘
Slainte
.’

The whisky warms her heart as she takes another sip. Warms her heart more than the presence of the one she loves. As it trickles down her throat, the taste awakes demons. It dribbles down her chin as she tries to wipe it away with the back of her hand. Her co-ordination is all wrong – has her old friend affected her so quickly? She drinks more, but the dribbles increase, and the woman looks to her love for help.

The words that reach her do not comfort.

Even to her own ears, the words sound slurred as she falls heavily to the ground. The woman’s tights rip on the rough stony hillside of the barrack floor, but her darling moves towards her, bringing hope. Her arms are pulled together above her head and held there as she is dragged still further. There is no help, there is no hope. The soldiers’ latrines await her as she is hauled round a corner.

‘This is for you,’ whispers her darling into her ear. The woman fleetingly thinks of love, of surprises prepared by the keeper of her spirit. As she is thrown into the hard-packed six-foot trench, lovingly dug just for her, her hopes are dashed and her heart knows that it has been betrayed. Silently she screams, incapable of making a sound.

‘If I’d known you were so fond of the taste of sodium pentathol, I’d have tried it years ago,’ come the words, but the woman is too busy watching what is happening to pay attention to the one-sided conversation. Her lover has picked up the spade resting on the rough stone wall and starts to dig afresh.

The pile of earth is considerable now. It has also managed to change the channel into something else. With the presence of the woman within, it is no longer a trench.

It is a grave.

The legs and the arms of the woman are useless. They are drugged into stillness, numbed into inefficiency, but it is the loss of love which immobilises her totally. The voice she once adored now drones on as the owner of it continues to dig.

‘Truth serum. That’s what most people know it as. Isn’t that funny? Isn’t that ironic? I couldn’t be less interested in your truths, my darling. I’ve had to put up with them for long enough. I think it’s much more worthy of reflection that this stuff is also used in executions.’

The face of the woman manages to contort with fear – no mean feat given the amount of paralysing drug she has willingly swallowed.

‘You betrayed me. You put your truths before everything. Before me. Before our love. Do you know what that does to someone? To me?’

She cannot answer, she cannot plead for her life or use her words to escape the fate she knows is awaiting her. Flecks of spittle foam around the mouth of the one she loved to kiss. She longs to wipe them away, to show a caring touch even with the knowledge that her lover has become her executioner. Pins and needles start in her fingers as the feeling spreads throughout her entire body. The winding sheet starts at her feet as her beloved ineptly wraps her in a shroud. This will be her bridal dress, this will be the culmination of their love.

‘My love, my love – why did you make me do this?’ asks the undertaker of her heart.

A tear escapes the woman’s eye as she is wrapped tenderly in her beloved’s arms who, struggling with the dead weight, lays her roughly in the grave. Still the woman cannot speak. The tears run down her face unchecked – her hands are close enough to scratch her nose but they are bound and crossed on her chest where there is no strength to break free.

The shovel of earth hits her heavily, knocking the wind and the life out of her body. Painstakingly, the grave is filled, each load crushing her body and stealing her soul.

Her head and neck are uncovered. She tells herself that this is no more worrying than a game children will play at the beach when they bury each other in the sand.

At any moment, her love will release her, they will embrace and their betrothal will continue.

As the knife pierces her cheek, the sensation returns to her body as pain slices through – as does the awareness that this is no childish game, this is no lovers’ diversion. The metallic smell of blood joins the stench of terror. The woman’s face is warm and wet as her beloved rubs dirt into the open wounds over and over again. Finally, strength returns to her fingers – as the first dirt lands on her face.

She tries to claw her way out.

She breaks her fingernails to the quick.

She feels the blood run down.

She cannot see for the suffocating darkness.

She cannot breathe for the earth in her nostrils.

She cannot scream for the muck in her mouth.

What starts in pleasure always ends in pain.

As the final words of the treasured one scrape against the ancient stones, the Wolf of Badenoch enjoys what he sees, savours what he hears.

‘Who will love you now?’ asks the beloved one as the knife cuts, the blood pours, and the Wolf howls with delight.

My knickers felt cold and squidgy when I pushed them into my jacket pocket. I tried not to notice the embarrassingly large bulge that they created. If I didn’t look at it, it wasn’t there. I liked that view of the world. At least for now. I was obviously quite good at only recognising what I wanted to recognise, given that whatever I had expected when I left the office last night hadn’t involved squelchy undies and drunken sex.

I’d felt so moral going in on a Saturday – it’s usually the quietest time to work, much better than Sundays when people sometimes panic and decide to get a head start on the week. Even Lavender sometimes isn’t there to give me directions on how I should spend my time. But yesterday, a combination of dull reports and accounts followed by too much rotten wine in a nameless Rose Street pub had brought about a distinct lack of continuation of my moral superiority.

Raising Blaze by Debra Ginsberg
Hold on to Me by Linda Winfree
Fatherland by Robert Harris
Following Your Heart by Jerry S. Eicher
Cradle of War (A Captain's Crucible Book 3) by Isaac Hooke
All In: ALL IN KNIGHTS OF MAYHEM by Brook Greene
The Killing Game by Anderson, Toni
Dead Man’s Fancy by Keith McCafferty
Cold Winter in Bordeaux by Allan Massie
El Capitán Tormenta by Emilio Salgari