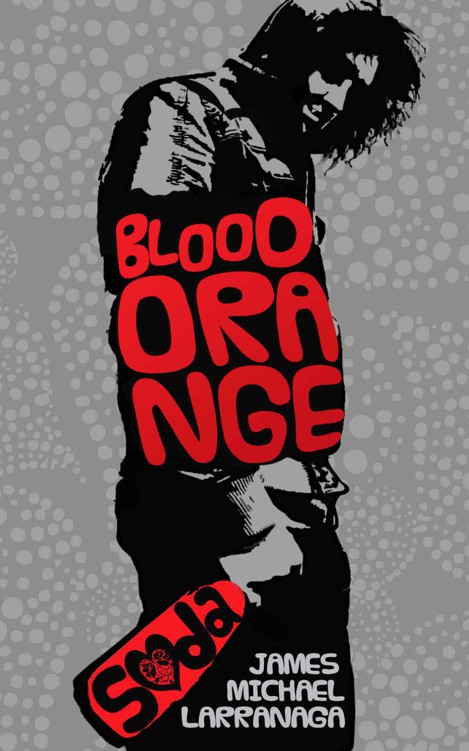 This book is a work of fiction. Names, characters, places, and incidents either are the products of the author’s imagination or are used fictitiously. Any resemblance to actual events or locales or persons, living or dead, is entirely coincidental.

Printed in the United States of America. All rights reserved under International Copyright Law. Contents and/or cover may not be reproduced in whole or in part in any form without the express written consent of the Publisher.

Thanks so much to Amy Farrar, Aaron Jay, Anna Larranaga, Christopher Noel and my writing friends at West Suburban Writers Group and the Eagan YA Writers Group.

Standing in front of a crowded church, I can’t bring myself to read the eulogy I wrote last night. The altar where I stand smells of the black and white lilies behind me. The church is full of classmates who once thought I was a creep. They don’t think that anymore. My best friend Weezer is sitting in the front with his parents. He’s dressed less Gothy today—no leather and skinny jeans, but a black sweater and khakis. I went full-Goth with guyliner, black lipstick and lots of metal around my neck and wrists. I’m in mourning and it should look that way, right?

Officer Denny, the sheriff who monitors our hallways, stands in the back of the church with his arms folded. My Goth and Emo friends from the Vampire Club are in the back pews—safety in numbers, I guess.

My sharp, sarcastic tongue usually gets me into trouble, and sometimes it bails me out. So I crack a joke. “My mom hates that I wear her makeup,” I say as I nod to her. The laughter calms my nerves, but only for a fleeting moment.

What am I doing here? I don’t belong here.

Flat on my back along the 20-yard line, I’m looking up at a football player. How much does his battering ram of a body weigh? He’s not wearing any pads and neither am I, because he’s a Jock-turned-bully and I’m the freaky Goth kid who’s playing the role of tackling dummy. His body slam has left me out of breath and praying for sweet death to overtake me, when my Angel of Mercy grabs the bully’s arm.

Yeah, her name really is Angel; but her last name isn’t mercy, it’s Martin. Angel of Mercy suits her better because she saved my ass so many times when we were in middle school. Now that I’m in my freshman year at Stearns County High School, she serves as my sophomore savior.

The Jock-bully, Bao Wang, flexes, smiling down at me, and spits, “Go home, freak.”

Sitting up in the wet grass, I try to obey him. The football stadium looks so much larger when you’re sitting on the field. What a rush it must be for jocks like Bao to play here beneath the stadium lights with fans cheering. I haven’t attended a single game because most of my Friday nights are spent pretending I’m too busy to watch our team, the Corn Cobbers, pop some unsuspecting team like the St. Cloud Apollo Eagles. Yeah, our mascot is an ear of corn. How menacing is that?

Brushing grass clippings from the sleeves of my black hoodie, I stand and realize there’s grass in my mop of black hair and the crack of my ass but I leave it, as Bao photographs me with his phone.

I know, right? Who does that? I flip him the bird.

He laughs at my feeble attempt at anarchy. “Ha! That’s one for RenRen,” he says.

RenRen is the Chinese version of Facebook, followed by all the Asian foreign exchange students at our little school in fly-over land. Welcome to the prairie, suckers!

“C’mon, do you really have to hurt him and then post it online?” Angel says in disgust.

“He’ll live,” Bao says in an Asian-English accent, or what we call Anglish. “You dying? Are you, Darius?”

“Namaste; the light in me honors the gargantuan light in you,” I say with mock respect, brushing off grass clippings as Angel walks over to me.

“You’re not revenging, Darius?” Bao asks with a thunderous laugh.

Revenging? Is that even a word? I might be
a
venging, or retaliating in the future, but right now I’ve been smacked down too hard to do anything other than stagger home.

The stadium feels similar to the Coliseum in Rome, like that movie
Gladiator
with Russell Crow as Maximus Decimus Meridius, taunting the crowd. He has a famous line that I can’t remember, so I turn and spit blood at Bao’s Sketchers and walk away.

As I’m leaving, heading for the dusty prairie along the railroad tracks, I hear Bao laughing as Angel joins me. She’s a loyal friend who hovers easily among any of the warring tribes that exist at our high school. She can hang with Jocks like Bao, Cheerleaders, Theatre Kids, Gamer Geeks, Preppies, Stoners and Goth Geeks like me. And within each of those groups there are the GBLTQ–Gay, Bi, Lesbian, Transgender and Questioning. Whatever your flavor, we’ve got it here at Stearns County High.

Angel walks on water, which is why I’m glad she walks alongside me because my reputation bobs along the surface like flotsam.

“Thanks for sticking up for me, again.”

“It’s not out of my way,” she says. “I always cut across the football field on my way home.”

“You know what I mean,” I say. “I thought high school would be better than middle school.”

“I won’t stand there and watch him bully you, or anyone else.”

She’s shorter than me, and her blond hair frames her face and rests just above her cleavage that emerges out of her tank top and flannel shirt. She’s rural-chic, an organic beauty with hardly any makeup.

Me? I’m the complete opposite, with my Goth-black hoodie and shit-kicker boots and my guyliner running off the corner of my left eye. I want to reach out and hug Angel, but I’m too awkward. We ‘hung out’ briefly when we were in middle school. We’d go to the movies and kiss and grope each other, and then she went off to high school and it got totally weird. She had new friends, and I drifted away on a wave of loneliness and a life raft of melancholy. So I shove my hands in my pockets and continue along the tracks.

“Want to get together tonight after dinner?” she asks.

“Once my mom heads off to work we’ll have the basement to ourselves,” I say.

“What about your sister?”

I almost forgot; I babysit my sister Kira, who is a seventh-grade drama queen. “She’ll be home. She’ll be glad to see you.”

“Should I bring Weezer?” Angel asks.

He’s our mutual friend, another Goth who plays a wicked lead guitar in our three-piece rock band.

“Yeah, we can work on our music,” I suggest.

Humming to herself, Angel balances on one rail, walking like an Olympic gymnast on the beam. She does a perfect dismount and jogs down the small incline into a scrub of red sumac trees up to her side of our neighborhood.

“Darius!” she calls from the woods.

“You could’ve taken Bao if you wanted to,” she shouts.

Did I mention my Angel is a pie-eyed optimist?

I walk in the middle of the railroad tracks, a relic of the American west, used only for moving freight and cargo. A Chinese light rail company wants to convert them to a high-speed rail system to connect St. Cloud to Minneapolis in an effort to encourage urban sprawl. Our neighborhood protested so much that the Chinese developers backed off, but families like Bao’s still live here. God, how bad can China be for somebody to want to live
here
?

Don’t let the name fool you; there’s nothing really great about St. Cloud. Here’s what you won’t read about us in
Fodor’s Guide to America’s Small Cities
: We’re a trite prairie town on the banks of the Mississippi River. We’re an hour north of Minneapolis, and most people pass through our town like flies through a broken spider web. Yeah, we catch our share of travelers, but most whiz on by, breathe a sigh of relief, and never look back. Of course, that’s just the opinion of one person. You should really visit to see for yourself.

But as my English Lit teacher says, “Back to the text…”

Under my feet I feel vibrations of the train behind me, right on schedule. The wooden railroad ties vibrate under my boots and I begin jogging, jumping from each tie as the vibrations increase. I pick up my pace to outrun the old train. I’ve done this more than a hundred times, and I always resist the urge to look back. It’s a game I play. I listen and feel the train under my feet. The horn from the train is always my early warning that it’s crossing the road and only a hundred yards behind me.

At this point the game of chicken is on, but of course, the train cannot veer off its track, and it’s too late for it to slow down. If I don’t move soon it will smash me like a bug. I sprint to its rhythm and when I hear the horn again, I shout all my anger about Bao into the storm cloud of noise bearing down on me: “Ahhhhhhhh!” And I jump off the tracks.

I count the number of seconds until the engine reaches me…One, five, ten, fifteen and the rush of wind and angry horn blows—close, but I’ve been as close as ten seconds before.

Me suicidal? No. Me as an adrenalin junkie? Affirmative!

A blur of freight cars whizzes past me. Was Angel right? Could I have defended myself against Bao? He has to be at least 180 pounds of muscle to my 135 of pale skin and bone. I learned martial arts—it’s required in our gym class—but he knows it better than I do.

Living a “revenging” life isn’t how I roll. Sure, I could’ve bitten Bao, but that would only get me in a heap of trouble. I brush it off as just another awkward start to my freshman year and I wonder, what’s for dinner?

My mother, Virginia, is thin and pale like me, with dark-brown hair that she usually pulls back into a ponytail and chip clip. She works nights, which means she sleeps all day when my sister Kira and I are in school, and awakens as we arrive home in the afternoon. Like other days, I enter through the back door into the kitchen, where my mom is making breakfast for herself and dinner for Kira and me.