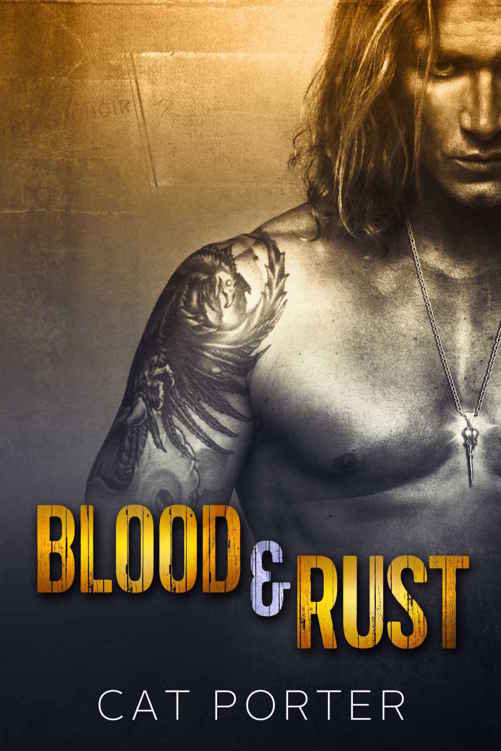 This book is a work of fiction. Names of motorcycle clubs, characters, places, and incidents either are products of the author’s imagination or are used fictitiously. Any resemblance to actual persons, living or dead, events, or locales is entirely coincidental.

You should be here.

Not body’s death, but body’s banishment
, was the Prince’s decree for the kid’s crime, and Romeo freaked.

Much more than death,
Romeo thought.

Yeah, that is what it’s like, Romeo. You sure didn’t live it as long as I did. Then again, you got yourself killed.

I’d first noticed the word banishment when we read
Romeo and Juliet
in high school.

Romeo had been banished from Verona as punishment for killing the man who’d killed his best friend. He kept repeating the word
banishment
, torturing himself with it, crying over his fate that was worse than any death he could imagine. He would have to leave his hometown and could never be with Juliet again.

Romeo went hysterical at the word, but none of us in that classroom had understood what the hell the big deal was. Instead of having to eat the death penalty, he was getting a pardon. We’d all shrugged because, hell, we all wanted out of our seedy little has-been town in northern Cali. Forced exile sounded like a good deal to us. Romeo was a lucky guy.

But, for him, it was a black word, a word the damned used in hell.

Our teacher had explained that, back then, banishment was a severe punishment, not just a move to the next town over. She’d made us say that word out loud over and over, just like Romeo did in the play. The sounds it made alone had a hushed power, an eeriness. An echo of loneliness.

Banishment meant you were alienated from everything and everyone you knew and loved. Romeo would be alone in the wilderness. Pushed out, shoved forth into the unknown. Naked, no property, no family. Everywhere he went, he would be a foreigner, a stranger, not to be trusted.

Oh, we’d all eventually nodded our heads, kind of, sort of getting it but not really. We had never comprehended the depths of what banishment really meant.

Me and Romeo—we had a lot in common.

But Romeo needed to buck up and get real. He had to own it.

No, he didn’t have a cocaine addiction twisting him into the basest form of himself—an ass who made tilted decisions. He hadn’t conspired with his enemies behind his family’s back. Romeo hadn’t tossed the match and had himself a good ole time while his house was on fire, the smoke singeing his lungs.

I’d had a couple of Juliets along the way—my wife, then the Grace of my past, and the Grace of my present. I’d wrung myself over Grace, then and now, and still, each time, I hadn’t been on my best behavior. No, I’d been no stalwart Romeo there. I’d been unable to step up to the plate, to be honest. I’d squandered my chances. Chances, really, I shouldn’t have taken in the first place, but what the hell? I’d always jumped first and thought about it later. When I’d surfed as a kid, I’d always wanted to be in the pocket straight off.

Somehow, I’d been lucky enough to meet my wife. We got it together and had it good, but then I lost her in a pool of blood, chrome, and regrets.

And that was where Romeo and I met again—on that road to Padua.

That pain, that monster on my back, that guilt drove me to do anything to forget.

And up it went.

Up in smoke, up my nose, in my mouth, across my tongue, on my cock, in my veins.

My shield and my weapon…against myself.

Money flowed in and out of my pockets, and the women—
ah, the women
—were an endless blur of,
Yes, yes, yes
, and,
What the fuck?

Death was the end of all, but with banishment, redemption was still possible. There was yet a trace of hope. Even the Friar and the Nurse yelled at Romeo to cut his crying and stand up and be a man about it, to take his opportunities.

Unlike Romeo, I wasn’t going to steal back home in the shadows of the night, armed with a dagger or poison. I kept my nose to the ground. I got clean. I banged my head against the walls. I scraped my nails over the splintered wood. I ground my jaw to the bone.

Through it all, I rode my Harley and tended to her like she was my forever Juliet. And she was. She was my constant. Her roar over the road, our cutting through the wind, drowning the voices, the goddamn noise—that is my greatest satisfaction, my supreme indulgence now.

No, no more banishment.

I listened to my rough heartbeat through the black of the night. I worked hard, thought ahead. I was patient.

I would end this exile.

And, now, I had caught the prize, the token of war, and would deliver him to my club and lay him at my president’s feet.

Creeper, former brother, cohort, traitor had been off the grid since things had exploded between the Jacks and a rival club, the Demon Seeds. I’d found him, and now he was my prisoner until the time was right. My carrot, my guarantee. Jump would need convincing that it was worth letting me back in, that I was worthy. Our National President had approved, but Jump was another story.

Finding Creeper was a deed I had vowed I’d carry out from the moment he’d shot me and taken off last year.

Catching Creeper was a pledge.

Rather, the beginning of the end. Killing him would be a new beginning.

For all of us.

I used to wish I could go back in time.

Before I’d overstepped boundaries I never should’ve dared cross. Before I’d destroyed my brother, killed my wife. Before I’d held her as she bled out in my arms. Before I had drunk myself to sleep every night, the sound of her laughter a sting lingering in my ear.

Before I’d allowed my responsibilities to rust.

To a time when the whiskey still burned down my throat. And I was still surprised by both good and evil.

But that was a long time ago.

All through my battle with my addictions—reliving the specters of my foul weaknesses, pathetic failures, and hollow ambitions—I had focused on one thing only.

I’d wanted to rectify. Put it all to rights. Repair the damage. Rebuild. Scrape off the rust. Fortify the bones.

That was what I’d wanted from the beginning, and I had vowed to myself I would make that happen. That was why I’d been working so hard for over a year now, taking risks other nomads wouldn’t. And, now, the final cycle had begun.

There comes a time in every man’s life when he must pay—pay for the wrongs he’s done, the sins he’s committed, the lies he’s told, the misery he’s wrought.

This was Creeper’s time.

Families and Survivors by Alice Adams
The Hounds and the Fury by Rita Mae Brown
Riverboat Point by Tricia Stringer
Program for a Puppet by Roland Perry
A Wife by Christmas by Callie Hutton
Seductive Knight by Tierney O'Malley
The Springtime Mail Order Bride by Kit Morgan
White: A Novel by Christopher Whitcomb
Family of Lies by Mary Monroe
Killer: A Bad Boy Romance by Heather West