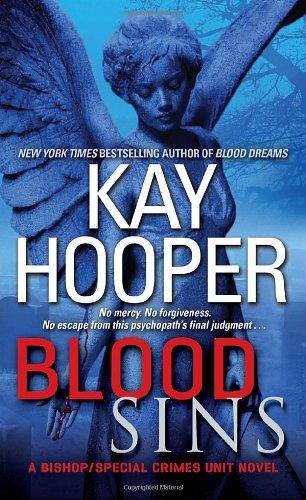 S
ENATOR ABE LEMOTT
turned from the window and looked at the man in his visitor's chair. "So that's it?"

Bishop said, "The monster who killed your daughter will spend the remainder of his pathetic life screaming at the walls. Whatever was left of his mind got broken there at the end. Or maybe a long time before the end."

"And the monster who pulled his strings? The cold, calculating mind behind him?"

"So far we haven't found so much as a trace of evidence that he even exists. Except, of course, that we know he does."

"What else do you know?"

"I believe I know where to start looking for him."

S
ARAH KEPT
to what little shadows the winter-bare trees provided as she worked her way through the forest that separated the Compound from the road. The full moon made this night an uneasy one for stealth, but she hadn't been given much choice in the matter. Waiting even another day was potentially far more dangerous than acting, so--

She sensed more than heard a sound and froze, her arms tightening around the sleeping child.

"It's just me." Bailey appeared to step literally out of the darkness not ten feet away.

"Are you early or am I late?" Sarah kept her voice as low as the other woman's had been.

"Six of one." Bailey shrugged and crossed the space between them. "Is she out?"

Nodding, Sarah relinquished the little girl, who was warmly dressed to protect her against the January chill. "She should sleep another couple of hours at least. Long enough."

"And you're sure about her? Because we can't keep doing this. It wasn't part of the plan, and it's too dangerous. Sooner or later, he's going to figure it out."

"That's what I'm trying to prevent. Or at least delay."

"It's not your job, Sarah. Not the reason you're here."

"Isn't it? He's getting better at choosing latents. Better at finding them and convincing them to join him. Better than we've been." Sarah was aware of a niggling unease that was growing rather than diminishing. "Speaking of, are we covered?"

"Of course. My shield's enclosing all three of us."

"What about more-conventional protection?"

"Galen's got my back. As usual. But once we leave, you're on your own again."

"I'm not worried about me."

"She could be the one, Bailey."

"All the more reason. Without the defenses we can teach her, she's vulnerable as hell, especially to someone bent on using her as a weapon."

Bailey shifted the slight weight of the child and sighed. "Look, are you sure you haven't been . . . influenced . . . by what this guy is preaching? All that prophecy stuff?"

"We believe in prophecy stuff," Sarah reminded her.

"Not the kind he preaches."

Sarah shook her head. "Don't worry, I'm not a convert. It's all I can do to keep up the facade of a loyal member of the flock."

"Many more defections and kids disappearing, and that's going to get a lot harder."

"Harder than this?" Sarah reached out a hand and lightly touched the child's long blond hair. "Her mother is gone. And I haven't seen her father in two days."

Bailey's mouth tightened. "You didn't include that in the report."

"I wasn't sure until today. But he's gone. I think he was beginning to ask too many questions. He didn't believe his wife would have just run away, not without their daughter."

"He was right about that."

Sarah had been expecting it, but the news was still an unwelcome shock. "She was found?"

"A few miles downriver. And she'd been in the water awhile, probably since the night she disappeared. No way to determine cause of death."

Bailey didn't have to explain that further.

"Are the police going to come around asking questions?" Sarah asked.

"They have to. Ellen Hodges was known to be a member of the church, and the last time she was seen it was in the company of other church members. Her parents know that, and they're more than willing to point the police in this direction. So if the good Reverend Samuel can't produce Ellen's husband
or
her child, he's going to have a lot of explaining to do."

Sarah managed a hollow laugh, even as the sense of unease she felt grew stronger. "You're assuming the cops who come here won't be church members or paid-off
friends
of the church."

"From something I overheard, I'm convinced enough that I say it wouldn't be a good idea to take any local law enforcement into our confidence. Not unless somebody on our side can read them very, very well."

"Good enough for me. But Bishop is not going to be happy about it."

"I doubt he'll be surprised. We knew it was a possibility."

"Makes the job harder. Or at least a hell of a lot more tricky. Not that it wasn't already, with the town being so isolated and the church so insulated." Bailey shifted the child's weight again. "I need to get the kid out of here."

"Yes. I know. Don't worry, we'll take care of her. She has family who love her and will want her."

"She also has an ability she's barely aware of." Sarah reached out once more to gently touch the child's hair, then stepped back. "Protect her. Protect her gift."

"We will. And you watch your back, hear? You've got a dandy shield of your own, but if it's taking an effort to pretend you could belong here, Samuel or one of his so-called advisers could pick up on the fact that you're hiding more than a bit of doubt about the good reverend and his real agenda."

"Believe me, I know." Something cold was spreading through Sarah's body, and she took two more steps back, deliberately removing herself from the other woman's protective shield. "Tell Bishop and John that at least one of Samuel's closest advisers is a strong psychic. I've felt it. Not sure which one; there's nearly always a group of men around him."

"Maybe you were just picking up Samuel."

"No. With Samuel it's just the way it's always been, a . . .null field. As if he isn't even there, at least psychically. No sense of personality, no aura, no energy signature at all."

"That's more than a shield."

"I know. I'm just not sure what it is. I've never sensed anything like it before."

Bailey shook her head. "I was really hoping that had changed or you'd learned to read him somehow."

"I've tried, believe me, every chance I've had. But nothing. He's literally shut inside himself."

"Whenever I've been close enough to try to pick up something. But I'm not part of the inner circle or one of his chosen women."

"No, we haven't been able to get anyone that close."

"And I don't know if we ever will. That inner circle is incredibly protective of him. And whoever the psychic is . . . he's got one hell of a shield, a readable one, so it's a given there's something powerful generating it. But I'm not sure what he can do, what his ability is. It could be anything. Tell them to be careful. Whoever else they send in needs to be careful."

"I'll report when I can." Sarah turned and hurried away, her slender form almost instantly swallowed up by the shadows of the forest.

Bailey hesitated, but only for an instant, before swearing under her breath and turning to retrace her own steps. She moved swiftly, even carrying the child, and covered at least thirty yards before she heard, from somewhere behind her, a sound that stopped her in her tracks and yanked her around.

The beginning of a scream, cut off with chilling abruptness, its echo bouncing around eerily in the otherwise silent woods.

"Bailey, move." For a big man, Galen himself moved with uncanny silence, but that wasn't the trait she was interested in right now.

"I know. Get to the car. If I'm not there in five minutes, leave." His weapon was in his hand, and he was already moving away, back toward the Compound.

Bailey wasn't a woman who accepted orders easily, but she obeyed that one without further question. Tightening her arms around the sleeping child and concentrating on intensifying the protective blanket of energy wrapping them both, she hurried through the woods toward the road and the car hidden there.

G
alen had long ago perfected the art of moving through any type of terrain without making a sound, but he was all too aware that at least some of those who might hunt him in this forest could listen with more than their ears. Even so, he didn't allow the knowledge to slow him down, and he made good time.

Then again, he acknowledged grimly, he had probably been too late at the first note of Sarah's scream.

She lay on her back in a small clearing, in a pool of moonlight so bright and stark it was like a spotlight. The agony contorting her features seemed an almost unreal Halloween mask of horror. Her wide eyes gazed directly up at him, terrified and accusing.

At least that was the way Galen saw it. He wasn't psychic in the accepted sense, but he could read people in his own way. Even dead people.

He knelt beside her sprawled body, his free hand feeling for her carotid pulse even as he kept his weapon ready and visually scanned the woods all around them.

He didn't see or hear a thing.

And Sarah was gone.

Still kneeling beside her body, he frowned down at her. There wasn't a mark on her that he could see, no visible cause of death. She had bundled the child well against the cold, but her own jeans and thin sweater had provided little protection, and the light color of her clothing allowed him to be fairly certain there was no blood to indicate any kind of wound.

Elemental Havoc (Paranormal Public Book 11) by Maddy Edwards
Imperfect Rebel by Patricia Rice
The Shy Dominant by Jan Irving
Rock Hard Love by D. H. Cameron
Take Two by Whitney Gracia Williams
Orphea Proud by Sharon Dennis Wyeth
TRAITORS by Gerardo Robledo
A Death for a Cause by Caroline Dunford
My Family and Other Superheroes by Jonathan Edwards
Out of the Faold (Whilst Old Legends Fade Synchronicles) by Laura Abudo