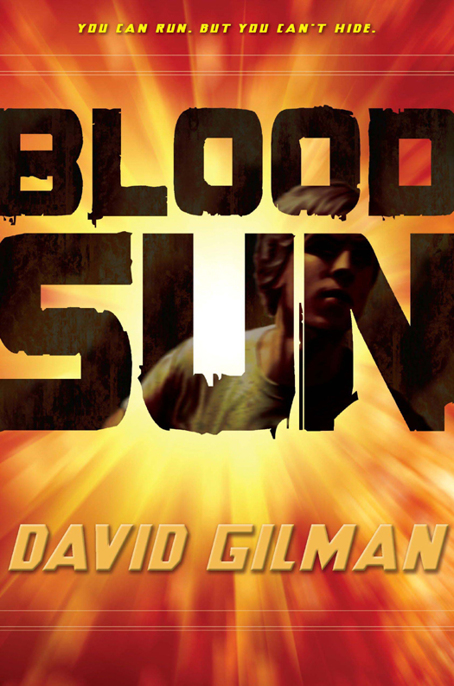 All rights reserved. The use of any part of this publication, reproduced, transmitted in any form or by any means electronic, mechanical, photocopying, recording or otherwise, or stored in a retrieval system without the prior written consent of the publisher—or in the case of photocopying or other reprographic copying, license from the Canadian Copyright Licensing Agency—is an infringement of the copyright law.

Published in Canada by Doubleday Canada,
a division of Random House of Canada Limited

FOR DES
,
THE BEST OF MEN

My appreciation to my guides Joe Awe and Hilbert Tut in Belize for sharing their knowledge of the rain forest, and for Joe’s rich history of the Mayan culture. Thanks to Keith Chiazzari for double-checking all things about boats and planes; naturally, any errors, deliberate or otherwise, are mine alone. James McFarlane continues to be a constant source of help with flora and fauna and many other things. I’m grateful for the kindness and help offered by staff of the Anthropology Library at the British Museum’s Centre for Anthropology, who guided me toward various academic research papers on the history and culture of the
Quipu
, which I have chosen to write in its alternative spelling of
khipu
.

When the last tree falls, so too will the stars. 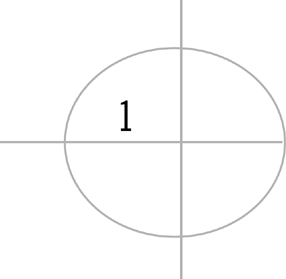 Eyes wide with terror, he saw only the gaping void, heard his desperate breathing hammering through his skull as the rasping one-eyed monster pursued him. Beneath his feet, death’s slippery tongue glinted dully in the belly of the beast.

A faint signal beat through his mind, a rhythmic note that was his own voice.
Don’t fail. Don’t fail. Don’t fail
. To do what? His thoughts were in tatters. He tried to scan the memory banks embedded in his brain. Terror gushed chemicals through his body. He couldn’t remember! Legs and arms pumped him deeper into the tunnel as crackling sparks of cruel laughter gained on him. The monster’s beam of light could not see him yet, his dark clothing morphing him into the nothingness. A grinding, pulsating sound of metal on metal. Arms flailing, he felt his coordination begin to fail. Always so strong, always so capable, and fit and young.
Young. Yes, he was. He remembered that. And voices from the past—echoing in his head.
Never give up. Keep going. You’re one of the fittest boys here, Danny
. Danny! That was his name. He was too young to die. He knew this as surely as he knew that the blackness suffocating him was now the beginning of the end. Blood began to seep from his eyes, nose and ears. Like the tears of a clown, it dripped down his cheeks.

He fell forward, and in those two seconds it took before he hit the ground, lightning flashed behind his eyes and a rippling wave of enormous power reached up to him from the blackness, pulling him to his death. His muscles loosened; the coarse brown envelope he had been clutching fell from his fingers. His body jerked convulsively as the power surged through him.

The approaching London Underground train’s impetus created a vacuum that sucked air out of the tubelike tunnel. Rubbish scattered. Old crisp packets and a brown envelope addressed to Max Gordon at Dartmoor High School tumbled and fluttered their way to the platform.

The train shuddered over the unseen body now lying to one side of the electrified line, but the boy felt no pain or fear. He had already sunk into the vortex of death.

The brain worm had finally eaten its way through his skull.

A black Range Rover purred down the rain-slicked strip of tarmac, over gorse hills and around granite tors. As it crested each rise, the onrushing clouds skimmed above the roof of the vehicle. Hard rain pebbled against the windscreen as the road
dipped and twisted through the folded hills. The driver wore black denim jeans that crumpled onto suede desert boots. A dark-blue T-shirt hid beneath a hooded sweatshirt that sported a San Francisco 49ers logo, and the leather jacket had cost a lot of money. Half-gloved hands teased the steering wheel round a snaking bend as the big Rover squeezed across an ancient bridge. Swirling copper-colored water, rich with peat, churned below the supports, threatening to spill onto the road. He pressed the accelerator; the four-wheel-drive pulled power effortlessly from the V8 engine, and a whiff of steam hissed from the spray that slashed against the exhaust.

“Godforsaken place,” said his companion, a man similarly dressed, of similar age and in exactly the same profession. He shifted in his seat, the 9 mm semiautomatic catching his ribs. He eased the pressure.

The two men seldom spoke. Training and a natural tendency to stay silent meant their brains weren’t picking up pieces of useless flotsam to make small talk. The driver said nothing. He liked the bleakness of Dartmoor, the shifting light and the threatening power of nature that could catch the unprepared and kill them. Nature could be as efficient a killer as he. Besides, years ago, he had trained for many long months in conditions like these, being tested beyond his limit. It was a trial he had relished and overcome. He reckoned that the boys who attended Dartmoor High had that same instinct.

Weighted with rain, the clouds sucked any light from the sky. The road twisted across the side of a hill, rose up, and there in the far distance, barely visible between darkened earth and impenetrable sky, was a building hewn from granite.
A Victorian fortress held by claws of black rock. Once a harsh prison constructed on the remains of Rome’s XX Legion’s outpost, it had housed the criminally insane, but the wardens had been unable to stand the terrifying nights of banshee winds and the tormented cries of the incarcerated.

It had been converted into a school a hundred years ago—a place where a boy’s intelligence was challenged as much by the no-nonsense education as by the demands of physical pursuits. With commanding views, the place was a solitary image of unyielding steadfastness in the face of the storms nature threw at it.

The driver smiled. No wonder the boy who died in the tunnel had given them such a long, hard chase. He had been from Dartmoor High.

Fergus Jackson, the headmaster, stood in the tiled entrance hall. Crumpled corduroy trousers, a rough knitted sweater over a checked shirt and a stout pair of hiking boots gave him the appearance of a moorland farmer. Callused hands would pull through a shock of gray horse-mane hair in a troubled response to any question he was uncertain how to answer—or when he wanted to buy time. It made him come across as a bit of a bumbler. Whoever thought that did not know Fergus Jackson. This was his smoke screen while he assessed those in his presence—what he was doing right now with the two men who stepped into the entrance hall as he closed the oak doors behind them.

He had observed them from his study window before answering the insistent doorbell. Two young men. Fit, strong. They moved almost lazily. Short-cropped hair and rough
stubble on their faces. They ignored the flurries of rain when they stepped down from the Range Rover.

As he ushered them inside, he took in their every movement and gesture, saw their eyes scan the school’s entrance hall, watched as they turned back and caught each other’s gaze—a quick look that said each had checked the place with a professional eye.

“Sorry it took me a while to get to the door—it’s half-term. We’ve only a few teaching staff around, and the boys who are still here probably made a determined effort to ignore the doorbell. I’m Fergus Jackson. Headmaster here. Though I’m supposed to say ‘head teacher’ these days. We haven’t quite caught up with political correctness. All a bit silly, really, isn’t it?”

Another glance between the men. They’d get the information they needed from this old dinosaur without too much trouble. Mr. Jackson extended his hand in greeting. Each of the men shook it. Neither took off his half-fingered leather gloves.

Ill-mannered, Jackson decided. Men who don’t care what people think of them. He saw the band of skin under one man’s wrist, between glove and sleeve. A tattoo, three words, but only one word of the three was visible; the others were fragments: …
nnia—Velvollisuus—Tah
…

“We don’t get many visitors out here. Are you lost?” Mr. Jackson asked innocently.

The man who had stepped down from the driver’s side of the Range Rover pulled out a small leather wallet.

“Mr. Jackson, sorry to disturb you. My name is Stanton
and this is Drew.” There was a hint of an accent. Mr. Jackson couldn’t place it, but he guessed the man had spent some time in the Nordic countries.

Stanton flipped the wallet open and handed it to Mr. Jackson, who patted his chest for his spectacles, thrust his hand beneath his sweater and pulled out the glasses from his breast pocket. The men waited as he scanned the identity card.

The driver smiled and took back his warrant card. As he returned it to his inside pocket, his jacket eased back, exposing the speed-rig shoulder holster and the semiautomatic that nestled against his ribs. The black nylon clamshell gripped the body of the weapon, allowing a fast draw when needed.

“We’re here to make inquiries about a former pupil, Danny Maguire. The boy who died on the London Underground a couple of days ago?”

“We think he might have been trying to contact one of the boys here. A Max Gordon,” said Drew.

DAEMONOMANIA: Book Three of the Aegypt Cycle by Crowley, John
Frigid Affair by Jennifer Foor
Epidemia by Jeff Carlson
Crushing on the Bully by Sarah Adams
Night Lamp by Jack Vance
In The Grip Of Old Winter by Broughton, Jonathan
The Rembrandt Affair by Daniel Silva
Soul Bonded by Malone, Meghan
The Legend of the Phantom Highwayman by Tom McCaughren
Arrest-Proof Yourself by Dale C. Carson, Wes Denham