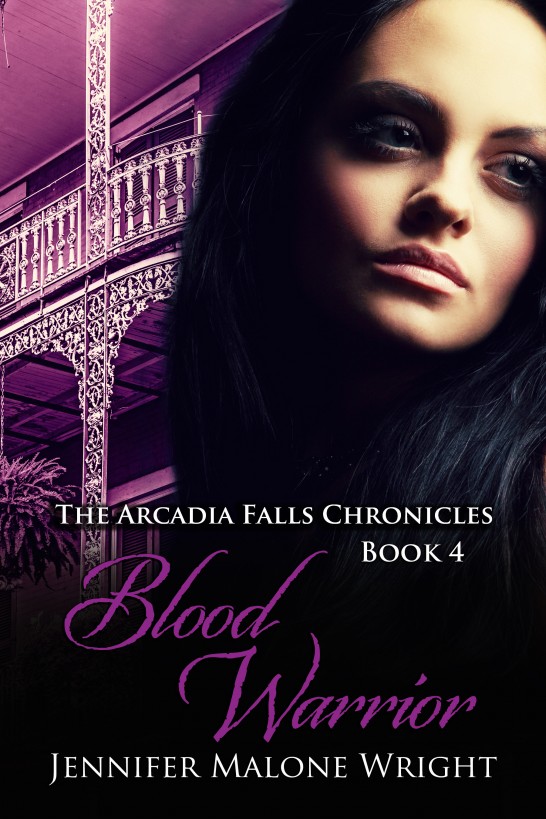 This eBook is licensed for your personal
enjoyment only. This eBook may not be re-sold or given away to
other people. If you would like to share this book with another
person, please purchase an additional copy for each recipient. If
you’re reading this book and did not purchase it, or it was not
purchased for your use only, then please return and purchase your
own copy. Thank you for respecting the hard work of this
author.

First and foremost I thank my husband.
Trying to raise five children, even together, isn’t easy, but we
manage to do it together and support each other in our work. But,
when it comes to writing, he is not only supporting my work, but my
dream.

I also want to thank my good friends
who take part in the creation of these books. Rose, Tracy and
Shawn, Kym, and Willow, thank you for always being there for me to
run ideas by or simply to support me.

A huge thank you goes out to my street
team, I love you Double Trouble team members, especially our hard
working team leaders Cheree and Jeni, without whom I would never
know what was going on with the team.

And finally, I would like to thank my
cover designer Paragraphic Designs and my editor Ink Slasher
Editing.

OTHER BOOKS BY JENNIFER
MALONE WRIGHT

Once Upon a Zombie Apocalypse – Jade
(Always free)

Once Upon a Zombie Apocalypse: Episode
2

Other Books by Jennifer Malone
Wright

I was on autopilot now.

Open the door, get out, fight, kill …
survive.

I stepped out of the car and a blast
of hot, muggy, Louisiana air hit me, causing a sheen of sweat to
instantly appear on my skin. The breeze didn’t do anything to help
matters, it only made things worse by catching my hair and making
it flutter around into my eyes.

My guns were both drawn as I moved out
from behind the car door to face the men who awaited us at the
bridge. They had blocked the entrance into New Orleans with their
trucks and stood in front of the vehicles with their assault rifles
aimed at us.

The men were in military uniforms,
right down to the Kevlar and flack vests. Dark sunglasses covered
their eyes, but the dragon tattoos on their right cheeks stood out,
prominently displaying their loyalty to the Vampire Council. I
counted eight men in uniforms. There were six of us, but that
didn’t mean anything when we were up against assault rifles. It
looked like Alice was going to have to do a lot of the heavy
lifting for us to get out of this one.

“
Set your weapons down and
put your hands in the air!” The loudspeaker guy
repeated.

I knew better than to look at my
comrades, a good Hunter always kept her attention on the target. We
had known this was coming long before we arrived, so we were
somewhat prepared.

I felt more than saw the shimmering
bubble of Alice’s shield silently slip around me. I knew without
looking that the shield was large enough to cover the whole
group.

Drew and Luke stood to my left and
Gavin was directly behind me. Alice, Oscar, Zander and Christina
were to our right, having pulled Zander’s truck up on that side of
the Escalade. It had been decided ahead of time that none of us
were going to part with our weapons. We couldn’t chance losing our
only guns since there was no way for us to get any more at the
moment.

None of us complied with his repeated
order, so the next order was to his soldiers. “Fire!”

The noise was unbelievable, I’d never
in my life heard anything like it except for in the movies. The
soldiers pulled the triggers on their weapons and I wanted to
cower, but I forced myself to stay put and not to move. I knew
everyone else was doing the exact same thing. We had to trust
Alice’s shield.

Milliseconds later the rounds silently
lodged themselves into the invisible barrier, then dropped down,
ending their assault with the pinging sound of metal against
pavement.

I stood behind our
protective shield, watching the bullets stop mere inches from me
and then fall to the ground. Holy crapola, of all the crazy stuff
I’d seen and done in my short lifetime,
that
was the scariest.

“
What the hell!” one of
the soldiers shouted, obviously confused as to why we were all
still standing.

Again, we’d anticipated their moves.
We knew that there would be a stall when they realized that their
guns couldn’t harm us. Gavin took that as a cue and stretched out
his arms, palms facing upward. He closed his eyes and tilted his
face to the sky.

Mistaking Gavin’s pose as a gesture of
surrender, the soldiers resumed their shooting. These guys were
making it blatantly clear that they didn’t want prisoners, they
wanted death.

What Gavin was doing, however, was far
from surrender. The gently moving waters of the river suddenly
began to quake and shift, rising into waves as Gavin’s power took
hold.

The soldiers were too intent on us,
their targets, to look around them and see what was happening. So
they didn’t see the giant waves growing high into air on each side
of the bridge.

They continued to shoot at us despite
their confusion. “Keep firing,” the loudspeaker guy ordered. The
other soldiers glanced at each other, but followed
direction.

The shield held, withstanding the
force of all the gunfire. I watched the waters rise up into the air
and hoped to God that it would continue to hold. I glanced over at
Alice and found her standing calmly with her eyes closed, blocking
out the world around her so that her concentration wouldn’t be
disrupted. If her concentration fell, so would the
shield.

The waters around the bridge had
finally reached about thirty feet high when Gavin lifted his arms
straight up, reaching to the heavens. The huge waves of water
suspended there, waiting for Gavin to tell them what to do. Then,
grunting like he had been holding all the weight of the water,
Gavin swung his arms downward, his whole body lowering into a
kneeling position as he did so.

The water crashed down onto the bridge
like a tsunami. The soldiers in front of us didn’t suspect a thing
as the river water fell onto them with its full weight of thousands
of pounds.

A cry of triumph resounded from our
small group, myself included. I raised my guns into the air and
yelled right along with them as we watched the soldiers disappear
into the murky water.

Nothing so magical had ever happened
to me as watching all that water hit the shield. It was like being
inside of a fish tank. The entire world vanished, aside from what
we could see in the bubble. Thank goodness, Alice had included the
vehicles within the protection of the shield.

We waited for the area to clear,
watching the water slide down the outside of the barrier. The time
it took was probably less than one minute in real time, but it felt
like freaking forever to me.

Gavin had returned to his normal
stance, but was gently moving his hands and forcing the water over
the bridge to clear the way.

When the majority of the water was
gone, I visually searched every inch of space I could see, hoping
that the wave had taken most of the soldiers with it. But, the
first sign of life that I saw was an angry soldier trudging toward
us. He had no weapon, most likely having lost it when the wave
hit.

“
Drop the shield,” I
ordered.

I heard a sigh of relief as Alice let
the shimmering bubble fall, exposing us to the soldier and any
others who happened to be out there. For me, there was always a
decision when it came to weapons. I had my fire, which was a
constant inner force begging to be let out. So, as this man
steamrolled toward me, I felt the urge to roast his ass. Instead, I
pushed back the fire and raised one of my guns. He was in full
military gear with the flack vest and Kevlar helmet, so I aimed for
the neck.

Again, the remorse of killing a human
being and not a vampire sat heavy in my stomach. I didn’t like this
at all, not one little bit. But, like before, this guy was going to
kill us if I didn’t do something. Kill … or be killed. That was the
bottom line.

“
Don’t hesitate, Chloe.”
Drew’s words drifted into my ears like whispers on the
breeze.

Of course, I hit him with the first
shot. He stalled and then jerked sideways, his hand going to his
neck. Blood spewed out from the gunshot wound where I’d hit him. I
charged forward, through the inches of water still on the bridge,
knowing I had to finish the job. Even worse than shooting a human
being, was seeing one suffer from a wound which I’d
inflicted.

The soldier had fallen to his knees
and his hand was pressed against his neck as if he was trying to
keep the blood inside. He appeared to be in so much pain that he
didn’t even seem to notice that I was approaching.

As soon as I was within distance I
kicked him in the shoulder. He cried out and toppled over onto the
wet pavement, causing water to splash up all around him.

Don’t think, Chloe, just
do it.

I was on him before he had time to put
up any sort of fight. I ripped at the straps of his vest, flipped
it up and fired before I could give myself any time to think about
what I was doing.

I stood and backed away from the
solider. My eyes closed and the bridge seemed to sway under my
feet. Suddenly, the snacks I’d had in the car churned within my
stomach. “Oh, no,” I whispered, right before the first heave hit
me.

I turned to the side and bent over
just as the trail mix and jerky made a reappearance. “Dammit.” I
clutched my stomach and moaned. I was the worst survivor ever.
Getting sick every time I had to kill an enemy just wasn’t going to
work in this new world.

I felt a hand come to rest on my
shoulder. “You all right?” Drew asked softly.

I nodded and coughed a little, wishing
I had some water to swish the nastiness out of my mouth. “Yeah,” I
spat on the ground and then wiped my mouth with the back of my
hand. Unladylike I know, but I wasn’t known for being very ladylike
in the first place.