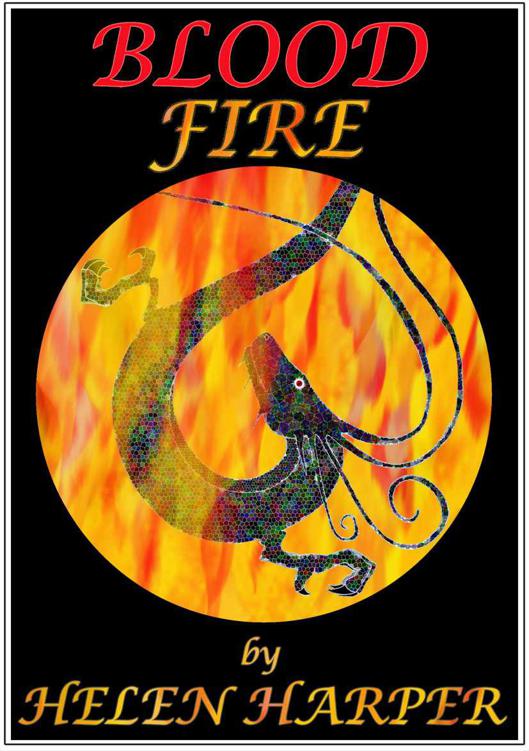 I ran steadily along the length of the
beach, just on the edge of the salt foam and odd straggle of seaweed.

A few seagulls were keening overhead and
the sky was a cloudless azure blue with the light gaze of the morning sun
scattered across the ground.

My
feet pounded into the soft sand, making light indentations that would soon be
swept away by the unstoppable force of the sea.

It was just the elements and
me
.

Feeling the
exhilaration of the moment, I sped up to a sprint until I felt as if I was
flying.

My heartbeat thudded at a
fast yet steady beat and I sucked in the salty air, filling my lungs before
exhaling loudly.

I finally slowed and answered.

I’m
going to check on the eastern perimeter.

There have been rumours circling in the village about some strange
noises.

Will you come with me?

I hesitated, considering whether to put
John off or not.

It had been quiet
lately and the few incidents we’d investigated had turned out to be nothing
more than harmless local wildlife.

I
debated internally for a short moment; I could always stay out here and finish
my run instead.

Then I gave myself
a brief rueful smile -
who
was I kidding?

I grumbled unconvincingly back at John’s
vaguely irritated nudge.

Totalitarian
dictatorship more like,
I snorted mentally back at
him.

The
alpha’s word is law.

There was more than hint of self-deprecation
apparent in his Voice before he broke off the mental link.

Thinking to myself that John was lucky
that I was always a stickler for the rules – well, some of them at least
- I moved away from the shore and headed into the forest, jogging through the trees.

I leapt over a few
moss covered
rocks and headed towards the east.

Although the keep’s grounds were
officially around just ten acres, we considered all of Cornwall our playing
ground, at least up until the border with Devon where another pack took
over.

The eastern perimeter he had
referred to wasn’t that far away, however, just the far side of Bodmin
moor.

A few years ago we’d been in
a bit of trouble around the moor because some bright spark with a digital
camera had snapped Alexander in his animal form.

He was just a kid so fortunately hadn’t
matured to full size yet – and the photo was blurry enough to cause doubt
and dissension amongst those who saw it - but the gutter press had had a field
day waving it around and extravagantly spreading tales about the ‘Beast’.

They’d had a similar problem since the
Eighties in neighbouring Exmoor.

Apparently, when the Marines were initially sent in to track it down,
the commanding officer, who was unable to ever catch what he thought was just a
dumb animal, had commented on that beast’s ‘almost human intelligence’.

Still, with Alexander, we’d been lucky
that there had been a particularly thorny problem in London at the time involving
some water-wights terrorising pleasure boats on the Thames or the Brethren, the
shapeshifters’ equivalent to the Royal Family and the government all rolled
into one, would have come storming down.

Instead they sent down some mages who waved sticks around for a few
days, warning everyone that if the very public rumours continued then Cornish
heads would roll.

Or so I
heard.

John had me hide in the
basement the entire time.

Fortunately
it didn’t last too long, however.

I
suspected that Cornwall was considered too parochial for the Brethren to bother
themselves about, even with such a shocking breach of protocol.

Although word was that when they went to
Exmoor after the first beast sightings there, they had ripped the offending
shifter apart, scattering his body parts across the whole of the United Kingdom
as a warning.

I jogged along a small brook until it
curved upstream towards the hills, then hopped over it and headed towards where
I knew John would be.

I finally
found him crouched in a clearing, not far from the edges of the moor.

“You sound like an elephant running
through those trees,” he complained.

I put my hands on my hips and raised an
eyebrow.

“Is that the thanks I’m
getting for interrupting my run to come and investigate the over-energetic
dalliances of some bunny rabbits?”

“That was one time.”

His salt and pepper beard and
bald head
, along with the laughter lines around his eyes,
hinted at the wisdom and experience contained within that smart mind of
his.

John had been alpha in Cornwall
for thirty-two years, and was universally liked and respected by the pack, but
that didn’t mean that I couldn’t still have a little fun.

“So what is it this time?

Don’t tell me, I’ve got it, a sheep has
gotten lost on the moor and
its
bleating is terrifying
the farmers.”

He held out his palm.

There was a small shiny black object
resting in the middle.

“I wish
that’s what it was,” he said grimly.

I picked it up from his hand and rolled it
through my fingers.

It was almost entirely
weightless, and very smooth.

There
was also something else.

I held it
up to my ear and heard an odd chiming sound.

John looked at me sharply.

“Sure,” I said surprised.

“Describe it to me.”

Compared to my own hearing, John could
hear a leaf drop from fifty paces away.

Only not,
it’s more continuous than that.

He pursed his lips, clearly unhappy.

They knock three times and a miner drops
dead?”

“You’ve been reading too many fairy
tales.

Wichtleins do sometimes hang
around old mines and tease the men that work there, but more often than not
they are true harbingers of evil.

I
don’t think one has been seen in the British Isles for more than a century.”

“What do you mean ‘true harbinger of
evil’?

What kind of evil?

“So not bunny
rabbits then.”

I felt a brief
shiver of heat inside me.

John held out his hand and I dropped the
stone back into his lined palm.

His brow furrowed further and he looked at
me with troubled eyes.

I had a nasty
feeling I knew what he was going to say next and felt a brief nervous tremor.

“I’ll have to file a report with the
Brethren.”

Up till now, at least for as long as I’d
been old enough to be aware of how the pack was run, any reports John had sent
to the Brethren had been
after
any
otherworldly messes had already been cleared up, and the details had been
purely informative and retrospective.

In other words requiring no further action.

This reeked of a mess that was about to
begin instead – and for me that spelled danger, especially if the
Brethren were going to gallop on down to ‘save’ us.

I eyeballed John with hopeful
skepticism.

We can deal with death and destruction
without them.”

Unfortunately his voice was flat.

Something on this kind of scale is
something they need to know about.”

“Will they come here?

Do I need to leave?”

I asked quietly, curling my nails
painfully into my palms.

He didn’t pause before answering, which I
suppose was slightly reassuring.

“I
shouldn’t think
you’ll
need to.

Even if they arrive to see our little
pack with a delegation, we can mask you well enough – of course as long
as you’re not in a position where you’d be expected to shift.

Julia’s been improving the lotion since
the Brummie
delegation were
here last autumn.

With that on even the Lord Alpha himself
won’t be able to smell a hint of your humanity.”

I felt an immense wave of relief.

As far as I was concerned, this was my
home, even if the Brethren would strongly disagree.

And probably summarily execute me for
daring to think otherwise.

Because
I was human - and humans were not permitted to even know about the Brethren or
the mere existence of shapeshifters, let alone live with them for seventeen
years.

As for the lotion, shifters have an
animalistic sense of smell.

The
first time that another pack’s members had visited us, years before when I was
just a kid, Julia had set to work creating the potion that now, on occasion, we
used to hide my all too human scent.

She’d been getting better and better at it.

Fortunately the fact that I spent all my
time with my pack meant that the worst of my so-called human stench was already
covered from just sheer transference, whilst the lotion did all the rest.

I had been meaning to ask what was in it
for years but had always then thought better of it.

John looked at me steadily.

I forced a laugh.

“I can look after myself.

More than most shifters can.”

In Cornwall we’re
generally an amiable and peaceable bunch who fight off the odd wild bunny.”

I smiled despite myself.

He continued, “Don’t dismiss what you’ve
already heard about them.

But also don’t forget
that they’re strong and unforgiving because they have to be.

Without the Brethren keeping the local
packs like us in check then there are those shifters who would,” he paused for
a heartbeat, “cause trouble.”

Actually I knew of a few who’d cause more
than trouble.

“But you’re the alpha
here.

Can’t the local alphas keep
the trouble-makers in their packs in check?”

I was aware that there was an irritating
whiny note to my voice but seemed unable to prevent it.

“A lot of my power comes from the fact
that I can draw on the Brethren when I need to.

And alphas can be trouble-makers too,”
he added with a slight smile.