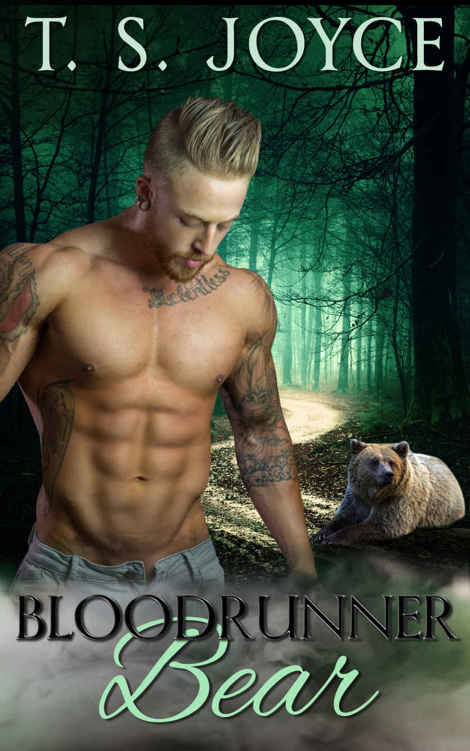 All rights are reserved. No part of this book may be used or reproduced in any manner whatsoever without written permission, except in the case of brief quotations embodied in critical articles and reviews. The unauthorized reproduction or distribution of this copyrighted work is illegal. No part of this book may be scanned, uploaded or distributed via the Internet or any other means, electronic or print, without the author’s permission.

NOTE FROM THE AUTHOR:

This book is a work of fiction. The names, characters, places, and incidents are products of the writer’s imagination or have been used fictitiously and are not to be construed as real. Any resemblance to persons, living or dead, actual events, locale or organizations is entirely coincidental. The author does not have any control over and does not assume any responsibility for third-party websites or their content.

Other Books in this Series

Other Books in this Series

Up Next in this Series

Want More of these Characters?

For More Books from this Author

“Fire department, call out!” Aaron Keller yelled as he ducked under a thick plume of smoke and frantically searched the tile floor of a large bathroom. There was still one woman unaccounted for according to the landlord, and this place was going up in flames fast.

The roar of the fire was only eclipsed by Aaron’s heavy breathing inside his mask. Flames licked at his turnout gear as he passed a coat closet that was actively burning. That could be trouble if this part of the wall collapsed when he was in the back of the small rental duplex.

“Aaron, fall back,” Chief said from the safety of the street outside.

Aaron’s partner, Mark, had been over the radio, updating the boss man on how bad it was in here and how much time they had left, because yeah, after a while firefighters got an instinct for that. They understood the behavior of fire on an intimate level. Aaron knew Chief was right, but he had one more room, and he’d be damned if a woman burned because he left too early. Not today. Losing people stuck with his inner bear. He was supposed to protect people, not let them die.

“Fire department, call out!” Aaron yelled louder as he shoved the final bedroom door open with his shoulder. The back of the room was a solid wall of yellow flames, roiling like waves up toward the ceiling, the fire searching for air, seeking oxygen. With the closed windows in here, there wasn’t much left.

There she was. A woman in a robe lay on the floor, motionless. Shit.

Mark was yelling into the radio for him to evacuate, his voice too damn loud for Aaron’s oversensitive ears. Ignoring his partner, he bolted for the woman. The ceiling was coming down, and while he had fire resistant clothing and shifter healing, if this woman was still alive, she wouldn’t survive a cave-in. Aaron skidded on his knees and threw himself on top of her.

The roar of the rafters hitting the floor around them was overwhelming, and something heavy struck him on the back. The pain was instant—too much weight, too much pressure—but Mark was right there, pulling away debris. Aaron could tell from the heat easing off his body. The instant he was able, Aaron sat back on his knees, yanking the woman with him, and then he and Mark bolted out of the blazing inferno. The ambulance was just pulling up, but the firefighters were trained paramedics, and Aaron knew what to do in the moments before the team reached them on the sidewalk out front. He set the woman down, stripped off his mask and gloves, and felt for a pulse. It was there, but faint. He put his cheek in front of her face but couldn’t feel a breath. He tilted her head back, plugged her nose, and prepared to do mouth-to-mouth resuscitation but Aric dropped down beside him, shoving him out of the way. “Back off, shithead. You’ll kill her.”

Kill her? Who had just pulled her out of the burning house? Fuckin’ vampire. Aaron hated Aric, but there wasn’t room for a brawl right here in the dark street as they lost this lady to smoke inhalation.

Aaron paced, a snarl in his throat as his instincts to protect her from Aric warred with his need to help with the hoses.

Chest heaving, he kept his eyes averted and nodded. His eyes would be bright green-gold right now, and Chief always told him and Aric to keep their “supernatural shit” to themselves. A month working for the Bryson City Fire Department, and Aaron was pretty sure Chief would never accept the bear side of him. It wasn’t like in his last firehouse in Breckenridge. There, half the crew had been bear shifters, and no one cared about him exposing his inner animal. They were accepting, but here, everything was different. He still felt off-balance.

Aric pushed the heel of his palm against her chest one last time, then stopped and set his ear over her mouth as if checking for breath. His lips moved like he was mumbling something, but Aric’s sandy brown hair had fallen in front of his face, covering his murmured words. The woman gasped for breath and coughed over and over. And though he might hate Aric for what he was, for the scars Aaron now bore on his neck, and for what his coven had tried to do to his alpha, he couldn’t deny the fact that Aric was good at raising humans from near death.

Aric slid an oxygen mask over her face, and the paramedics scattered toward a pair of coughing teens on their hands and knees in the yard of the connected house.

“Aaron!” Aric barked out, his eyes full of horror.

“My baby,” the woman choked out through the mask, her eyes vacant. “Where’s my baby?”

Fuck! Aaron pulled on his mask and sprinted for the open doorway. The fire hadn’t reached the front of the house yet. A nursery. He must’ve missed a nursery.

“Aaron, I said fall back!” Chief yelled over the radio. “Get your ass outside now! That’s an order. Fuck. Mark! Bring him back!”

Living room, kitchen, two bedrooms, two bathrooms, no nursery. The ceiling was raining burning sheetrock and embers. The smoke was too thick near the bedrooms. Maybe the baby had been sleeping in the woman’s room? Why the fuck didn’t she have the baby in her arms?

Hose water blasted through the living room window onto the flames against the back wall, and Aaron covered his mask from the spray. He had to keep a good visual, and the smoke was already making it hard. There was no crying.

Please be okay. Please be where I can reach you.

In the hallway, the rafters caved, and burning debris landed hard on his forearm, yanking him down. His arm was pinned under him, against the searing materials. So hot. Burning. Franticly, Aaron yanked his arm out from under the rubble and backed away. The way to the bedroom was blocked now.
The baby.

A rough hand grabbed his turnout gear and pulled him backward. Mark. “There’s no one left!” he yelled through the radio. “You’ll get yourself killed for nothing!”

Aaron shoved off him. “There’s a baby!”

Through his mask, Mark’s eyes were scared as he looked up at the wall of flames above them. The human had a family—a wife and two kids. He was young, three years out of Fire Academy. He was a good one. Mark wouldn’t leave without him, and now it was the baby or Mark. Aaron’s heartbeat was roaring in his ears as he tossed one last glance back to the bedroom. He could just make out the walls coming down, and he knew it was too late.

He grabbed Mark’s shoulder, and together they ran from the house. Now, he was going to have to break it to the woman that he’d failed her. He’d done this before, told families about their loved ones he hadn’t been strong enough, or fast enough, to save. This was his least favorite part of the job. She would look up at him, her eyes hollow, because deep down she would already know he hadn’t pulled off a miracle. Even though he didn’t have her baby in his arms, she would still ask him, and his answer would destroy her entire world. And he would carry that burden, along with all the others, until the day he drew his last breath.

But when he saw the woman, she was smiling and looked relieved. What the hell? Maybe she was in shock. He cast Mark a quick glance to make sure he was out safe with him. His partner was talking low to Chief. Aaron made his way through the paramedics and approached the woman slowly.

“Thank you for saving me,” she said, her voice scratchy from the smoke.

A frown of utter confusion commandeered her face. With a slight shake of her head, she whispered, “I don’t have baby.”

Horror washed over Aaron as his arm began throbbing in rhythm to his pounding pulse. He looked down at his searing arm. The fire had eaten through his jacket, and he could make out the angry red blisters of his ruined skin beneath. In a moment of clarity, the memory of Aric’s whispers while resuscitating the woman flashed through his mind. It wasn’t some incantation he’d been uttering to keep her from death, but mind-manipulation.

Aaron pulled off his mask. Fuck his gold eyes and who saw them. He blinked slowly and raised his furious gaze to Aric who was on the hose with a couple of the others from their station. Aric was watching him. A predatory smile spread across his face as his eyes turned black as coal. Fuckin’ vampire.

Rage pulsed in Aaron’s veins before he charged him. He was to Aric in a moment, pummeling him, his fist shattering against the asshole’s stony jaw, but Aaron didn’t care. “You could’ve gotten me killed!”

Stupid fucking smile on Aric’s face. “That was the point, Bloodrunner.”

“Aaron, stop it!” Chief yelled from behind.

They were trying to pull him off the vamp, but Aaron wouldn’t be moved. He was searching the ground around them for something wooden, something he could shove through Aric’s chest cavity and kill him with. This was too much, too much for his inner monster to let pass.

“What?” Aaron shook his head. That sounded like his bear. Kill her? Kill who?

“Kill the Bloodrunner Dragon so you can become alpha.”

It was Aric. Aric was manipulating his animal. Aaron slammed the King of the Asheville Coven against the concrete, and there it was, the first crack in Aric’s poker face. He winced in pain, so Aaron slammed him against the driveway over and over, a snarl in his chest. His arm hurt so fucking bad, but he would break his own bones to kill this asshole for what he’d done. For what he was suggesting.

Aaron loved Harper. She was his cousin. She was good. Maybe she was the best person he’d ever known. The best alpha. Good, good, good.

Aaron opened his mouth and roared his fury.

He would stake Aric a thousand times before he would hurt a hair on the Bloodrunner Dragon’s head.

Barking by Tom Holt
The Secret Sentry by Matthew M. Aid
A Song for Us by Teresa Mummert
Zach's Law by Kay Hooper
Dancing in the Palm of His Hand by Annamarie Beckel
Alone With You by Shannon Stacey
Into the Unknown (Werewolf Wars, #2) by Shaw, Bethany
City of Night by John Rechy
True Nature by Powell, Neely
Gone Bad by J. B. Turner