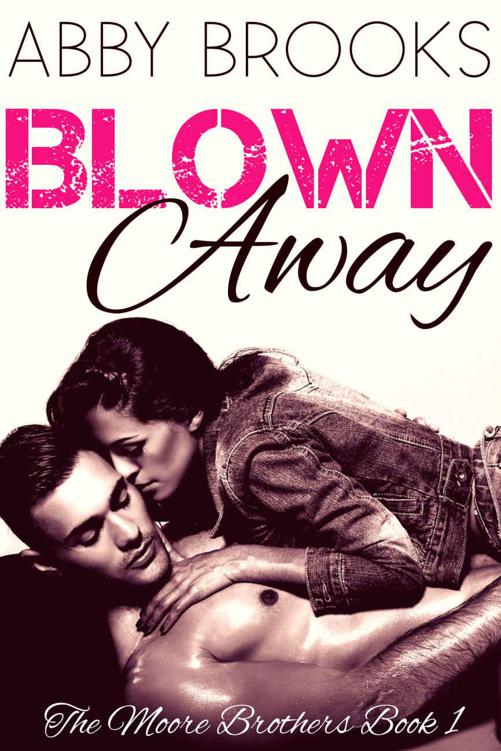 All rights reserved. This book or any portion thereof may not be reproduced in any manner whatsoever without the express written permission of the publisher except for the use of brief quotations in a book review.

And for my grandfather, who served four years on the USS Oriskany during the Korean War.

Juliet Lane had to pee. In fact, she’d had to pee for the last sixty miles or so, but each rest stop she came to seemed more remote than the last, and right now, she wasn’t in the mood for remote. She wanted bright lights and lots of people around. After surviving the last couple months, she wasn’t gonna give yet another asshole a chance to make her his victim.

“Isn’t that right, Lulu?” she asked the Yorkshire Terrier in the seat next to her, singsonging happily. “No more dominant jerks for me.” God, it felt good to say that and mean it.  Juliet had never been dependent on anyone before, let alone been in a position to be a victim. Enter Michael Phillips, CEO of Tech Lord, the newest, biggest, and best in technology today.
Cutting edge tech for those in the know!
At least according to the Tech Lord slogan.

Michael certainly said it enough, spouting it at every meeting, every press conference, even went so far as to put himself into each new commercial, leaning back in his pretentious leather chair in his office on the bajillionteenth floor of one of the tallest buildings in New York City. The commercial screamed sex and power with Michael’s gray eyes blazing into the camera. His blonde hair impeccably styled. The floor to ceiling windows behind him sparkling with the lights of the city. Panties got wet all across America every time he was on screen, no doubt about it. There’d been a time when she herself melted into a puddle of barely comprehensible woman the moment he looked at her. But that was only at first. Not so much as time went on. And now? Juliet was just glad to have hundreds of miles of highway between her and the city. Between her, Michael Phillips, and his fashionably twitchy palm.

It seemed like every woman in the world was fantasizing about having a super-hot billionaire boyfriend who knew what he wanted and took it without asking. Throw in a touch of sadism and a dash of cold and domineering and you’ve got the perfect recipe with which to ‘explore your sexuality.’ Juliet had been excited—okay, beyond excited—when Michael had slid that contract across the boardroom table for her to sign. Her heart had raced as she ticked off her list of hard and soft limits, as they discussed rules and safe words. She’d always liked her sex a little rough and here she was, presented with the chance to really let down her hair and walk on the wild side. Hand control over to someone bigger and stronger than her. Allow him to take her on some marvelous sexual journey. But, life isn't at all like the movies and BDSM isn’t the fun and games pop culture would have her believe. At least not when your partner loses control...

Juliet took a long breath and let it out, then checked her mirrors and made herself smile. Positivity was a habit and smiling was the first step. Michael Phillips had no power over her anymore. She’d taken it all back when she packed up her car and left the city. Sitting here worrying about him, going on and on about the past, that was only handing the power right back to him. She’d taken precautions; he’d never find her. Life was hers again and freedom tasted sublime. So what if she didn’t know where she was going? So what if she didn’t have much of a plan? She’d fake it til she made it. Even if that idea scared her to death.

Lulu looked at her expectantly, panting in the pool of early spring sunlight that blazed through the passenger window. The little dog probably needed a pit stop even more than Juliet did. “We’ll stop at the very next one,” Juliet promised. Lulu dropped her head to her paws and Juliet checked the rearview mirror one more time.

He’s not back there,
she chided herself.
He’s probably just now figuring out you’re gone and there’s no way he’ll know where you are. He’s rich, but he’s not Batman.

She finally found a place to stop and pulled off the highway, stretching as she straightened out of the driver’s seat. Despite the evening hour, heat radiated off her car and the pavement.  It’d been cold in the city when she’d left, but she’d gotten far enough south that she’d go so far as to call it hot. She blinked in the bright light and took a deep breath. She’d always wondered what the ocean smelled like, and now she knew. There was salt and fish and something fresh in the air. Juliet smiled, checking one more box off her mental bucket list.

Now that she was standing, she really had to pee. Like, so badly it hurt. Juliet cracked a window to keep the car cool for the dog and locked the car door before she waddle-walked as fast as she could into the restroom. Poor little Lulu was just going to have to wait her turn, and heaven help her if she peed in the car. A few minutes later, she rushed back out to the parking lot, eager for the briny coastal air to replace the strong scent of rural rest stop bathroom. Another car had pulled in while she was inside, a giant boat of a Buick, and Juliet slowed down to study the driver.

Of course it wasn’t Michael. He’d never drive a Buick. Hell, if he did find her, he’d probably land a helicopter at her feet, the wind plastering the grass to the ground, blowing the leaves on the palm trees into great churning fans, tailored suit and designer tie flapping as he walked towards her, those sexy gray eyes gleaming in anticipation of how he was going to make her scream as soon as they got behind closed doors...

Juliet shuddered.
Not another thought,
she told herself.
He doesn’t deserve one. more. thought.
She got to her car and opened the door, leaned over the driver’s seat and reached into the back for Lulu’s leash while a tiny old woman heaved the door shut on the Buick and lumbered off towards the bathrooms. As Julz dug through the few boxes she’d packed, looking for the now AWOL leash, another car pulled in beside the Buick.

This one was sleek and expensive and gleamed in the evening sun. That was a power-mobile if she’d ever seen one and she didn’t have to see the driver to know he had something to prove. Probably a class-A jerk.

Juliet rolled her eyes and pushed the rest of her small frame as far into the back seat as possible. “I’m sorry, babe,” she said as Lulu put her paws on Juliet’s back. “That silly leash is just gone.” She pushed one more time, her ass now fully in the air, and found the leash where it had fallen on the floor behind her seat. With a triumphant little “aha!, Juliet wriggled back into the front seat in time to see the old woman stumble and fall against the curb.

With a gasp, Juliet threw open the door and raced to help. Lulu bolted out of the car after her, passed her without a backwards glance, and then just kept right on running towards the line of palm trees on a hill that blocked the view of the beach.

“Lulu!” she screamed, crouching at the old woman’s side as she struggled into a sitting position. “Are you alright?” Julz tried to split her attention between the woman and her dog.

“Nothing hurt but my pride, I ‘spect.”

Juliet offered the woman a hand, watching as her little dog just got smaller and smaller, her tiny little legs eating up the ground at her feet. “Lulu!”

“Getcher dog,” said the woman with a smile. “I’m tougher’n I look.”

Eyes on Lulu—who’d now started running in circles, barking at something that caught her attention in the grass,—Julz kept a hold on the woman until she was on her feet and stable. “You sure you’re okay?” she asked.

“I’m old. I just fell in front of a stranger. I’m as okay as I’ll ever be.” The old woman smiled again and waved her away. “Now go get yer dog ‘fore she goes for a swim.” Lulu had disappeared behind the row of palm trees.

After one last look at the woman to make sure she was stable, Juliet took off, calling after Lulu. The panic she’d tried to keep at bay finally rose into her throat and tears pricked the corner of her eyes. If she lost Lulu, she might lose her mind. That little dog was one of the few things she still had from her pre-Michael Phillips life. One of the few things she’d actually let herself love and the only thing that's ever really loved her back.

And then, a man stepped out from the row of palm trees, holding a happy Lulu, who wriggled in his arms, trying to lick his face. A man in a tux, with expensive written on just about everything about him from his haircut, to his tie, to his pants, to his shoes. Juliet slowed and studied him as he walked up to her, a huge grin on his face.

Holy shit, his almost completely perfect face. This man should have a theme song playing in the background, what with the sun illuminating his dark hair and broad shoulders, the warm smile crinkling the corners of his eyes, all while he strode towards Juliet in slow motion, after having rescued her escaped dog.

“Lose something?” he asked in a rich baritone, eyes gleaming.

Close your mouth, Julz. Say something.

Mr. Handsome held Lulu out for her to take and she couldn’t help but notice his wickedly expensive watch poking out from behind a pair of French cuffs and engraved cufflinks. Everything about this man screamed high-powered and successful. Well, everything except for the fact that he was at a nearly abandoned rest stop out in the middle of Nowhere, South Carolina.