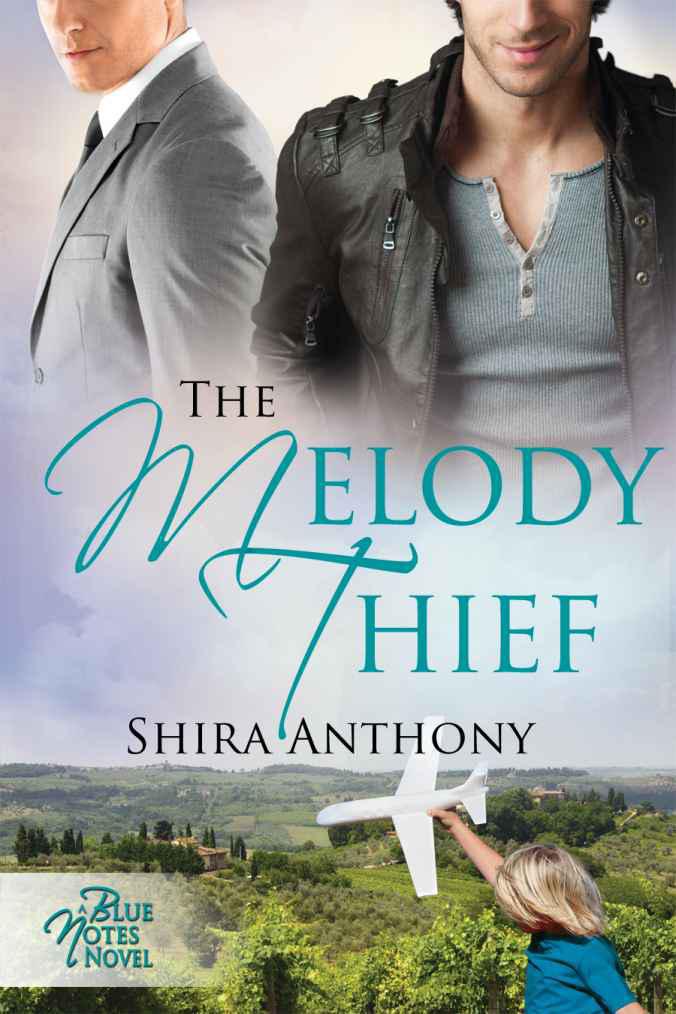 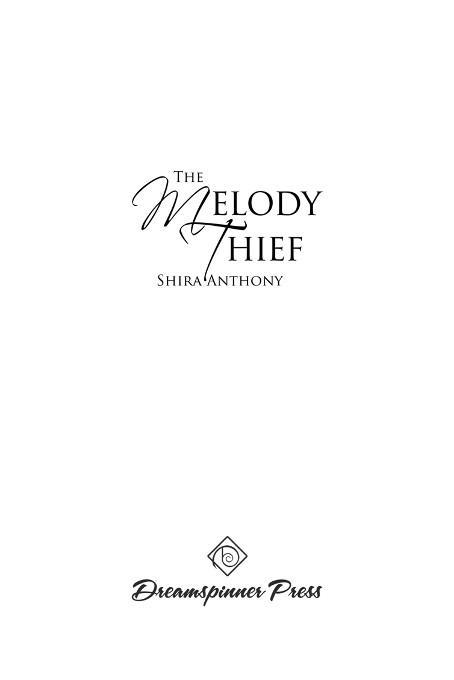 All rights reserved. No part of this book may be reproduced or transmitted in any form or by any means, electronic or mechanical, including photocopying, recording, or by any information storage and retrieval system without the written permission of the Publisher, except where permitted by law. To request permission and all other inquiries, contact Dreamspinner Press, 5032 Capital Circle SW, Ste 2, PMB# 279, Tallahassee, FL 32305-7886, USA.
http://www.dreamspinnerpress.com/

To my sister Rachel, with love.

God, grant me the serenity

To accept the things I cannot change….

H
E
SCREWED
up his face, trying to ignore the bright lights at the edge of the stage, which burned his eyes and left multicolored imprints on his retinas. Cary Redding was barely fifteen years old, but he sat straight-backed, schooling his expression to reveal only calm resolve. Unlike some of the well-known performers he had watched on video, he did not move his body in time to the music, nor did he bend and sway. The cello became a physical extension of his body, and he had no need to move anything more than his fingers on the fingerboard and his bow over the strings.

When he played, he was transported to a place where it didn’t matter that his face had begun to break out or that he seemed to grow out of his shoes every other month. When he played, he forgot his fear that he was
different
—that he was far more interested in Jerry Gabriel than in Jerry’s sister Martha. When he played, he felt the kind of warmth he had horsing around with his brother in the backyard, chasing after a football.

For the past three years, he had studied the Elgar Cello Concerto, a soulful, intensely passionate composition, and one he adored. His cello teacher had explained that it had been composed at the end of World War I, and the music reflected the composer’s grief and disillusionment. At the time, Cary hadn’t been really sure what that meant, but he felt the music deep within his soul, in a place he hid from everyone. In that music, he could express what he could not express any other way, and somehow nobody ever seemed to understand that although the music was Elgar’s, the sadness and the melancholy were his own.

At times he was terrified the audience would discover his secret: that he was unworthy of the music. But then his fingers would follow their well-worn path across the fingerboard, and his bow would move of its own accord. The music would rise and fall and engulf him entirely, and the audience would be on their feet to acknowledge the gangly, awkward teenager who had just moved them to tears.

Tonight was no exception. The Tulsa Performing Arts Center was packed with pillars of the community come to hear the young soloist the
Chicago Sun-Times
had proclaimed “one of the brightest new talents in classical music.” Cries of “bravo” punctuated the applause, and a shy little girl in a white dress with white tights and white shoes climbed the steps to the stage with her mother’s encouragement and handed him a single red rose.

He stood with his cello at his side and bowed as he had been taught not long after he learned to walk. The accompanist bowed as well, smiling at him with the same awed expression he had seen from pianists and conductors alike.

In that moment, he felt like a thief. A liar. The worst kind of cheat.

“Young man,” the woman in the red cocktail dress with the double strand of pearls said as she laid her hand on his shoulder, “you are truly a wonder. You
must
come back soon and play for us again.”

He knew how to respond; he’d been taught this, as well. “Thank you, ma’am.” His voice cracked, as it had on and off for the past six months. His face burned. He was embarrassed he could not control this as well as he could his performance.

“He’s booked through the next year,” his mother told the woman, “but if there’s an opening, we’ll be sure to let you know.” She would find an opening, no doubt, even if it meant sacrificing his one free weekend at home. His mother never passed up a chance to promote his career.

Back in the green room, his mother looked on as he wiped down the fingerboard of his instrument and gently replaced it in its fiberglass case, then carefully secured his bow in the lid. He’d barely looked at his mother since they’d left the small crowd of well-wishers who had gathered in the wings. He didn’t need to see her face to know she was displeased. He didn’t really want to know what he’d done wrong this time, so he started to hum a melody from a Mozart sonata he’d been studying. Humming helped take his mind off his guilt at letting her down again.

“You rushed through the
pizzicato
in the last movement,” she said. “We’ve been over that section so many times, Cary Taylor Redding. You let your mind wander again.”

He tried not to cringe; she only used his full name when she was
very
disappointed in him. “I’m sorry.” His voice cracked again, and he inwardly winced. He didn’t have to fight back the tears anymore. He’d stopped crying years ago.

“We’ll just have to practice it some more.”

He’d also long since stopped asking her why she always said “we” would practice something when he was the one doing the practicing. The one and only time he had pressed the issue, she had responded with a look of long-suffering patience. For days after, the guilt had pierced his gut and roiled around inside until he had apologized for several days running.

“Did Justin call?” he asked with a hopeful expression.

“Why would your brother call?”

“He said he’d let me know if his team won tonight.” He pulled on his thick winter jacket, grabbed the handle of the cello case, and dragged it across the floor on its roller-skate wheels.

“He can tell you all about it tomorrow.”

He fell asleep in the front seat of the minivan as they headed back to Missouri. He did not dream, or at least, he didn’t remember what he had dreamed about. He never did.

“O
H
FUCK, yeah!” Cary shouted in English as he pushed back against the other man’s hips. The skinny Italian kid he’d picked up grunted and thrust harder, ratcheting up the pace, so Cary gripped the toilet to keep his balance. Sweat dripped down his neck. He never enjoyed kissing. He didn’t need it. He liked it like this: rough, fast, and anonymous.

Someone in the next stall laughed, but Cary didn’t give a shit. This was how it was supposed to be in a place like this, and someone else listening in only made it so much hotter. Here, he was just another nameless fuck, and that suited him just fine.

“That’s it. Oh God, yes!” he cried as the kid nailed his gland again. He stroked himself in rhythm with the young man’s thrusts, groaning as he came with a strangled gasp into his sweaty palm. The smell of come mingled with the faint scent of urine and toilet deodorizer. Years ago, the combination made him sick. Now, the seediness of it just made it more of a turn-on.

His partner grunted as he came hard, his body shuddering and his breaths coming in stutters. A minute later, the kid pulled out. Cary saw the used condom hit the water of the commode, and heard the sounds of a zipper and the latch being released on the stall door. He had already forgotten the kid’s face. It was better this way. He didn’t want anything but sex anyhow, and he didn’t want to be forced to make small talk. In Italian, no less.

He leaned against the grimy wall and wiped himself with the cheap toilet paper, then added it to the condom in the water and flushed it down. His stomach rumbled—a few more drinks and he wouldn’t remember he was hungry. He’d reheat something when he got back, or maybe he’d just sleep it off and grab something in the morning instead. It was usually better to nurse a hangover with an empty stomach. He knew from experience.

He walked back into the bar and sat at a table in the corner, making eye contact with the bartender. A minute or two later, he nursed a scotch and soda, his fourth that night, and leaned over to the man at the next table.

The man grunted and handed him a cigarette, then lit it for Cary as they leaned toward each other to span the short gap between tables.

Cary hated cigarettes. He only smoked in bars, and only after sex. At least that was what he told himself. He preferred the unfiltered variety—it gave him a more immediate buzz. They were easier to find here than in the States.

His hand shook slightly as he brought the cigarette to his lips and inhaled the acrid smoke. It was better than the drugs, right? He’d tried those too, but he’d given them up because they interfered with his playing. He could always sleep off the booze and the nicotine.