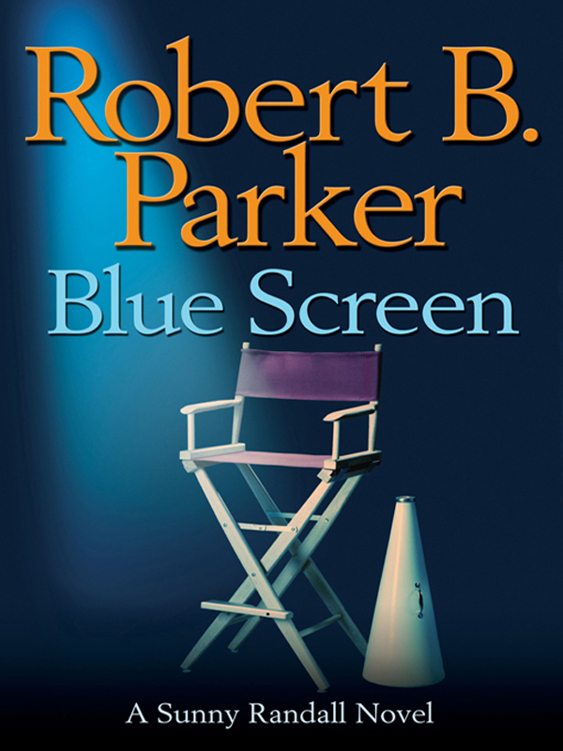 God Save the Child

ALSO BY ROBERT B. PARKER

A Year at the Races
(with Joan Parker)

Copyright © 2006 by Robert B. Parker
All rights reserved. No part of this book may be reproduced, scanned, or distributed in any printed or electronic form without permission. Please do not participate in or encourage piracy of copyrighted materials in violation of the author’s rights. Purchase only authorized editions.
Published simultaneously in Canada

Joan:
resembling or suggesting a fable;
of an incredible, astonishing nature.

M
ANY PEOPLE
in Massachusetts thought Paradise was the best town in the state to own property in. Many people in Paradise felt that Stiles Island, off the tip of Paradise Neck, was the best place in town to own property. And most people on Stiles Island thought that an estate called SeaChase was the ugliest piece of property in the country. A few years back, a bunch of gunmen had blown up the causeway that connected Stiles Island to Paradise Neck, and pillaged the island. Only one of the gunmen got away, but he took most of the cash with him. Some people died, and the whole thing caused a selling panic, which a young man named Buddy Bollen was pleased to exploit. He had a ton of cash from some obscure dot-com deal, which he had escaped with when the dot-coms went belly-up. He bought half a dozen of the island’s biggest estates, demolished them, and built a single estate said to be bigger than Luxembourg.

A security guard in a blue blazer stopped me at the gate to SeaChase.

He checked his clipboard and nodded.

I gave him my driver’s license, and my detective’s license. He studied them.

“It says Sonya Randall on here,” he said.

He looked at me and at my license pictures.

“Well, you’re better-looking than your pictures,” he said.

He looked in at the floor in front of the passenger seat where Rosie was lying on her back with her feet sticking up and her head resting on the transmission hump.

I was offended, but I was calling on twenty trillion dollars and I tried not to show it.

“I thought they were bigger than that,” he said.

“Standards are,” I said.

I could hear the haughtiness in my voice and tried to sweeten it.

“Rosie is a miniature bull terrier.”

He nodded as if that explained everything.

“Sit tight,” he said. “I’ll call ahead. Check on the name confusion.”

I waited. From the front gate I couldn’t even see the house. On the other side of the gate was a white drive that looked to be made of crushed seashells that wound out of sight behind a big rock outcropping. With the car window down, I could hear the surf somewhere and smell the sea. After a time the security guard came back to the car.

“Okay,” he said. “Follow the driveway up. Somebody’ll meet you at the house.”

“She has no interest in going into the house,” I said.

He nodded again and looked down at Rosie through the window.

Rosie was thinking deeply about other things and paid no attention to him. The guard stepped back to the guard shack, and in a moment the big gates swung open and the guard waved me through. The driveway went up and around a curve and up and around a reverse curve and up and, there, facing a big circular drive, was SeaChase. It looked like pictures I’d seen of Mont-Saint-Michel.

Rosie opened her beady black eyes for a moment and looked at me and closed them again and returned to the long thoughts she surely was thinking. So much for Mont-Saint-Michel.

Another blue blazer was waiting for me under a portcullis. I opened my window.

I gave him the ID. He studied it and my face. He seemed willing to let the Sonya question slide.

“The dog will have to wait in the car,” he said.

“Right here is fine,” the blazer said. “And leave the keys if you would.”

He thought about that.

I did, and cracked the windows.

Rosie seemed okay with that. I got out and locked the doors.

“Are you carrying a gun?” the blazer said.

I opened my purse and showed him the short .38.

“Great conversation piece,” I said. “Excellent for picking up guys.”

He smiled politely. “I’m sure you have no trouble,” he said and took me to the front entrance.

It was a double door, probably ten feet high and ten wide, oak and wrought iron. The blazer rang the bell and one side of the door opened. There was a black man in a blazer.

“Buddy is in the theater,” he said.

I followed him into a two-story entry hall with a stone floor and oak-paneled walls. There were swords and shields and pieces of armor hung decoratively on the walls. A huge staircase wound up to the floors above. At the first-floor landing was a bigger-than-life-sized painting of somebody in a maroon velvet smoking jacket. His tie was untied, and the collar of his shirt was unbuttoned, with the points draped over the lapels. He held an enormous cigar and looked magisterial, except that his face was that of a fleshy boy. His unformed boyishness was apparently so insistent that even the subsidized art couldn’t conceal it.

The black blazer made no comment. He led me around a corner and through some French doors and into a small lobby. There was a popcorn stand and a Coke machine and a counter where you could get Jujubes or Sky Bars. Beyond the lobby was a movie theater with six rows of red leather seats and a full-size screen. In the middle of the second row, not wearing his smoking jacket, eating some popcorn and drinking from a huge paper cup, was Buddy Bollen.

I thought I’d start with demure.

“Buddy,” he said. “Everybody calls me Buddy. Even the fucking centurions call me Buddy. Right, Randy?”

“Sit down, Sunny. Randy, get her some popcorn, a Coke, whatever she wants.”

I went down the aisle and sat beside Buddy. His portrait had clearly idealized him. He was short and pudgy, and smoking a big cigar, which looked silly in his soft, adolescent face.

“Hey, Sunny. All business. Cuter than a ladybug’s ass, and all business.”

Demure was getting harder, but I held to it.

“Ready to watch a movie with me?”

He drank from his paper cup.

He grinned and drank some more, looking at me over the rim of the paper cup like a gleeful ninth-grader. The lights in the theater went down. I hadn’t seen Buddy do anything. A long, silent shot of grassland came up on the screen. The wind ruffled the grass gently. We could hear it. No other sound. A small figure appeared in the distance, running toward us through the grass. As the figure came closer we could see that it was a woman. Closer still and we could see that she was amazing-looking. She was very tall and muscular, with perfect features and wonderful thick hair, and an easy, smooth stride as if she could run forever. She wore a leopard-skin bikini and high-laced moccasins, and carried a short stabbing spear like the Zulus used. On she came. We could hear her footfalls now, and the rustle of the tall grass as she ran through it, and the sound of her breathing, easy and deep as she came straight into the camera until she seemed to run into the lens, the tiny muscles moving under her smooth skin, and then she was too close and the image blurred and over the blur came the name
ERIN FLINT
, and it held as we listened to the sound of her breathing, and faded and the title came up:
WOMAN WARRIOR
. And that held and then the screen faded to black and all we heard was her heavy breathing and then the movie itself came up with the front credits running over the opening scene. The producer was Buddyboll Entertainment.

It was awful. Something about a female superhero in an unspecified outdoor setting, during an unspecified time past. Erin Flint said her lines as if they were transliterated from a language she did not speak. There was some sort of storyline about Erin rescuing the man of her dreams from a series of evildoers, all of whom appeared to be bare-chested weight lifters. Five minutes into the movie, I was identifying with the evildoers. By the end of it I was nearly suicidal. Buddy watched the movie as if it were
Hamlet.
Leaning slightly forward, breathing through his mouth, grunting and nodding at some of the screen moments, he was like someone rooting for the home team.

When it ended the lights came up as silent and unbidden as they had gone down at the start. Buddy ate some popcorn, still staring in a kind of selfless reverence at the blank screen. Then he turned to me.

“The opening sequence was breathtaking,” I said.

“Is she something, or what?”

Buddy tipped some ice from his big drink cup into his mouth and chewed on it. When he was through, he smiled at me.

“Would that be in the contractual sense or the, ah, main squeeze sense?”

He laughed a kind of
hee-hee
laugh and rubbed his hands together.

“Delicate,” he said. “You are fucking delicate, Sunny.”

I smiled modestly. He nodded, rocking slightly in his chair.

“We are, you might say”—he winked at me—“if you was delicate, that we are an item.”

“Congratulations,” I said. “To both of you.”

I nodded. I felt envious of Rosie sleeping happily on the floor of my car. Buddy looked at his watch.