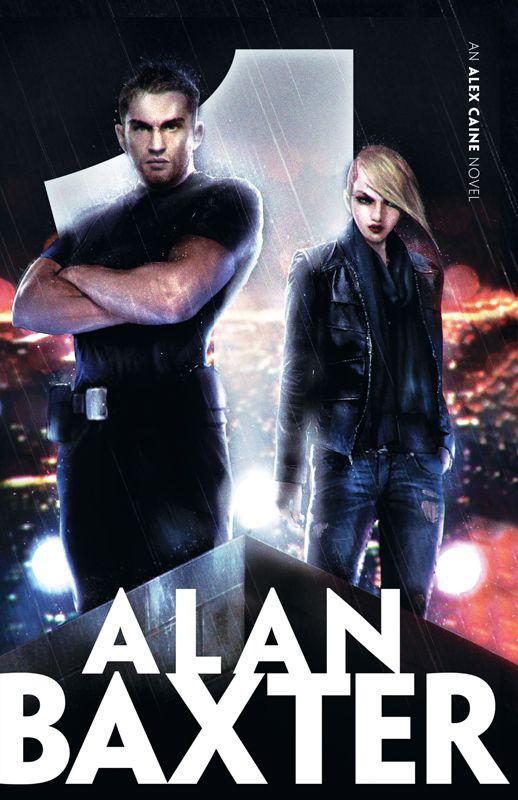 For Halinka and Arlo

A distant roar rose and fell, rose again. Dark grey concrete underfoot, bloodstained, hard. Alex circled to the left. He peripherally registered each panel of chain-link, each steel upright, never taking his eyes from the figure in front of him. The man known as Bull Finley.

Below a heavy brow Bull stared back, cautious. But not scared. He exuded feral, predatory strength, a calm resolve. His hands, raised before his face, were calloused and rough, like Alex’s. Bull’s energy pulsed. Alex watched the man’s
shades
, the aura of his intentions, shifting around him, saw purpose swell, muscles bunch. One of Bull’s meaty hands swept within an inch of Alex’s nose, breath grunting out between clenched teeth, forward momentum carrying him through. Alex let him go by, twisted, gathered and whipped out a leg in a turning kick to the ribs.

Bull’s exhalation finished its escape in a rush, his face registering shock more than pain. Alex pressed the advantage, following in, hands a blur of strikes and counterstrikes. Bull blocked well, but not well enough, his upper lip and nose flowered scarlet.

His intent changed, a slight desperation entering his mind. Alex saw the shades move, felt the man’s desire to grapple, take the fight down to the hard stone floor. He disengaged, slipped out of reach even as his opponent made the conscious decision to grab. That surprised expression again. Confidence to surprise, surprise to concern, concern to fear, fear to defeat. A journey Alex had seen play out time and again. His opponent’s eyes widened slightly, the corners of his mouth twitching downwards. Surprise to concern. Alex smiled inside.
So it begins.

For several seconds they circled, the roar rising, falling, rising, falling. Bull’s bulky frame heaved with his breath. Alex, leaner, more athletic, waited. He was calm. Bull looked for an opening, a gap that wasn’t there. Alex feinted in and out, his opponent flinching, lips tight. Concern to fear.

The tension grew. Alex drew his breath in deep, sank his energy low, gathered himself. A deliberate drawing away, taunting his opponent to follow him in, to attack. Fear brought with it a lack of focus, lack of patience, a desperate desire to take back control. That desire pulsed off Bull like a wave. Alex moved in and to one side exactly as Bull made his assault. A clumsy move, all physical strength, no breath, no finesse. The man closed the gap to where Alex had been, launching fast punches. Alex exhaled, struck back across Bull’s arms, drove a knee up hard and sharp. The big man’s nose and ribs cracked almost simultaneously, pain escaping in red and black waves. As his opponent stumbled, Alex whipped in one last punch and a kick to finish him. Broken and unconscious, Bull collapsed against the chain-link fencing as though his skeleton had been removed.

Alex turned away as the dull roar boomed into his ears. He honoured his opponent by not relishing the defeat as he let the rest of the world back in. The stench of steel and concrete, blood, sweat and popcorn. The glare of overhead halogens, the stamping of hundreds of feet on wooden stands, hundreds of throats screaming approval, baying for blood. A loud, brash voice burst over loudspeakers and Alex walked past the man with the microphone, as he always did. A gate swung open and he let the darkness of the tunnel to the dressing rooms swallow him away from the spectacle.

Alex pulled a T-shirt over his sweat-slick chest, ran a hand over his close-cropped dark hair. He stretched as event officials jostled around him in the tiny room. A clipboard was thrust under his nose, accompanied by a chewed biro. He signed without reading, knowing the agreement by heart.

‘Way to go, Alex. Man, how are you so fast?’ He ignored the question, kept his head down, resumed his stretching. ‘Ha! You’re a legend, man, a fucking legend!’

The man with the clipboard scurried away. A doctor tipped Alex’s head back, shone a tiny light in each eye. ‘Anything?’ Alex shook his head. The doctor nodded once and left, scribbling on a clipboard of his own.

Alex rubbed his face and hair with a towel and concentrated on his breathing and stretching as the activity around him faded. He heard movement in the hallway, a voice raised in concern. Another voice, angry, and a man walked into the dressing room. The man was big and ugly, a product of mean streets and bad attitudes. An obsequious little rat scurried in behind. Alex sighed. ‘Go away, Eugene,’ he said. ‘You too, Karl.’

Eugene sneered. ‘You gotta fight for us, Alex Caine. The boss won’t have it any other way.’

‘
Your
boss can kiss my arse.’

‘You can’t talk like that about King Scarlet,’ Karl said, his voice piping.

Alex laughed. ‘Really? Still calling himself King Scarlet? It’s like a bad Saturday morning cartoon. Fuck off, the pair of you.’

Eugene took a step forward, meant to be threatening. Alex watched his shades, saw the nerves and concern drifting off him like a bad smell. He stood quickly, took one fast step forward. Eugene staggered back, sudden concern clear on his face. He bumped into his insubstantial friend, sent Karl bouncing off the doorframe.

Eugene waved one finger. ‘You do what King Scarlet wants, Caine. Or else.’

Alex raised his chin. ‘You threatening me, Eugene?’ He made the man’s name sound like a disease.

Eugene shoved Karl ahead of him out the door. ‘This isn’t over.’

Alex ignored them, let them leave. Finally everything was silent and still.

A moment later, a quiet presence moved just outside the door. Alex sighed.
No peace at all tonight.
‘Can I help you?’ he asked, not looking up.

‘I know your secret.’ The voice was soft and friendly, with an upper-class English accent.

The man in the doorway was elderly, though vibrant looking, well dressed in an old-fashioned suit and waistcoat, impeccably polished shoes. ‘My secret?’ Alex asked.

The old man gestured back over one shoulder. ‘Problems?’

‘Nothing I can’t handle.’

‘You know, you really are very good.’

The man considered Alex for several seconds. Alex let him, wondering what this man could want. People always wanted something. He read the man’s shades and saw nothing but calm curiosity.

‘You’ve just listed all the reasons I’m not interested.’

The old man’s eyebrows raised. ‘Even the money?’

There was a cough and movement in the corridor. ‘’Scuse me.’ A small, gruff-looking man with a shiny bald head pushed into the room. ‘Shit, Alex, one of these days you’re gonna at least get hit, aren’t ya?’

Gary let out a strangely high laugh. ‘Thanks for stepping in at such short notice.’

‘No problem. Your other fighter going to be okay?’

‘Glad I could help. Thanks for the chance.’

‘Any time. Dunno what I’d do without ya.’ He handed over an envelope and slapped Alex heavily on the shoulder.

‘You still want me in next week?’ Alex asked.

‘Sure. But I’m going to fight in London next month. Might stop in LA on the way back.’

‘Don’t be out of Sydney too long.’ Gary turned, nodded at the old man before slipping back out the door, yelling to someone down the hallway. Alex held up the envelope with a half-smile.

‘Is it as good as the mainstream prizes?’ the old man asked.

‘Which brings us back to my original point.’

Alex leaned back against the wall, annoyed. ‘Which is?’

‘I know your secret.’

‘Right. So what secret is that?’

‘Patrick Welby, by the way.’ The Englishman extended a hand.

‘Alex Caine.’ He shook the man’s hand, noticed manicured nails and very soft skin. He did his best to be polite, but wondered why he was bothering.

‘I know. It took me a while to find you. These dos are a bit hard to track down.’

Alex ran out of patience. ‘That’s kinda the idea. Listen, I don’t have time for chitchat.’ He gestured at the door.

Welby’s shades became urgent. ‘You fight for money, away from the limelight, you live quietly in the country and have very little interaction with anyone.’

‘So?’ Alex said, hiding his concern at the extent of the stranger’s knowledge.

‘I trained to fight and never really had much interest in anything else. I don’t play well with others.’ He gestured at the door again. ‘Now, out.’

The old man held up both hands. ‘Please. I’ve been seeking someone like you for a long time.’

Alex pushed down his anger, but let it burn gently below the surface. This old man bothered him. ‘Someone like me?’

Welby took a long breath. ‘I know that when you fight you see what people intend to do before they do it.’

Alex raised one eyebrow, spooked. ‘Is that right?’

He had never really been able to explain his abilities, even to himself. He sensed a change in the shade of the air around a person, a sensation most similar to vision, but not something he actually saw. Sometimes that sense would blossom into waves of colour at powerful moments. He could read it and know what people intended to do. In the scenario of a fight it became particularly clear, less so in other aspects of life. ‘I’ve been told I was born for fighting,’ Alex said. The old pang of grief cut through as he remembered his Sifu’s words.

Welby’s face was sympathetic. ‘Is that why you don’t play well with others?’

Alex shrugged. ‘The more you get to know someone the easier they are to read. Sometimes it’s better not to know.’ He cleared his throat. ‘You need to leave, now. I’ve got nothing for you.’

Welby’s shades became agitated again. ‘You can’t go on making a living like this forever.’

Alex moved to the door. ‘My house is paid for and I don’t get hit often. You have no idea what I can or can’t do.’

‘But I can show you so much more, help you understand yourself.’

Welby smiled broadly. ‘Good lad! Always the most important question. Well, I think that you’ll be able to read a book that I can’t, and I really want to know what this book says.’

‘This particular book requires something special. I can pay you with knowledge you wouldn’t find anywhere else, or money if you’d prefer. Or both.’

Alex stared long and hard at Patrick Welby. Something was certainly being held back, but it was unclear. ‘No, man, sorry.’

Welby frowned. ‘I can show you wonders. There are things you should know.’

‘I don’t need any complications.’ He held the door open.

The old man reluctantly stepped out. ‘You like to stay in control, don’t you?’

Alex hardened his expression. ‘That a threat?’

‘No. Just knowledge.’ Welby’s shades fluctuated between defeat and hope. And something else fluttered like a dark moth, unreadable. ‘If you change your mind …’

‘I won’t.’ Alex closed the door, alone at last.