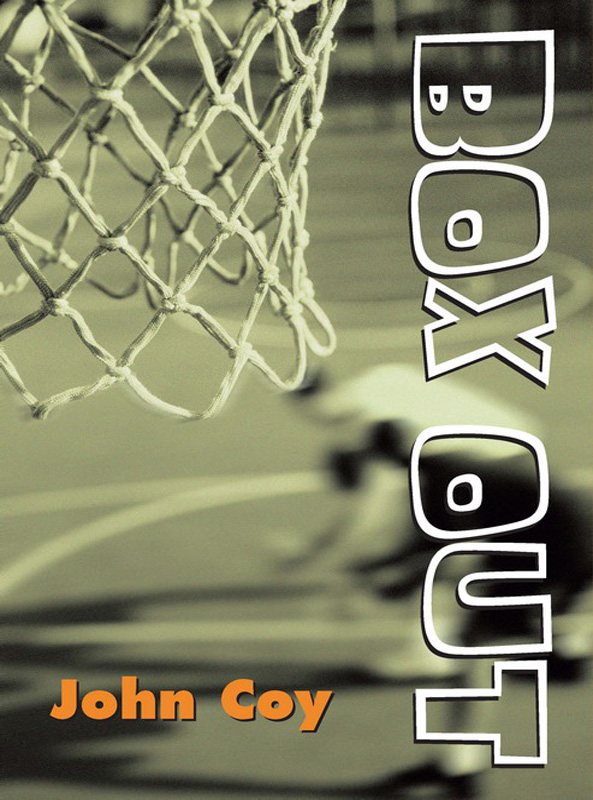 FOR MARY, WHO'S GOT GAME

“Have a seat, Bergie.” Coach Kloss points to the metal folding chair in his cramped office. He's a short, solid guy who looks more like a wrestler than a basketball coach.

Liam Bergstrom folds his thin, six-foot-four-inch frame and sits on the edge of the chair. What did he do now?

“Relax,” Coach says. “You look like you're expecting to get cut.”

Liam exhales a deep breath and his shoulders fall.

“As you've probably heard, Tyler Jensrud broke his leg in two places yesterday. I talked with Coach Grokowsky about who's been playing well on JV. He recommended you and Seth Crowley. You're three inches taller than Seth and I like your upside.” He holds one hand higher than the other and gradually raises it above his head. “I'm calling you up, Bergie. You're now on the Horizon High School varsity.”

Liam's eyes widen. Varsityâthe magic word that's floated in the future. All the running, weights, and practice chasing that goal. Varsity. Did he hear right?

“We're not bringing you up to sit on the bench and look pretty. You're not that pretty.” Coach grins and his teeth shine. “Without Jens, we're small up front. We need you to come off the bench and rebound.”

“Yes, Coach.” Liam's ready to jump out of the chair.

“On varsity, we're family,” Coach says. “We're a tight team. If you ever have anything you need to talk about, come on down. My door is open.”

“Be in the locker room by six. We'll have your new uniform ready.”

“Thank you, Coach Kloss.” Liam reaches his hand out.

“Welcome to varsity, Bergie.” Coach shakes it. “We're counting on you.”

Liam runs down the hall toward his locker in the old part of the school. He ducks into a classroom to check the time and adds seven hours for France. It's late, but his girlfriend, Mackenzie, should still be up. He spins the combination so fast, he goes past the first number. He tries again, pulls open the locker, and grabs his phone.

“Kenz, Kenz, are you sleeping?”

“I made varsity! Coach just told me! I beat out Seth for the spot!”

“I was shooting for next year.” Liam paces in front of his locker. “But it's now. For tonight's game.”

“I'm going out with a varsity basketball player. Way cool,” Mackenzie says. “I wish I could be there.”

“I do, too.” She's only been gone two weeks. Sixteen more to go.

“Bow your heads.” Coach Kloss kneels on the smooth bench of the boys' locker room.

Liam lowers his head and admires the red number forty-three and the small
H
in a shield above it on his new uniform. This is the first time this jersey has ever been worn. His Nikes tap the double-time beat of pre-game nerves.

Coach closes his eyes. “Lord, help us to play strong. Help
us to do Your work as we take the floor with strong hearts, strong bodies, and strong minds.”

Liam folds his hands. Coach G doesn't pray like this on JV. He glances up. Darius Buckner, the sophomore shooting guard who transferred this year from Chicago, stares back at him.

“Let us all join in the prayer You taught us,” Coach continues.

“Our Father, who art in heaven, hallowed be Thy name.” Liam's voice blends with the others, but Darius is silent. He holds his hands behind his back and looks straight ahead. “And lead us not into temptation, but deliver us from evil.” Liam's set to add “amen,” but the prayer continues.

“For Thine is the kingdom, and the power, and the glory, for ever and ever. Amen.” It's the Protestant version with the extra words that he's not used to.

Liam jogs out of the locker room behind Darius, who has the easy, fluid motion of a basketball star. This is it.
Showtime. Liam stretches to slap the Blazer sign like Darius does as the team runs into the gym.

The pep band blares the school song, and everybody stands and sings. “Go Horizon. Go Horizon. Fight on for our fame. Fight, Blazers, fight, fight, fight. We'll win this game.”

Liam's stomach jumps as the sound wraps around the gym. The bleachers are three-quarters full and his mom and dad stand in the parents' section. Mom waves and nudges Dad, who's talking with the friends he plays basketball with.

“We want Liam,” Seth shouts. He sits behind the bench with other guys from JV.

Tenths of seconds fly off the clock as Liam wipes his sweaty palms on his warm-up jersey.

“Remember your assignments.” Coach squats in front of the starters. “Run the offense, take care of the ball.” He looks at Darius, who's adjusting his wristband. “Nothing fancy. On defense, move your feet, deny the passing lanes, and make sure to box out.”

The starters stand and everybody presses around Coach as he holds out his open palm. Guys stretch to put their hands on top.

Liam goes to sit at the end of the bench as the starters walk to the center circle. Everything feels more intense on varsity: Coach's instructions, the crowd's excitement, the senior cheerleaders who swish their tiny skirts in front of the student section across the court. “Hey, hey, it's time to fight! Everybody yell, red and white! Hey, hey, do it again! Everybody yell, go, fight, win!”

Banners line the walls behind the baskets. The girls' basketball team has three state titles and one runner-up. They've won conference six years in a row. Liam does the math. The boys haven't won it in nine years.

Jared Drake, the tallest guy on the team, wins the tip, and Darius jets down the floor. He hesitates at the three-point arc, bounces the ball between his legs, then blows by his defender.
An arm hammers his shoulder, but he hangs in the air and makes an acrobatic shot. The Horizon crowd makes a whooshing sound to celebrate the first basket, and kids stomp their feet on the bleachers. Liam stands with his teammates and claps. That was an unbelievable shot. But then that's Darius.

Darius hits the free throw and glides back on defense. He seems so calm, so confident, like he knows what's going to happen on the court before it does. He picks off a pass and flies in for a dunk. Liam jumps up to cheer with everybody else. Darius five, Crosston zero.

With four minutes left in the half, Hunter Nielsen, the bulky center, is a step slow on defense and picks up his second foul. Coach waves for Liam, who rips off his warm-ups. “We're getting killed on the boards, Bergie.” Coach puts his hand on Liam's shoulder. “This is why we brought you up. Get out there and grab some rebounds.”

Liam wipes his hands on the bottoms of his shoes for a better grip. The horn blares and his heart pounds.

“You got forty-two.” Nielsen wipes his cheek. He's got a two-inch scar that runs from his ear to his chin. “Go get 'em.”

Liam sizes up his opponent: tall but skinny.

“Who's got shooter?” Drake asks.

“I do.” Corey Gund, the point guard, taps his chest. He's short and tough and puckers his lips in a fish face when he's concentrating.

Number thirteen pauses on his release and shoots. Liam pushes back against forty-two to seal him off and grabs the rebound.

Gund darts back for the ball and Liam sprints downcourt. He steps out and stands still to set a screen on thirteen to free Gund. Thirteen barges past. These guys are stronger and faster than JV players. Gund shoots a jumper with his lips puckered and Liam rushes to the hoop. He leaps for the rebound but can only get a hand on it, so he taps it to Darius in the corner, who drains a three.

At the other end, Liam chases his man and keeps an eye
out for what's coming. “Left,” he hollers to warn Josh Pelke of a screen. Liam pops out to slow the dribbler, then drops back to cover his guy. He stretches out his long arm and picks off a pass.

“Good steal.” Gund comes back for the ball and dribbles upcourt. He passes to Darius, who dribbles to the top of the key. Liam steps out to set a screen, but Darius waves him away. He crosses over and rips past his man. Two defenders cut him off, so he bounce-passes to Liam. The ball hits Liam's hands and skips out of bounds.

Liam rubs his palms on his shorts. That was a bullet.

“Run the offense, Buckner.” Coach taps his finger to his forehead. “Think out there.”

Liam hurries back on defense. Why isn't Coach yelling at him? The pass was right there. He's the one who dropped it.

With twenty seconds left in the half, Horizon is down by nine. Liam cuts to the hoop and is open. Darius zips a pass. Liam glances at his defender, and the ball bounces off his fingers and whaps the Blazer Country mat behind the basket.

Catch the ball.
That's the second pass in a row he's missed. “My bad.” Liam taps his chest to indicate his fault, but Darius is already running back on defense.

Crosston runs the clock down for the last shot. Forty-two steps out on a screen, and Liam slaps at the ball. It pops free and Darius grabs it and rushes downcourt. Liam chases after as Darius drives in and forces an off-balance shot against two defenders. The ball rolls off the rim as the buzzer sounds.

Terrible. Liam wipes a towel across his face as he sits on the bench in front of his locker. Two turnovers. He's not hanging on to anything. Terrible. What's the matter with his hands? He stares at them as if they'll answer.

Coach walks into the room and looks around. “Down by nine to Crosston. You're playing like individuals, not as a team.” He slams a locker. “Bergie, what's the matter with you? Do you have rock hands? Catch the ball.”

Liam bites the inside of his cheek. He's got to play better if he wants to stay on varsity.

Darius looks straight ahead, as if he's in a trance.

“You need to use your head out there.” Coach raises his voice. “Basketball requires thinking, not just instinct.” He taps his finger to his temple. “Run the offense the way you're supposed to, not one against the world. This is Horizon, not Chicago. We play team basketball here, not street ball.”

Darius rises and walks to his locker at the end of the room.

“Come back here.” Coach points to the bench.

Darius spins the combination and opens the lock.

Darius pulls the white jersey off his black body and hangs it in his locker. He takes a green, striped shirt off a hanger and puts it on.

“What are you doing?” Coach shouts.

“Quitting,” Darius says clearly as he buttons his shirt.

Liam's mouth drops open. He can't do that. He can't walk out in the middle of a game.

“You can't quit on us.” Coach shakes his head.

Darius looks calm, as if he knows something that nobody else does. He finishes dressing, puts in his earring, and walks past Coach as if he doesn't exist.

The door clicks and Darius's footsteps echo down the hall. Guys look at one another, but no one says anything. Everybody turns to Coach.

“Bow your heads.” His eyes dart around the room. “Let's pray.”

The Night Sister by Jennifer McMahon
Demise of the Living by Iain McKinnon
Top Me Maybe? by Jay Northcote
Embrace You: Book (Loneliness) by Cole, Alison
Above Rubies by Mary Cummins
Promise You Won't Tell? by John Locke
The Fenris Device by Brian Stableford
Three Wishes: Cairo by Klinedinst, Jeff
Death is Forever by Elizabeth Lowell
Beer Money (A Burr Ashland Mystery) by Amore, Dani