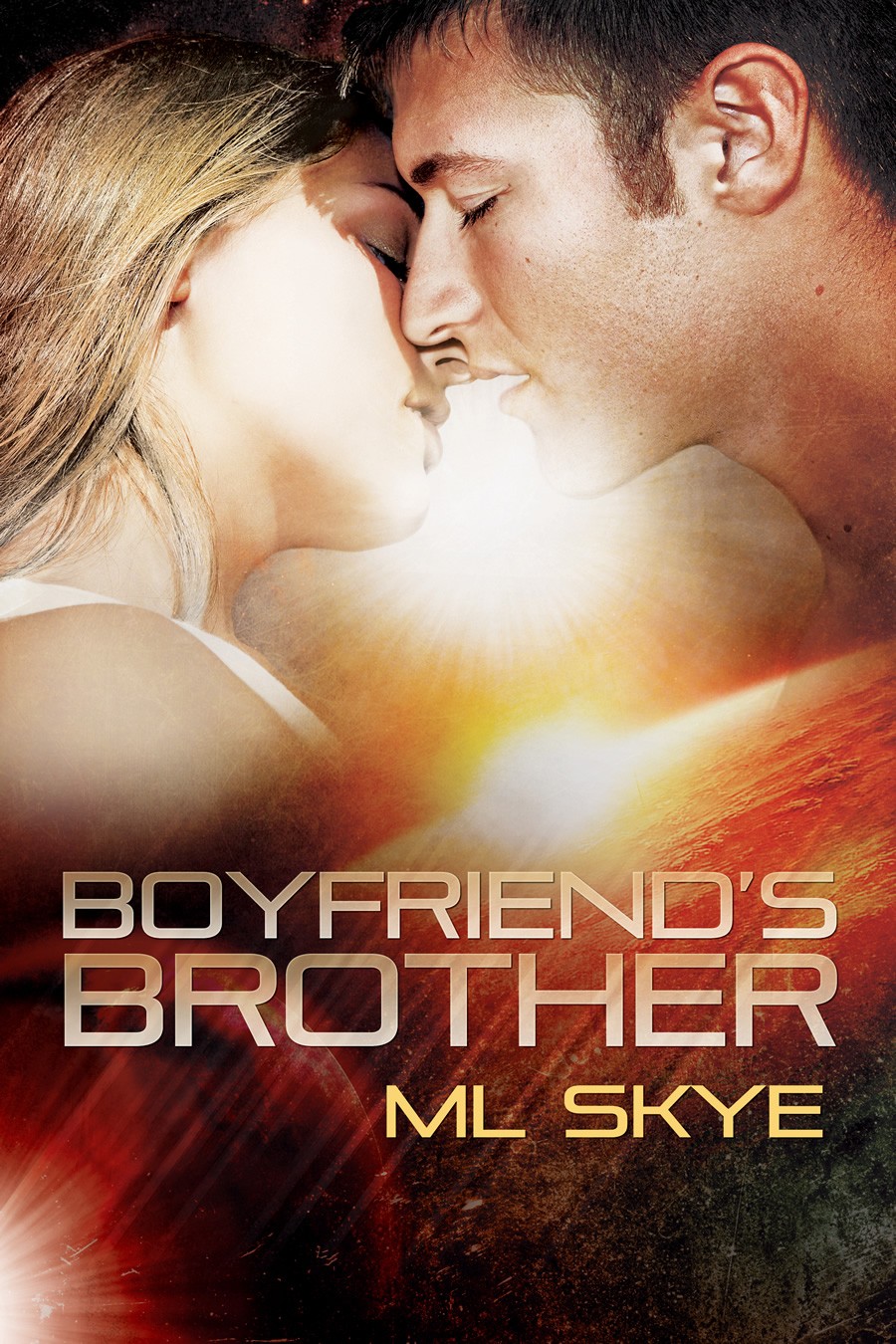 ALL RIGHTS RESERVED:
No part of this book may be reproduced or transmitted in any form or by any means, electronic or mechanical, including photocopying or by way of any information storage and retrieval system, without permission in writing from the publisher. Payment for this title grants the purchaser the right to download and read this file on any/all personal electronic devices and to maintain backup copies of the file for the purchaser's personal use. The unauthorized reproduction or distribution of this work is illegal. File sharing, with or without payment, is an international crime, prosecuted by the United States government, in partnership with Interpol. Criminal copyright infringement, including infringement without monetary gain, is punishable by seizure of computers, up to five years in federal prison, and a fine of $250,000 per offense.

Chloe Timmons stretched, then snuggled back down under the covers. She had one whole week of freedom during the semester break and didn't have to get up at half past ugly o'clock.

One of seven flight instructors who taught wet behind the ears cadets the ins and outs of flying—basic aeronautics, combat maneuvers, advanced weaponry assaults—she'd just finished putting twenty-five newbs through the wringer.

And most of them had passed muster.

She smiled when her boyfriend, Marcus McIvey, spooned up behind her. A marine first sergeant, he usually took leave when she had downtime, and they went off somewhere that had sand, sun, and cool, frothy drinks. At least, they had over the last two years.

Marc brushed his lips over her shoulder. "Morning, Chlo. Gonna sleep in today?"

She made a noncommittal sound, not quite ready to have coherent conversation yet.

Marc dropped a kiss on her temple, then eased out of bed. "Go ahead if you want, but I need to get up."

Chloe blinked and yawned. She flopped over on her back and observed Marc pulling open drawers and throwing clothes in his rucksack.

Fully awake, she propped up on her elbows. "Are we going somewhere?" They hadn't made plans yet, but it would be just like Marc to drop and go spur of the moment on some excursion. "Did you sign us up for some kind of adventure? And forget to tell me?"

He glanced over his shoulder. "What? Um, no." He strode to the bathroom and grabbed his shower kit. "I gotta head home."

Chloe sat up straight. "Home? Did something happen?" Marc almost never visited the place he grew up, unless…"Is Jace there?" A family reunion would definitely draw Marc home.

With three men in the military, the McIveys didn't have a chance to be in the same place at the same time very often.

Marc's head swiveled around. "What? No, I don't think so. Last time I talked to my brother, he was still on board the
Nimichellen
." He chuckled. "But you know that, Chlo. You answered the phone."

She remembered. She ended up talking to Jace longer than Marc had. Jace's squadron got tagged to roll out the new fighters, and he filled Chloe in on some of the big changes.

She threw the covers off and scooted to the edge of the bed. "So what's up then?" She bit back a yawn. "And when do I need to be ready?" From the looks of it, Marc planned to leave right away.

Marc stopped packing. "You don't. I, uh, kind of planned to go solo." He rearranged the items in his pack and wouldn't look her way.

She started to rise, then sank back down to the mattress. "You don't want me to go?" But she had the whole week off. "It's semester break, Marc. I've got the time." Chloe wondered if she'd woken up in an alternate universe.

Marc brought his bag over and sat on the edge of the bed. "I know, Chlo, but we didn't make any plans." He zipped up the rucksack. "I just need to go back. See Mom, and well, you know, just spend some time there."

Shit. The way he hedged about answering had her mind spinning.

A terrible thought hit her. "Are your parents… you know…" She let the question trail off, hoping the elder McIveys weren't having a rough patch.

Marc laughed. "No, Chloe. Mom and Dad are fine. He's still off-planet, which means they can't drive each other nuts."

Okay, so Jace and Bertram weren't around, why didn't Marc want her to come along? Chloe didn't mind so much, they hadn't made official plans yet, but the way he spoke, sort of mysterious and cagey, had her senses tingling—Marc never just dropped by to hang out with Tricia McIvey. There had to be more to him going back than just visiting his mom.

Chloe pushed for an answer. "Marc, did I do something to piss your mom off the last time we went back?" She couldn't recall anything, and they hadn't stayed very long.

Marc's eyes widened. "No! Of course not. My mom loves you." He stood up and started dressing.

Chloe heaved a sigh. "Then what the hell, Marc? Why don't you want me to come along?"

He fastened his pants. "Look, it's not that I don't want you to come with me. I just have… something I want to do, and I need to do it alone."

He yanked his T-shirt over his head. "Yeah, well, blame it on Winnow."

Chloe opened her mouth to make a smart ass retort, but Marc held a hand up.

He shook his head back and forth. "Uh uh. I'm not saying anything else." He made his way over and sat down beside her. "I'm going home. Nothing's wrong." He grabbed her hand. "I gotta ask my mom for a big favor, and it's kind of a surprise for you." He leaned in and snagged her lips. "Okay?"

Her brain tried to play catch-up, but Chloe nodded. What else could she do?

Marc bolted off the bed and grabbed his pack. "Great. I gotta run. Winnow's gonna be here in five." He cupped her face with one hand. "I love you, Chlo." He pressed a kiss to her forehead and double-timed it to the door, slamming it on his way out, no doubt to wait for Lance Winnow.

You can blame it on Winnow
.

What the hell did Lance—shit! The pieces all clicked into place, and Chloe had a very good idea what Marc needed to ask his mom. Were things about to get more serious with their relationship?

Chloe couldn't decide how she felt, if they were.

She and Marc had been together for a couple of years, were established in their positions. Logic followed they'd look at taking things to the next level. The last year had been crazy full of his platoon members getting hitched—Lance being the latest about two months ago. Only Marc and one other guy, a young private, hadn't succumbed yet.

Her big question? Were they ready for matrimony?

Chloe loved Marc, but lately it always felt like waiting for something. For him to grow up… to realize life didn't hand over whatever he wanted exactly when he wanted it… to
ask
her about more than work or what she wanted to do for dinner.

But he never did.

It would be just like Marc to spring something like marriage on her and expect a 'yes' answer two seconds later—without ever broaching the topic prior to asking. He'd take it for granted her timetable matched his—and hell, maybe it did—but they'd never
discussed
it.

She didn't have the greatest record for planning the future or doing the relationship thing. Marc being the first truly steady guy she'd let stick around longer than a couple of months. They got along, had fun, and generally agreed on things, but somewhere in her head and heart, Chloe figured talking about important life decisions should kind of be a requirement to build something to last.

Not that she could blame everything on Marc, she could just as easily pursue an in-depth conversation but usually chose not to.

Maybe she didn't think she'd like the outcome. Marc didn't talk much… he
did
things. Spur of the moment, off the wall, out of the blue.

And she normally enjoyed it.

But would she still love it in ten years? Fifteen? Twenty?

Then again, she might be freaking out over nothing.

She didn't want to think about it. Not over the weekend. If Marc came back and popped the question, she'd figure it out then.

Since Marc kind of left her high and dry, she needed to make a plan and do something. She hated boredom. But first, coffee sounded damned good.

Juice Cleanse : Lose Weight, Detox, And Feel Great With Over 50 Recipes! by Winters, Dana
The Moon Master's Ball by Clara Diane Thompson
1 by Gay street, so Jane always thought, did not live up to its name.
A Fine Passage by France Daigle
Club Prive: Un-Leashed (Kindle Worlds Novella) (A Bad Boy Crime Family Romance Book 1) by Bella Love-Wins
No mires atrás by Karin Fossum
Protective Mate by Toni Griffin
An Invisible Client by Victor Methos
Senseless by Mary Burton
And We Stay by Jenny Hubbard