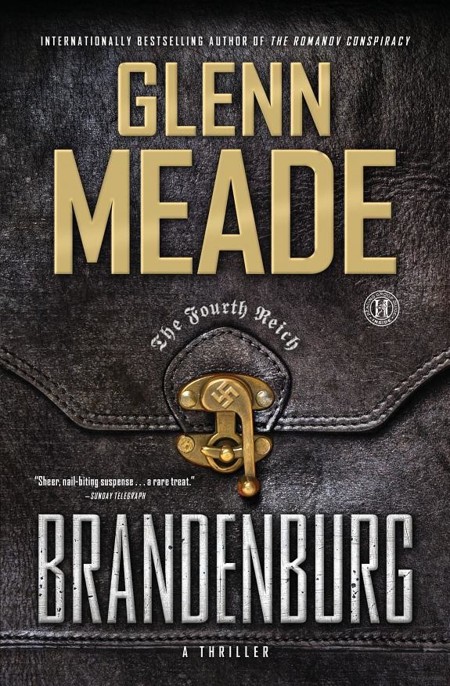 “Meade’s second foray into international intrigue imagines that Nazis biding time in South America hatch a viable plot to take over contemporary Germany. The novel opens with a splendidly tantalizing episode of eavesdropping by a Paraguayan reporter who, before he’s caught and killed, hides a tell-tale tape recording. . . . Fast, sly, and slick, this thriller delivers the goods—tension, action, plot twists—until the smoke clears on the last page.”

“The Irish-born author teeters on the edge of genius and sacrilege with this thriller about a subject known since the time of Christ. . . . Some who have avoided Christian fiction or only dipped in will find this departure from the mold refreshing, even while some regular readers of Christian fiction may find certain passages revolting. Fans of Davis Bunn or Dan Brown won’t bat an eye at Meade’s unblinking look at the Vatican and the religious secrecy that fuels such novels. With a plot that screams, a controversial edge, and characters with attitude and something to prove, this has all the makings to be the next
Da Vinci Code
.”

—
Publishers Weekly
, on
The Second Messiah

“Dan Brown meets Tom Clancy—Glenn Meade sure knows how to get your pulse racing. I was gripped from page one. Whether
The Second Messiah
is fact or fiction is up for debate, but one thing’s for sure—it’s one heck of a thriller. You know you’re in safe hands with Glenn Meade—
The Second Messiah
is a roller coaster of a thriller that lifts the lid on the inner workings of the Vatican and leaves you wondering just how much of the fiction is actually fact.”

“Reading similarly to both a Thoene novel and
The Da Vinci Code
, bestselling author Meade’s
The Second Messiah
will keep readers on the edge of their proverbial seats. . . .
The Second Messiah
reads quickly and will hold the reader’s attention with its many plot twists. In the story, Meade also addresses the problem of suffering in an insightful comment from the pope. Fans of fiction tied to news headlines will enjoy this geopolitical thriller. Recommended for readers of Joel C. Rosenberg.”

“This novel is a
Da Vinci Code
–type thriller, but it’s far more. The secret scrolls and chases are standard thriller fare, but deftly handled. Some of the characters are particularly captivating, especially the new Pope, a true follower of God who’s tormented by his past and struggling with the future of the Church. This suspenseful book is well worth reading.”

“Written in the mold of
The Da Vinci Code
—sans all the erroneous claims (thankfully)—bestselling author Glenn Meade’s latest geographical thriller,
The Second Messiah
, keeps readers on the edge of their proverbial seats with multiple plot twists.”

“Meade knows how to entangle, and untangle, an exciting array of characters and plots guaranteed to keep the reader hooked . . . a talented storyteller, he sets the scene quickly before taking off on a rollicking ride that keeps the pages turning. It’s a hard book to put down.”

—
Crosswalk.com
, on
The Second Messiah

“In this big-boned thriller, Meade makes his contribution to the distinguished number of first thrillers premised on the attempted assassination of a world leader (e.g.,
The Day of the Jackal
;
The Eagle Has Landed
) by imagining a CIA hit man targeting Josef Stalin. . . . Meade writes with a silken pen, inking unusually sympathetic leads. Vivid cameos of historical figures, including Eisenhower, Truman, Beria and Stalin, lend credence to the story, which, according to the author, includes events of ‘documented history.’ The Cold War may be on ice, but through this literate, memorable story, Meade shows that it can still freeze readers’ attention and chill their blood.”

“Meade’s research is so extensive yet unobtrusive . . . that it is often easy to forget you’re reading fiction and not history. This is a completely riveting thriller in the tradition of
The Day of the Jackal
. A white knuckler!”

“A tremendous sense of dramatic action and page-turning excitement culminating in a riveting, thought-provoking climax.”

—
The Sunday Times
, on
Snow Wolf

“A writer of powerfully built and skillfully executed plots. Immerse yourself in his intricately woven intrigue and explosive action, and enjoy them thoroughly!”

“Chilling—another literate and suspenseful thriller from an estimable storyteller.”

“A riveting story . . . incredibly well researched. I urge every American to read this book.”

Thank you for downloading this Howard eBook. 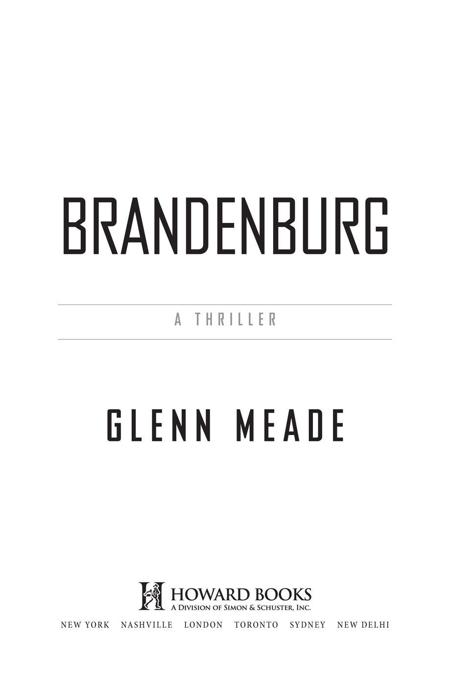 TO MY PARENTS,
TOM AND CARMEL

So we beat on, boats against the current, borne back ceaselessly into the past.

They’re always a triumph of hope and hard work over despair and sloth.

They also prove something to the novice author: You’ve climbed Everest by writing a book—even if it felt like you were wearing carpet slippers at times. So maybe you can do it again?

Brandenburg
was my first novel. It was published in Europe to far better reviews than I could ever have hoped for and translated into almost twenty languages.

No German publisher would touch it with a barge pole because of the controversial neo-Nazi subject matter.

However, soon after the success of another novel of mine, my publisher finally decided to take the risk.
Brandenburg
became a long-running bestseller in Germany; it’s a book I still get mail about from readers.

At its core is a very real and dramatic Nazi-era “secret,” one that I happened upon in the small alpine town of Garmisch in the depths of a bitter winter.

In the course of writing a newspaper article, I interviewed an elderly former SS man, who, wacky as it might sound, enjoyed listening to the music of Frank Sinatra and Dean Martin as he languished near death in a local old folks’ home.

He also told me a true and remarkable wartime story that provided me with the idea for
Brandenburg
.

And despite all the effort of writing it in longhand, often after already working a ten-hour shift—I remember keeping my window open most evenings to let cold air in to keep me awake—I truly enjoyed having written it.

I hope you enjoy reading it just as much.

When the doctors at the San Ignatio Private Hospital told Nicolas Tsarkin he was going to die, the old man nodded sullenly, waited until the men had left, then dressed without speaking another word and drove his Mercedes to the corner of the Calle Palma three blocks away.