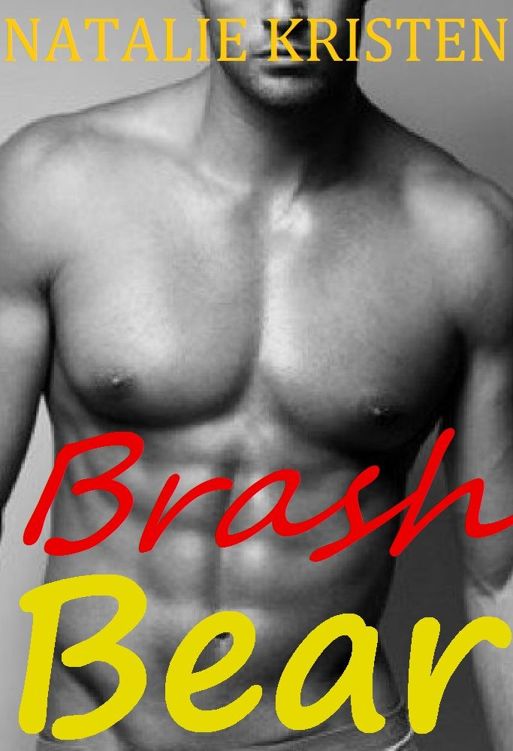 No
part of this book may be reproduced in any form or by any electronic
or mechanical means, including information storage and retrieval
systems, without written permission from the author, except for the
use of brief quotations in a book review.

Shy,
curvy Bella Paige finds herself at a rowdy, wildly exuberant wedding.
Having just moved to the small town of Shadow Point, she doesn't
really know anyone and frankly, she's a little overwhelmed.

More
comfortable around books than people, Bella ducks behind a potted
plant, seeking refuge from the madness.

But
of course that backfires.

When
the bride tosses her bridal bouquet, the bouquet sails over the heads
of all the single, screaming ladies and lands, yep, you guessed
it—right in Bella's hands.

Joshua
Carlan is the best man at his brother's wedding. His two brothers
have traded their freedom for the shackles of marriage, and Josh
doesn't envy them. Really he doesn't. He's convinced he is better
off being single.

That
is, until he sees her.

A
new, unmated female in town always attracts attention. But when
another male comes sniffing around that sweet, guarded human woman,
all bets are off.

Can
Josh and Bella overcome their differences and fight their demons
together or will their past come between them and tear them apart?

Bella Paige clutched her wine
glass and inched further back against the wall. In a state of mild
panic and bewilderment, she stared around the vast, crowded, noisy
ballroom. She honestly didn't know what she was doing here.

I hardly know the bride
and groom.
How
in the world
did I get invited
to this wedding?

Bella blew out a breath and
drained her glass. She glanced around the rowdy ballroom and caught
sight of Staci Castillo.

Oh right. It wasn't the
bride and groom who had invited her. She didn't even know Jax and
Serena, and it was
their
wedding. It was Staci, her financial
consultant, who had extended the invitation to her and made her
promise to come.

Bella winced. There were
only a handful of people she knew in this small town so far. Her
next door neighbor, Celia, her new colleagues and her financial
consultant. And she had only gotten to know Staci because she had
walked into the bank to apply for a loan.

She had just moved to Shadow
Point about a week ago. She had secured a job at the local library
and bought a house even before she'd set foot in Shadow Point. Her
house was really a fixer-upper, but she had managed to snag it at a
really low price. It was a roof over her head, but there was still a
lot of work to be done before it could be called a home. Which was
why she had walked into the bank to apply for that renovation loan.

Bella put her glass down on a
nearby table and pressed her back against the wall. Warily, she
studied the people around her. Shadow Point was a small town with
more paranormal than human inhabitants. No one batted an eyelid when
someone sprouted fur or fangs, as long as it wasn't in aggression.

Despite the diverse makeup of
its population—Shadow Point had shifters, vampires, witches,
fae, a young demon and even the odd angel who much preferred not to
reveal his celestial pedigree—the small town was quiet and low
key.

And from what she could see,
the town was pretty close-knit but the residents weren't
close-minded. The townspeople weren't suspicious or wary of
newcomers. Instead, most of them were very warm and welcoming.

Bella couldn't help smiling
as she watched the children chasing one another around the spacious
ballroom. Squealing children were chasing one another with icing on
their faces, and some of the younger kids had shifted into their
animal forms and wriggled out of their little tuxedos. A lion cub
wrestled with a furry bear cub, happily ignoring their exasperated
mothers who were trying to pull them apart.

Bella saw Staci laughing and
whispering to her husband, Marcus Beck. Marcus was the big brother
of the groom, and he had walked the bride down the aisle earlier. He
was a mountain of a man, and it wasn't hard to tell that Marcus and
his two brothers were bear shifters.

The twins, Jax and Joshua
Carlan, were Marcus's adopted brothers, Staci had told her. The two
young men looked alike but Bella had no difficulty telling them
apart. Joshua was the older, taller, and gruffer twin. He was his
brother's best man today, and Bella had to admit to herself that she
had been ogling the best man almost the whole evening.

She just couldn't help
herself. In a room full of brawny, handsome males—paranormal
males were insanely good-looking, Bella found her eyes moving of
their own accord to Joshua time and again.

Joshua Carlan was tall,
broad, dark-haired with intense, deep brown eyes. He was certainly a
very good-looking young man. Young, being the operative word. He
was in his mid to late twenties at most.

Bella smirked. She could
safely ogle him, maybe even fantasize about him when she was alone in
her bed tonight. She would probably never get to talk to him any
way.

But even if she ever got to
know him, there was no way she would fall for a younger man.

Been there, done that. For
her folly, she had been burned good and proper.

She wasn't going to make the
same mistake. Once was quite enough, thank you very much. Younger
men were nothing but trouble.

As two giggling
elderly ladies came rushing towards her, Bella involuntarily scooted
nearer to the large, leafy potted plant in the corner.

The two little grandmothers
looked kind and friendly, yet Bella moved to hide from them. She
didn't know why she did that. It was just an instinctive reaction.
She wasn't good in social situations, and people sometimes
overwhelmed her. She was thirty-five years old, for God's sake. She
knew she should be more confident, outgoing and assertive. She often
wished she could be extroverted and exciting, like the other girls.
Instead, she was just bookish and boring.

Her job as a librarian suited
her to a tee, but it also meant she interacted more with books than
with people. That wasn't a problem for her, but some people found it
to be a problem. And they made it sound like the problem was
her
.
Like she was some sort of weirdo. That was what her ex-husband said
when she caught him with another woman. He needed a real, normal
woman, not a weird, frigid old maid who buried herself in books, he'd
scoffed.

Bella made herself part of
the wall as she watched the two little old ladies dive gleefully
behind the rustling potted plant. She recognized them. She'd heard
people calling them Gramma and Ne-ma, and those two grandmothers were
the life of the party. They were bubbly, bawdy and full of energy
and enthusiasm.

A few seconds later, Gramma
and Ne-ma emerged triumphantly with the bride and groom. Jax and
Serena had been trying to hide from the madness of their wedding to
steal a kiss behind the plant.

“Well done, Gramma,
Ne-ma! You found her!” someone yelled jubilantly.

“Yep! Here's our
bride! She's behind that big plant all along but she can't hide from
us!”

“Come on, ladies!
Gather round!” Ne-ma hollered. “The bride's going to
toss the bouquet!”

Bella felt a hand on her arm
and saw Gramma at her side. Gramma was the one with those
fashionable pink and blue streaks in her silver hair. “Come!
You're single, right?” Gramma asked, peering curiously at her.

Bella protested weakly as
Gramma dragged her to the crowd of excited single ladies gathered
behind the bride. “Try and catch the bouquet,” Gramma
instructed before she hurried to the front of the jostling group.
Bella watched Gramma and Ne-ma elbow each other as they got into
position.

The bride glanced over her
shoulder and winked at them. Laughing, Serena tossed the bouquet
high in the air.

The ladies shrieked and
screamed in excitement as they all leaped up and reached for the
bouquet at the same time.

Bella tried to get out of the
way as all the women made a frenzied grab for the bouquet. Bodies
collided, arms jerked and tangled, beer was spilled and someone lost
a shoe.

Gramma and Ne-ma swore loudly
as they both jumped up at the same time and banged their heads
together. But they didn't catch the bouquet. The bridal bouquet
tumbled and sailed over all their heads.

Gramma and Ne-ma brought a
dozen ladies down with them as they collapsed on the floor, cursing
and chortling at once.

Bella backed away from the
confusion and chaos, and tried to get out of everyone's way.

Her eyes rounded in alarm
when she saw a red-faced, panting lady careening towards a side
table.

Bella reached out to steady
the poor woman.

She lurched forward and
something plopped into her outstretched, upturned hands.

Amid the ruckus, applause
broke out and people cheered.

Bella had caught the bridal
bouquet.

Joshua Carlan watched the
single ladies of Shadow Point go crazy when his sister-in-law threw
her bouquet. This was his baby brother's special day. They were
twins but Jax was the younger twin, the baby of the family.

Joshua was really happy for
his brother. The guy had found his true mate, and he had even gotten
a lively, lovable daughter. Jax had become the proud father of
Serena's five-year-old daughter, Ashley.

A mate and a family. That
was what Joshua wanted too. But...he knew himself and his fate. He
and Jax might be twins, but he didn't have his brother's easy-going
nature and cheerful disposition. He was rough and brash, and he got
into brawls way too often. He had to work on his temper, and he was
in no position to take a mate when there was still work to be done on
himself.

He was a work in progress.
He had to learn to control his moods and his temper. He still lashed
out at anyone who told him that what happened to his mother and
brother wasn't his fault. What the hell did they know?

He was the older twin, the
elder son. And he had failed to protect his mother and his brother.
His mother was dead, and his twin was now deaf in one ear. And it
was his bloody fault. He had failed them.

So yeah, maybe he didn't
deserve a family. Because he sure as hell couldn't protect the one
he had.