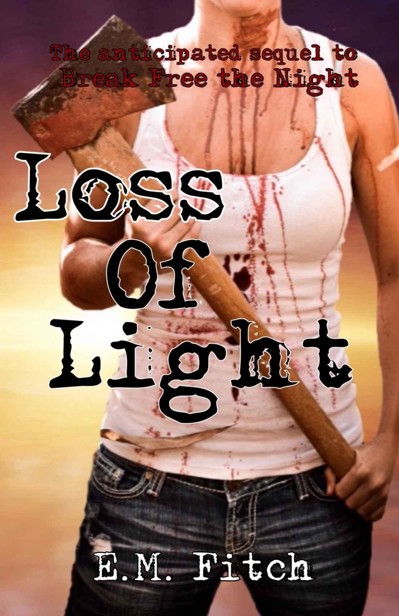 For my parents, Tom and Rita McCullough, my first and best teachers.

Bil
l’
s only response was to jam his foot harder on the accelerator. The motor home jerked forward, faster, but not by much. Already Kaylee could see them waking. The bodies were scattered, some on the pavement, some in the dead grass on the side of the road, still others were piled together in the parking lots Kaylee could see from the highway. Their fingers would twitch first, small muscle spasms that were deceivingly innocent. Then came the groaning.

“
Exit forty-two
.”
Andrew pointed ahead to the reflective green sign that stood, knocked by wind or age or something worse, at an angle. Mud spattered most of it, but the graying forty-two was still visible. The motor home jumped and bounced as it flew down the ramp, jolting the people inside at every crack in the asphalt. Andre
w’
s hands clenched around the wrinkled map edges. Kaylee could feel the potholes and grooves that weather and feet had bore down into the untended pavement over the years.

“C’
mon, Dad, almost," Andrew urged. The flat expanse of the target roof was visible now, shining orange and gold in the early dawn rays. Shadows still spilled out over the streets, but it would
n’
t be long now, moments really, before the su
n’
s rays reached them too. And then there would be nothing to keep the infected quiet, calm, asleep. They would wake, shrieking and pawing as they were forced to rise. And then they would eat. Eat whatever they could find.

“
Hey
,”
Anna muttered, head bent over a black footlocker that she had dragged into the center of the motor hom
e’
s living space. The dark box stood like a blot on the beige carpet. It wasn't the only thing out of place. Floral pattern curtains hung, drifting limply over the barrels of the rifles propped up behind them. Granite countertops shone behind rolls of duct tape and stacked boxes of ammunition. The duffle bags and knives and axes all mixed with the pattern bedspread and set of matching mixing bowls. Chaos and home life, now intertwined and inseparable. Anna flipped the top of the footlocker open unto the blue and tan paisley print that covered the bench, her dark curls hanging over the opening
.“
Someone come help me with these
.
”

Kaylee turned from the grated windshield, from the limbs that were now trembling on the roadside, back to Anna.

Emma did
n’
t move. She stayed next to the bed, perched by their father. He sat propped up by the headboard, his daughter's fingers clenched on his shoulders to keep him in place. His jaw was grit but that couldn't hide his pain as he winced over the bumps the shocks could
n’
t absorb. The injury he sustained from setting off those explosions the day before wasn't terrible, it wouldn't kill him and it wouldn't immobilize him; but he hurt and it was difficult for him to get around. Anna was yanking chains, locks, and little bits of plastic out of the locker.

“
Hand them out
,”
she said, not even pausing to make eye contact as she tossed the items at Kaylee. Next she hauled a case of black spray paint out from under the table. She handed a few cans over as Kaylee rocked with the swaying motorhome. Emma already had one hand out, waiting for her sister to pass her a bundle of zip ties and a can of paint.

“
Everyone knows what to do
?”
Nick asked through a grimace. Kaylee was
n’
t sure whether his discomfort stemmed from his injury or from the fact that his daughters would be more active in securing their safety than he was.

Kaylee had enough time to press a length of chain and two padlocks into Andre
w’
s waiting hand before the main entrance to the mall loomed overhead, casting the motor home into defuse shadows. He reached back to grab paint for himself and his father.

Kaylee ran. She knew Bill would carry their father and the time she would spend worrying over him would be wasted. There were only a few moments left. Tha
t’
s it. And if they did
n’
t hurry, there would be no stopping the infected.

Jack was already there, kneeling by the main glass doors. His Hummer was silent behind him. A gleaming metal tool hung from his mouth while his fingers worked a different tool in the lock at the base of the door. That was a good thing. If the mall had been locked before any infected got in, it might still be free of them. With a grating pop, the lock turned and Kaylee did
n’
t have time to register Jac
k’
s face before she joined Emma, Andrew, and Quinton as they each raced for a separate corner of the mall.

She picked the longest corridor, she was the fastest and it made sense that it should be her that had to run the longest. Stores and kiosks blurred as she flew by. She was not able to register their names, only keeping an eye out for movement. The halls were silent but for the slap of her sneaker against the dusty tile. She drew her breath evenly, the exertion and the stretch in her muscles feeling good after twenty-four hours of bumping around in the motor home. A large heavy chain bounced evenly over her heart, matching her pace in cadence with her breath.

The skylights in the mall shone orange, lighting the halls in a soft glow. She couldn't hear the infected from in here, but she knew they must be rising now. There were no exits down this corridor, just the entrance to a department store. She ran through, dodging racks of jewelry and glass cases. The glow cast from the skylights grew dimmer the farther she ran into the store. There were no windows and quickly her surroundings darkened. But there was a faint glow from up ahead and Kaylee raced towards it.

She was already shaking her can of spray paint as the south exit loomed before her. Giant glass doors, windows lining them, but at least they would
n’
t be difficult to secure. Heavy brass handles met in the middle of the main doors. Kaylee ripped a zip tie out of the bundle in her hand with her teeth as she rolled the can of paint towards the door. She'd need both hands now.

The can clanked against the doorjamb just as Kaylee was pulling the zip tie tight. She reached for another, and then one more, sliding each through the brass handles before cinching them tightly.

Should hold for now.

She heard the first moan as she popped the top off the black paint.

It had been Andre
w’
s idea, spray painting the glass black so the infected could
n’
t see what, or who, was inside. Kaylee had her doubts. Was it even sight that clued them in to where a fresh meal was hiding? Or was it other senses? Could they smell her, hear her, feel the heat of her exerting body? Even now, even with the paint and the supposed blindness?

She was
n’
t sure. But the paint and the zip ties were
n’
t the only defense. They had the locks, and the chains, and she would loop those through the brass handles too. And the store gates, the individual security doors that each of the little inlets and large chain stores employed, would be pulled shut and locked as well.

Black covered the doors and windows. Fumes saturated the air. The paint ran down, small rivulets that oozed over the dirty glass.

A hand slapped the glass, dirt encrusted and graying. Broken fingernails scratched against the polished surface. Kaylee could hear the growls and moans of i
t’
s owner from behind the barrier, sounding so, so close. Kaylee felt her chest seize as she stepped back from the glass.

It was
n’
t working.

Kaylee shrieked at the soft voice that sounded to her left. Jack raised his canister to the faint outline of a handprint and covered what she had left undone. And as the last of the light from outside was extinguished, the cadence of the moaning shifted. Nails still scratched and there was the distinct sound of shuffling, scrambling, just outside the door. But nothing was beating at the glass now.

“
Kaylee
,”
his breath landed on her neck, brushing it lightly. She wanted to turn into him, bury her face in his chest, find comfort in the pine and rain and honey that was Jack, her Jack. But a single red dot prevented her. It had looked so out of place. Everything her mother had become after she had been bitten had been so horrible, but it was that little red dot, the hole from the bullet Jack shot into her brain, that kept flashing through Kaylee's thoughts. Just that bullet hole, a small, seemingly insignificant little dot, placed there by Jack's gun after he pulled the trigger.

“
I, I do
n’
t know what to say
,”
he whispered. And Kaylee believed him. His voice cracked as he finished and he sounded desperate.

Neither did Kaylee. So she did
n’
t say anything. She pulled a length of chain from over her shoulder where she had hung it as she ran and strung it through the door handles. Jack moved forward to padlock it for her.

“
You need to get some sleep
,”
she interrupted, happy she could
n’
t actually see him in the gloom of whatever department store it was that she had run into. She realized now that she wasn't even sure which it was. Mac
y’
s, maybe.

“
I need to talk to you
,”
he countered, reaching for her. She backed away.

“
Later
,”
she said, turning from him. He had
n’
t slept yet, not since it had happened. It had been over twenty-four hours now. She knew Andrew had offered to take over for him, to let him get some rest. But he had refused. He should
n’
t have, he sounded awful.

And she felt awful. She would
n’
t have been fair to him. Not now. She needed space, needed time to think. Alone. Her thumb found the grooves of the St. Jude medal and rubbed along it comfortingly. It hadn't left her pocket since she had ripped it from her dead mother's neck.

“
When
?”
he asked. Kaylee never answered. She walked away, back to Emma and Andrew and her father, back to comfort. His last plea for her to stop was drowned out by the echo of a trio of gunshots that rang through the hall.

There had been a fountain, right there in the center of the main courtyard. Kaylee could make out the shape of a dirt-covered penny. She sat on the edge now, catching her breath in the glow of the sky lights high in the ceiling. The gun shots had come from Bill, Andrew, and Anna. They had each stumbled on security guards, infected and rotting and hungry. They must have locked themselves in ages ago and succumb to the infection after the doors had been closed. No one else saw any other sign of life.

Lone survivor: the eyewitness account of Operation Redwing and the lost heroes of SEAL team 10 by Marcus Luttrell, Patrick Robinson
BLUE MERCY by ILLONA HAUS
Dodger by Benmore, James
Night of Cake & Puppets by Laini Taylor
Toad Rage by Morris Gleitzman
The Great Lover by Cisco, Michael, Hughes, Rhys
Betting It All: A Hellfire Riders MC Romance (The Motorcycle Clubs Book 11) by Wilde, Kati
Plantation Shudders by Ellen Byron
As Easy as Falling Off the Face of the Earth by Lynne Rae Perkins
Circles of Confusion by April Henry