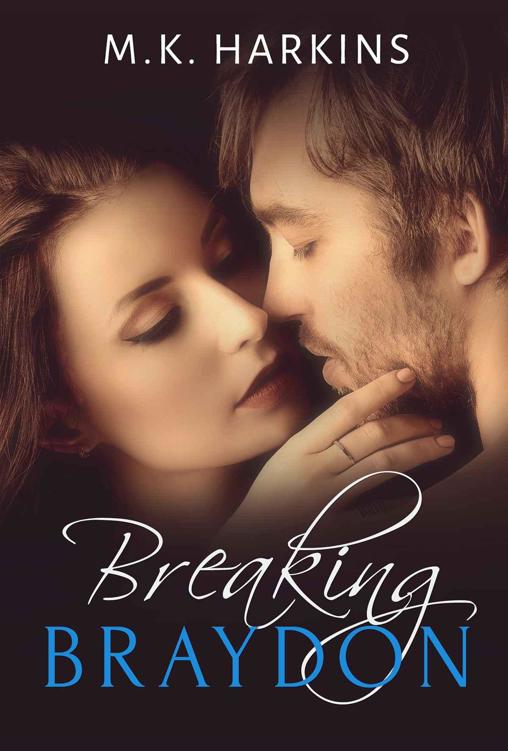 Without limiting the rights under copyright reserved above, no part of this publication may be reproduced, stored in or introduced into a retrieval system, or transmitted, in any form, or by any means (electronic, mechanical, photocopying, recording, or otherwise), without the prior written permission of the above author of this book.

This is a work of fiction. Names, characters, places, brands, media, and incidents either are the product of the author’s imagination or are used fictitiously. The author acknowledges the trademarked status and trademark owners of various products referenced in this work of fiction, which have been used without permission. The publication/use of these trademarks is not authorized by, associated with, or sponsored by the trademark owners.

How to describe beauty?

You are the best the world has to offer

Every laugh, every hug, every positive and good emotion remains with you

Because you are everything beautiful there is in this world

I will always appreciate

Beneath Your Beautiful - Labrinth

It Must Have Been Love – Roxette

I Won’t Give Up – Jason Mraz

Long and Winding Road – The Beatles

On Our Own – Heels To The Hardwood

Over My Head – The Fray

She’s got a Way – Billy Joel

Song for Someone – U2

When I Fall in Love – Nat King Cole

You are so Beautiful – Joe Cocker

The music is the sole property of the copyright holder/artist represented.

You can find all these songs on YouTube or iTunes.

The high heel whizzed past my head at record speed.

Damn. That was quick. Usually, when I told women to leave, it would take a few minutes before their anger boiled over.  I leaned on the doorframe between the hotel bedroom and the large foyer.

She picked up her other shoe and hurled it at me. Missed again. There were many talents she shared last night, but, as it turned out, throwing shoes wasn’t among them.

“It’s Candace, you ass. Not Candy!” Her face reddened. “You think you can just brush me off? We…we only finished like five minutes ago.” Her flowing blonde hair and angry green eyes were a sight to behold, I’d give her that. She tightened the sheet around her, making sure to cover herself completely. It was time to wrap this up.

“Yes, that’s what I’m doing. You may consider this your official brush off.” Rip the Band-Aid off quickly. It was better for everyone.

There were tears in her eyes.
Here comes the drama
. Women were experts at it. Good thing I knew what they were doing, along with their motivations. They wanted to be the one to snag the “Bad Boy Billionaire,” but I knew better.

The women I invited into my bed knew the score. If they hadn’t been clued in by my reputation alone, I made sure to let them know before stepping foot in my hotel room. But still, they deluded themselves. They thought they’d be the one to change me, that they’d be the one who I’d marry. They didn’t care about me. I knew that with certainty. I’d seen it replayed over and over. They were all the same.  I wasn’t a fool.

“You knew what this was, Candace.” I emphasized her name properly. “Now, I’d appreciate it if you’d just leave.” I nodded in the direction of the door.

“Everything they say about you is true. You’re a damn bastard.” She continued to fist the sheet in her hands and stomped her foot.

“So you’re angry because I’m exactly what you thought I’d be?”

“Yes! I mean, no! I hoped you’d be different. I thought the stories about you were an exaggeration. Kind of like an urban legend or something.”

She stopped and studied me. I worked to keep my face expressionless and crossed my arms. She knew. My body language screamed ‘Don’t even try.’

She shook her head. “I was wrong. So wrong.”

I continued to watch her as she gathered her clothes from the floor and moved into the bathroom to change. It was mindless sex, but it was so good. For a moment, I considered stopping her.

What the hell?
What was I thinking? What good would come from that? I hated this part of the evening. It always came, even if it was for only a split second. I knew I’d never change, yet somehow it would find its way into my consciousness—the creeping edge of an emotion. It felt a little like regret, but I immediately shoved it down before I was able to explore it. I didn’t need or want those feelings. I wanted everyone to believe I was unobtainable. Because I was. Women could have my body for a few hours. But they’d never touch the rest of me. Ever.

It was routine. Every day during lunch, I’d peer into the mirror to examine my appearance. The harsh fluorescent lights in the bathroom at work didn’t hide a thing.

My eyes were bright red again. Darn colored contacts made me look like I hadn’t slept in days. The contacts were a brown color, which made my clear blue eyes appear drab. They were perfect, except for the unfortunate fact that they felt like sandpaper.

The light foundation I used on my face also helped. My “disguise” wasn’t complete without my skin tone appearing pale. The make-up was supposed to be a base, but it worked for my overall appearance. As long as the desired effect was achieved, I didn’t care. Dealing with my itchy, watery eyes was the least of my concern.

I swept my fingers through my hair and turned side-to-side. Everything was still in place, except for the tears that had started to form. They were a result of the contacts; I was sure. I blinked them back and took a deep breath.

I was invisible, and that was a good thing. Everything about me screamed plain. Plain hair, plain clothes, plain demeanor. Plain Jain. I fit that description to a T. I had to be okay with it because it was a necessity.

During my high school years, I’d received admiration and flirty remarks from the boys, and jealous suspicion from the girls. If I even glanced at someone’s boyfriend, the gloves would come off, and a battle would ensue. So I never dated – until Jackson. We attended senior prom together. I wish I could forget that night, erase it from my mind completely.

I knew Jackson never loved me, but it still hurt. He’d convinced me of his sincerity, but he turned out to be a typical player. The night of the prom changed me. I used that pain, though, to propel me toward what I really loved, medical research.

Once I’d entered my sophomore year in college, I knew things had to change. If I were going to be seen as a serious academic student, I’d have to dress and act in a way that would ensure I was treated like one.

I learned that prejudice was not limited to skin color, even if it was a prestigious Ivy League university. I was judged on my looks, as were so many others. I wasn’t taken seriously, by both students and professors. For some reason, the students I sat with at lunch or attended classes with, always assumed I would be more interested in gossip than my studies. They were wrong. When I asked my professors for more challenging work, they’d smile and reply, “You’re doing just fine.” I didn’t want
fine
. That’s when it occurred to me. People either consciously or unconsciously concluded that my looks would open doors for me and that I didn’t need to be smart. It was at that point I made the choice to change how the world perceived me.

I was sure some people might not understand why I went to so much trouble to tone down my appearance. To me, beauty equaled pain and missed opportunities. First, with Jackson, and again in college, when my achievements were marginalized by my appearance. I loved the field of medical research, but there were other reasons I was driven toward success. I needed to make amends, and to hopefully right the horrible wrong I’d committed seven years ago. I wouldn’t, or couldn’t, stop until I did.

Once I made the decision to appear plain–it worked like a charm. I kept my head down and let the world ignore me. I finished college with top honors in only three years. Medical school took another three, again with honors. With my pick of job opportunities, I chose a small company specifically because they were on the cutting edge of ALS research, which was close to my heart.

I loved my job. Bastion Medical Research was a top-notch facility, employing a small team of respected and dedicated doctors and scientists. Each day, I’d awaken, refreshed and ready to tackle the challenges presented. Our research was innovative, with the best technology science had to offer. It wasn’t a question of whether we’d make our mark, but rather when.

After I was satisfied with my appearance, I returned to the cozy room we used for our breaks and lunch. It had started out as the usual, sterile break-room you’d expect to find in a medical research facility, but that soon changed once I got my hands on it.

I used my own money to replace the worn plastic table and chairs used for lunch. I found a long, oak dining table with matching upholstered chairs at a nearby furniture store. A few side tables, lamps, and a small couch rounded out the space. I’d picked earth tones for the colors which made the room feel warm and inviting. I loved it here. It felt like home.

My thoughts were interrupted by Colin, my best friend and co-worker. He plunked down next to me and asked, “How’s my best girl?”