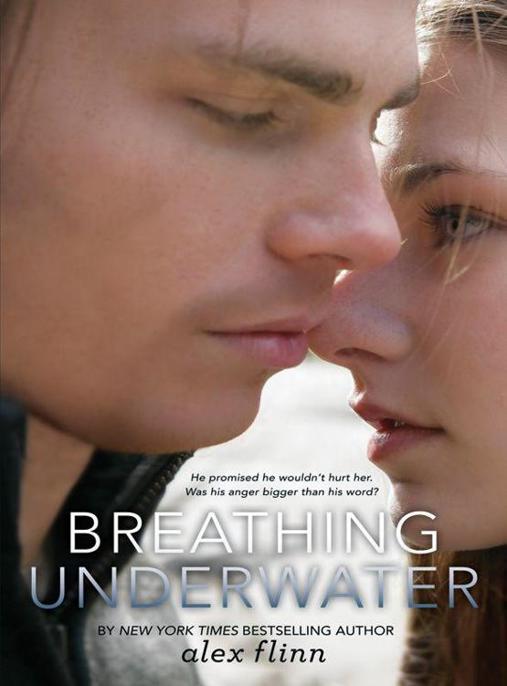 In memory of my father,
Nicholas Kissanis

“These what you want?” I dangle my keys an inch from her nose, getting in her face. She backs off, scowling. I throw them into her yellow plastic basket and walk through again.

“You were supposed to give me those first,” she says.

Behind me, my father flings in his keys. “You’re always sorry, Nicholas, always forgetting.” Then, he looks at the security woman, and his expression becomes a smile. “Miss, if you would please be so kind to tell me where is this courtroom?” He hands her the notice for my hearing.

She smiles too, taken in like everyone else by his Armani suit and Greek accent. “Second floor.” She looks at me. “Restraining order, huh?”

“Trouble with his girlfriend.” My father shakes his head. “He is sixteen.”

I stare forward, remembering a day on the beach, Caitlin laughing, a white hibiscus in her hair. Was it only a month ago? God, how did we get here?

My father nudges me onto the escalator, and it bears me up, high above the white-tiled floors and the metal detector, far from the security woman’s gaze. We reach the top, and he shoves me through a green door.

WE WHO LABOR HERE SEEK ONLY THE TRUTH.

Fine, if you know what the truth is. Caitlin sits with her mother in the center pew. Dressed in white, her blond hair loose, she looks like something from our mythology book, a nymph, maybe, pursued by a beast. Guess I’m the beast. I pass her.

“Why are you doing this, Cat?” I whisper. “I thought we had something special.”

Caitlin examines her knees, but I can tell her eyes are brimming. “Yeah, Nick. I thought so too.”

“You know why.” She moves to the other side of her mother.

I must stand there a second too long, because my father shoves me forward. I take a seat in the fourth row. He leaves a gap between us, opens his briefcase, and removes a thick folder. Work. I try to catch his eye. “Do you think they’ll—?”

His eyes narrow in annoyance. “Nicos, this is important.” He gestures at the folder.

I look away. From across the room, I feel Caitlin’s mom staring and Caitlin trying not to. So I concentrate, really concentrate, on making my face a mask. I’m good at that. People at school—my ex-friends, even Tom, who used to be my best friend—see me how I want them to: Nick Andreas, sixteen-year-old rich kid, honor student, coolest guy around. All fake. Only Caitlin knew the truth about the warfare with my father. She knew how humiliating it was warming the bench in football all season.

Telling her that stuff was a mistake. It’s easier to fake it. When you fake it for sixteen years, it becomes part of you, something you don’t think about. Maybe that’s why I can hold a smile when the judge—a female judge who’s sure to take Caitlin’s side—enters and Caitlin takes the witness stand. I grin like an idiot as the bailiff swears Caitlin in and a lawyer in a gray polyester skirt begins asking her questions.

Polyester points to the paper she’s holding. “Is this your statement, Miss McCourt?” Caitlin nods. “You’ll have to voice your answers for the record.”

“Is it your testimony you were involved in a relationship with the respondent, Nicholas Andreas?” Yes. “Is he here today?” Yes. “Point him out, please.”

Caitlin’s finger stretches toward me. I meet her eyes, try to make her remember all the good times. Bad move. Her tears, brimming before, spill out, unchecked. A tissue is offered. Polyester keeps going.

“Was the relationship a sexual one?”

“Was the sex consensual?”

Cat says nothing, glancing at her mother. The question takes me by surprise. Does she mean to lie about that too, make it rape, what we did together? It wasn’t. Polyester repeats the question, and Caitlin says, “I heard you. I was thinking.” She looks at her mother again and wipes another tear. Her chin juts forward. Finally, she says, “Yes. It was consensual. Nick and I … I loved him.”

I look at the wall, my attention suddenly riveted by a palmetto bug, feelers writhing. I could kill it if I wanted.

The bug slides to the floor.

I don’t listen much after that, just watch Caitlin’s mouth move. My father plunks a hand on my shoulder, saying something I don’t hear. Anyone looking would think he’s patting my back, but his fingers claw my skin. Excuse me, Your Honor, but I’m bleeding.
’Scuse me while I kiss the sky
. The lyrics run through my head with all the other suddenly meaningless information. Will this be over if I say it’s all true? Deny it? Apologize? Cat’s mouth moves until I wonder if she’s reciting the alphabet, the Lord’s Prayer, the Pledge of Allegiance. No way could she say that much bad stuff about me. But when I tune in a few seconds, I hear her, agreeing with everything Polyester says I did, not explaining, not giving any background, just agreeing. It was a slap, I want to tell them. One slap, when she pushed me way too far. I never beat her up, would never hurt her. I loved her, love her still. Doesn’t she remember anything good about us? I do.

Caitlin clutches the tissue like a white flag. She doesn’t use it again until Polyester’s final question.

“Are you in immediate fear for your safety as a result of your boyfriend’s actions?”

Caitlin wipes her eyes, but when she speaks, her voice is strong.

Polyester has no further questions.

“You may step down,” the judge tells Caitlin. Then, Madame Judge turns to me. “Anything you’d like to tell the court, Mr. Andreas? You aren’t required to testify.”

I’m on the witness stand before I realize what my father said before. “Don’t say anything.” I try to avoid his gaze, but I’m drawn to it by sheer will. He telegraphs a message: You’re in big trouble, kid.

My father and I look alike. I don’t remember my mother much—she left when I was five—but I’m sure I don’t look like her. My dark hair and dimples come from my father’s gene pool sure as the baby lizards running across our garden path look like Papa Lizard humping on the hibiscus. Still, I search the mirror for differences, anything to avoid seeing him in myself. His eyes are bad enough. Those green eyes can do more damage than his fist, and I see them in my own eyes every day.