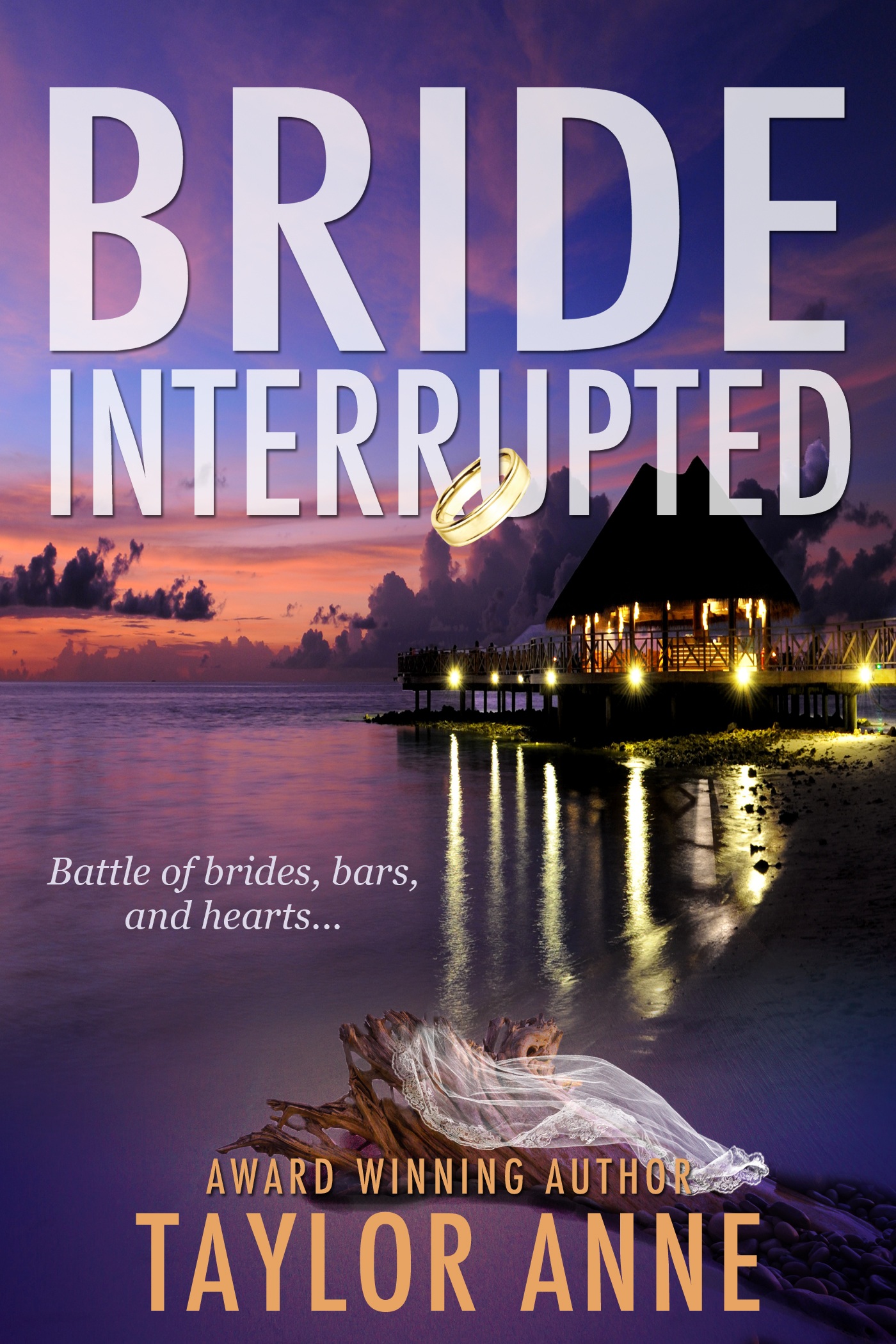 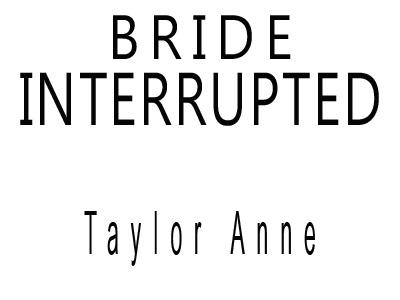 This story is a complete work of fiction. Names, characters, places and incidents either are a product of the author’s imagination or used fictitiously. Any resemblance to actual events, locales or persons, living or dead, is entirely coincidental.

No part of this publication can be reproduced or transmitted in any form or by any means, electronic or mechanical, without permission in writing from Taylor Anne.

Thanks to all of my fans!

Thank you for allowing me to bring my world to you. Enjoy!

Love to my family who stands by and supports me in

Many thanks to the wonderful people at Authors on the Air

Pam and Teresa… This would not have happened

without your support, direction, and love.

Hugs and kisses to you all.

Elle, you nailed it with the cover. You took my vision and made

As always, thanks to Ally. You took a chance on me several years ago,

and we are still working strong together. Much appreciated!

Kayla Boudreaux peered up at the wooden sign. Gracie’s Place
.
“We’re here.” Turning to find her best friend’s head bobbing up and down in tune with the pop music, Kayla burst out laughing. “Christi, if you could see yourself. Seven months pregnant, glowing, and so relaxed you look like you don’t have a care in the world. I hope my brides’ lives are that good when they get married.”

“You give them the perfect wedding, and they’ll be happy no matter who they marry. And don’t leave yourself out of that equation.”

“Ha! You know I’ll never get married. I don’t have time to look for Mr. Right.” Being a wedding coordinator in no way made her an expert in marriage, especially since she was still single.

Christi shook her head, a smile lighting her face. “Sure. New town, new career, daughter off to college. You never know what will happen.”

They got out of the car and walked the short distance to the wooden building that sat amidst the sugary sands of Perdido Key. Kayla inhaled the crisp ocean air. The salty tang beat out the city muck any day. Christi opened the screen door of the bar, motioned for Kayla to go first, then entered after her friend.

The late afternoon crowd filled up half of the tables in the sandwich bar. A group of women at the center table glanced up when the door swished closed. The anxious expressions on their faces hinted that they were waiting on someone in particular. That someone wasn’t Kayla or Christi. They turned back to their drinks and chips.

Three guys sitting at the bar wearing board shorts and t-shirts tipped their beer mugs at the two women. Kayla nodded as she and Christi made their way to a table next to an open window.

At a nearby table, a woman barely covered by her black bikini straddled her partner, lazily running her fingers along his bare thighs. Her tongue toyed with his lips until her mouth hungrily closed over his. His hands roamed over her back. The two were oblivious to their surroundings. Judging by the amount of beer bottles on the table, the couple wasn’t feeling much pain.

Kayla sat down, her back to the uninhibited couple. “Geez, get a room.”

Christi took the seat next to Kayla. “It takes all kinds to make the world go round.”

“Yeah, and looks like you can find every one of them at Grandpa Earl’s bar. But according to him, they are all loyal customers.”

From the looks of the place, Grandpa Earl had let the interior dwindle in appearance. The deli area needed more room to operate; the bar area needed a face-lift. However, Grandpa must have done something right because business was hopping with customers coming in and out, picking up to-go sandwiches or grabbing a seat for lunch. Transforming the bar into a wedding venue would take some minor renovations, but Kayla was confident it could be done. The biggest obstacle was going to be to convince Grandpa’s co-owner of what an improvement it would be. Grandpa said he was a tough businessman.

A young, attractive waitress approached the table asking for their orders.

“I’ll have the same, only with a Diet Coke.”

The woman’s warm smile matched the sunlight streaming in the open windows. Her brown hair was pulled back into a ponytail, accentuating her high cheekbones. She gave a wink. “Be right out, ladies.”

“Kayla, before you ramrod whoever is in charge, you need to get your wedding business up and running. You have four clients already and one prospect. Concentrate on that first. The bar is obviously taking care of itself.”

“I know. I just can’t put the idea out of my mind that this would be the perfect location to host weddings and receptions.”

“Excuse me, ladies, I believe these drinks belong to you.” A deep, whiskey voice cut through the breezy air.

Kayla turned. The man’s dark menacing eyes caught her off guard. He didn’t look too happy about something. Was he unhappy with his job? Women problems? Whatever caused him to look so unapproachable was his problem, not hers. Except that she wanted everyone working there to portray a happy face. The next thing she noticed was that he was the only person in the bar wearing long pants. It was the beginning of summer and already dreadfully hot. He had to be sweltering in those soft, faded blue jeans. But damn, they fit him so well. He set their drinks in front of them, turned, and walked away. And from the back, those jeans…

Christi cleared her throat, bringing Kayla back to the table.

“Anyway, like I was saying.” Kayla shifted in her seat, took a huge gulp of her wine, and wiped her sweaty palms on her gauzy cover-up. “The deli bar is on the beach, steps away from the water. Listen, you can hear the waves crashing against the shore. Imagine that late in the evening with the sun setting and a warm breeze blowing. My brides would be so happy and high on nature and life itself.”

“I think it sounds wonderful.”

Kayla turned her head when the female voice spoke behind her. She was greeted with the smiling face of a pretty, young woman whose hands were full of books, magazines, and cloth samples. “Hi, Christi. And I assume you are Kayla.” The books landed on the table with a
thunk
.

Christi was out of her seat in an instant, hugging the newcomer and making introductions. “Marcy, meet Kayla. She will give you the wedding of your dreams.”

“Marcy, it’s so good to finally meet you face-to-face. Now we can finalize everything for yours and Jerry’s wedding and make you a happy, blushing bride. I see you brought some pictures and info for me.” Kayla eyed the pile before her.

“I did. Don’t worry, half of this stuff can be tossed. I just wanted you to see all of it before I trashed some of the ideas.” Marcy waved her hand at the waitress and when she had her attention, pointed to the wine.

Kayla picked up the cloth samples from the top and ran her fingers over the silky material. “Beautiful. Your dress?”

“Yes ma’am. I have a picture of it here somewhere.” She rummaged through the pictures, pulled out a glossy print from a bridal magazine, and handed it to Kayla.

Kayla smiled, picturing the young woman in the dress. She would make a beautiful bride. “Look, I know we only have two weeks before your wedding, but I want you to know everything is set. Really, all we have left to do is decorate the hall. The caterer, band, photographer, and minister are all scheduled. I’ve been in contact with all of your bridesmaids and the groomsmen. It took more work doing this by email and phone calls, but we did it.” For the next half hour, Kayla helped Marcy tie up loose ends on the wedding plans.

Needing another refill, Kayla looked around for the waitress. She was busy taking orders at a full round table. The sexy bartender was behind the bar, so Kayla waved her hands to get his attention. He nodded, acknowledging her request.

Marcy gushed. “I don’t know how I will ever thank you. And Christi, thanks for recommending her.”

The bartender sauntered up to their table and replaced empty glasses with full ones. They watched as he headed back to the bar.

“Damn,” Kayla muttered. “Too bad I don’t have time to play.” Laughter erupted around the table. After another round of drinks, Kayla had wrapped up her plan for Marcy’s wedding.

“Thank you. This is perfect.” Marcy’s pleased smile beamed, giving Kayla a warm glow of satisfaction. She stood and hugged Marcy. Christi did the same.