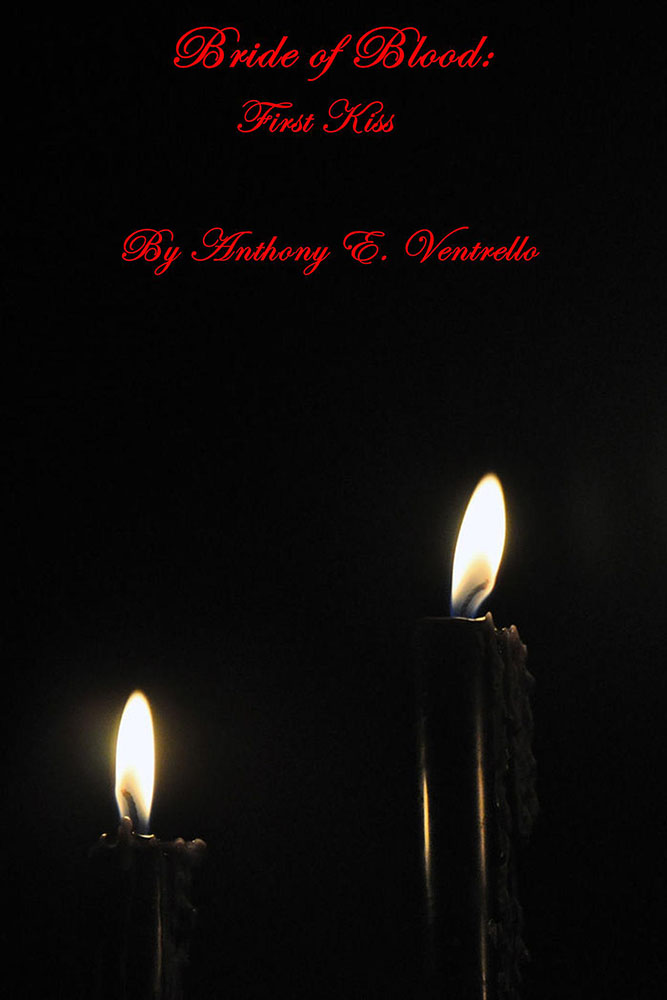 Cover photo by Vassil, available under a Public Domain license

All Rights Reserved. This book may not be reproduced, transmitted, or stored in whole or in part by any means, including graphic, electronic, or mechanical without the express written consent of the publisher except in the case of brief quotations embodied in critical articles and reviews.

Chapter 3 The Legend of Velara

Chapter 9 The Return to the Way Station

Chapter 11 The Love of Alexander and Rachael

Chapter 12 The Legend of Theodosia

Chapter 13 Battle in the Club

The night was cold and the wind was cutting like a knife.

It was the dead of winter, and there was no visible life on the outside.

If there were any life at all in the town of Maldeen, it was to be found inside of its many businesses.

But at that time of night, the only businesses that even entertained living souls were the three or four bars and The Truckstop.

The Truckstop was one of the few mainstays of the area.

It had been in business for nearly 50 years, changing owners, but never its name.

What kept it going was the fact that it was on the crossroads of Highway 431 and Interstate 35.

So there many travelers.

It was a favorite for truck drivers passing through because of its huge truck yard that afforded both quiet and privacy.

Traveling families enjoyed the cheap food at the restaurant and the souvenirs in the gift shop.

The current owner was a quiet gentleman named Hugh, who had lived his entire life in Maldeen.

He and his family had purchased The Truckstop and the adjoining motel about 5 years earlier.

Although everyone in the area and those that came through simply called it The Truckstop, he put up a new sign out front that read Hugh’s Family Restaurant.

Being as Hugh didn’t like truckers and he really wanted to make it into a family restaurant, it lacked the usual benefits of most truck stops such as a TV room and a lounge.

There was a small game room where customers could play slot machines that paid out tickets for free food in the restaurant and showers for weary travelers.

The restaurant itself was set up like most truck stops, with a bar area where truckers usually sat and booths and tables for families.

The booths had telephones that were as ancient as time itself and hadn’t worked in decades.

The jukebox in the corner only played country music and half the time it simply stole people’s quarters.

There were the usual tacky paintings hanging on the walls that had probably come with the place or were purchased at the nearly endless garage and yard sales that were held in the spring and summer in Maldeen.

And to the side of the bar area was the place where the waitresses would hang out for brief moments to drink coffee, talk about customers, or grab a quick smoke.

That night there were not too many patrons inside or outside of The Truckstop.

Only one waitress was on duty for the graveyard shift, as Wednesday nights were usually slow that time of year. On that particular night one patron enjoyed the truck stop for two different reasons:

the beautiful waitress in the restaurant and the steady flow of evil patrons that came in.

His name was Anton and he was a vampire.

Anton was a 300 year-old Swedish vampire.

He had traveled the world and amassed a large fortune in a variety of business deals in several countries.

Like all vampires, he would look the age he was when he was made forever.

To those that didn’t know, he appeared to be 25 or so.

Actually, he was 23 when he was made.

His skin was pale and flawless.

He had striking, almost piercing blue eyes and honey blonde hair that fell well past his shoulders.

He was lean and muscular, having the appearance of a football wide-receiver.

His voice was soft and soothing, although his accent was unrecognizable from his many travels.

Like all vampires, he could not go out in the sunlight.

He had not seen the sun for almost 300 years and really had no desire to.

He did sleep in a coffin, like a Hollywood vampire, but it was more for security than for image.

He could not eat or drink regular food or beverages, human blood was his only sustenance.

He was a killer who could not die.

Only the sun or another vampire could destroy him, and very few had ever tried.

Anton had originally been born Ynve Hanson in the small Swedish town of Sigtuna, which was one of the oldest towns in the history of Sweden.

It had been founded in 980 allegedly by the Viking king, Erik the Victorious.

Then Anton had been living the life of a beggar since his parents had died when he was young, and he had no family or anyone to take care of him.

Although the town was picturesque and hadn’t changed much since its inception, there were still poor and hungry people.

Anton had been one of them.

He basically survived by means of stealing and sometimes even robbing.

That is until he was found by Duke Nicolas Anderson.

The young Duke found Anton trying to steal from his estate.

Rather than have the boy killed or beaten, he requested that Anton be kept on as his footman.

Anton had no way of knowing the truth behind The Duke.

Although he claimed a title, he was not related to the Swedish royal family.

He had acquired much land, wealth, and a large home, but he was not a Duke at all.

Back then, there was little to no way of being able to check a person’s background to be certain, and besides he had all of the other qualifications of aristocracy, so no one questioned him.

The Duke was very striking, as he appeared to be in his mid to late 40’s with long blonde hair that he always kept pulled back into a ponytail.

He had ice-blue eyes that seemed to stare right through a person.

He was tall and lean, but very muscular.

He appeared to have a lot of money since his home was a grand mansion that was surrounded by a wrought iron fences and was attended to by many servants.

He could only be seen in town in the twilight hours or in the dark of night.

While the townspeople were leery of his mysterious nature, they also respected him because he seemed to have a good heart, being generous with both his money and his time.

The Duke gave Anton a place to live and began to tutor him.

Anton was a surprisingly good student, even though he had no previous education.

He was taught many things, not only the necessary education, but the ways of a gentleman.

The Duke had tutors teach him during the day when he unavailable. He even adopted Anton, formally changing his name from Ynve to Anton after his favorite Baroque composer Antonio Vivaldi.

In a matter of a few years, Anton was groomed to be a true Swedish gentleman.

Or so he thought.

The Duke had always struck Anton as peculiar.

For one thing he never was to be found during the day.

Anton would ask the servants where their master was, but he would never be given a straight answer.

He would usually kept extra busy with tutoring during the day, scrupulously
kept
away from his benefactor.

Anton was also confused as to why the Duke never dined with him.

Usually he would see his master in the evenings when they would talk by firelight on many subjects of the day like politics or the Colonies in the New World.

But then, as the evening grew late, his master would excuse himself, and Anton would not see him again until possibly the next night.

It was not uncommon for Anton to spend solitary hours walking about the mansion or the grounds taking in the sights and sounds around him.

The Duke had a large collection of artwork ranging from painting to sculptures.

And then there was the vast library that held books both ancient and new in several different languages.

It would not be
uncommon
for Anton to go several days without hearing or seeing the Duke.

But then there were the times when the elegant noble would suddenly appear next to Anton while he was studying or unexpectedly arrive astride one of his magnificent stallions to join Anton for his early evening ride on the grounds.

Anton loved the Duke and was grateful for all the advantages he was given; however, there was a thought in the back of his mind that something was off about him and about the estate.

Finally, one night Anton confronted the Duke about his strange behavior.

The Duke bluntly asked him, “Do you wish to inherit my estate someday, my son?”

They discussed a few other odds and ends when the Duke asked him, “Do you wish to be a part of my true bloodline and therefore live forever?”

It was a strange question.

Anton had always wondered about what it would be like to live forever.

When he was a suffering child, he sometimes dreamed longingly of death.

Now that he was an aristocrat, he couldn’t imagine leaving all of this behind.

Many years later, he would look back on his answer and to this day, he still believes he made the right choice.

“I want to live forever.”