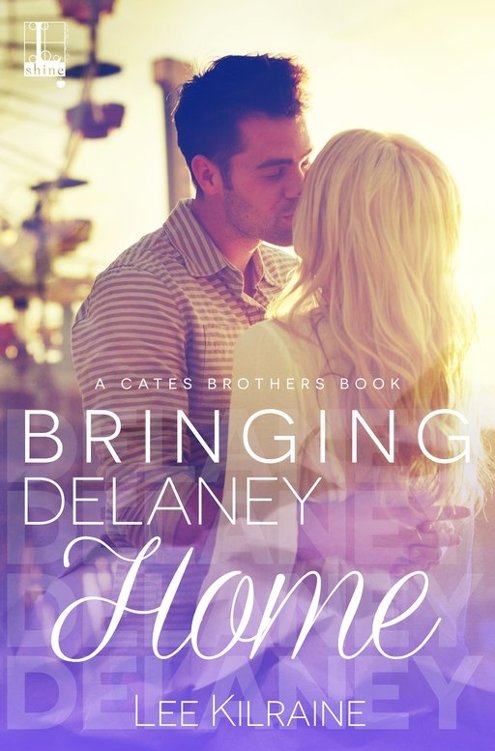 To my mom, the most amazing woman I’ve ever known. You taught me anything is possible. I miss your wisdom and your laughter, but count my blessings every day for winning the mom lottery.

To the women and men who protect our freedom and those who love and support them.

To my editor, Esi Sogah, for your enthusiasm, insight and guidance. Thank you.

To my agent, Laura Bradford, for your willingness to take a chance on me and Delaney, even though we both needed a bit of work. Thank you.

To all at Lyrical Press and Kensington Publishing whose talents and hard work helped make this debut author’s dreams come true. Thank you.

To my friends, family and critique partners who read and re-read various drafts. My thanks to Karen, Terri, Steph, Allie, Dani and Heath-erly Bell. Your time and feedback were invaluable.

Special thanks to my friend and CP, Jenn Hoopes. You know what you saved the world from. It’s an honor and a joy to take this writing journey alongside you. You, my friend, are awesome sauce.

To Fletcher, Allie, Dani and Kent. Thanks for letting me color outside the lines on this mama gig. You bring me joy. Now go find your own Happily Ever Afters, you knuckleheads.

And to Peter, the love of my life. For everything.

W
hen he’d woken up today, Quinn Cates had not had “kidnap his best friend’s sister” on his to-do list.

Greer said kidnap was too strong a word, but when he asked what she expected him to do if Delaney refused to come with him, she responded, “You’re a big guy. Just put her over your shoulder and carry her out.”

“Greer, that’s kidnapping in any cop’s book, which, go figure, my police department frowns on.”

“She’s in trouble, Quinn. I know it.” Greer ran a shaking hand through her hair. “Her doctor called me today to see if Delaney was with me. He said she’s lost ten pounds in the last two months and hasn’t shown up for physical therapy in over three weeks.”

Reaching out, Quinn steadied Greer’s hands in his. “Hey, I’ve talked to a lot of accident victims. Depression is not unusual during the aftermath.” He used his official cop voice, hoping to talk her down from her kidnapping plan. Hell, any plan that had him in close proximity to Delaney was a dangerous one. Wasn’t that why he had instigated the “Delaney-free” conversation rule with Greer five years ago? In order to get over Delaney, he’d had to go cold turkey.

“Quinn, I just got off the phone with her. She sounded like she’d been drinking—”

“Could Willy Wonka get his hands on some chocolate? They’re like Tic Tac candies in her life. She’s been on heavy narcotics for eight months.”

“Well, hell.” Quinn pinched the bridge of his nose, trying to ignore the survival instinct telling him “no” was the only sane answer. This was his best friend asking for help, and if Delaney was in trouble . . . “Okay, I’ll go check on her, even bring Delaney home if necessary, but, unless it’s worst case, I still can’t carry her out against her will.”

“Then use your dimples and that famous Cates charm.”

“Right. Because that worked so well before.”

“Good point. Tell her you arrested me and I need her to post bail.”

“
Nobody
would fall for that.”

“I’d arrest your sweet ass in a heartbeat.” Quinn grinned at Greer’s you-wouldn’t-dare expression. “But I’d bail you out . . . after you had few hours to cool off.”

“One time when we were in the third grade, you made me really mad. Delaney helped me write a list of sixty-eight ways to torture you.” Greer cocked a warning eyebrow in his direction. “I still have the list.”

“I’ve known you since kindergarten and I’m just now finding out you
and
your sister are crazy?”

“No, you’ve known it the whole time. It’s another thing you’re in denial about.” Greer turned all business now that he had signed on to her plan. She slapped an airline ticket to Washington, D.C. in his hand. “You can drive her back in her Jeep. Thank you, Quinn. I know this is the last thing you want to do, but—”

“I really appreciate this. If my backup at work hadn’t gone into labor last night, I’d go,” she said, giving him a tight hug. “I owe you one.”

Washington, D.C. streaked by at forty-five miles an hour. Quinn stared out the window, not seeing any of it. Greer’s plan was simple enough. Sure, he’d been stuck on Delaney in high school, but that was years ago. He’d moved on.

The taxi pulled up at the curb, and for a split second, he wanted it to keep driving. He had no problem helping out a friend. His problem was his gut was telling him it could get complicated. He didn’t do complicated. Not anymore. “It’s only as complicated as you make it.”

“It’s not that complicated,” the taxi driver said. “The fare’s twenty-seven dollars. Tell ya what, gimme an even thirty. See? No math. Not complicated at all.”

Quinn looked at the taxi driver as if seeing him for the first time. “Thanks for the ride,” he said, handing over the thirty dollars before climbing out of the cab. He looked up at the third-floor windows of Delaney’s apartment building.
So, don’t make it complicated. You moved on years ago. Go in. Help. Get out. Simple.
He walked over to the building’s entrance, punched in the entry code Greer had given him, and took the stairs up rather than wait for the elevator.

“Delaney?” Quinn called out as he opened the door to Delaney’s apartment. At first glance, the apartment looked vacant. But the key Greer had given him worked, so it had to be Delaney’s place. Metal blinds, lowered over a single window to block the light, dimmed the small living room. A few broken slats created spaces for the setting sun to force its way through. Dust motes floated in slow motion in the narrow sun rays.

A love seat, wingback chair, and coffee table, all various shades of brown, took up most of the space. There were no pictures on the walls, no knickknacks on the table or pillows on the couch. Beyond the living room, a bright fluorescent light shone behind a pass-through window. The apartment was quiet except for the hum of the light. He knew he needed to pull it together when the thought
Don’t go toward the light
flashed through his mind.

Greer’s a worrier. Delaney’s probably fine.
When was she
not
fine, even with everything she’d had to deal with growing up, right?
Keep it simple. Assess. Help. Get out.

“Delaney?” He walked toward the light until he stood in the kitchen doorway—where he found Delaney. She was sitting on the chipped and yellowed linoleum floor with her back against a kitchen cabinet. She wore a grey T-shirt and dark grey baggy sweatpants with the tips of neon-green running shoes peeking out. Huh. Kind of hard to assess the weight loss Greer had mentioned when she was wearing clothes that looked like Shaq could borrow them. She had scraped her honey-blond hair into a messy-looking bun and stabbed a silver teaspoon through it. Her face seemed to be all sharp cheekbones and big golden-brown eyes. Her delicate nose was red and running. The perfect ivory skin etched in his memory was today a mess of patchy blotches and tear tracks.

“Greer? You’re not Greer. Greer has much prettier hair. And you’re very . . .” Delaney tilted her head all the way back, looking up the long length of him until her head hit the cabinet behind her. “Ouch. . . big. What are you, about twelve feet tall?”

“Delaney, what are you doing?” Quinn stepped into the kitchen and did a quick visual inventory for pills and alcohol.

“I’m trying to stop the pain.”

Stepping around a collection of wineglasses and coffee cups on the floor, Quinn crouched next to her. He grabbed the prescription bottle beside her hip while trying to lift her face to check her pupils, but she batted his hand away.

“Delaney, these are . . . prescription vitamins? Is this what you took?” After he noted the bottle was full, his eyes did a quick scan of the countertops and small pine kitchen table for any more prescription bottles.

“Because, you know, I hurt. I still hurt so bad and it seems like it’s been forever.”

“Delaney!” Quinn reached out and turned her face to look into his. “Delaney Lyons, did you take any pain pills? Any narcotics?”

“Oh, hell, no. Those things mess you up. I stopped taking those weeks ago.” She tried to bat his hand away again.

Her pupils looked normal. “Is that all you took?”

“Nope. I had some wine.” She looked at the floor around her and counted the number of wineglasses. “It appears I’ve had six, six glasses of wine. Whoa. I sound like The Count.” Hiccup.

“Are you sure, Delaney?” The wineglasses were lined up in a row, as if she’d poured them all and then drunk her way down the line.

“No. Lemme count again. One, two—” She stopped counting to massage her left leg above the knee. Clenching her jaw tight, she released a low moan and looked up at the ceiling. “God, if it would just stop for an hour . . . five minutes even . . .” Delaney looked back at Quinn. “Is five freaking minutes too long to ask?”

Quinn looked at Delaney, very pale but still beautiful, and watched pain, anger, and then finally sadness chase each other across her face.

Final Encore by Scotty Cade
Writing from the Inside Out by Stephen Lloyd Webber
The Darkness of God: Book Three of the Shadow Warrior Trilogy by Chris Bunch
Seduction of Souls by Gauthier, Patricia
Game Changer (Hell's Saints Motorcycle Club) by Marinaro, Paula
All or Nothing by Ashley Elizabeth Ludwig
Lords of Finance: 1929, the Great Depression, and the Bankers Who Broke the World by Liaquat Ahamed
Nightfire! (The Corvette Nightfire Prequel) by Daniel Wetta
The Widow by Fiona Barton
SF in The City Anthology by Wilkinson, Joshua