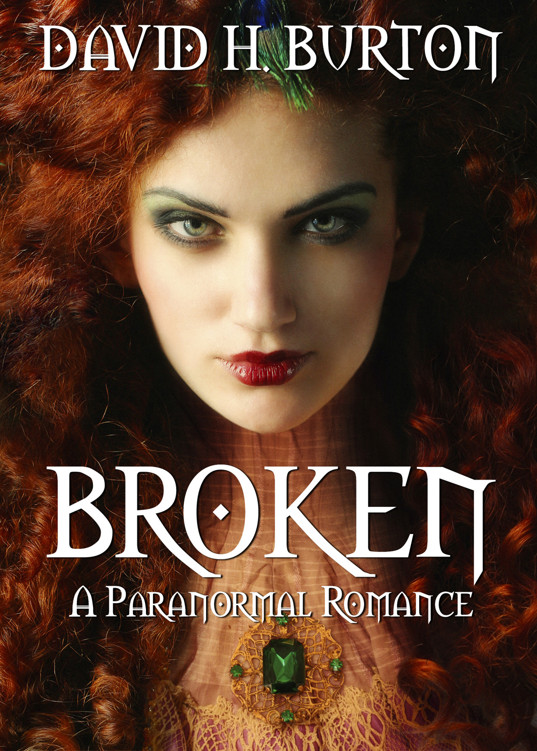 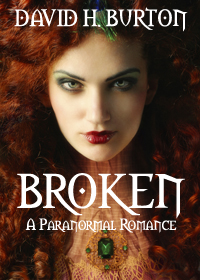 A letter came by registered mail.

It was from my mother.

Had she not been dead for three months, it might have seemed
less odd.

The return address was
care of
the lawyer she had
chosen to settle her affairs, but there was no mistaking the
handwriting. The circular perfection of the “o” in Joan
Gregory was unmistakable.

I signed for the letter and thanked the courier, sending him on
his way even though he lingered in the doorway. I don’t know
if he was looking for a tip or waiting for me to play with his, but
either way it wasn’t happening. I closed the door, perhaps a
little too eagerly, and jiggled the envelope. Something slid around
inside.

It wasn’t like my mother to send something so late. The woman
had conducted her affairs like she had everything else in life
— calculated, efficient. I wasn’t sure what she could
be sending so long after her passing. More than likely it had
gotten lost in the lawyer’s office, and they’d just
remembered to send it now.

I plunked myself on the futon. The frame moaned a little —
its time with me as a university student had not been kind.

As I hacked open the envelope a key dropped to the parquet
floor. A crisp letter awaited me, its message blunt.

The key is to open a safety deposit box. The branch address and
contact information is attached as well as the necessary legal
papers granting you access. You will want to open it before your
twenty-fourth birthday.

I tried not to roll my eyes at the fact she had formally signed
the letter instead of the usual, ‘Your Mother’.

A sigh escaped my lips. My twenty-fourth birthday was three days
away. So it seemed her timing was impeccable.

I sat for a moment, looking over the letter. Dancing around the
back of my mind was the thought that this might be karma. Not the
good kind either.

The woman had left me nothing. Everything had been bequeathed to
my brother, Geoffrey, with the exception of some shack in England.
And that was only left to me because it was always handed down to
the eldest child.

I wish I could say that Geoff had shared some of his inheritance
with me, but he’d kept it all. My mother had managed to
successfully drive a wedge between my brother and me growing up
— to the point that we rarely spoke now.

I didn’t mourn her passing.

I suppose that’s where the karma was coming back to bite
me.

I lay back on the sofa, stuffing a ratty throw pillow under my
head.

What the hell would she leave me in a box?

As I pondered what plan the woman could have concocted, I caught
movement out of the corner of my eye. I whipped my head in its
direction. All I saw was the plant — a wilting ficus. The
glance was instinctual — like when you think
something’s there; like when you feel something is watching
you; or worse, like when you’re convinced you saw a figure in
the shadows, but you turn and it’s not there.

Most people can brush it off.

I waited. For what exactly, I wasn’t sure, but I suppose I
was expecting to catch sight of something that wasn’t really
there. The pause had to have been nothing more than half a second,
but it’d felt like ten. At the end of that seemingly prolonged
moment I made a beeline for the kitchen. I tore through the
cupboards searching for where I’d left my meds.

Beside the cans of ravioli, the empty bottle waited.

Trifluoperazine — it was the only thing that helped.

The notion something was always looking over my shoulder had
gotten worse lately. Hallucinations, the doctor had said.
They’d become more frequent since my roommate’s brother
had brought that blasted plant.

It seemed odd I would blame a plant, but leafy greenness and I
were not friends. Plants put me on edge. I was trying to let the
thing die while Natalie was on vacation. I figured she’d be a
little disappointed when she returned, but so be it. I
couldn’t have a plant in here.

I had another look at the ficus.

Fortunately, there was nothing there. At its foot lay three dead
leaves. I left them.

At that point the phone rang.

Although it startled me, I was relieved to be
jerked back to reality. I shook my head, and tried to settle my
nerves with a deep breath. Then I grabbed the cordless.

Coincidentally, it was Chris — the guy who’d brought the
plant.

I hate coincidences. I almost didn’t answer, but he was a
friend. And I tend not to think as clearly as I should around cute
men with broad shoulders.

“Hello?” I managed to choke into the receiver.

“Hi, Katherine?” said the voice on the other end of
the line. His voice was like warm sugar.

“Oh, did she call you? Does she need something?”

“Did I miss practice?” We played rugby together and
I was pretty good about making practice regularly. But lately, my
mind wasn’t where it should be. Again, I blamed the
plant.

“No,” he said. There was an awkward silence.
“Um, I was just wondering if you wanted to go for coffee or
something. With Natalie gone, I thought you might want some
company.”

Now, there was a surprise.

It wasn’t the first time Natalie had disappeared for a
prolonged period. In fact, she was rarely ever around. When she’d
answered the ad for a female roommate, I never thought I’d
have it so good. She paid her half of the rent and was almost never
here.

I wasn’t sure what her brother's motives were, but something
seemed a little odd.

Chris was way out of my league.

I play rugby and field hockey, so I’m not all that thin.
My curly hair makes me look like Medusa on good days, and like
I’d stuck my finger in a socket on the rest. I don’t
generally wear makeup and I dress in what I like to call
comfortable
clothing. I don’t do demure and quiet. And
I’m pretty sure I reek of man-repellent.

That said, I did need some company.

Besides, getting away from
that plant in the corner wouldn’t hurt either.

There was a knock at the door.

My breath got stuck in my throat.

Please don’t let that be him
.

I walked to answer it, curious if it was him, but hoping it
wasn’t. It was a bit stalker-ish for my liking, even if he
was
cute.

As I approached the door the ficus was calling my attention
again. Like a magnet, it drew my eyes towards it.

I nearly choked at what was there. I blinked, hoping it was just
a reflection or trick of the light. Unfortunately, it was no
use.

Standing by the tree was a hairy, little green man with
enormously large hands.

I cursed myself for not having refilled my meds.

Not a good time for a mental breakdown, Katherine. Pull it
together.

Chris cleared his throat on the other end of the phone, waiting
for me to answer his question. The knock on the door got heavier.
And the little man was motioning me towards him.

I’m usually pretty good about picking my priorities, even
under pressure. The first thing I needed to do was deal with Chris.
It was only seconds I’d left him hanging there, but it couldn’t have been making much of an impression.

I figured I would accomplish two things by putting him off until
later. First, it allowed me to deal with whoever was hammering on
my door. Second, it bought me some needed time to address the
little problem that was perched under the ficus.

There was hesitation on the other end of the phone before Chris
finally said, “Yeah, that sounds fine. Casey’s
okay?”

The pounding on the door got more insistent.

“No, Woody’s has better pool tables.”

I hung up, a little too quickly.

Next was the door.

I looked through the peephole.

It was my brother, Geoff. I was sort of glad it was him.
Surprised, but glad.

I lied, but the knocking stopped which bought me a moment.

The last problem was a conundrum. My psychiatrist said I
shouldn’t entertain whatever fanciful creations my
imagination could conjure. He advised me to take my meds and then
imagine whatever I was seeing to disappear.

I was operating sans meds here, and I couldn’t just scream
at it to go away since Geoff was on the other side of the door.
He’d heard enough of my raving lunacy as a kid. He
didn’t need to relive that all over. I tried to make shooing
motions with my hands, hoping that what I was seeing would take the
hint that it wasn’t wanted.

I even shook my head a couple of times as if rattling my brain
around in my skull might help.

That didn’t work either.

The little man became more insistent and then pointed to
something at the base of the plant with his meaty fingers. I had to
step closer to see it. A lot closer.

I was about two feet away when I noticed what was resting there
— an earring. An earring with an emerald.

The little man said nothing, but motioned for me to take it.

The earring was my own, one I’d had since I was a
teenager. How it got there was a mystery, but I picked it up,
avoiding the little man. If I touched him and found he actually had
substance, I’d go mental.

He’s just a figment of your imagination, Katherine.

I backed away from the plant and slipped the earring in my
pocket.

Then I made for the door.

A quick check in the mirror revealed I was a little paler than
usual, but otherwise my appearance was acceptable. I took one last
glance at the ficus and sighed. Little, naked green guy was
gone.

I yanked open the door.

Geoff stood there with a laundry basket filled with some of my
old clothes.

“I thought you weren’t going to let me in,” he
said. He ducked to enter, his hair brushing the doorframe. He was a
good head taller than me. “Thought maybe you had
company.”

I smiled as I closed the door behind him. “Uh,
no.”

He dropped the basket on the floor. “I was downtown and
thought I’d drop by with some of your things.”

Geoff still lived in our old house on the outskirts of the
city.

“And what’s the name of the man that has you
downtown on a Saturday morning?” I asked. It was as close to
playful banter as I was going to get with him. I chose to ignore
the fact he had treated my things so callously.