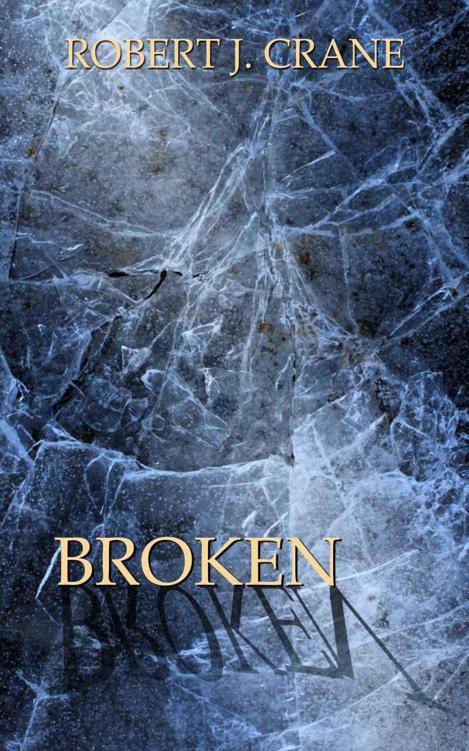 The Girl in the Box

THE GIRL IN THE BOX, BOOK SIX

When I awoke, it was sunny in the room, bright, blissfully so. There was a smell of pancakes wafting in the air, the sweet, lovely flavor of the griddle filling my nose and my taste buds, as though the syrup were already waiting for me out in the kitchen. I let out a sigh of contentment, and gave a slow stretch—from top to bottom, one of those stretches that starts in the shoulders and expands in both directions to the tips of my fingers and all the way down to every toe. I felt lazy, satisfied, and I couldn’t quite place my finger on the reason why I felt so content until I heard him sigh next to me.

“
Good morning,” I said, giving him a kiss. Not even a taste of morning breath came from him, even when I parted his lips and went for some tongue. I felt adventurous and the sleepy drowse that still enveloped me couldn’t hide the stir of other cravings besides the ones in my stomach. His hair felt luxurious as I ran my fingers through it.

“
Morning,” he replied, his voice reassuring for reasons that escaped my immediate grasp. Zack. My rock. My first love. His dirty-blond hair wasn’t mussed by the bed at all; at least no more than it was on a daily basis. “Sleep well?” His coffee-brown eyes stared back into mine and there was just a moment’s hint of something disturbing, but it passed, something between a memory and a nightmare.

“
Yes,” I somehow found the answer, even though I wasn’t sure. The smell of pancakes was still heavy in the air, and my eyes adjusted as I took in the room around me. It was my room, in the house where I’d grown up. There was a memory of something else, but I couldn’t quite land on it. I shuffled my gaze from the old, worn, almost orange-stained dresser covering one wall to the little stand that sat next to the door. My bed was in the corner, pushed up against the wall. “I don’t even remember dreaming.”

“
That’s good, right?” He rolled to get out of bed, naked, and I watched. He shot a backward look. “It’s impolite to stare.”

“
Though fairly common nowadays,” I teased as he knelt to fish through a pile of clothes. I rolled over and grasped at the curtains, pulling them back to take a look. There was a flash of snow before I blinked the brightness out of my eyes, and saw the green grass outside through the clear window. I thought I remembered there being an armoire in front of this window, not a bed. It was almost a memory I could grasp, but after a moment it seemed far away and insignificant, totally unimportant now. I turned to look back at the naked man who had been rooting around for clothes on my floor to find him fully dressed now, staring back at me with empty eyes. “Hey,” I said. He did not respond. “Hello?” I waved a hand in front of him. “Hey.”

“‘
Hey’ yourself,” came a voice from the door, and I looked around Zack to see my mother standing in the doorframe. “Your breakfast is getting cold.”

“
Smartass,” she said with a roll of the eyes. “I made pancakes and ramen noodles.”

As I passed through the door, the world opened up around me, and I was in a bright place, with glass all around, stretching up two-story walls to a higher level above us. I looked at the table. It was the only thing in focus; everything else was hazy, but familiar. “Come on,” Mom said, gesturing to a plate at the table. “Meatloaf and coffee.”

“
But I don’t like …” The smell of pancakes was gone, but my stomach still rumbled at the new aroma, though there was something vaguely abhorrent about it.

“
Come on,” Mother said again, “your friends are all waiting.” She motioned at my chair, and for the first time I realized that there were others around the table with her. I took a tentative step forward and found myself in the seat, my meal staring up at me, all brown and somehow both appealing and unappealing at the same time.

“
You don’t like what I’ve made for you,” Mother’s voice rang out, and I looked up to see her face twist with scorn. “You really are an ungrateful child, you know. Eat what you’re given, then ask for more. That’s what you do when you’re being polite.”

“
Yes, Mother,” I said, and there was a fork in my hand. I looked to my left and saw Reed, my brother—half-brother, anyway—his dark hair around his shoulders, his suit an odd, glowing white. “Aren’t you going to eat anything?” I asked him.

“
Nothing for me, thanks,” Reed said, and I saw a glass of water appear in his hand as he sipped it coolly. “I only eat Italian food lately.”

“
I’ll eat whatever I can get,” came a voice from next to him. I leaned forward and saw a shock of blond hair as Kat Forrest leaned forward so I could see her. Her green eyes glistened with an almost malicious light. “Older is better, though.”

“
Yeah, I end up saying stuff out loud that I shouldn’t, too,” came the voice from next to her. My eyes followed along the edge of the table, and another face came into focus, darker complexioned, with curly, dirty-blond locks. “Gets me into trouble sometimes.”

“
I can’t imagine how that could possibly happen,” Reed chimed in, sipping his water.

“
Me either,” Scott replied from his place next to Kat. His complexion looked washed out and he was perspiring so heavily I could see the water drip down his face. “I keep on doing it, though.”

“
Freud would say you’re simply manifesting thoughts of the sort you would like to see spoken aloud,” came the voice of the man seated between Scott and my mother. His dark skin was strangely muted in the bright light of the glass room around us, the painful sunlight blotting out much of the detail. “In doing so, you’re giving your subconscious a chance to express its desires.”

“
Huh,” Scott said, at rapt attention. “What do you think my subconscious is saying?”

“
That is an excellent question,” Dr. Zollers said, with a coffee mug in his hand, his eyes on mine as he answered. “If I were Freud, I’d tell you that it probably means that you want to kill your father and take your mother as your wife.”

There was the screech of chair legs skidding against the floor as Scott stood up. “I don’t have to take this from you,” he said, his face twisted in outrage. A moment later his face went slack, any sign that he was upset disappearing as though it had never been there. “I guess I better get to work on that if I want to be married by fall, huh?”

“
Attaboy,” Reed said, taking another slow sip of water. “Keep living up to everyone’s expectations of you. That’s the way to do it.”

Zollers hid his expression behind his coffee cup, but I caught the hint of an eyeroll.

“
Your friends are lovely, dear,” my mother said, focusing on the plate in front of her. She took a bite of pancakes heavy with maple syrup, and I could almost taste it over the chorus of meatloaf clashing with bitter, strong coffee that had no sweetness whatsoever. “I wish I’d had a chance to meet them all.”

“
The big one,” she replied, the pancakes gone from in front of her. She had a sword laying before her now. “You know, Erich. Winter.” She paused. “The one who … well, you know. Him.”

I frowned, and something prickled at the back of my mind. The bright light around us dimmed, then disappeared. I looked around the table in a rush; to my left, Reed had vanished and so had Kat and Scott. I blinked at mom, who still sat there. “Where did everybody go?”

“
You always have been,” my mother’s voice came in a chilling reply as the room darkened further.

“
What do you think?” I cocked my head and looked to Dr. Zollers, who remained across from me, his coffee in his hand, coolly watching me.

“
I think it’s a dream, Sienna,” he said, and his features were not nearly as blurry as the others.

He pursed his lips and looked to the side, and there was a metric ton of regret waiting when he looked back at me. “I think you’re going to be awake very, very soon, and that when you do, you’ll find more than your share of troubles waiting for you, as usual. I think that you’ve passed the point of retreat, and that you’re going to have to deal with all of it now, every single thing you’ve been putting off. For that I’m sorry.” His mouth became a thin line, a grimace, and he looked down. “And even sorrier that you have to do it alone—but unfortunately, I can’t stay any longer—”

I blinked and he was gone, and it was just my mother and I, with the sword between us. “I told you that you weren’t ready,” she said with a shrug. “I told you he was using you like a puppet.”

The light came back, outside the glass, faint, and I could see snow on the ground, as far as the horizon. It was a painfully gray day from the sky above to the horizon line, clouds covering every inch of sky. “You know.” My mother gestured to the world outside the glass walls. Flurries came down from above and the glass turned white with a sudden, icy accumulation. I heard the windows freeze and crack, straining like the time last year I had walked on the frozen surface of a pond after it had started to melt—

“
Winter.” She brought her gaze back to me. “I’m sorry I couldn’t meet all your friends.” She looked to my right, stared with a finger in her mouth for a moment, then leaned in closer to me. “That one doesn’t seem quite right, daughter of mine. Are you sure he’s … well?”

I turned, slowly, to Zack, who was still sitting next to me. He was staring blankly ahead, his tanned face white, white as though the snows had covered him. His pupils were unmoving, and the light was out of the coffee-brown eyes. I looked down into the mug in my hand and it was in there, the same color his eyes had once been, but when I looked back his were shut, and the table was gone, and I was sitting, my knees around my chin. It was a field, and snow was coming down around me, and Zack lay, eyes open, stretched out over the cold ground—