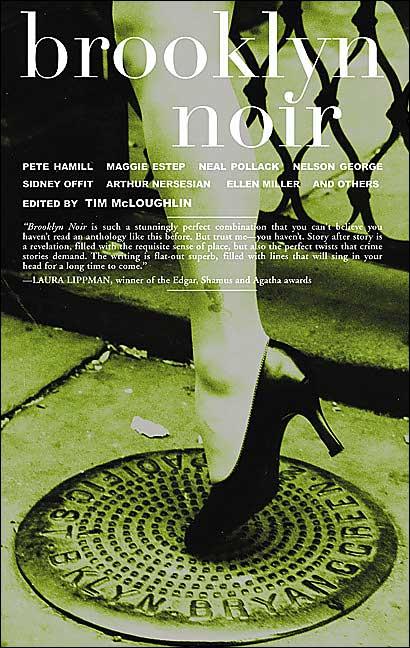 Brooklyn Noir moves from Coney Island to Bedford-Stuyvesant to Bay Ridge to Red Hook to Bushwick to Sheepshead Bay to Park Slope and far deeper, into the heart of Brooklyn’s historical and criminal largesse, with all of its dark splendor. Each contributor presents a brand-new story set in a distinct neighborhood.

This award-winning anthology mixes masters of genre with the best of New York’s literary fiction community—and, of course, leaving room for new blood. These brilliant and chilling stories see crime striking in communities of Russians, Jamaicans, Puerto Ricans, Italians, Irish, and many other ethnicities—in one of the most diverse urban locations on the planet. 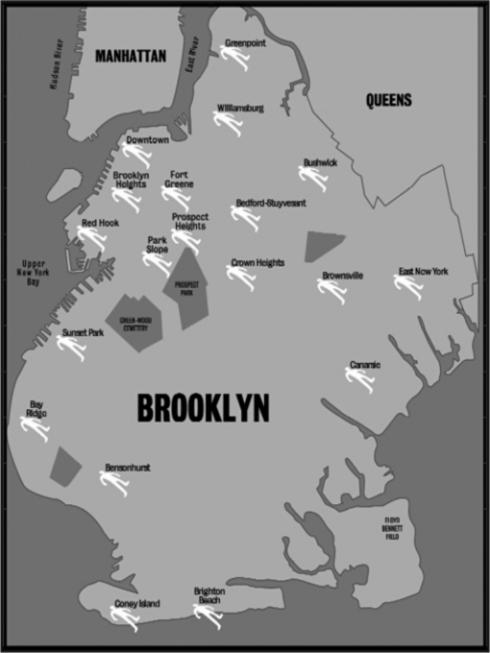 “Dere’s no guy livin’ dat knows Brooklyn t’roo an’ t’roo, because it’d take a guy a lifetime just to find his way aroun’ duh f——town.”
—from “Only the Dead Know Brooklyn” by Thomas Wolfe

I recently received a phone call from one of my father’s old friends. He’s an interesting man who has led a dangerous life, and since my father’s death I only hear from him every year or two. He was calling to tell me that his kid brother’s daughter, fourteen years old, had gone missing. Thankfully, he called again the next day to say she’d been found safe at a friend’s house. It had merely been a case of teenage angst acted out by briefly running away. I expressed my relief, and told him I’d take down the homemade flyers I’d posted. We talked for another few minutes, then signed off.

He is six-feet four-inches tall, and is a pretty formidable guy still, at age sixty-three, with a face full of scar tissue and a triple bypass behind him.
You know I love you.
I thought about the fact that the only men I’ve known, other than my father, who are comfortable telling me that they love me, are also men capable of extreme violence. Is it a personality trait? Are these men just so much more emotional that they are capable of greater feeling? Love and hate, compassion and violence.

No. It’s a code; an example of the language of inclusion. It has been used to the point of tedium in novels and films depicting organized crime families, but in the real world, membership in social alliances forged in the street can be between two people or twenty. And can stand for generations or dissolve the same evening. But the first thing that will emerge in such associations is a commonality of language, or pattern of speech, that suggests acceptance and loyalty, even if the individuals are from vastly different backgrounds.

The communities across Brooklyn depicted in this book are for the most part not representative of the popular image of the borough today. Most stories from Brooklyn don’t focus on places like Canarsie, as Ellen Miller’s moody, disturbing tale does, or East New York, as in Maggie Estep’s clever, evocative story. And when the places are familiar, the enclave within often isn’t. The Park Slope of Pete Hamill’s “The Book Signing” is not a latte-drenched smoke-free zone celebrating its latest grassroots civic victory over some perceived evil, but the neighborhood of those left behind—the handful of old-timers living over the stores on Seventh Avenue and in the few remaining rent-controlled apartments, having to walk further every day to find a real bar or grocery store. The Williamsburg of Pearl Abraham isn’t the hipster hang, but the Hasidic stronghold. What these underground communities share, though, and these writers capture brilliantly, is the language.

With the exception of a few characters, like Arthur Nersesian’s predatory protagonist, all of the actors in these pieces belong to some sort of community, and it is their membership that defines, and saves or dooms them.

Some of these neighborhoods overlap and some are from opposite ends of the borough, and it doesn’t mean a thing in terms of language. Two or three of these stories could take place within a half-dozen blocks of each other, and the players would barely know where they were if their places were shifted. Ken Bruen’s “Fade to… Brooklyn” is actually set in Ireland, and though I know a number of people who consider Ireland just another part of the neighborhood, I like to think of it as our virtual Brooklyn story.

The tales presented here are as diverse as the borough itself, from the over-the-top violent world of gangster rap, to a Damon Runyonesque crew of hardboiled old men. There are sexual predators, dirty cops, killers, and a horse thief. So the stories are different, but as I read them again, preparing to let this book go—reluctantly, because I don’t want it to end—I’m also struck by the way that they are similar. And that is in the most important way; because as any scholar sitting at the bar in a Flatbush gin mill knows, it’s about telling a good story. It is my privilege to share ours with you.