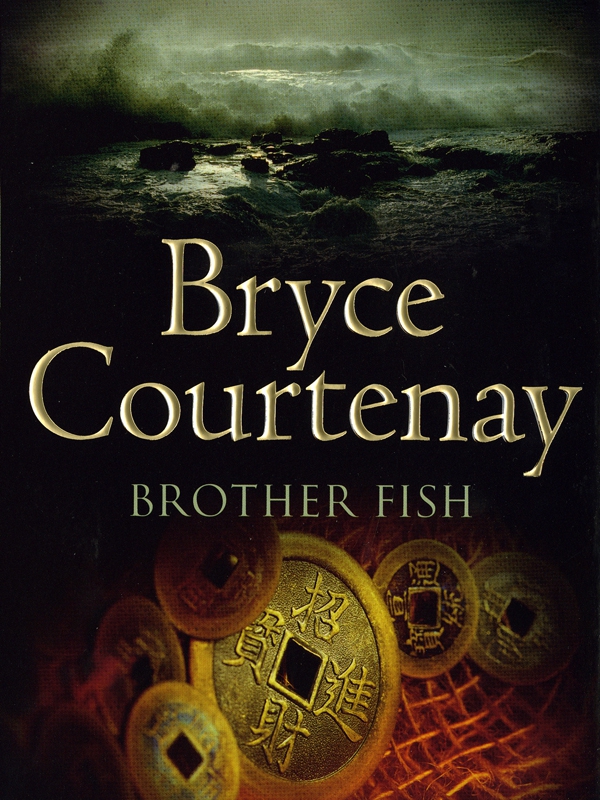 First published in Canada in 2005 by

All rights reserved. Without limiting the rights under copyright reserved above, no part of this publication may be reproduced, stored in or introduced into a retrieval system, or transmitted, in any prior written permission of both the copyright owner and the above publisher of this book.

Also, all the veterans of the Korean War 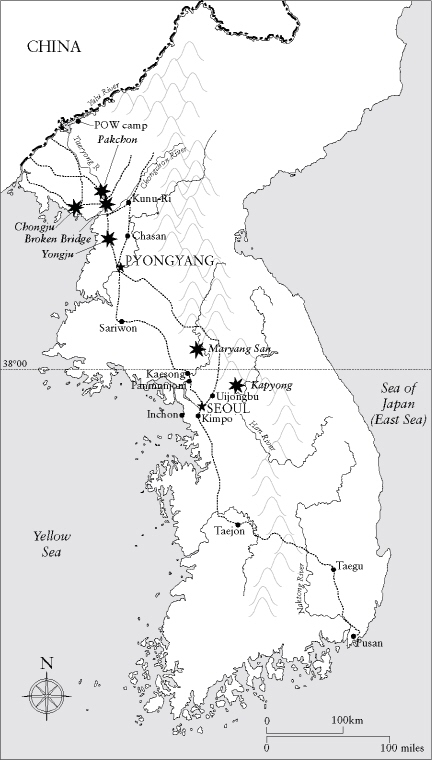 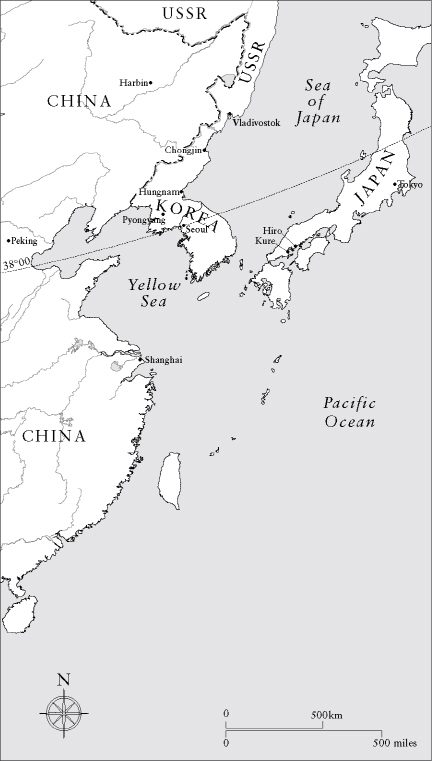 I'm standing at the Gallipoli Bar waiting to meet Jimmy Oldcorn in the Anzac Hotel in Launceston. Jimmy and I meet in this particular pub on the 9th of August every year regardless of where we happen to be in the world. It is a tradition that goes back a long, long way to a cold and bitter war most Australians have forgotten. Thirty-four years ago I invited Jimmy home with me from Korea â for he was a Yank with no place in his native country he could remember with sufficient affection to wish to return.

Jimmy and I had been taken prisoners of war and had spent almost two years in various establishments initially under the North Koreans, and subsequently the Chinese. We'd both been wounded, though not in the same battle, and each had a leg badly broken when we'd been captured. Even the best part of two years into captivity, with the bones knitted, our bad legs still gave us a fair amount of pain. Close to the time of the cease-fire and armistice, we'd been released in a prisoner-of-war exchange with the Chinese and were subsequently taken to US 121 Medical Evacuation Hospital in Seoul for assessment of our injuries. Here they gave us the good news and the bad news. The bad was that, in both our cases, they would need to break the crookedly knitted leg and reset it. The good news, for me anyway, was that the comfort bag the Red Cross gave me included a large bar of chocolate.

Compared to the bad, the good news must sound pretty trivial. But it just goes to show, even in extremely emotional moments, life often comes down to trivial things. This simple gift of chocolate was a symbol of great importance to me. Asians don't eat chocolate â it is not a taste they've acquired. On the other hand, for a poor Australian kid growing up in the Great Depression and the lean years that immediately followed, chocolate was the ultimate luxury. As a prisoner of war it had come to represent all that was good about our way of life. When the pain and the beatings became really bad I'd dream of tasting chocolate just one more time before I died, although I knew the likelihood of this happening was extremely remote. A prisoner of war with a broken leg and multiple wounds had virtually no chance of surviving the primitive conditions of a North Korean field hospital. When we did survive the various field hospitals, the POW camp that followed promised to finish us off. Now, almost miraculously, we'd made it! Here I was, the personal possessor of a bar of milk chocolate and safely ensconced in a military hospital bed, a fair-dinkum bed with springs that squeaked, all sixty-five pounds of skin and bone concealed beneath crispy white sheets.

With trembling hands I tore away the top quarter of the outer wrapper, peeled the silver foil from a corner of the chocolate bar then carefully broke off an individual square. Then, postponing the grand moment when it would contact my tongue so as to better anticipate the experience, I examined the brand name pressed into the tiny portion. Its calligraphy, so precise and assured, belonged to a world where sanity and order always prevailed. At last the warmth from my finger and thumb began to transfer into the tiny square and it started to soften, so I placed the chocolate in my mouth, closing my eyes to savour its exquisite creaminess. The initial flavour was everything I'd dreamed about. Then, after a few seconds the richness hit my stomach. It was as if I had been punched in the solar plexus, causing me to double over in the bed so that my head slammed against my knees. This was followed by an irrepressible surge which rose from my lower regions and threw me backwards. I started to retch when, just as suddenly, my torso was hurled forward, sending a spray of watery vomit over the snowy sheets. The unfamiliar chocolate had been too much for a stomach accustomed to a diet of boiled millet and thin rice gruel. I had come full circle, back to an experience that began on the night I was taken prisoner by the North Koreans.

On the night of my capture I had been dragged unconscious from the snow into a partially demolished hut. I awoke in great pain, and pleaded with my captors to fashion some sort of splint to support my shattered leg. While they nodded their heads acknowledging that they could see my leg was broken, they seemed unconcerned. They spoke no English and seemed more interested in going through my pack than attending to my condition. Soon enough one of them came across a small bar of army-issue chocolate, and after removing the wrapper seemed not to know what to do next. Thinking it might be a good way to ingratiate myself I attempted a smile and indicated, by bringing my fingers to my mouth and making a chewing then swallowing motion, that he should eat it. The soldier broke off a square and placed it into his mouth. Instead of allowing the chocolate to melt on his tongue, he did as I had indicated and chewed, then immediately swallowed. I waited for the look of delight to cross his face. To the enormous amusement of the others, his face screwed into a grimace of disgust and he began to spit furiously. Bent double and clutching his stomach he started to heave, and then vomited over his canvas boots. His comrades, delighted at the practical joke I'd played on him, were convulsed with laughter, congratulating me with their looks and smiles. When the soldier finally recovered, I could see he was furious. I had caused him to lose face in front of his mates. He advanced on me and, without warning, snatched up his rifle and smashed the butt into the side of my jaw, breaking several teeth. I had just discovered the hard way that chocolate wasn't an Asian thing.

From the Evacuation Hospital in Seoul, after the briefest of goodbyes, Jimmy was evacuated to the Tokyo Army Hospital while I was to go to the British Commonwealth Hospital in Kure, the port we'd departed from when we'd first embarked for Korea.

At Iwakuni Airport the Red Cross had put on a posh meal for the Commonwealth prisoners before we were to board an ambulance train to the military hospital. As demonstrated by the chocolate episode, my stomach wasn't yet ready for such a generous gesture. All I could eat was a couple of forkfuls of vegies, using my paper napkin to wipe the glaze of butter off the baby carrots, although, as a special treat, I took a chance with two dessertspoons of mixed-fruit jelly. Yet, despite not having the stomach for the meal, to this day I remember the entire menu. This first Western meal I'd encountered in two years gave me additional assurance that I was back in safe hands. In my imagination I ate every scrap, slowly, savouring every morsel.

I also recall thinking that roast chicken was something you only got at Christmas, and just for a moment my mind, which had long since given up counting days and months and only recognised seasons, became confused, and I thought
this must be Christmas Day
, the only day of the year almost every Australian tasted roast chicken.

A Seaside Affair by Fern Britton
Recourse (The Arrangement) by Silva, Amy
Sweetheart in High Heels by Gemma Halliday
Sensuous Summoning by Green, Bronwyn
Beauty for Ashes by Grace Livingston Hill
Claws of the Cat by Susan Spann
Ashes of Twilight by Tayler, Kassy
The Stone Leopard by Colin Forbes
Meadowlarks by Christine, Ashley
Revival's Golden Key by Ray Comfort