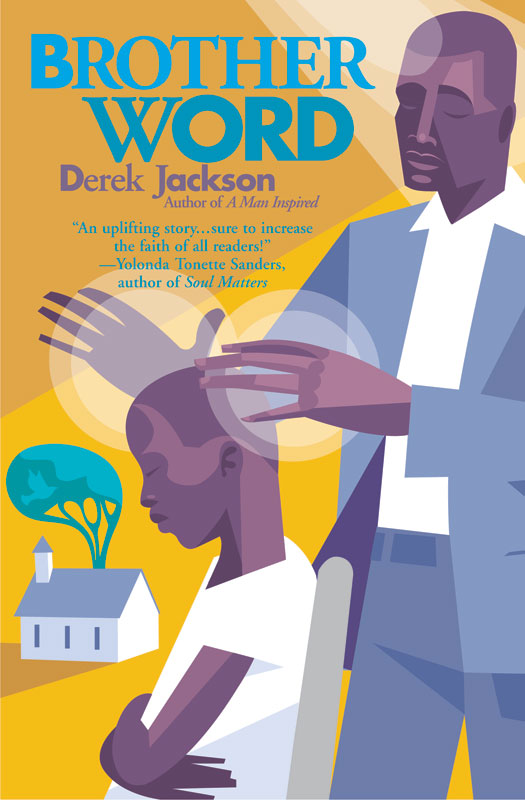 The brook’s slow-moving current produced a calming effect on Chance as he skipped tiny pebbles across the water’s surface. The tip of the sun peeking over the pine trees was a beautiful sight . . . though it also brought back many memories. He used to come to this secluded spot with his wife, where they would sit and hold each other, watching the sun rise over the horizon . . .

The nagging theme of purpose weighed on his mind heavily . . . So many families and lives changed. So many churches who now prayed for their sick and shut-in members not merely as a formality, but with a fervent faith, that
believed
God could heal them. All because he had stopped by their church and prayed over someone with an impossible-seeming condition. But now, the past few days had produced too much pain.

“This story taps into God’s unlimited power and . . . stresses the importance of believing that God, in His sovereignty, can do what is naturally impossible.”

To my Lord and Savior, Jesus Christ—thank you for another opportunity to shine for You.

To my parents, Doris and Nokomis Jackson Jr.—your support and encouragement have been amazing. My writing is a testament to how you raised me.

To Denise Stinson—thank you for always keeping me on my literary and spiritual “toes.”

To Marina Woods, as always, this may have never happened without you—I’ll never forget that.

To Peggy Hicks and the great team at TriCom Publicity—thank you for your tireless efforts.

To all the wonderful people at Warner Books, and in particular Frances Jalet-Miller and Mari Okuda—thank you for helping me “shine” on all the pages!

Dr. Courtney Walker—a true brother and encourager. Thank you for sharpening me like iron sharpens iron.

Rev. Maceo Smedley—I cherish your friendship. God is doing great things through you.

Bishop Shelton Bady and Sis. Kim Bady—thank you for speaking words of life to me.

To W. G. Daniels and the Pilgrim Valley family—I’m grateful for the foundation you gave me.

To my big sis, Stacy Pryor—thank you for the encouragement and for keeping me sane!

To Salem Baptist Church of Chicago—“the greatest church in the world!” Thank you for the support and incredible ministry experience.

Ivy McGregor and YVI Enterprises—your encouragement has been such a blessing.

To Debra Aboagye and CorZone Marketing Solutions—thank you for marketing me across the World Wide Web.

To Alicia Johnson, for opening so many doors for me!

To Sharen Watson, Linda Kozar, and the Words for the Journey group—thank you for continually reminding me what this journey is all about.

To Frank Peretti and Ted Dekker—just because.

To the May and Jackson families, for your support and prayers.

And last, but in my heart you all are first, to the readers and everyone who has supported me from day one—thank you!

I
T’S CRAZY WE SHOULD BE
so in love with each other.” Nina snuggled even closer to her husband in the bed. “We’re so different, you know?”

“Why is that crazy? Opposites attract, right? Our differences are what make us right for each other.” He took her hand in his, gently caressing the wedding ring he’d placed on her finger just twenty-four hours earlier. “Did you know I had my eye on you ever since the eighth grade?”

Nina laughed. “How could I not—I could practically
feel
those eyes staring at me, since you always sat behind me.”

“Your last name was Harris. Mine was Howard. The teachers always sat everyone in alphabetical order for homeroom—I thanked God every single day for that blessing.”

“I bet. Still, we never really talked until Spring Break of our senior year. If you were interested in me all that time, why didn’t you ever tell me?”

He shrugged as he now rubbed the wedding ring on his own finger. “Because I’m not like you, remember? I wasn’t able to speak my mind as freely as you did . . . as freely as you
still
do. Getting rejected by you would have been too hard for me to deal with.”

“God, it feels so good to hear you say that. And now that you have me, was it worth the wait?”

Nina smiled and traced her finger down his chest. “Lord knows it was.”

H
E SAT IN THE FOURTH ROW,
in the seat nearest the aisle. With a faint sigh, he propped his right arm on the edge of the pew, resting his head on his thumb and forefinger. Slowly, almost lazily, he moved his long finger lying just under the bridge of his nose up and down, stroking the three-day-old stubble covering the jut of his chin. Though he was only in his late twenties, his skin was already creased with the wrinkles of a man approaching middle age. His eyelids opened and closed wearily, like someone battling the first stages of sleep, but true sleep—the deep, restful sleep that complements a satisfied, peaceful life—had eluded him over the last few years. Such rest had become foreign to him; indeed, it was a luxury he had forgotten he’d ever enjoyed. At any rate, he was not the least bit tired at the moment. How could he be? His present surroundings could only be described as . . .
electric
. On this morning, as was the case every Sunday morning, the devoted, Spirit-filled congregants of Hope Springs Church were actively participating in their pastor’s call-and-response sermon.

“God is getting His house in order, church!” Pastor Smallwood chortled, gripping his handheld microphone with both hands and seemingly holding on for dear life. “This ain’t the time for playing games! We gonna have to be ready to board that train for glo-ory! All aboard now, come on!”

“We’re ready, Pastor!” a member in the front row exclaimed. “We’re right behind ya!”

The man in the fourth row watched the exchange with a slightly bemused look on his face. This particular member had been shouting just as loud, if not louder even, than Pastor Smallwood all morning.

Pastor T. R. Smallwood was now in the last stages of his forty-minute, hair-raising, suit-sweating, glory-packed sermon. Every Sunday, it was exactly forty minutes, the ending always punctuated by either taking Jesus from the cross to resurrection or by cajoling his members to board the train bound for glory.

Brother Sanderson, the minister of music, leaned forward on his seat at the Hammond B-3 organ and played a B-flat chord. The well-timed musical assistance added fuel to Smallwood’s fire and the revved-up preacher retrieved a handkerchief from inside his suit pocket and mopped the sweat running down his face.

“Oh, I see those precious pearly gates now!” he crooned, his voice perfectly in tune with the octave of the organ’s previous note. “We’re about to enter the glory!”

At sixty-one years of age, the seasoned country pastor still thought himself in decent shape, and as the music intensified in volume he began energetically swaying back and forth. Then, with a reverential glance outward at his small but devoted congregation, he immediately drew strength from the signs of how the church’s faith was growing.

In the front row, Brother Jefferson Embry stood with his hands lifted above his head and tears coursing down his face, a complete transformation from the foulmouthed, drunken wreck of a man who’d first stumbled through Hope Springs’s doors three years earlier. Smallwood had personally nurtured Embry’s growth as a new believer, teaching, exhorting, and praying with him until the man received his complete deliverance. And the fruit of that labor was evident to all—nobody in the church now worshipped with more passion and abandonment than Jefferson Embry.

He who has been forgiven much, loves much
, Smallwood thought, smiling at Brother Embry.

Two rows behind Brother Embry, and filling the entire length of the pew, sat the eight members of the McCullum family. T. R. Smallwood had baptized all eight of them, a family that now spanned three generations with the recent birth of Diedra McCullum’s baby girl. By Smallwood’s count, the McCullums had not missed a Sunday service in the past twenty years.

I’m blessed to have such faithful members . . .

“Church, are you ready to enter the glory?” Smallwood asked once more, relying on one of his greatest vocal assets as a preacher—repetition. His other asset was knowing how to expertly tune his voice that he might capitalize on the ultimate destination of all his sermons—boarding that precious train to glory.

“Yeeessss!” he exclaimed. “I see those angels awaiting, and the glo-oory is filling the whole room! Those trumpets are sounding, so we must bow before the King of—”

Suddenly, Pastor Smallwood bent over in mid-sway, with both hands still clutching the microphone. Trembling ever so slowly, like a wobbling infant on unsteady legs, he sank first to his knees, and then until he lay in a prostrate position. Brother Sanderson continued to play an angelic-sounding melody as the fifty-member congregation followed their pastor’s lead, apparently in worship.

But T. R. Smallwood was
not
presently worshipping. His dramatic shift in posture was the result of a sudden, stabbing pain to his chest. Silently and urgently under his breath, he began praying.

Skin Medicine by Curran, Tim
Blood Alley by Hanson, T.F.
Enslaved (Devil's Kiss) by James, Gemma
A Dangerous Demon King (The Sentinel Demons Book 4) by J. S. Scott
My Guantanamo Diary by Mahvish Khan
Sheala by Mays, Judy
Wild in the Field by Jennifer Greene
Consequences by Penelope Lively
An Heir for the Billionaire by Terry Towers
Living Out Loud by Anna Quindlen