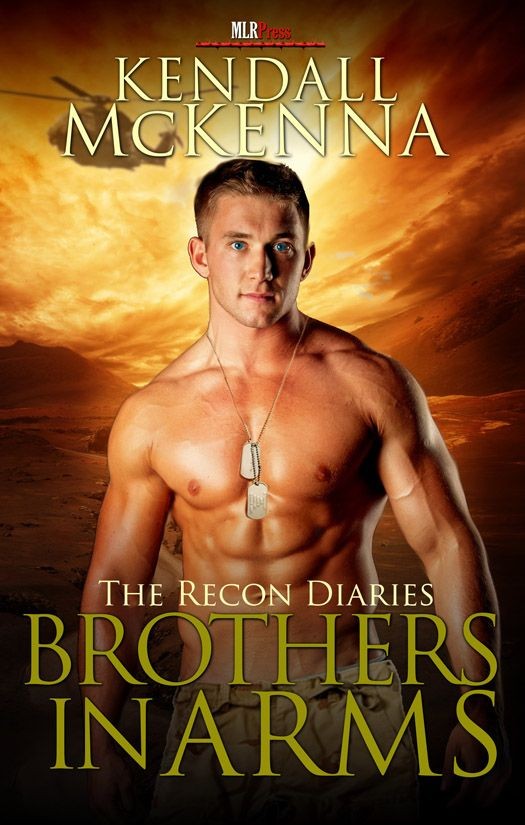 Jonah Carver is a Marine and combat veteran. He and his former Captain, Kellan Reynolds, once shared a scorching night, but then lost touch; something Jonah has long regretted.

When an investigation into government corruption, and the murder of U.S. troops, ends in the killing of a V.I.P. on Jonah’s watch, the FBI arrives. With them is Kellan Reynolds.

When Kellan is kidnapped, Jonah has to find and rescue him. If he doesn’t, not only will the investigation unravel, but he’ll lose Kellan for a second time--for good.

This book is licensed to the original purchaser only. Duplication or distribution via any means is illegal and a violation of International Copyright Law, subject to criminal prosecution and upon conviction, fines and/or imprisonment. This eBook cannot be legally loaned or given to others. No part of this eBook can be shared or reproduced without the express permission of the publisher.

Who accepts and supports what he does not always understand.

Who read the early versions and all said to keep going.

Recon Marines, effectively the Marine Corps’ Special Forces, go through much the same training as the Navy’s SEALs. Less than two percent of all Marines are selected for Recon training, and of those, half will wash out. They are elite, highly trained, and highly specialized.

To: General John L. Cooper, Commandant of the Marine Corps

From: Secretary of the Navy

The Secretary of Defense (SECDEF) has declared all hostilities in the A.O. of Iraq as at an end.

A. Iraqi capital city of Baghdad is secured and in the hands of USMC.

B. Iraqi Republican Guard is rendered ineffective—troops have scattered along the countryside.

Effective immediately, Baghdad and surrounding areas will be patrolled to minimize violence and looting.

Effective immediately, water and humanitarian rations will be distributed freely to Iraqi citizens, without direction of local imams.

Next 30 days, 1
st
Marines will stand down and return to Camp Mathilda, Kuwait for immediate return to HQBase.

Effective immediately, current operations in Iraq will be referred to as Operation Iraqi Freedom.

From: General John L. Cooper, Commandant of the Marine Corps

OSP is to function as a sub-operation of Operation Iron Pursuit (OIP).

A. Marine Forces will pursue enemy fighters in the long-time al-Qaeda stronghold of Diyala Province.

OSP will be conducted in tandem with the 5
th
Iraqi Army Division and the Balad Ruz police force.

Coalition Forces will push insurgents away from the urban centers of Diyala Province in order to hinder their ability to conduct attacks.

1. Pursuant to the goals of Operation Sabre Pursuit (OSP), 1
st
Marines will establish a forward operation base.

2. Base will be located in Diyala Province, outside the town of Kan’an, south of Baqubah (see attached map reference).

3. Base will be named Camp Diyala.

Subj: Establishment of Diyala firm base

1. Pursuant to the goals of Operation Sabre Pursuit (OSP), 1
st
Recon will establish a firm base.

2. Firm base will be located in the outskirts of Diyala Province (see attached map reference).

3. Base will be named Diyala firm base.

The room was sweltering. Jonah sprawled on a mat, along with the rest of Bravo Company. This was what they did while in Iraq, in the heat of the day, between bursts of danger-fueled adrenaline. They slept or they sparred. They tried to eat, but the monotony of the MREs and the repressive heat did little for their appetites.

Jonah was only just aware of someone coming into the dim room that served as 2
nd
Platoon’s barracks in their current firm base. Boots crossed the room quickly but quietly. Jonah’s hope that he could pass the afternoon undisturbed faded when the boots came to a stop near his head.

He took his arm from across his eyes and looked up at the lance corporal standing rigidly beside Jonah’s mat.

“Yeah,” Jonah growled, voice rough from sand, heat, and yelling orders over the sounds of chaos and explosions.

“Captain Hoegerl has asked to see you,” the young Marine said quietly, respectful of the dozing men around them. He stared straight ahead and refused to meet Jonah’s eyes.

Sometimes, Jonah really hated his combat reputation. It worked to his advantage when he wanted to keep some distance between himself and the men. It got in the way when baby Marines rotated in and moved around in complete awe of him. The whole thing was a pain in his ass and just got worse with each ambush he detected and each firefight his men survived.

“Tell him I’ll be right there,” Jonah said, sitting up to tighten and secure the laces of his boots.

The Lance Corporal scampered off with a barely audible, “Yes, Gunnery Sergeant,” as Jonah stood to his considerable height of six foot three, straightened his T-shirt, and pulled on his blouse. He ran a hand over his closely shorn hair.

As with most structures in Iraq, the hallways were narrow and the entryways short. Jonah’s height and the broad width of his shoulders had him frequently turning sideways and ducking when he was indoors.

The room Captain Hoegerl, the Bravo Company commander, used as an office was as dark and oppressively hot as the barracks room. The rickety table he sat behind could loosely be termed a desk. As always, Marines made do. Also inside the office was Jonah’s Platoon Leader, Lieutenant Darren Stoop.

Captain Gregory Hoegerl was a few years younger than Jonah’s thirty-two and didn’t have anywhere near the same level of combat experience. However, he was smart, practical, and cared for the welfare of his men. Captain Hoegerl prepared methodically and reacted intuitively, and Jonah didn’t think twice about serving under him. On comms, he used the call-sign Predator; a name he’d earned in boot camp. It was said he had an unnatural ability to stalk and eliminate enemy forces.

In contrast, Jonah’s platoon leader, Lieutenant Stoop, call sign Hitman-Two, was unimaginative, indecisive, and as boot as the day he was born. It was an open secret that Jonah, as Stoop’s platoon gunnery sergeant, was the de facto commander of 2
nd
Platoon, Bravo Company. He was up to the task, and, most times, things ran smoothly. Jonah was just getting too old to be taking orders from incompetent children who excelled at nearly getting him killed.

“You asked to see me, sir?” Jonah stepped in front of Hoegerl’s desk and stood at ease, giving a brief nod to Stoop.

“I need you for a mission, Jonah,” the captain said, looking up. “And you aren’t going to like it.”

Jonah allowed himself a small smile. “That must mean it’s either babysitting a POG,” he said, using the acronym for
persons other than grunts
, the combat Marine’s term for support staff, “or being Command’s errand boy.”

“Got it right in one,” Hoegerl said ruefully. “Dignitary protection.”

Jonah didn’t bother to hide his surprise. “Not to question the wisdom of the Marine Corps, sir,” he said dryly, “but isn’t that a job for the Security Contractors?”

Iraq was crawling with private security firms. They were
supposed
to augment the regular forces by handling all noncombat missions, freeing up troops to be actual warriors. Things didn’t always go as planned, the contractors sometimes being little more than thugs, but Jonah was always happy to leave babysitting duty to them.

“The State Department asked specifically for regular troops to handle this,” Hoegerl replied. “Given the importance of the mission, it was decided Recon should be assigned.”

Hoegerl seemed almost apologetic. “Given the high level of the dignitary in question, I feel it’s wise to assign the very best of the best. That means you, Gunnery Sergeant.”

“Thank you, sir.” Jonah grinned slightly, acknowledging the compliment and Hoegerl’s awareness of Jonah’s distaste for this mission. “Still, why won’t the Delta team escorting him from the Green Zone simply stay with him?” The Green Zone was the securest portion of Baghdad, out of which all US Military operations were coordinated.

“He’s not coming from the Green Zone,” the captain replied. “His transport is flying in straight to our airstrip.”

The rarity of that type of occurrence was an answer in itself. “Understood, sir.”

Hoegerl handed him a single-sheet memo. “Here’s a mission overview. I’ll forward the details and itinerary as they become available.”

Jonah nodded as he scanned the memo. His mission was to commence at 0630 the following day. “Pick your team from the members of Second Platoon and handle your own briefings as you see fit,” Hoegerl said. “Utilize the call-signs Hitman-Two-One, Two-Two, and Two-Three.”

“Aye aye, sir. Is this to be in addition to our regular patrols?” Jonah asked. His team was scheduled for a tour the next day.

“You and the men you select will be out of rotation,” Hoegerl explained. “First Platoon will deploy tomorrow instead, and Third Platoon will rotate in after that.”

“Will do,” Jonah replied.

Promises by Belva Plain
A Divine Life (The Divine Trilogy) by Hargrave, R.E.
Promise Me by Barbie Bohrman
Let Love Shine by Collins, Melissa
Dan and the Dead by Thomas Taylor
Warrior (Navy SEALs Romance Book 5) by Rachel Hanna
Pass Interference by Natalie Brock
Exploration by Beery, Andrew
The Bear Who Loved Me by Kathy Lyons
The Golden Princess: A Novel of the Change (Change Series) by S. M. Stirling