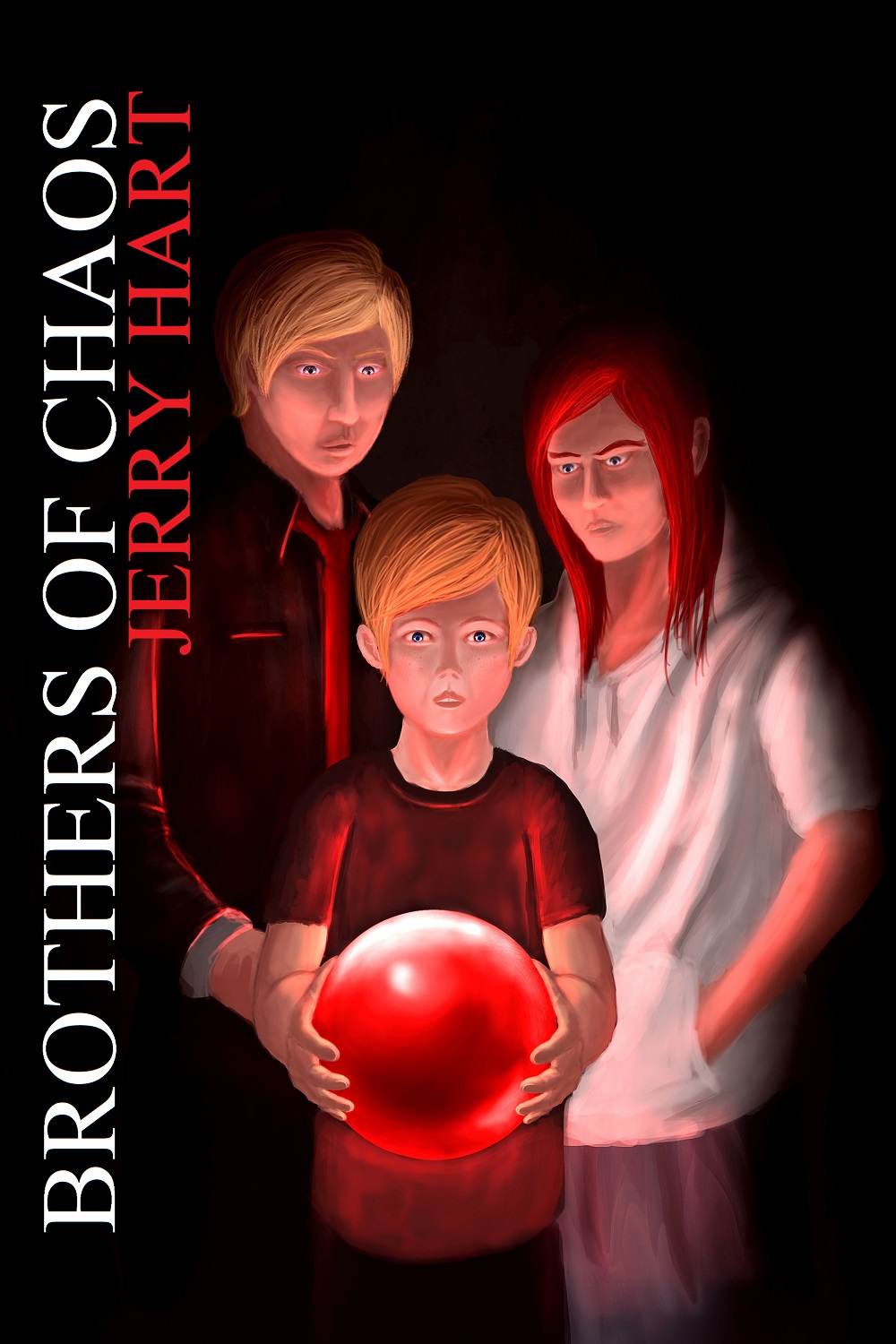 All
rights reserved. No part of this book may be used or reproduced in any manner
whatsoever without permission from the author.

This
book is a work of fiction. The names, characters, places and incidents are
products of the author’s imagination or have been used fictitiously and are not
to be construed as real. Any resemblance to persons, living or dead, actual
events, locales or organizations is entirely coincidental.

Daniel Hudson would
never forget the day he broke his arm. It had been on a beautiful night. He’d
been excited and nervous as he strolled down Miller Street with his friends
Owen and Chris as they headed to Patterson’s Dueling Piano Bar. This would be
Daniel’s first time there; Alyssa loved the place.

Daniel
had paid quite a bit for his and Owen’s fake IDs, and tonight would be their
first time using them. Daniel knew it would be worth it.

Patterson’s
was right down the street, on the left, and there were a few people lined up in
front. Some of them were having a heated discussion with the bouncer.

“Sorry,
fellas,” the bouncer said to three young-looking men, “I know a fake ID when I
see one. You guys are
gonna
have to jet.”

The
bouncer crossed his arms and stared the young men down. They left a moment
later.

“Are
you sure you want to go through with this?” Chris asked Daniel.

“Yes,”
Daniel said. He was dressed in his finest clothes—a blue button-down shirt and
super-starched jeans—and he wasn’t going anywhere else. Besides, Alyssa was
waiting inside. He looked from Owen to Chris. They too were dressed nice, Owen
in a yellow silk shirt with khakis, Chris in a red-and-white-striped shirt and
dark jeans.

They
approached the bouncer, showing their identification. The bouncer, a beefy,
bald guy, studied Owen’s and Chris’s. Chris was in his mid-twenties and didn’t
need a fake; Owen, on the other hand, was sixteen—a few years younger than
Daniel. The bouncer finally looked at Daniel’s. Time seemed to stand still. The
man looked from the ID to Daniel and back again. Daniel’s heart stopped for a
moment.

Finally,
the bouncer said, “Okay, you can go.”

The
burly man shot him a look. Owen and Chris grabbed Daniel by the shoulders and
pulled him inside the bar before the bouncer could reply.

The
three of them made their way up the stairs and paid the cover charge. The place
was packed; there were many round tables in the middle of the bar, all of them
occupied. A stage lay beyond the tables, with two pianos facing each other. Two
men were playing a song together, smiling at the audience.

And
there she was, right in front of the stage—Alyssa Turner. Her long brown hair
was straight and beautiful, her colorful purse slung over her shoulder. She was
wearing a long black dress and waving them over to a little round table up
front. The three young men joined her.

“I’m
so glad you got in,” she said to Daniel and Owen. Daniel got the impression she
was talking more to him, though. “This place is so great. You’ll love it.”

And
love it Daniel did. The piano players sang whatever the audience wanted to
hear. The crowd was infectious. Daniel didn’t drink anything alcoholic—he had
an extremely low tolerance—but he found himself singing like a drunk anyway. He
was completely off-key, just like everyone else.

He
stared at Alyssa, whose back was to him. She was waving to one of the piano
players; he blew her a kiss. Now that Daniel knew his fake ID worked, he would
be coming to this place with her more often.

And
then Alyssa’s phone, which was placed on the table, began to blink. It was a
text-message alert. She read it.

Then
she gave Owen, Chris and Daniel the look they associated with the “job.”

Daniel
didn’t want to go through with what they had to do. Not without Alyssa. She’d
claimed she had stuff to do and had gone back home. It was up to Daniel, Chris
and Owen.

Chris
drove them to the location Alyssa gave them. It was an isolated hangout spot in
a rural area. The three of them had passed the place by when they missed the
turn on the long dark highway. The only thing that gave the road away was a
subtle white sign that read “Trails.”

As
they followed the bumpy dirt road to the Trails, the three boys kept their eyes
peeled. So far, they saw nothing but the silhouettes of the trees surrounding
them. The road was incredibly bumpy.

“This
cannot be good for my suspension,” Chris said as he caressed the dashboard of
his red Camaro.

“Get
a room,” Owen said. He was riding shotgun.

“I
would get a room with this car,” Chris said, still looking ahead as he drove.
“I’d show this car a good time.” The three boys laughed as they continued down
the dark path.

It
was Owen who saw it first—an orange flickering light up ahead to the right. As
they got closer, they realized it was a bonfire. People were standing around
it.

There
were dozens of vehicles parked about. Chris parked next to a large silver
truck, and the trio got out.

“How
will we know who they are?” Daniel asked. “There are so many people here. And
it’s so dark.”

The
only source of light was the fire. Everything that was a good distance away
from it was all but invisible.

“Alyssa
said it was two guys,” Chris reminded his friends. “Two guys who are dressed
funny.”

Chris
and Owen started toward the group of people standing around the fire. Daniel
hurried to catch up. For some reason, he was scared to death; he couldn’t stop
shaking. He patted the back pocket of his jeans for reassurance. His silver
stake was most definitely there. He hadn’t doubted it would be; he and the
others loaded up before getting out of the car.

If
the vampires were indeed still here, Daniel was content to let Chris and Owen
take care of them. Owen was abnormally strong and Chris was exceptionally
brave. So what was Daniel? Well, he was smart. He did build the weapons, after
all. But he couldn’t fight worth a damn.

For
years, he wondered how he ever got caught up in this monster business. He had
been perfectly happy in his previous life, studying to be a videogame designer
and coaching a softball team known as the Unstoppable Titans.

But
then, one fateful day, she showed up. She had been so beautiful, with her long
brown hair and killer smile. Daniel had been able to see it all the way from
center field.

That
day, Alyssa Turner had stolen Daniel’s heart. Each week she showed up to his
games, smiling at him the whole time. He had been working up the courage to
talk to her, but could never do it. Why had she always smiled at him? Who did
she know on the team? She couldn’t have possibly been there to see him.

And
then, after one game, she had walked up to him and offered to help him carry
his gear to his car.

“You’re
really great out there,” she had said.

“No,
I’m not,” he replied. “I just get lucky by holding up my hand and having the
ball fall into my glove.”

She
giggled at that, though it was true. A lot of the fly-balls Daniel caught were
the result of him trying to block the sun from his eyes.

“Daniel
Hudson.” He couldn’t help noticing how beautiful she’d been in her jeans and
yellow floral blouse. He’d almost told her that but bit his tongue.

“I
know who you are,” Alyssa said. “We have a mutual friend: Aaron Browder.”

Daniel
nodded. “Oh yeah, him. He’s pretty cool. He’s not on the team anymore, though.”

“I
know. I never came to the games to see him.”

They
had finally reached Daniel’s car. He threw the softball gear into the trunk,
glancing sideways at Alyssa. “Who do you come to the games to see?” he finally
asked.

Daniel’s
heart skipped a beat. “Why?”

“Aaron
told me how smart you are, about how you’re always building and tinkering with
things.”

“Oh,”
Daniel said, finally understanding. “You need me to fix something of yours?”

Alyssa,
who had been smiling during the conversation, suddenly frowned. Even a frown
looked good on her. “No, not at all. I was actually wondering if you’d be
interested in a little venture my friends and I started.”

Daniel
sighed. “Oh boy, that’s even worse. I think I’d rather just fix something. You
have a busted stereo or VCR?”

She
laughed again. “I don’t think anyone has a VCR anymore.”

Daniel
laughed, too. He couldn’t help it. It wasn’t every day a beautiful girl talked
to him. The ones who did always wanted a favor, though.

“What
kind of ‘venture’ are we talking about?” he asked.

“Well”—she
looked around cautiously—“have you heard about all these strange deaths in the
city? Bodies drained of blood?”

“Exactly.
Well, my friends and I have been investigating the deaths. We want to put a
stop to them.”

Daniel
leaned against his car. “That sounds
kinda
heavy. Why
don’t you just let the police handle it?”

“Because
we already know who’s doing it; we know who the murderers are.”

“Then
tell the cops so they can arrest them.”

Now
she shook her head. “The cops wouldn’t believe us.”

“Good
game, Daniel!” a red-haired girl shouted from somewhere in the parking lot.
Daniel had forgotten where he was. He spun around and waved at the Titans
supporter.

“Would
you call yourself open-minded?” Alyssa asked when Daniel turned his attention
back to her.

“Yeah,
I can tell you are.” She playfully punched his arm and grinned. “Do you believe
in monsters?”

“I
do not,” he said immediately, though truth be told, he totally believed in them.
Vampires, werewolves, goblins, aliens; the whole nine yards. But he didn’t want
her thinking he was a geek.

“You
liar,” Alyssa said. “I can see it in your eyes you do. I guess you know where
I’m going with this.”

It
only took a moment for it to click. “You think vampires are responsible for the
murders?”

“I
know they are. I’ve seen them.” She dropped her voice a little. “I’ve killed a
couple.”

Alyssa’s
grin was gone and her face was deadly serious. At that moment, Daniel believed
her. That very same day, he met Chris and Owen. They had recounted their own
monstrous encounters to him.

That
day, Daniel’s old life ended and his new one began. He used his magnificent brain
to build weapons for them. Plus, there was his secret project he wasn’t quite
ready to reveal to Chris and Owen just yet. But that was then; this is now.

After
checking out the people around the fire at the Trails, the trio made their way
toward a large tree house a few yards away. It had been impossible to see from
next to the fire, but the closer they got to it, the more elaborate it looked.

The
tree house was built onto a gigantic oak tree and actually had two floors. It
almost looked like a two-story house, but without walls. A rope ladder led up
to it.

Daniel
stared, astounded. “Everyone else must be up there.”

“Almost
everyone here is dressed ‘weird,’” Owen whined. “How are we going to find
them?”

“We’ll
probably know them when we see them,” Chris said.

The
trio climbed the rope ladder that led to the first floor. There were at least
seven young people around Owen’s age lounging about. No one really looked out
of place. Some of the kids were drinking beer and chatting. A few couples were
making out on a couch.

“One
of us should check the second floor,” Chris suggested, scanning the crowd.