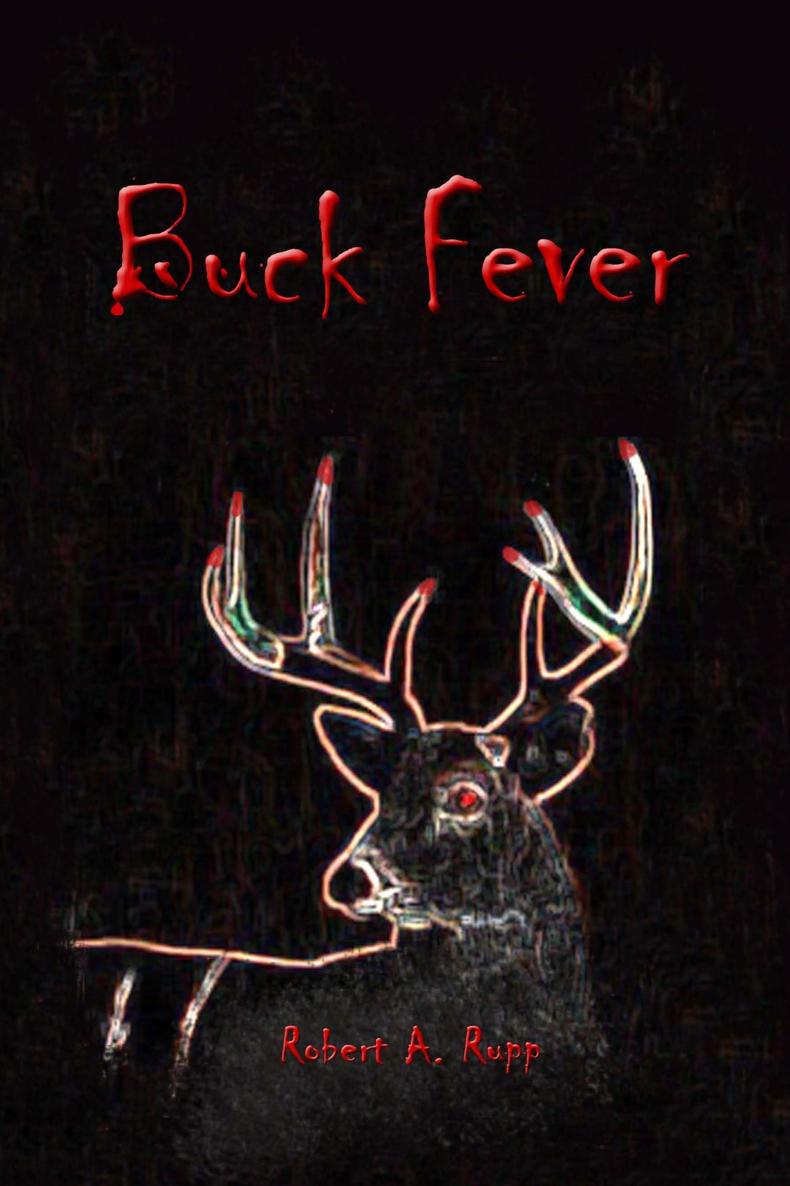 by Robert A. Rupp

All Rights Reserved.
No part of this publication may be reproduced in any form or by any means, including scanning, photocopying, or otherwise without prior written permission of the copyright holder.

Past events are loosely based on historical fact. All characters and events are fictitious. Descriptions of actual locales are included for reader interest and should not be interpreted as contributing or participating in actual documented fact.

E
ight round perforations into the thorax appeared as the Ogemaw County Medical Examiner pulled the stark-white sheet away from the large male body.

Mort Sulkin giggled nervously as he helped the Examiner inspect the remains for foul play.

“Should we open him up now? Can I do it?” Sulkin pleaded, taking several deep breaths. He spent most days embalming natural-death corpses for a West Branch funeral home. Today, he would get a chance to use his forensic-science training.

“Hold on, Mort, I need to take a few more photos first to add to the ones I took in the woods. I want to send them around to a few friends in the news business to see if they have encountered anything like this recently.”

The Examiner took a small digital camera from his coat pocket and shot images from different angles. “Okay, that should do it.” He then slipped on a pair of rubber gloves and gently inserted his right forefinger into several holes. “Hmm, the shirt is poked in from a spear-like object. About a half-inch round. Blood’s gooey and bright red. What do you make of that?” He marveled at the iridescent substance on his gloved finger.

“The blood looks alive like it has some living infection in it. Damnedest thing I’ve ever seen,” Sulkin said, leaning closer. He bent down to look inside a hole, then abruptly lifted his head. “Oh, shit,” he said, as the Examiner’s bloody finger rubbed across his balding forehead.

“Oops. Don’t touch it. Here, use this.” The Examiner grabbed a sanitizing tissue from a round dispenser sitting on a nearby surgical tool cart and carefully wiped the blood from his finger and Sulkin’s forehead.

Sulkin grimaced into a nearby mirror and rubbed the spot several times. “Dang it, it’s leaving a red mark.”

“I don’t think you have to worry. Just keep some antiseptic cream on it for a few days. I need to run and send out a few emails. I’ll call you tomorrow. In the meantime, keep Lickshill covered and refrigerated. If the family pushes for a funeral, give them the usual legal crap about Michigan law and preserving evidence to stall them, or have them call me.”

A
large antler-less deer gently folded its legs to lie down, its head landing on the stomach of a downed buck, stretched legs out on the ground below. The bow hunter, perched 20 feet up the oak tree, mused at the sight, his adrenaline pumping full force. He slowly inhaled brisk November air, pulled back the bowstring, aimed, paused, breathed deeper, exhaled slowly and relaxed the bowstring. His first razor-tipped arrow felled the eight-pointer minutes earlier. His second arrow laid waiting in the bow as he watched the doe poke her head at the motionless buck below her.

What the hell is she doing?
Harry’s not going to believe this.

The doe rose up slowly and stepped forward, putting its teeth around the arrow shaft protruding upward from the buck’s neck. A quick tug freed the arrow.

“Crippletown…Crippletown…where’s your sorry ass?” a walking man shouted as he batted tree branches and brush away from his face.

The doe backed into the woods out of sight of the approaching man and froze, ears up, eyes peering forward, the arrow still clenched in its teeth.

“Crippletown, where are—” The voice stopped, then continued in a half whisper. “Jesus, you’ve bagged one, John. Hah, you’ve finally bagged your buck.”

Suddenly, the buck flipped its head up.

Greppleton fumbled his arrow sideways, trying to regain his balance in the tree perch. The buck held its head up again pulling forward and locking gaze on the approaching man.

“He’s looking straight at me, John. Shoot. What are you waiting for?”

Harry Lopez, also in full orange-camouflage dress, stood 20 feet back waiting for Greppleton to let the arrow fly. He had left his bow near another tree about 50 yards away. A long knife protruded from his right hand, ready to gut the kill.

The buck snorted as it stared intently at Lopez.

Greppleton reset the arrow, slowly pulled the bowstring to a full release position, and let go.

The arrow penetrated the lower neck of the buck, forcing its head down again.

The doe spooked, reared on its hind legs, pranced backward several steps and bolted from behind trees.

“Holy shit, where’d she come from? She’s got an arrow sticking out of her mouth and running straight at me!” Lopez shouted.

The doe approached within two feet and stopped. Lopez jerked back, stumbled on a downed tree and fell. He grabbed his half-cocked glasses and reset them with his left hand as he waved the knife in his right toward the doe’s head.

“Oh man, she’s looking at me like she’s going to jab me with it. Shoot her, John. What are you waiting for?”

Greppleton twisted his head around the tree behind him.

“I can’t see. Hold on, I’m coming down.” He threw his bow and quiver to the ground. He stood up on the perch, turned his body to face the tree and peered around it. “That bitch is not going to hurt you. She’s just scared. Get up. She’ll run away.” Greppleton lowered his boots onto metal pegs he inserted as part of a tree ladder and stepped down to the ground.

Lopez sat shaking, trying to anticipate the doe’s next move. The snorting animal stepped closer and over his body. As Lopez moved slightly left, the doe moved in unison, cocking her head sideways to point the arrowhead toward Lopez’ chest. Lopez raised his knife and poked air near the doe’s eyes. The determined deer shifted right and jammed the razor-sharp arrowhead onto Lopez’ fisted hand, slashing the back of several fingers. Lopez immediately dropped the knife and pulled his hand to his chest.

“Damn, she stabbed me. The bitch stabbed me,” he said, kicking his legs forward, pushing him back out of reach.

Greppleton ran toward the doe, swinging his bow, jabbing her right hind leg. The animal slumped briefly, reared up with front legs in the air, made a bleating sound, turned, and forced her hoofs down onto Greppleton’s chest. He dropped the bow and fell onto a pile of leaves. The doe’s legs followed him down, landing on his chest with the arrowhead now pointed directly at his face.

“Shi...shi…iiit.” Greppleton groaned and puffed for air. “She’s heavy. I…can’t breathe…Here, take…
this
, bitch.” Greppleton heaved his legs up and into the doe’s groin, causing an immediate reaction.

Her jaw opened, dropping the arrow on Greppleton’s chest. She snorted in pain, backed off limping and disappeared into the woods.

The men lay on the ground staring at each other.

Lopez muttered several Spanish expletives, sat up and adjusted the frame on his glasses. He studied his bloodied hand reflecting on his experience as an army medic, wiped his knuckles across his shirt and declared the cuts healable without stitches.

Energized by Mary Behre
Shadow of the War Machine (The Secret Order) by Kristin Bailey
Incandescent by Madeline Sloane
Poltergeist II - The Other Side by James Kahn
A Fae in Fort Worth by Amy Armstrong
Creeping Ivy by Natasha Cooper
Nothing Short of a Miracle by Henry, Carol
Dead Man's Chest by Kerry Greenwood
Heirs Book Two: American Lady by Elleby Harper
Bodyguards by Kallysten