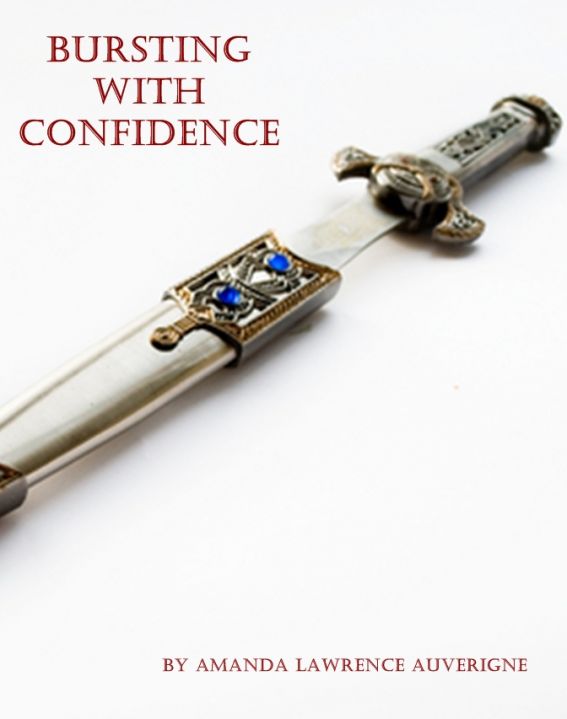 All rights reserved. All characters
appearing in this work are fictitious. Any resemblance to real
persons living or dead is purely coincidental.

This work is licensed under
the
Creative Commons
Attribution-NonCommercial-NoDerivs 3.0 Unported
License.

To view a copy of this license,
visit http://creativecommons.org/licenses/by-nc-nd/3.0/ or send a
letter to Creative Commons, 171 Second Street, Suite 300, San
Francisco, California, 94105, USA.

Haley climbed up the stone
staircase of the large stone mansion.

The house was the color of slate.
The dwelling possessed three floors. Rows of shimmering windows
decorated the front portion of the mansion.

Haley reached the top of the
staircase and she moved to the door of the house.

The wooden door was large. The
partition was the color of blood. A large brass doorknocker dangled
from the center of the massive portal.

The metal doorknocker possessed the
shape of a human's head.

The bronze figure's elaborately
carved features were twisted into a painful grimace. The thing's
eyes were partially closed. Two gleaming tiny yellow stones could
be seen beneath the metal face's partially opened
eyelids.

Tiny intricately carved flames
jutted from the left and right portion of the bronze figure's head.
A large weighted silver ring hung from the form's chin. The metal
circlet rested atop the smooth wood of the blood-colored
door.

Haley stared at the tortured face
of the bronze doorknocker for a few moments. She lowered her sight
from the shimmering yellow stones that protruded from its eye
sockets. She gazed at the metal ring beneath the carved
form.

Haley raised her right hand and she
grabbed at the silver ring with a sigh.

The metal was cold and heavy in her
grasp.

Haley raised the weighted object
from its perch atop the door. She held the ring a few inches atop
the partition before she suddenly turned away from the
door.

Haley looked at the left side of
the door.

A small white circular doorbell
jutted from the brick wall a few inches away from the door's
massive wooden frame.

Haley turned to the doorknocker.
She lowered the silver ring in her grasp. She slowly placed the
weighted circlet gently atop the red door before removing her hand
from the silver circlet. She turned from the door, took a step to
the doorbell, raised her left hand and pressed the tip of her index
finger against the white object.

A low buzzing noise poured from the
doorbell.

Haley dropped her hand from the
doorbell with a low cry.

After a few seconds, the low trill
of heavy chimes echoed from the interior of the red
door.

The music continued and increased
in intensity.

Haley looked at the door and she
tilted her head while she listened to the tune.

After a few seconds, Haley
recognized the music.

"A requiem?" Haley whispered in
awe.

The sound of loud footsteps echoed
from the interior of the house.

The low tread of footfalls suddenly
ceased. The sound of loud clicking noises poured from the large red
door just before the massive partition was suddenly pulled
ajar.

Haley blinked and she gazed at the
space in front of her.

Her best friend, Abigail, stood in
the entrance.

Abigail rushed forward. She pulled
Haley into a tight hug.

Abigail pushed Haley away from her.
"Are you serious? What happened to your whip?"

"Blown tire," Haley responded with
a dramatic roll of her eyes.

"Its just my stupid little
brother Spencer was drag racing in the mall parking lot after
seeing that one stupid racing movie with his loser friends and he
rolled over a couple of bottles or something. At least
that's
his
story."

"Didn't he just get his license
last week?"

"Yup, a total fail for him. And for
me too since I don't have a working car."

"That sucks. Spencer's hooking you
up with some new tires right?"

"Dad said he'll get me some new
treads but Spencer's going to have to pay him back. Well he will
pay him because the only thing he'll be doing for the next two
months is working at the Electronics Mart and going to school. He's
totally grounded. Dad took his Xbox, his comp, IPad and cell last
night and you should have seen how he cried. I felt so bad for him.
Not really."

"Funny! Well what are you going to
do until you get your car fixed?"

"I guess I'll just have to walk
everywhere. Well to school at least. And walking here was a breeze
anyway. It's just ten blocks."

"Just kidding. You look great. Come
on in."

Abigail took a step backwards. She
entered the interior of the house.

Haley entered the house. She
stepped into a large hall. She pulled off her jacket and looked at
her surroundings.

The stone corridor was long and
spacious.

Four large doorways lay embedded in
the walls on both sides of the hall. Each portal lead to large
exquisitely furnished rooms.

Ten shining suits of armor stood
upright against the stone walls of the wide passage.

Eight marble busts resting atop
tall marble pedestals were pressed against the stone walls of the
corridor.

Each pedestal possessed a gleaming
brass tag along the front portion of the stone table. Intricate
writing decorated the gleaming metal labels.

Several gleaming silver shields
decorated the top portion of the corridor's stone walls. Each metal
shield possessed a colorfully intricate coat of arms within the
center.

"This place is huge," Haley said.
She folded her jacket atop her arm. She gazed at a bust of a
scowling man near her.

"Yeah," Abigail said closing the
door softly. "There are like twenty rooms in the house I
think."

Abigail raised her hand and slapped
at several brass locks and deadbolts that decorated the
door.

Haley turned to Abigail. "Are you
serious?"

Abigail moved away from the door.
She stopped in front of the wall on the right side of the massive
red portal.

A small square-shaped security
panel jutted from the wall.

"Yup twenty not counting the
basement and the carriage house out back behind the gazebo thing,"
Abigail replied absently.

Abigail raised her hand. She
punched a series of numbers into the security panel's
keypad.

"Twenty rooms
and
a carriage
house?" Haley asked in disbelief.

"Yeah but the carriage house is
really a guest house. Well it was until Mr. Larsen shut it up last
year and started using it for storage or whatever," Abigail said.
She lowered her hand from the panel.

The sound of a loud beep poured
from the security panel just before a metallic feminine voice
echoed from the white object.

"Okay," Haley said with a
laugh.

Abigail turned to Haley.
"What?"

"That must be some tricked out
security system I mean because ours doesn’t talk."

"Ours either. The Larsens had this
set up special. They have loads of old stuff here with gold and
stuff."

Haley looked around the hall.
"Twenty rooms huh? You sure it's not forty?"

"Naw its just twenty. I think. And
plus the Larsens only use the first and second floor and half of
the third I think because the third floor is like the maid's house
or whatever for you know like if they had a maid," Abigail
continued.

"How old is this place?" Haley
asked.

"I think this house was built like
two hundred years ago or something. Anyway, the third floor is
supposed to be like the maid's house or something. I don't
remember."

"Enough of this history stuff. Come
on. The Larsens went to the snore opera like an hour ago and Peter
is really really excited to meet you. He saw your pic on my phone
when you called earlier."

“
You told Peter I was
coming?”

“
Well, I told
him that I
hoped
you were coming. He likes meeting new people. His
parents hardly ever let him have any friends
over.”

The sound of high pitched laughter
echoed in the corridor.

Haley and Abigail turned in the
direction of the noise.

The two young women gazed at an
opened door located at the far end of the right side of the
hall.

The laughter erupted again and the
sound was followed by a loud crunching noise.

"I guess Peter just figured out who
did the murder," Abigail said.

"That was Peter laughing like a
mini-maniac. He's in the study watching his shows and having his
snacks which will prolly be all over the floor and curtains by the
time I get back in there. I tell you television is like the only
thing that can keep this one quiet for more than a half hour. He
doesn’t like playing video games or watching stuff on YouTube. He
thinks that Fred dude is a nerd and he like totally fell asleep
when I showed him that one vid with the talking fruities. Isn’t
that weird?”

“
Well, I guess every kid is
different.”

“
See? It’s when you say things
like that that I know you’ll be a great teacher
someday.”

Abigail grabbed Haley's right arm.
She linked her left arm within her best friend's limb with a
giggle.

“
Come on, Haley. Let's go in the
study and meet the little monster,” Abigail whispered.

"Are you kidding me? This kid is a
little terror. But today he's been pretty good. But that's just
because all of his shows are on. But he really wants to meet you.
So come on and meet him."

Abigail and Haley walked across the
spacious hall.

Haley stared up at the walls of the
long corridor during her trek forward. She passed her gaze across
the assortment of weapons with a high pitched whistle.

"You liking the killer bling?"
Abigail asked with a laugh.

"Yeah," Haley replied. "Those are a
lot of shields. And swords and crossbows."

"Yeah the Larsens have loads of
this stuff all over the house. They have a lot of weird books in
the library. It's like their own personal collection."

Dare to be Mine by Allison, Kim
Just One Kiss by Susan Mallery
Teenage Waistland by Lynn Biederman
Checking It Twice by Jodi Redford
Riptide by Margaret Carroll
Tish Plays the Game by Mary Roberts Rinehart
The Pact by Monica McKayhan
Beyond the Stars by Kelly Beltz
Haunting Grace by Elizabeth Marshall
Why Are You Atheists So Angry? 99 Things That Piss Off the Godless by Greta Christina