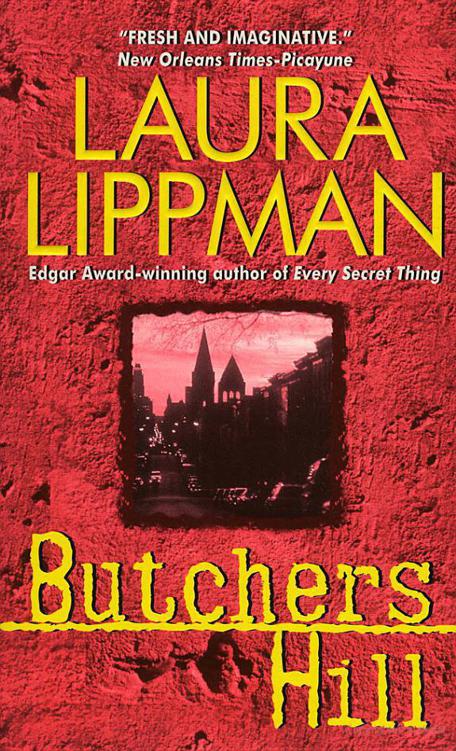 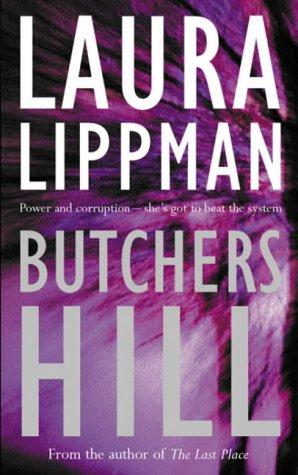 For
Susan Seegar,
who taught me how to read,
encouraged me to write,
and convinced me to cut
all the hair off my Barbie.
I'm glad I was never an only child.

I am indebted to the usual suspects: John
Roll and Joan Jacobson, my first readers; Mike James, Peter Hermann,
Kate Shatzkin, and many more colleagues at the
Baltimore
Sun
shared their advice or support along the
way; Holly Selby and Connie Knox deserved to be thanked long ago, but
they know me well enough to tolerate my tardiness.

I am grateful to Lee Anderson, the most
resourceful searcher I know, and Patti White who introduced us.

I also want to thank every worker and
volunteer who ever fielded a question from me about homelessness,
poverty, child care, foster care, adoption, or welfare. You make
Baltimore—and the world—a better place.

He
was deep in his favorite dream, the one about…

By
the time Beale left, Tyner's card clutched in
hand,…

The
third-floor ladies room at the Enoch Pratt Free Library…

At
the Daily Grind, Tess insisted on paying for Martin…

Somewhat
to her chagrin, Tess found herself humming a Garth…

Almost
a decade had passed since Gramma Weinstein had given…

It
was commonly believed that the mayor of Baltimore awoke…

They
drove into the city together, although it would mean…

Even
from across the street, it was obvious that something…

"I
think coffee is getting better," Tess said, sipping
a…

It
was just after nine Tuesday morning when Tess left…

"Doesn't
Carroll County still have an active chapter of the…

Luther
Beale was scrubbing his marble steps, a cherished visual…

The
cops came for Luther Beale late that afternoon. They…

Tess
yearned to go straight to Tyner's office the next…

The
Butcher of Butchers Hill was back. With a vengeance,…

As
many times as she had been there, Tess always…

There
was, in fact, quite a bit of blood on…

Uncle
Donald worked fast when he had something to do.

"This
is familiar," Martin Tull said. "You, me, a
murder…

A
week went by, a week in which nothing happened.

They
finally agreed on Wednesday, after school. Jackie and Tess…

Tess
hated all seafood. Crab hated her back. One bite,…

Tess's
driving proved to be the least of Judith's
concerns,…

Chase
Pearson's office in Annapolis was far grander than
Tess…

They
took Pearson's car, the sleek little 911 Porsche
of…

The
unseasonably beautiful summer had finally yielded to something
more…

Other
Books by Laura Lippman

H
e
was deep in his favorite dream, the one about Annie, when he thought he
heard the scratchy sound of pebbles on his window pane.
Snick,
snick, snick
. No, he had been the one who had
thrown the pebbles against Annie's window, so many years ago,
back on Castle Street. Then he would sing, when he saw her pull back
the curtain: "Buffalo girl, won't you come out
tonight, come out tonight, come out tonight." And she did.

What a skinny, long-legged girl she had
been, creeping down the fire escape in her bare feet, high-heeled shoes
stuck in the pockets of her dress, bright red birds sticking out their
long necks. "Patch pockets," she had said when he
had marveled at them. He marveled at everything about her—the
white rickrack she sewed along the hem and neckline of her dress to
give it what she called pizzazz, her heart-shaped face, the hollow at
the base of her throat, where he hung a heart-shaped locket.

No matter how many times she crawled down
that fire escape to meet him, she always hesitated on that final step,
about a half-story above the ground, as if she were scared of falling.
But he knew she was a little scared of him, of loving him, of what it
meant for a young, high-spirited girl to love a man so serious and
solemn. She would hang, the toes of her bare feet curling in fear as
she swung above the street, and he would laugh, he couldn't
help himself, at that skinny long-legged girl swinging above Castle
Street. His Annie. "The prince is supposed to take a girl to
a castle, but you already live on one," he used to tell her.
"Where am I going to take you, Princess?" He
promised to take her to Europe, to Jamaica, to New York City. In the
end he had taken her the five blocks to Fairmount Avenue, with a week
at Virginia Beach every August.

But that was forty years ago and Annie was
dead, almost ten years now, and he was alone in their bed. The little
burst of noise at his window must be a tree branch, or sleet on the
pane. But there were precious few trees on Fairmount Avenue and it was
early June, June third. Even half-asleep he knew the calendar to the
day, knew which numbers had come in, because he always wrote them on
that day's date. 467 on the Pick Three, 4526 on the Pick
Four, which he had straight for $350. His lucky day. But that was
yesterday. He had already collected on the ticket down at the
Korean's. He would have to check his dream book in the
morning, see what the number was for a lost love, for a heart, for the
color red.

Snick, snick, snick
.
Then a thicker sound, one he recognized immediately, the now all too
familiar sound of breaking glass. Window glass, straight below
him—no, a windshield this time. The sound shattered what was
left of his sleep, his dream, his Annie.

Those damn kids, the ones from over on
Fayette. Well,
no more
, he
resolved, then said it out loud. "No more."

He kept his gun in his bottom bureau drawer,
in a nest of single socks he held on to, because their mates might show
up one day. They made for good cleaning rags, too, slip one over your
hand and dust the woodwork. The bullets were with his never-worn
cufflinks, in the tiny drawers on either side of the old-fashioned
chifforobe. He loaded the gun with care, not rushing. After all, they
weren't rushing. When those kids got started, they took their
sweet time, knowing no one would call the police, and it
wouldn't matter if they did. Everyone in the neighborhood, so
scared of those little kids, and the cops so indifferent it could make
you cry. "It's just property," they said,
every time he called. Not
their
property, though. Just his car, his radio, his windows, his front door.
His, his, his.

He moved slowly down the staircase in the
dark, huffing a little. Lord, he was getting fat, he'd have
to start putting skim milk on his cereal. Nasty stuff, skim milk, not
much more than white water. But a man had to do what a man had to do.
John Wayne had said that, he was pretty sure. Saw that movie with Annie
in the old Hippodrome theater, or maybe the Mayfair. One of those. It
was hard to hold on to your memories with any exactitude the way the
city kept tearing things down. And the things the city didn't
tear down just fell down all by themselves. He and Annie had gone
dancing afterward, he was sure of that, over on Pennsylvania Avenue.

When he came out on the stoop, the children
were too engrossed in their nightly game of destruction to pay him any
heed. They dragged sticks along the sides of the parked cars,
methodically kicked in the headlamps and banged the fenders with rocks.
Eventually, he knew, they would break all the windows, then steal the
radios, if the radios were worth stealing. Those who didn't
have a good sound system in their cars were rewarded with ripped
upholstery, garbage on the floor, dog shit on the seats.

The marble steps were cool and slick beneath
his bare feet. He missed the bottom one, falling to the sidewalk with
an embarrassing dull, heavy sound, a too-ripe apple dropping to the
ground. Startled, the children looked up from their work. When they saw
it was him, they laughed.

"You go inside, old
man," said the skinny one, the one who always did all the
talking. "You need your sleep so you'll be ready
for all that napping you have to do tomorrow."

The short, chubby one laughed at this great
wit, and the others joined in. There were five of them, all foster kids
living with that young Christian couple. Nice as could be, well
intentioned but they couldn't do a damn thing with these
kids. Couldn't even keep them in nice clothes. Just kept
taking kids in and watching helplessly as they ran wild. The skinny
one, the chubby one, the boy-and-girl twins, and the new one, the
scrawny one who always needed someone to tell him to wipe his nose.
Yeah, that was the one thing these anticrime streetlights were good
for, letting you get a good look at the criminals as they went about
their work.

They laughed even harder at this, at this
pitiful old man sitting on the ground, telling them what to do. Then
they unloaded everything they had in their hands, pitching rocks,
sticks, and soda cans at him. He didn't try to cover his face
or head, just sat there and let their trash shower down on him. When
all the rocks and sticks had been flung, when they had shouted the last
crude thing they could think of—it was then, only then, that
he showed them the gun.