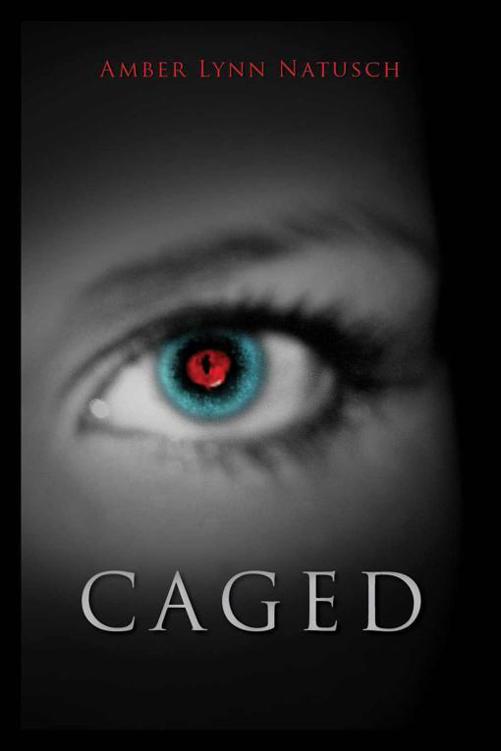 I saw my first tree that day.

I was twenty-eight years old.

I lifted my face from the fine, white, powdery snow that I lay in to see it. It stood dead ahead of me, tall and strong. It looked nothing like I had imagined; bigger, rougher. I struggled to drag myself over to that strong tree, propping up against it with the hope that its strength would somehow inspire my own. I looked up to see the billowing clouds dance across the sky. Dad had always told me that snow came when the clouds were thick and full.

My hand floated up to my face involuntarily, stopping before making contact. I observed it, slowly turning it different ways to familiarize myself with it. My eyes then darted quickly away to the rest of my body. They, not my hands, scanned myself. Seeing the state of my leg quickly turned my shock into horror as memories slowly leaked back into my consciousness.

My parents are dead.

I had been told from a young age that those born without sight tended to compensate with their other senses. I never felt like that was true of me, exactly, but I always had the ability to sense the strong emotions of others as if they were my own. An empath, as it were. When I said that I
felt
someone’s pain, I meant it literally.

My parents were yards away, but I couldn’t get to them. I felt their terror as death came for them violently. Distracted, I never heard their attackers coming for me. The tearing of my shirt’s fabric was my first sign of their presence. I could feel the warmth of their hands as they grabbed and pawed at me, ripping material off along the way. I had no idea how many of them there were.

As the screams of my parents faded, the attackers turned their undivided and unwanted attention on me. I never was one for being the center of attention, and that moment was no exception. I could feel the cold wind on my entire body as I started to black out.

I was so afraid…

When I awoke, I didn’t know whose blood was on me, but I knew it wasn’t mine.

I didn’t know how I got to wherever I was, but I knew I was hurt and unable to walk.

I didn’t know what day or time it was, but I knew I was alone, terrified, and missing a chunk of my life that I could not account for.

Despair closed in on me, and I tried to pull myself together long enough to figure out what to do. I needed to splint my leg. I needed to find shelter. I needed to find my parents’ bodies. I needed to do a lot of things. The only thing I seemed able to make myself do was curl up in a ball by that big tree and stare at the world around me.

My entire body shook. The bitter cold assaulted my bare skin that had been left desperately exposed to the elements. I seemed too detached from the situation to care - a paralyzing state of shock taking over.

I never heard the voices as they approached from the distance. They were white noise, indecipherable, until one called out to me. The voice was unfamiliar, yet fell on my ears like an old friend’s. I tried to yell, but instead of a thunderous “over here”, a mere squeak came out. Much to my surprise, he acknowledged, then ran towards me at a speed I hadn’t known a human could possess, but I guess I wasn’t really an expert.

A sudden, brief jolt of horror shot through me.
What if these are the people I’ve been trying to escape?
I went from elation to panic in a nanosecond. I struggled to find a way to stand up, only to be weighed down by the burden my right leg had become. I wanted to escape. The compulsion to run nearly tore me in half.

I can’t die this way.

My breathing became more rapid, shallow, and completely ineffective. I felt the darkness coming again. Just as my final grip on consciousness faded, I saw him. I thought he was an angel, sent by God to bring me home, to bring me to my parents. A dream come true, during my worst nightmare.

The contrast was beautiful and frightening.

“Shit! Just when you think you’re running out of places to slice yourself with questionable looking metal scraps, some fresh real estate pops up and introduces itself to the harbinger of tetanus,” I muttered to myself, jabbing my finger with the copper I was remaking into a bracelet.
If I can stave off lockjaw for another week I’ll consider myself the luckiest person alive.

Once it was clear that the bracelet wasn’t really interested in being sized, it gave me an excuse to cut out early and head upstairs to plan the events of the evening. The odds weighed heavily in favor of a salad for dinner with an HBO movie chaser, but it was an easy bet since I was the one stacking the deck. After doing a final run-through of the shop to make sure everything was shut down and straightened up, I made my way out the main entrance to an already bustling scene. All of the local restaurants which lined the old, cobblestone, New England streets were lit up creating an inviting ambiance for the people who filled the streets, making their way to the various establishments. I loved to walk around downtown, crowded with brick buildings dating back to the 1700’s. Portsmouth, New Hampshire had a lot to offer for a small city, without the drawbacks of being in a much bigger urban scene. No worries about being mugged on the way to your car, no fear of a drive-by shooting while out jogging, no stabbings, no gangs; virtually no violence at all, random or otherwise. Best of all no murders. That alone sold me on it.

I quickly soaked in the view and turned to lock the door.
Maybe I should actually go out tonight. Maybe loosen up and actually participate in socialization?
As I shoved that crazy talk far into the depths of my subconscious, I worked on unlocking the adjacent door that led up to my personal space, my second-story apartment and third-floor loft studio. I bought the three-story brick building with my inheritance. It was one of three things I owned that had any ties to my parents at all.

Even though I’d moved to Portsmouth nine months earlier, I hadn’t really made many friends. In fact, I hadn’t really made
any
at all, which made it a tad difficult to have a social life. I never gave too much thought to it, though. Everything was so chaotic after the death of my parents and having to assimilate into a seeing world only complicated things further. Although most things were easy enough to pick up on with a little study and help from those around me, I constantly encountered unknowns. Driving was beyond intimidating and it had taken me months to muster the courage to even try it at all. I had kept my dad’s car because of how much he loved it, and wanted to have the opportunity to see the nuances that he always spoke about that made it such a fantastic ride. It was the second of the three items linked to my parents.

When I entered the corridor I heard a faintly familiar sound and shot up the stairs to get into my apartment.
Is that my phone?
Nobody ever called me. I knew two people in town, and one of them owned my favorite Chinese restaurant. I highly doubted that my take-out was calling me.

I barely got to the phone in time, only to hear a prerecorded message reminding me that my recycling schedule had changed and I needed to put it out Monday instead of Tuesday.
Good to know.
After noting that on my virtually empty calendar, I turned the TV on for some dinner-making background noise. It was the only conversation I seemed to be a part of.

I giggled at some ridiculous show involving the strange mating rituals of drunken co-eds as I pieced together my salad.
Tonight I’m going to live on the edge and add avocado.
I really did need to get out more.

Feeling as though my IQ was dropping in direct proportion to the rapidly increasing beer count on the show, I decided to try the local news. I turned to a feature on the most recent bar/restaurant/club in town. I put my knife down, because multitasking had never been my thing, and watched the footage. The place looked promising. It had a fabulous contemporary decor that was very Euro-trendy and an actual live DJ spinning.
Interesting.