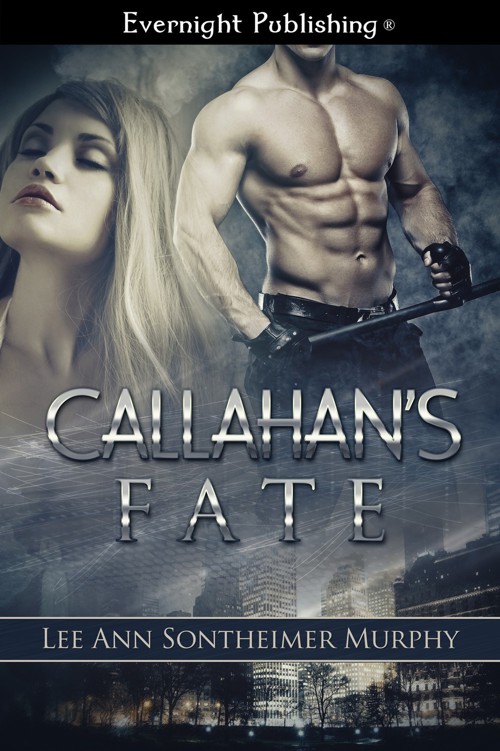 This is a work of fiction.
All names, characters, and places are fictitious. Any resemblance to actual
events, locales, organizations, or persons, living or dead, is entirely
coincidental.

On a rare Saturday off duty, Callahan
had nothing much to do.

Later that
evening, he’d probably drop into the never-ending poker game some of his
buddies hosted at the firehouse down the street. But for now, the day stretched
out empty but filled with possibilities.

He should sleep but he wouldn’t, since he was a lifelong early
riser.

Under a deep blue sky with no
more than a few clouds, the mid-October day intensified his recent
restlessness.

He wanted to be outside
and he needed diversion, so he decided to ride the Staten Island Ferry.

As a kid, he’d loved it but as an adult, he
couldn’t remember the last time he had ridden the ferry.

The prospect of time out on the water with
the sun on his shoulders and the wind in his face appealed, so he grabbed his
keys and headed for the subway, seizing the moment before he talked himself out
of it.

He ran a few errands
en
route, stopped to pay a couple of bills, and grabbed a sweet bun from a
favorite bakery along the way.

Callahan
descended the steps at Fulton Street Station to catch the train to South Ferry
and stopped, transfixed by a woman who sat on one of the old wooden benches,
head bent over an MTA map.

He knew right off she wasn’t a New York
girl.

It wasn’t just the waist-length
hair or the way she clutched her purse, but something in the way she hunched
her shoulders tight.

Callahan couldn’t
remember seeing a gal with hair down to her ass lately, but he liked it.

I bet
she’s pretty under all that hair.

He
wanted to see her face so he waited until she stood, and when she did, he
wasn’t disappointed.

If she’d been
smiling, he thought, she would be stunning.

But at the moment, she wore a frown and if he wasn’t mistaken, she might
burst into tears at any moment.

He moved close
enough to catch the scent of her perfume.

“Hey, do you need something?”

She stepped backward, and for a moment
he feared she might tumble onto the tracks. People did, every year, and some of
them died.

To prevent a tragedy, he
grasped her arm tight.

Her eyes widened
as she flinched at his touch.

Shit, I’m scaring her.
Callahan released
her. “Hey, calm down.

“I can’t find the right train.” Her
voice came out soft, like a small summer breeze.

It trembled and he sought to reassure her.

Then he considered the fact he wore blue
jeans faded almost white, an old New York Yankees T-shirt, and his worn-out
Reeboks.

He probably resembled a
bum.

“You don’t need to be afraid.

I’m a police officer, one of the city’s
finest.”

She arched one eyebrow. “Are you?”

He dug out his badge case, something he
always carried, and flipped it open to show his ID.

Her shoulders relaxed and she sighed.

She glanced up with a small smile. “So you
are.

Thanks, I could use some help.

I always get mixed up at Fulton Street.

Callahan laughed. “You
ain’t
the only one, doll.

It’s a notorious mess since they started remodeling it.

Someday, if they ever finish, it’s supposed
to be great, but right now it sucks. Where are you trying to go, anyhow?”

“Yeah, the Seventh Avenue Express,” he
said with a nod. “It’ll get you there.

I
can help you track it down, pardon the pun.”

“Thank you,” she replied.

Then she tossed her head, which rippled her
hair in a way he found both beautiful and provocative. “I really appreciate any
help I can get, Officer…”

Her head dipped in a brief nod. “I’m
Raine
Teasdale.”

“Pleased to
meetcha
,”
he said. “So you’re off to Times Square? Are you going to see a show or just
the sights?”

He pegged her for a tourist, but she
surprised him when she shrugged. “It’s just someplace to go on a weekend. I
haven’t made many friends yet, and I don’t feel so alone when I’m in a
crowd.

I thought maybe I’d just hang out
for a while, watch people and all that.”

Any other time, he minded his business
and kept his mouth closed, but curiosity got the better of him. “So what
brought you here?”

Please don’t let her tell me she plans
to star on Broadway, write a best-selling novel, or sing to a packed house at
Madison Square Garden, he thought.

Too
many people poured into New York every week with big dreams and empty pockets,
then
were crushed under the heel of the big city.

He didn’t want this pretty thing to share
their sad fate.

“I teach at-risk kids,” she said. That
surprised him.

She seemed fragile and
somehow too delicate to work with edgy students.

“Oh yeah?” he replied.
“High school, middle school, or what?”

“Mostly teens,”
Raine
told him. “I work with kids who are in juvenile detention, in the hospital or
some other facility, in orphanages, and a few of the schools.

I’m someplace different every day of the
week.”

A smile lit her face, the first he’d
seen, and it made her beautiful. “I teach them literature,” she said with
apparent pride. “We read everything from Charles Dickens to Carl Sandburg, from
The Outsiders
to
Harry Potter,
with a little Shakespeare and some Dr.
Suess
.

It’s early in the year.”

A teacher had turned him on to
reading in the sixth grade, and he’d been an avid reader ever since.

Books had been his salvation from the
sometimes tough streets of his boyhood on the Lower East Side and the Jacob
Riis housing project where he had lived.

Without the escape that reading had provided, he might have fallen prey
to drugs like his Aunt Brenda, the one everyone had called “Birdie,” who died of
a cocaine overdose when he was twelve.

When his mother died two years later, he had moved across the East River
to Brooklyn and lived with his grandmother until he graduated from high school.

“I had some good teachers, but I could’ve
used someone like you back in the day.

Raine
blushed. “I
hope so.”

A subway train rushed out of the dark
tunnel on one side of the platform, and she turned toward it. “Is that my
train?”

Callahan shook his head. “No, it’s a
number one train, so it’s mine.

It’s
headed the opposite direction from where you want to go.”

Her expression wilted. “I was hoping
you’d help me get on the right one before you had to leave.”

I can miss it,” he said. An idea struck. “Or
you can change your plans and come with me. You
wanna
ride the Staten Island Ferry?”

“Then let’s hustle,” he said and grabbed
her hand.

The subway cars came to a stop,
and as the doors opened to release passengers, Callahan pulled her toward the
front of the train.

As soon as the
people got off, they stepped into the car.

With standing room only, he maneuvered her toward the opposite corner
and secured one of the straps.

In the crowded car, he could smell her
perfume and the scent of her shampoo.

Raine
stood in front of him, her back against his torso.
Then she turned toward him and stood on her toes. “I will,” she whispered into
his ear.

Her hair fanned out and brushed against
his bare arm.

It tickled, and the
intimacy of it sent a shiver through Callahan.

His dick twitched in response, and for a moment he wanted her with an
unreasonable urge so strong he imagined taking her where she stood.

It would be easy enough to raise the black
skirt she wore and nail her from behind.

The moment passed and he chided himself for the thought.

He
would never have made a knight, not when he wanted to fuck the damsel in
distress, but he’d never claimed to be either a gentleman or noble-minded.

At Rector Street, when anyone heading to
South Ferry had to cram into the first five cars, he grabbed a pair of
seats.

She sank down beside him with a
smile. “Thanks.”

“For sitting down?” he asked. “You’re
welcome.”

“Thank you for inviting me to ride the
ferry,” she told him. “It’s one of the things I’ve wanted to do and haven’t
yet.

“Better,” he replied. “It’s one of my
favorite things to do, and I’m a native New Yorker.

At the South Ferry station, they got off
the train and climbed the steep stairs to street-level.

Along the way, he held her hand, telling
himself it was because he didn’t want to lose her in the crowds.

He told her how the
brand-new, multimillion-dollar subway station had opened but had been destroyed
by Hurricane Sandy. “This is the original one, built back in the early
1900s.

I’ve always liked to imagine the
ladies in their long skirts and picture hats, and the men in suits and
waistcoats or wearing fedora hats.”