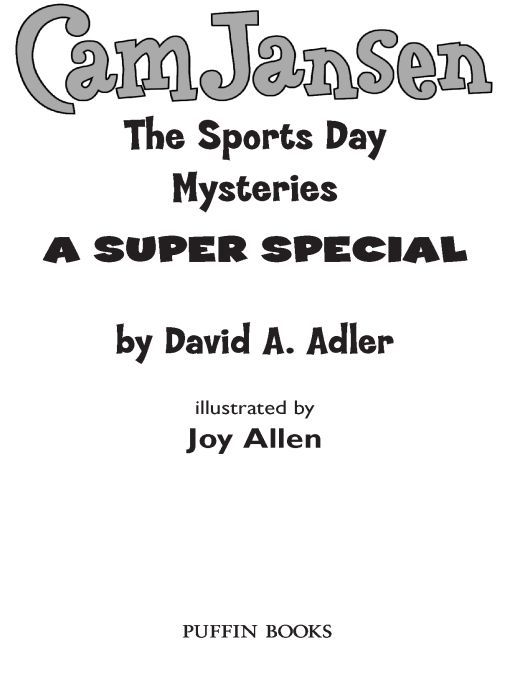 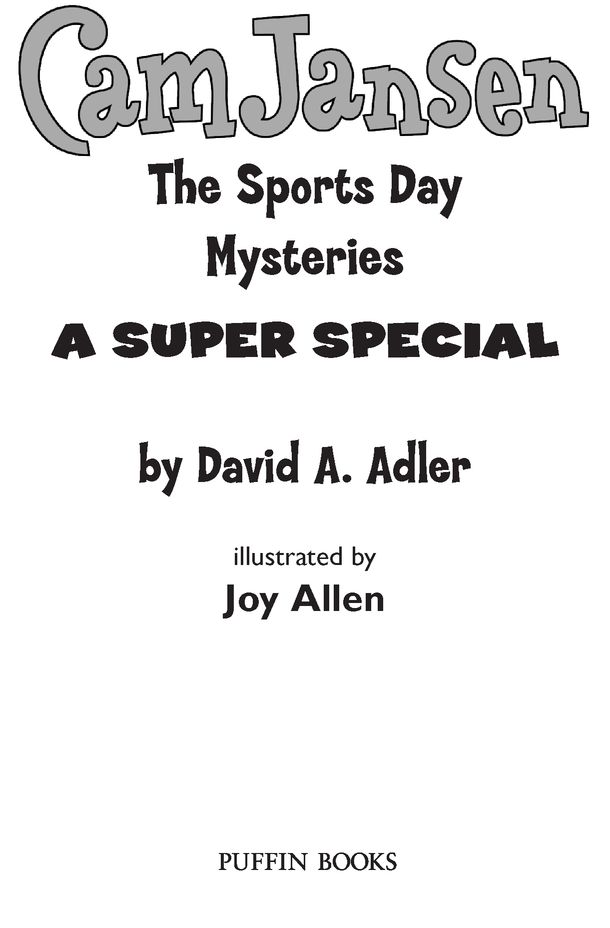 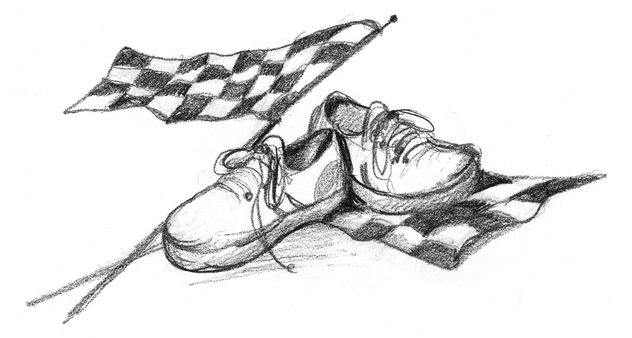 CHAPTER ONE
“Look at my face,” Danny said. “You’ll really want to remember it. One day you’ll say you went to school with the great Danny Pace.”
Beth shook her head. “That’s not what I’ll say,” she told him. “I’ll say I went to school with corny Danny Pace.”
“I’m great at sports,” Danny said. “I might win an Olympic gold medal.
“Maybe you’ll win a medal, but it will be for bad jokes,” Beth said.
Danny pretended to swing a baseball bat.
“Bam!”
he said. “Just wait until I come to bat in the baseball game. I’ll hit the ball a mile.”
Danny was holding a baseball glove. He pretended it was a bat and swung it right into Cam Jansen.
“Ow!” Cam said. “Put that away.”
“I’m sorry,” Danny said.
He put his glove on his head.
Today was Sports and Good Nutrition Day for the fifth grade. Fifth graders would go to Franklin Park. They would run races, play soccer and baseball, and have a picnic lunch. 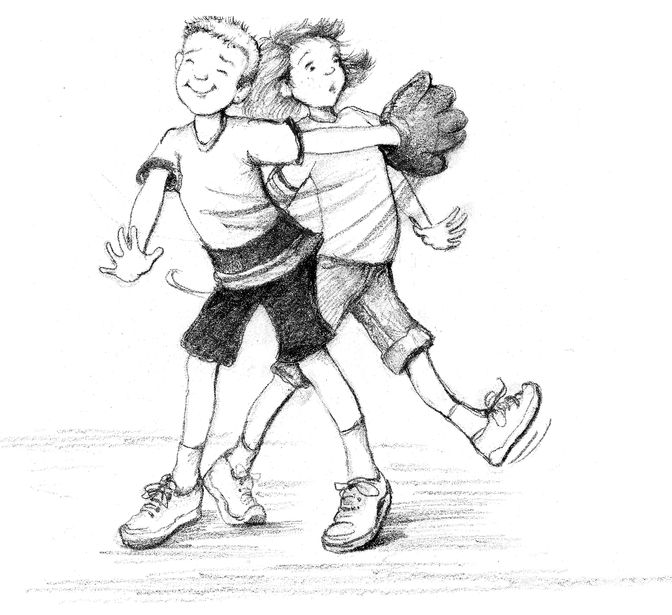 “Franklin Park is much bigger than our schoolyard,” Cam Jansen’s teacher, Ms. Benson, had told the class. “That’s why we’re going there instead of having Sports Day at school.”
Cam Jansen and her class were walking to the park. The other fifth-grade class, Mr. Dane’s class, was ahead of them.
Ms. Benson turned and held up her hands. The children stopped. “Please,” she said. “Let’s stay together.”
“Stay together,” Danny’s father said as he walked toward the back of the line.
Mr. Pace and several other parents had come along to help. Mrs. Wayne had come along, too. She was the principal’s secretary.
“Hey,” Mr. Pace whispered when he came to Danny. “When I was in fifth grade I was really great at sports. Do you know how high I could jump? I could jump higher than a house.”
“Wow,” Danny said. “That’s really high!”
“Sure,” his father told him. He laughed. “A house can’t jump.”
“Listen to this,” Danny told his father. “Yesterday in school I saw an egg in the hall. Do you know where it came from?”
“Did it come from the cafeteria?” Mr. Pace asked.
“No,” Danny said and shook his head. “It came from a hen.”
“Those jokes are terrible,” Beth said. “Let’s get to the park.”
“We’ll play baseball when we get there,” Danny said. “We’re playing against Mr. Dane’s class.”
Danny stepped back, took his hands from his pockets, and swung his pretend bat again.
“I think the races are first,” Mr. Pace told his son. “Then you play soccer.”
“Cam can tell us,” Eric Shelton said. He was Cam’s best friend. “The schedule was on the board in our room. Cam just has to look at the pictures she has in her head.”
Cam has what people call a photographic memory. It’s as if she has lots of photographs in her head, pictures of everything she’s seen. To remember something, she just looks at the pictures.
Cam closed her eyes. She said,
“Click!”
Click
is the sound a camera makes when it takes a picture. It’s also the sound Cam makes when she looks at the pictures she has in her head.
“The races are first,” Cam said with her eyes still closed. “There’s an egg-balancing race, a potato-sack race, and a backward race. We rest. Then we play soccer, eat lunch, rest some more, and then play baseball.”

Cam’s real name is Jennifer, but when people found out about her amazing photographic memory, they called her “The Camera.” Soon “The Camera” became just “Cam.”

A Week in Summer: A Short Story by Binchy, Maeve
Turn Up the Heat by Kimberly Kincaid
Sheriff Poole & The Mech Gang by Charles de Lint
Never Marry a Stranger by Gayle Callen
Winning Wyatt (The Billionaire Brotherhood Book 1) by Floyd, Jacie
Time Warped by Claudia Hammond
Ransom (Dead Man's Ink Series Book 3) by Callie Hart
Silver and Salt by Rob Thurman
When You're Expecting Something Else by Lowe, Whisper
Some by Fire by Stuart Pawson