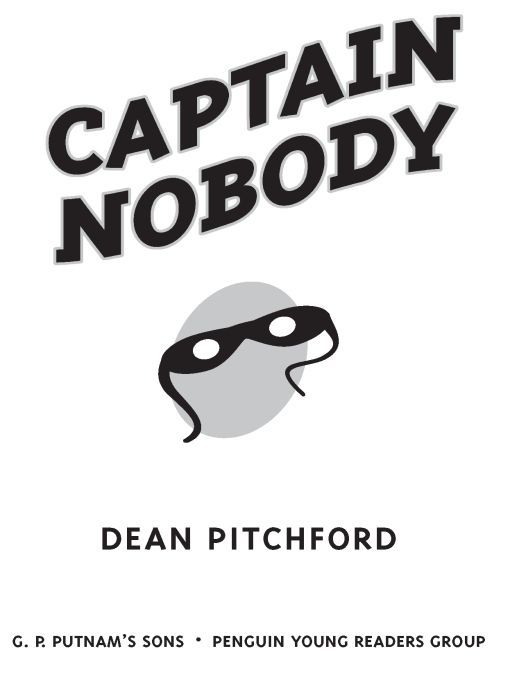 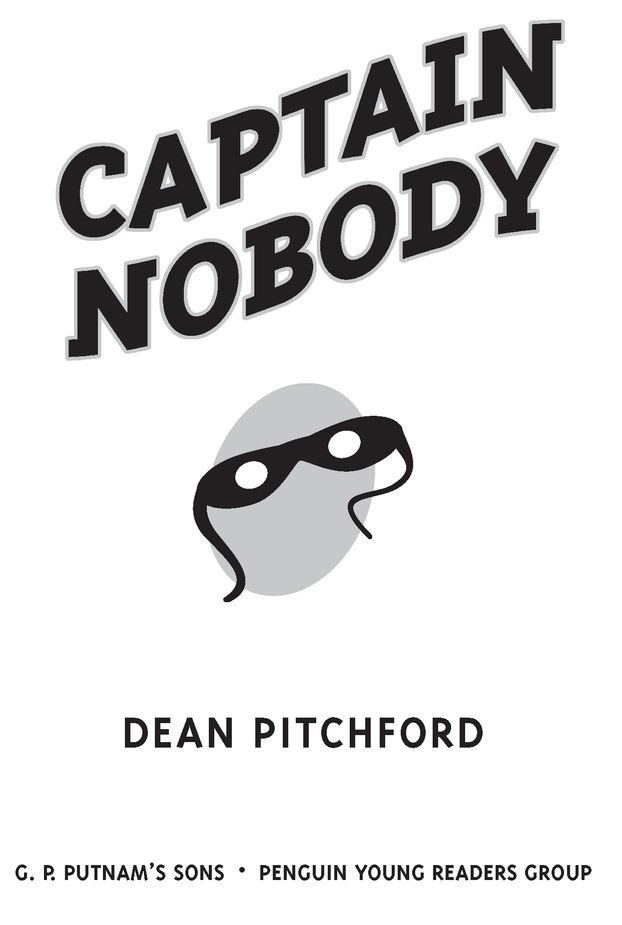 To Marie, who taught me the power of words
PROLOGUE
Uh-oh. This is not good.
I'm falling.
I'm not going to scream and yell about it, cuz I'm not the kind of kid who makes a lot of noise, but I'd like you to understand how critical my situation is. Iâwho am normally so terrified of heights that I avoid standing on tiptoeâI . . .
. . . am . . .
. . .
FALLING!
A very, very long way.
How'd this happen? One moment, I was high above the ground, clinging to the rickety wooden ladder that runs up the side of Appleton's last remaining water tower, and in the next blink, my foot snapped through a rotted rung, my feet dropped out from under me and my hands lost their grip. I dropped backwardâfalling, falling, falling.
And I'm still going. Funny thing is, I'm not really scared. Maybe that'll come, but now, with all this time on my hands, I'm suddenly aware of a bazillion questions rocketing around inside my skull. Questions like:
Is the sky always this color, or does it just look so amazingly blue because I'm closer to it?
Did any of those firemen and police on the ground see me fall?
If they did, will they catch me?
If they don't, will it hurt when I land?
And if it does, will I have to go to school tomorrow?
But before I can answer any of those questions, they all get pushed aside, and my brain flips backward through a blizzard of pictures . . .
. . . and feelings . . .
. . . and smells . . .
. . . and moments . . .
. . . and the page-flipping stopsâ
screech!
Yeah, I remember now.
It was the morning of the Big Game. The last time everything was okay.
1
IN WHICH NOBODY EATS BREAKFAST 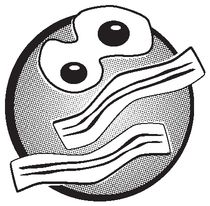 The sun wasn't up yet. It was the last Friday in October, so my breath made white puffs in the dark, cold air as I stepped out on the front porch to bring in the newspaper. In thick, black letters, the front page of the
Appleton Sentinel
announced, “Tonight's Big Game Is Biggest Yet!”
“You're not kidding,” I muttered as I went back into the kitchen to start breakfast. Mom used to make it, but her phones usually start ringing by seven, and she gets distracted. One morning last year, after she poured milk into a bowl filled with strips of raw bacon, I offered to take over.
This particular morning, I got the Mr. Coffee brewing, and then I pulled the sports section from the paper. I almost whooped with surprise. There, at the top of the page, was a giant color photo of my big brother, Chris.
Chris Newman.
I know exactly what you're saying now: “Chris Newman? The football player?
Really?
I didn't know he had a brother!”
Yup. Chris Newman has a brother. A short, skinny, freckled, ten-year-old brother.
Newton Newman.
I'm not kidding.
Newton.
My parents swear that when they named me, they were thinking about the guy who discovered gravity and not about a fig cookie.
The article under my brother's picture began with a history of the Big Game and how it's been played for almost forty years between my brother's team, the Ferocious Ferrets of Fillmore High School, and their crosstown archenemies, the Chargers of Merrimac High.
Merrimac has always beat the pants off Fillmore. Always.
But two years ago, “while still an untested sophomore,” the article said, “Chris Newman came off the bench to replace the quarterback in the last twenty seconds of the Big Gameâwith Fillmore five points behind. It was an electrifying debut.”
I still get goose bumps when I remember the moment my brother took the snap. He backed up, looked around frantically for an open receiver, and when he couldn't find one, he put his head down . . .
. . . and plowed seventy-three yards down the field to deliver the first Fillmore victory against Merrimac.
Ever!
“Last year, as a junior,” read the last paragraph of the article, “Newman led the Ferrets to a second Big Game victory, and this year, with both teams undefeated, excitement is running high. Chris New-MANIA is sweeping the town!”
As I folded up the paper, I was smiling so hard my cheeks hurt. That's my big brother they were writing about!
I scrambled a platter of eggs and cooked up some sausages. The smells from the stove floated upstairs, and pretty soon, Dad came bounding down.
“G'mornin', kiddo,” he said. “Smells good.”
“Dad!” I grabbed the paper. “Check out what the
Sentinel
said aboutâ”
Just then, Dad's cell phone rang, playing the Ferrets' fight song.
“Hang on, Newt,” he said as he flipped the phone open.
My dad's the supervisor for a company that builds buildings all over the countyâapartment houses and offices and places like thatâso, in the weeks before the Big Game, before the first winds of November whip into Appleton and freeze the ground, Dad has to make sure that every hole that needs digging gets dug.
Dad started unrolling blueprints on the kitchen counter, so I just scooped eggs and sausages onto a plate, poured a cup of coffee, and set them down where he could reach them as he talked. I figured I'd tell him later about the article.
That's when Mom staggered in, lugging a sledgehammer and a dozen For Sale signs for the houses she would try to sell that day. “Sweetie,” she mumbled, pecking me on the cheek, “did you see what I did with the keys to that three-bedroom on Elwood Street?”
I nodded toward the refrigerator. “Check behind the frozen waffles.”
She looked startled. “Seriously?”
“Seriously.”
Leaning the hammer and the wooden stakes against a wall, she opened the freezer and pulled out a frost-covered ring of keys. With a sigh, she dropped them into the pocket of her bathrobe. “I swear, Newt, if it weren't for you, I'd forget my head.”
“Mom!” I waved the newspaper over my head. “You gotta see this morning's sports secâ” But that's when the kitchen phone rang. Mom held up a wait-a-second finger and plucked the receiver off the wall.
“Good morning! . . . Oh, hi, Carole. . . . Tonight's cookout? Well, if you've got a question, I've got an answer.”
Since Chris's sports career took off, the number of family friends who show up for my parents' pregame tailgate barbecues has grown to the size of a small village. At first, Mom always takes charge and tells people what dishes to bring. But then she forgets.
“Newt,” Mom said, holding the phone against her chest, “it's Carole Hennessey from across the street. Remind meâis she bringing a gallon of coleslaw or ice cream for thirty?”
“Mrs. Hennessey's in charge of potato chips,” I said. “Ten bags.”
“Of course!” she exclaimed and returned to her call. “Carole? I just remembered!”
She waved off the plate of food I'd prepared for her, but she cradled the phone to her shoulder so she could take the cup of coffee I'd poured. She sipped it as she walked around from room to room, stretching the phone cord to its limit.