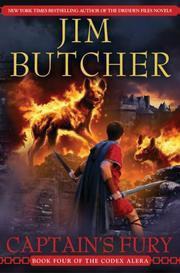 For my angel. For everything.

Many thanks to Jennifer and Anne, for their ongoing perseverance in dealing with me; to the Beta Foo Asylum, though by this point, I don't think any of you people are going to recover; to the fine folk at NERO Central, without whom no one would pound on me with boffer weapons; and to my dog, without whom I would not be reminded daily that I am essentially little more than a ridiculous human being who has somehow swindled somebody into paying me to write down conversations with my imaginary friends.

Amara soared down in a slow, gradual descent through cold, heavy rain as she neared the camp of the Crown Legion. Cirrus, her wind fury, held her aloft on the shoulders of a miniature gale, and though she wore the leather clothing any flier found necessary, she almost fancied she could feel her skin chafing through it, and she was definitely sick of shivering with the cold.

A trio of armored figures took flight and swept toward her upon their own furies' gales, and Amara slowed, hovering in place to meet them. It was the third and last perimeter around the camp, and one of the knights flashed a challenge in broad hand signals to her while the other two took position above her, ready to dive upon her if necessary.

Amara recognized the men by sight, just as they would recognize her, but in these troubling times, a familiar face was not necessarily any assurance of a friendly party. She gave them the countersign, and only then did the three Knights Aeris take their hands from their weapons and form up around her in a friendly escort as she wearily flew the last mile or so to the camp.

Amara did not land at the standard location, just outside the camp's palisade. She'd covered more than three thousand miles in the past three days, and the very thought of walking through the camp was nearly enough to knock her unconscious. She came down just outside the commander's tent, despite the regulations against it and the debris Cirrus's approach would scatter all over the area. Her legs quivered, all rubbery with fatigue, as she settled her weight on them and ceased maintaining the effort to direct Cirrus.

"Countess," murmured a small, slender man, his few remaining grey hairs shorn close to his scalp, Legion style. He was rather dapper in his fine tunic, but Amara knew that Enos, a former Cursor himself, was one of the deadlier knife hands in Alera. Mild disapproval in his voice did nothing to dampen his smile. "Soaring in here as bold as you please, I see."

"I'm sorry to make extra work for you, Enos," Amara replied, as they stepped underneath a nearby pavilion, out of the rain.

"Nonsense. I'll get one of our Subtribunes Logistica to tidy up. We valets are far too important for such things, you know." He offered her a warm towel, and after she had used it to wipe her face and hands, he pressed a steaming cup into her fingers.

Amara sipped at the thick broth and let out a groan of pleasure. Long flights always left her enormously hungry, and there'd been far more flying than eating over the past few days. "Bless you, Enos."

"Not at all, Countess," he replied. "The least I can do for someone who just beat the previous flight speed record from here to the capital by a full day."

"The First Lord doesn't pay me to lark about," Amara said, and flashed him a smile. "How much did you win?"

Amara finished the broth, and Enos immediately filled her hand with another mug of tea. She sipped it. Delicious. Perhaps she'd manage to walk all the way to a warm bunk before she collapsed, after all. "Is he available?"

"The captain is in conference with Lord Aquitaine," Enos said. "But he insisted that I take you to him as soon as you arrived."

Enos bowed his head to her with another smile, and Amara strode over to the commander's tent. Winters here in the south weren't nearly so frigid as in Alera's more northerly reaches, but they were generally cold, rainy, and miserable. The tent was doubled, one slightly larger one outside another, creating a small pocket of warmer air between the interior and the outdoors. Amara opened one flap after another, and strode into Captain Miles's command tent.

It was a fairly spacious arrangement, lit by a trio of bright furylamps hung from the central post. The post itself was part of the large sand table in the center of the tent, one currently molded in the shape of the topography between the Legion's camp, at one end, and the city of Kalare at the other, with small models representing the various forces scattered about it. Other than the sand table, the room contained a writing desk, several camp stools, and a single small trunk and bedroll resting upon a folding cot, Miles's only personal gear.

"And I'm telling you that it's the only way," growled Miles. He was a man of average height but built like a stone rampart, all stocky strength. His armor bore the dents, scratches, and permanent scorch marks of the action it had seen since the beginning of Kalare's rebellion. There was grey threaded through his short, dark hair, and as he paced the length of the sand table, studying it, he moved with a slight but definite limp. "If we don't move in concert, we'll risk defeat in detail."

"Don't be such an alarmist," the second man in the tent said. He was far taller than Miles, long-limbed, and sat on a camp stool with an easy confidence that made him seem to fill more of the tent than Miles. There was something leonine about him, from dark golden hair that hung to his shoulders to his dark, hooded eyes, to the casual strength evident in his shoulders and legs. Aquitainus Attis, the High Lord of Aquitaine, wore a red silk shirt, dark leather trousers, and evidently felt no need to wear armor. "If two years here have shown us anything, it's that Kalare can no more easily maneuver through the fens than we can. The chances that he'd be able to catch your force in time are minimal."

Miles glared at the other man. "I note that if we follow this plan, your own forces will be completely insulated from danger."

"If it works," Aquitaine countered, "we roll up Kalare's mobile forces before summer is fairly under way, and besiege the city within two weeks after."

"And if it doesn't, my men face everything Kalare has left on their own."

"It
is
a war, Captain," Aquitaine said in a mild tone. "There does tend to be the occasional risk."

Miles snarled out something under his breath, and his hand fell to the hilt of his sword.

Aquitaine's teeth flashed in a slow, feline smile. "Captain, don't you think we should hear from the good Countess before we discuss this further?"

Only then did Miles glance over his shoulder and see Amara. There was color high in his cheeks, and his eyes glittered with anger. He glowered at Amara for a moment, then shook his head, composed his expression, gave her a nod, and said, "Countess, welcome."

"Thank you, Captain." She nodded to Aquitaine. "Your Grace."

Aquitaine gave her a speculative stare and a bland smile. Amara refused to allow herself to show the discomfort she felt under the man's gaze. Aquitaine was quite probably unsurpassed in furycraft by anyone in the Realm, save the First Lord himself—and Gaius was no longer a young man. Though she had never seen him using it, she knew Aquitaine was a man of tremendous power. It made her uncomfortable to be such a singular object of his attention.

"What news from the Crown?" Miles asked her.

"There is to be a council assembled for the War Committee to determine the course of this season's campaign," Amara said. "The First Lord requests and requires your attendance, Captain, and yours, Lord Aquitaine."

Miles made a rude noise. "First a committee. And now a council."

"It's a committee
for
the Committee," Aquitaine murmured, his tone suggesting that the subject was one of the few in which he was in wholehearted agreement with Captain Miles. "Ridiculous."

"Elinarch, eh?" Miles said. He grunted. "Be nice to get to meet this young virtuoso running the First Aleran. Heard a lot of talk about him."

Aquitaine made a noncommittal sound. "If Kalarus decides to push our positions in person while we—" By which, Amara thought, he means himself."—are away, our forces could be hard-pressed."

Miles shrugged. "Intelligence reports suggest that the rumors of his invalidism are true. I understand he sustained rather severe injuries in a fall, courtesy of Count Calderon. They seem to have incapacitated him."

"That may be precisely what he wishes us to think," Aquitaine pointed out, "to say nothing of his heir. Young Brencis lacks in experience, but his crafting talent is considerable."

"The First Lord has given us a command, Your Grace," Miles said.

Aquitaine rolled his eyes and sighed as he rose to his feet. "Yes, of course. The old man plays the music, and the rest of us dance. Captain, under the circumstances, I believe we can continue this discussion later."

Aquitaine nodded to them both and strode out.

Miles watched Aquitaine depart, took up a soldier's tin mug that sat on the sand table, and threw back a long draught of what smelled like ale. "Arrogant jackass," he muttered. He glanced up at Amara. "He's doing it again."

"Nothing I could prove in a court. Aquitaine's Legions fight beside us, but they're always just a little bit too slow, or too fast. When the fighting starts, the Crown Legion ends up taking the worst of it." He slammed the mug back down onto the sand table. Granules of sand flew up from the impact. "My men are dying, and there's not a crowbegotten thing I can do about it."

Thin Love by Butler, Eden
How Best to Avoid Dying by Owen Egerton
Gaining Hope by Lacey Thorn
Why Do Men Have Nipples? by Mark Leyner
Shadows of the Realm (The Circle of Talia) by Lister, Dionne
THE WAVE: A John Decker Thriller by J.G. Sandom
Now and in the Hour of Our Death by Patrick Taylor
Dream of the Blue Room by Michelle Richmond
Secrets to Hide 2: Naughty Little Christmas by Ella Sheridan
Wild Hunts by Rhea Regale